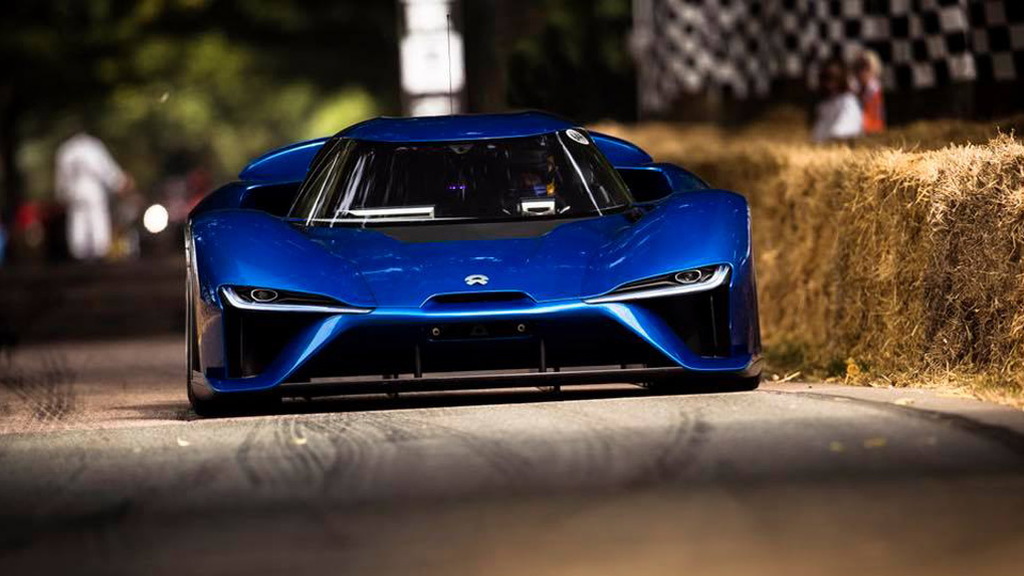 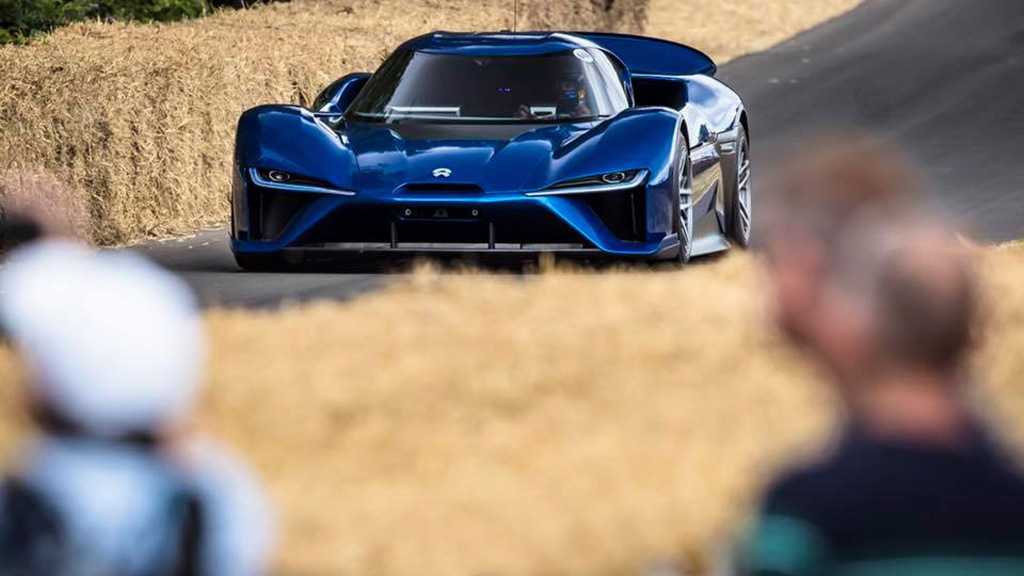 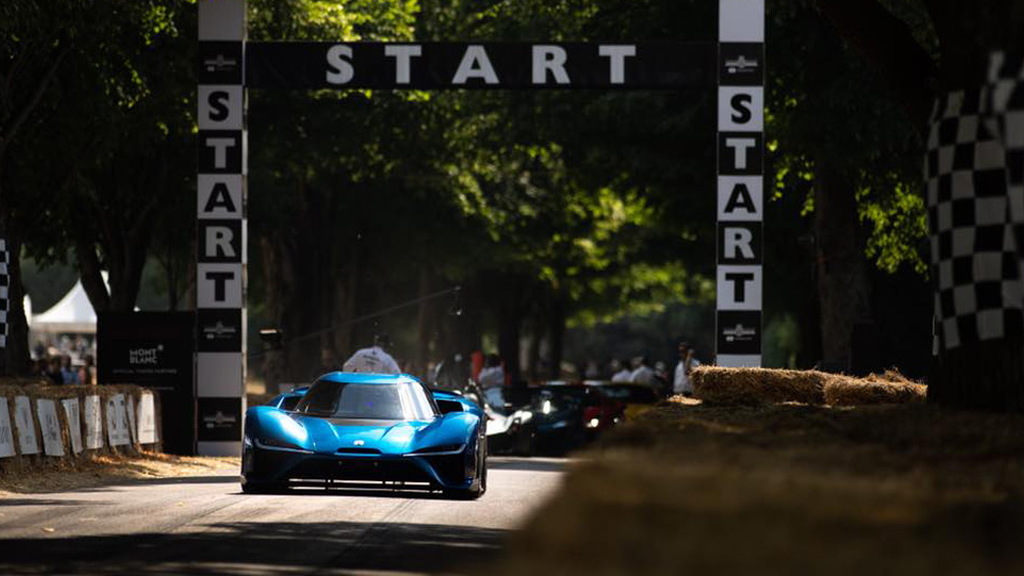 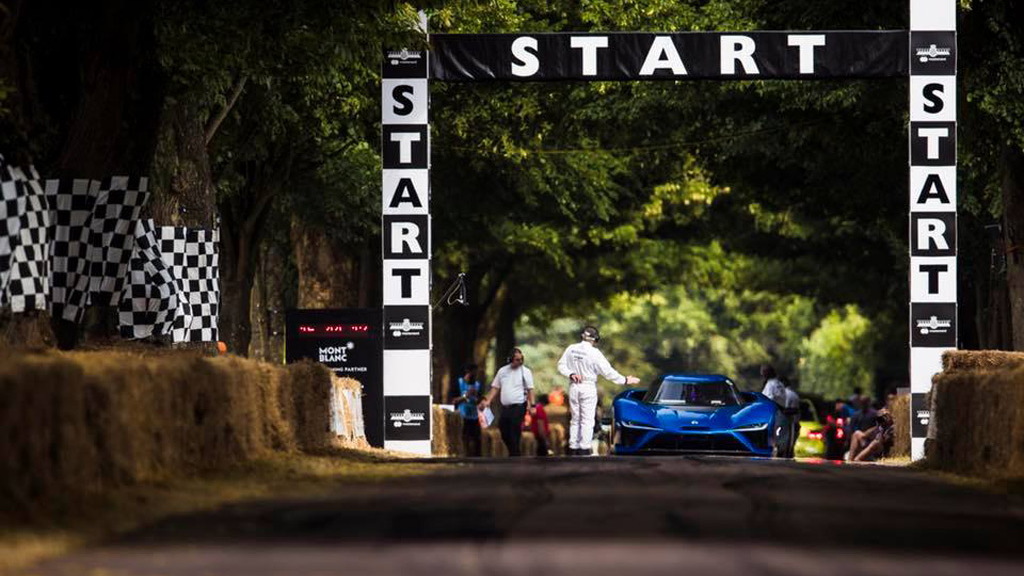 The car ran a time of 44.61 seconds during Saturday's Supercar shootout event, which is just a few seconds off the overall record of 41.6 seconds set by Nick Heidfeld in a McLaren MP4/13 Formula 1 car back in 1999. Doing the driving this time was Scottish racing driver Peter Dumbreck.

We'll remind you that the EP9 is also one of the fastest cars around the Nürburgring. It set a time of 6:45.90 around the Green Hell in 2017, and despite what the title of the video says the EP9 is strictly a track car.

For readers unfamiliar with Nio, it is a Chinese electric startup that aims to become a mainstream brand worldwide. After securing the inaugural Formula E Championship title, Nio set out to build the EP9 electric supercar.

Nio EP9 at the 2018 Goodwood Festival of Speed

The car features four electric motors delivering a combined 1,342 horsepower and 1,091 pound-feet of torque. The power is enough to rocket the EP9 from 0-60 mph in 2.7 seconds to a top speed of 195 mph.

Following the supercar, Nio unveiled its first production vehicle, the ES8 electric SUV in China last year. Starting at roughly $68,000, the electric SUV returns an estimated 220 miles of range with its dual-electric motors and 70-kilowatt-hour battery pack. Nio also has plans to offer battery swapping in as little as three minutes. Such a service would render the ES8's electric driving range limitations moot. Of course, the company has to build the infrastructure to make that service viable. Deliveries of the SUV will begin this year, Nio said this month.

As for the EP9 supercar, Nio originally intended to build six examples with a price tag of $1.48 million each. However, last year the Chinese brand said it would build 10 more. It's unclear if any copies will ever make their way to the United States. Future models are planned for sale here, though.

CORRECTION: An earlier version of this story described the EP9 as street-legal.