It's a classic scenario: man versus machine. In this case, we're talking about Roborace and professional driver Ryan Tuerck. The challenge? To see if Roborace's DevBot self-driving race car is quicker around a Formula E circuit than Tuerck.

Roborace first burst onto the scene in 2016 when the company unveiled a self-driving racer concept. After tweaking the final design and showing off numerous runs featuring DevBot prototype racers, Roborace unveiled its final car, the Roboracer.

In the video, Tuerck faces off against a DevBot running Roboracer's technology. Onboard are Lidar and machine vision cameras to help the self-driving race car makes its way around the Rome-based circuit as quickly as possible.

Tuerk is a formidable challenge, however. Not only does he know how to get around a track quickly, but Tuerck is also a Formula D champion. We can only assume his drifting skills helped him tame the gobs of torque during acceleration from the DevBot's electric powertrain. Tuerck is an accomplished driver and has been named Formula D Driver of the Year and holds three championship wins. 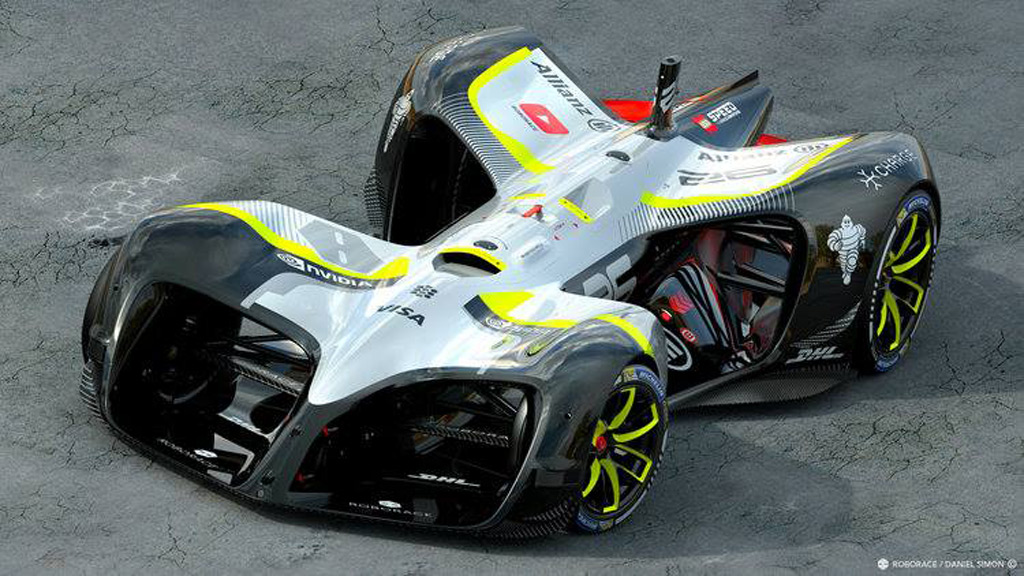 As for DevBot, it's unclear how much power its making. Since Roborace's announcement in 2016, the company's been light on details. All we know is the final product will be able to reach speeds of 190 mph. Eventually, a Roborace series will launch an exhibition-style event supporting the Formula E Championship and hosting up to 10 teams.

After a few practice laps, Tuerck climbs in to see what kind of time he can manage. After his hot laps, he exits satisfied but knows he's made mistakes around various corners. DevBot can't speak, so we can only imagine the team was proud of its performance.

We won't spoil the outcome, but it's worth a watch in the video above.