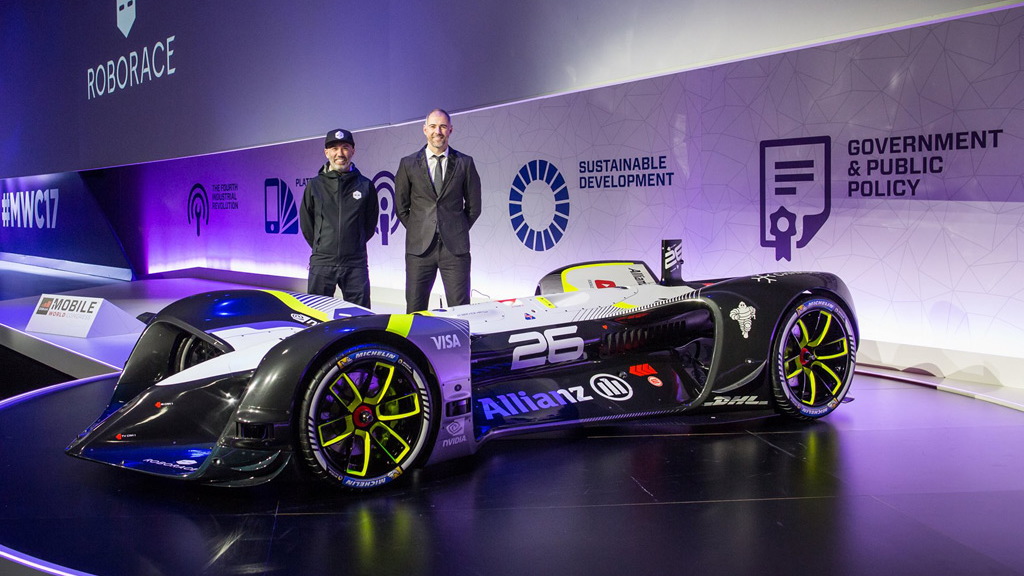 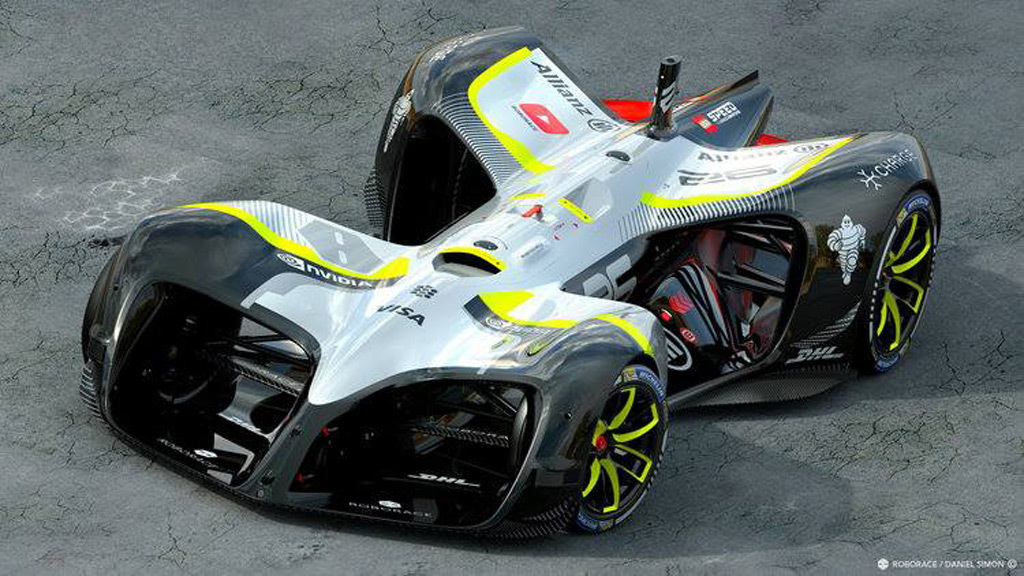 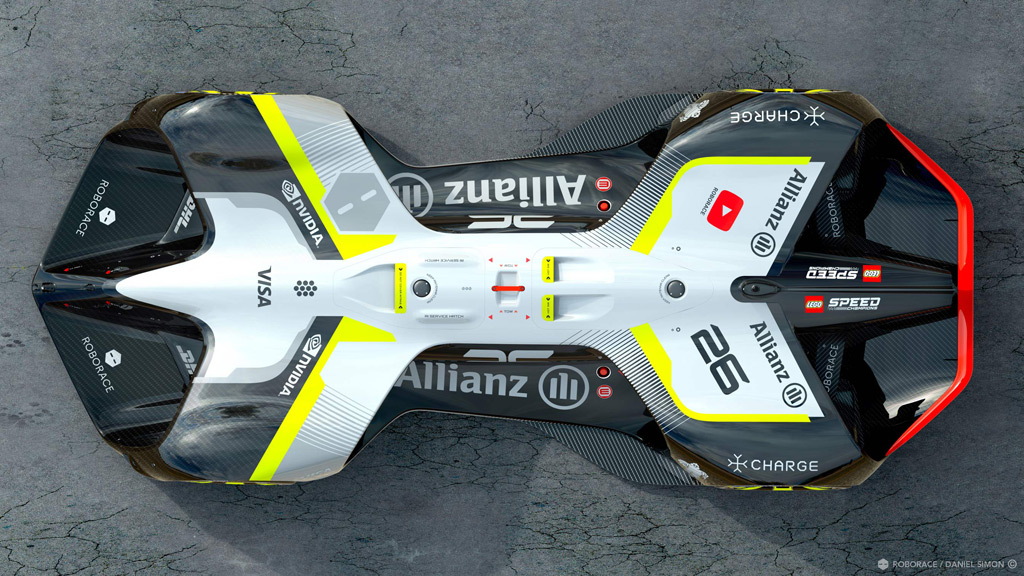 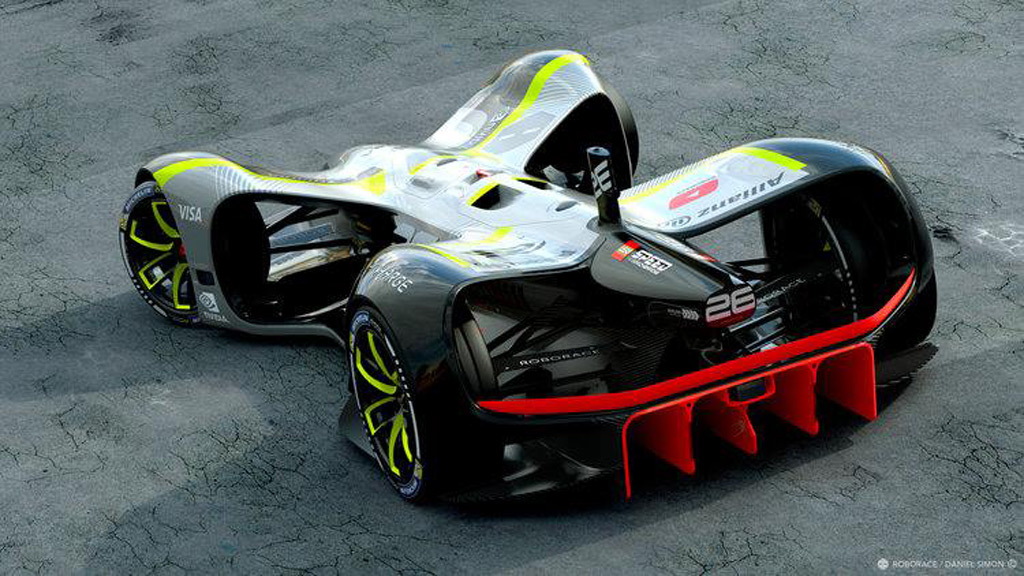 Self-driving race cars may be anathema to genuine race fans, but there’s no doubt the phenomenon has the potential to further hone the technology for road cars, which after all is one of the enduring legacies of motorsport.

A company by the name of Roborace is working on the world’s first race for self-driving cars and at this week’s 2017 Mobile World Congress presented the car that will compete in the inaugural race. (The inaugural race is yet to be announced but will coincide with one of the races of the Formula E Championship.)

Called the Robocar, the self-driving race car was previewed in concept form a year ago and is currently in the prototype stage. A demonstration race between two Robocar prototypes, referred to as Devbots, took place during the Buenos Aires round of the current Formula E season but ended prematurely when one of the cars crashed. At some points, the cars reached speeds of 115 mph.

The Robocar weighs a little under 2,200 pounds, with most of the weight accounting for a lithium-ion battery with a massive 540-kilowatt-hour capacity. Meanwhile, power comes from four electric motors delivering around 400 horsepower each. There are also dozens of sensors whose collected data is processed by Nvidia’s Drive PX 2 technology which combines the data with artificial intelligence to ultimately control the car.

In Roborace, the cars and all the hardware will be identical among the teams, including the various sensors fitted and the electric running gear. Where teams will be able to gain an edge is through custom artificial intelligence software controlling the cars. In fact, the “battle of algorithms” is one of Roborace’s taglines.