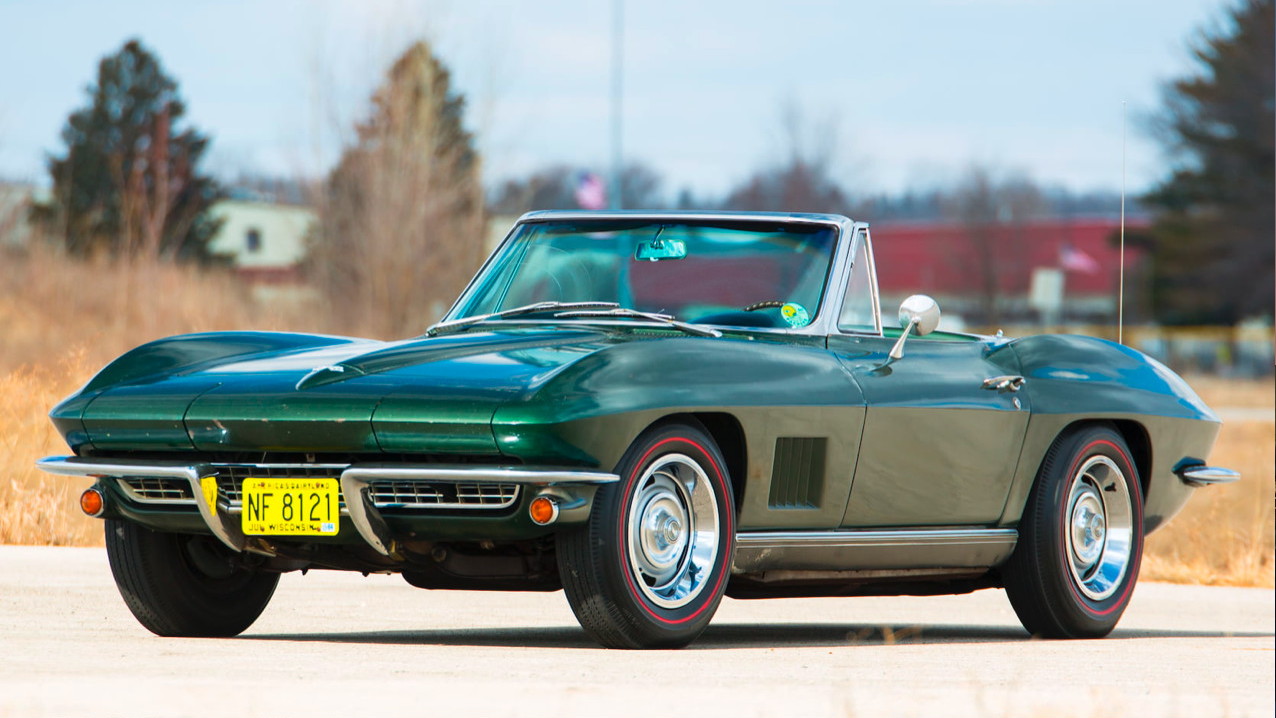 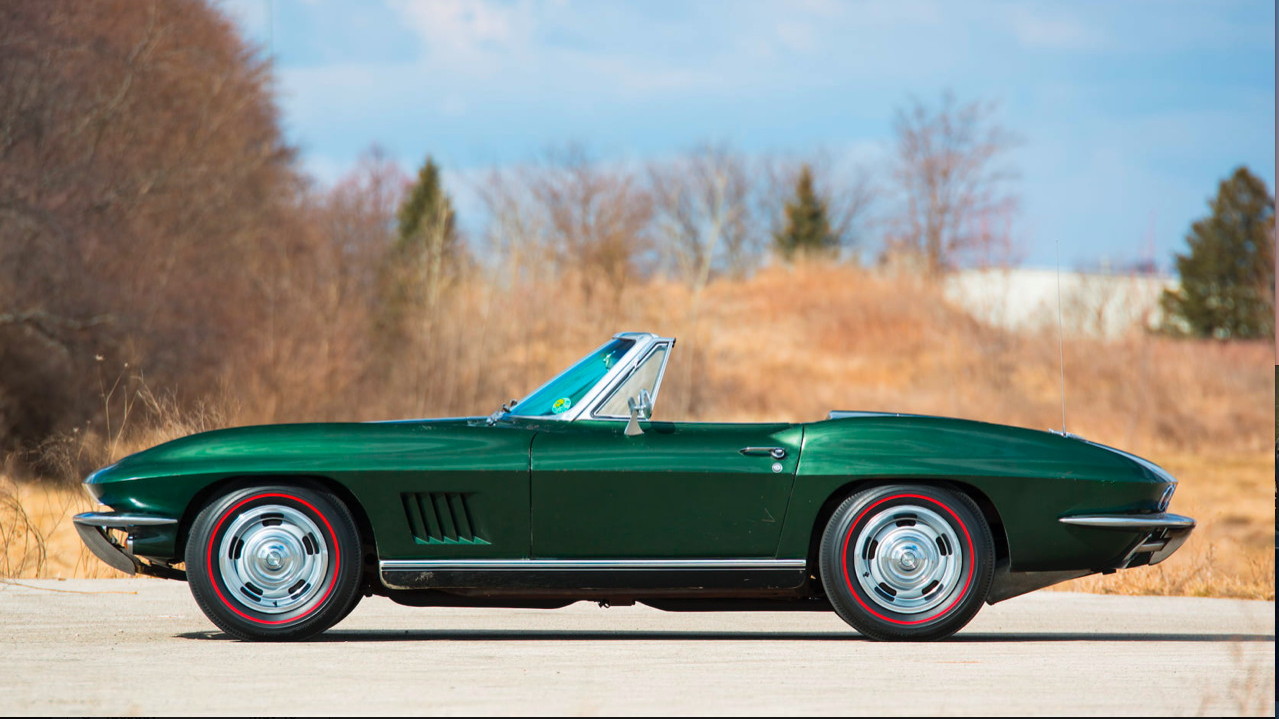 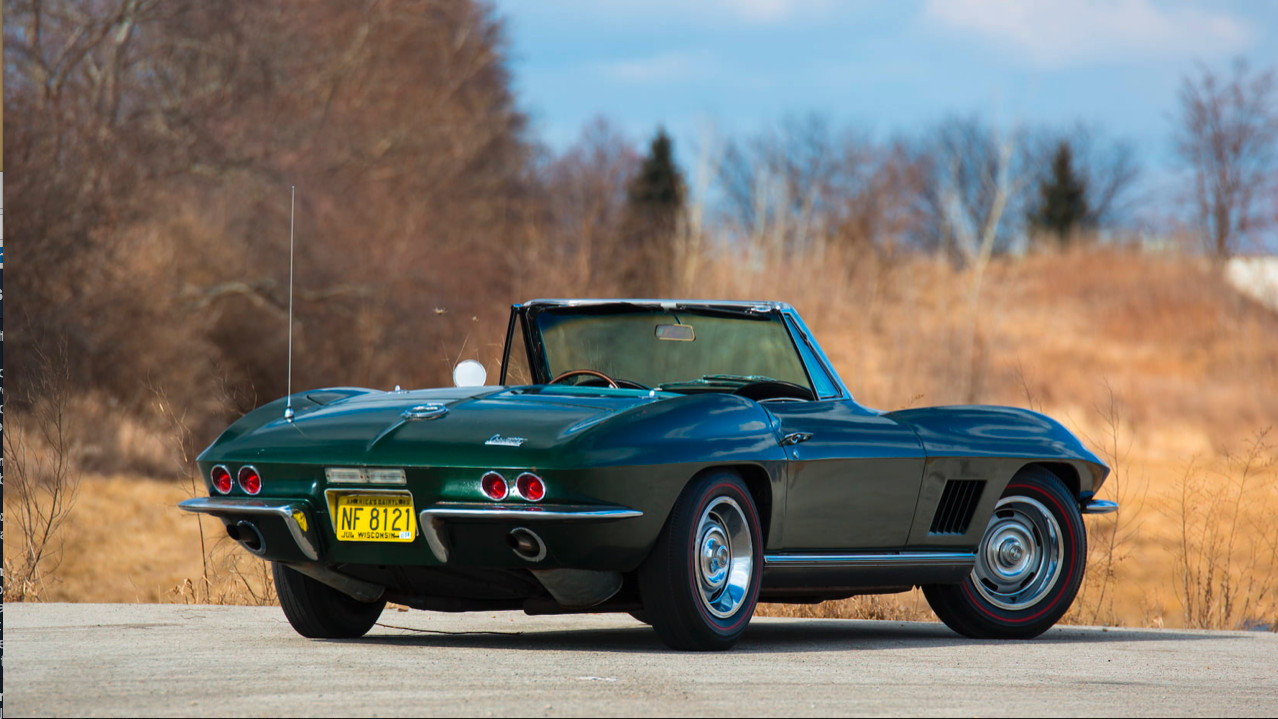 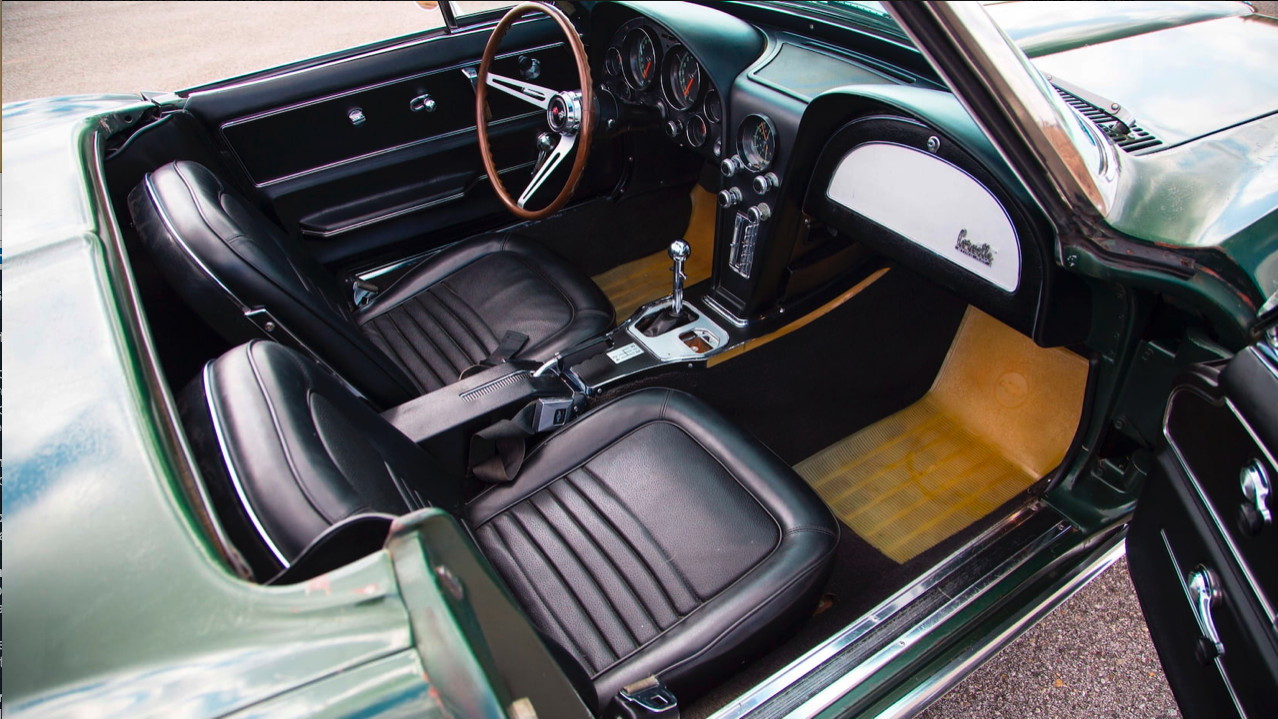 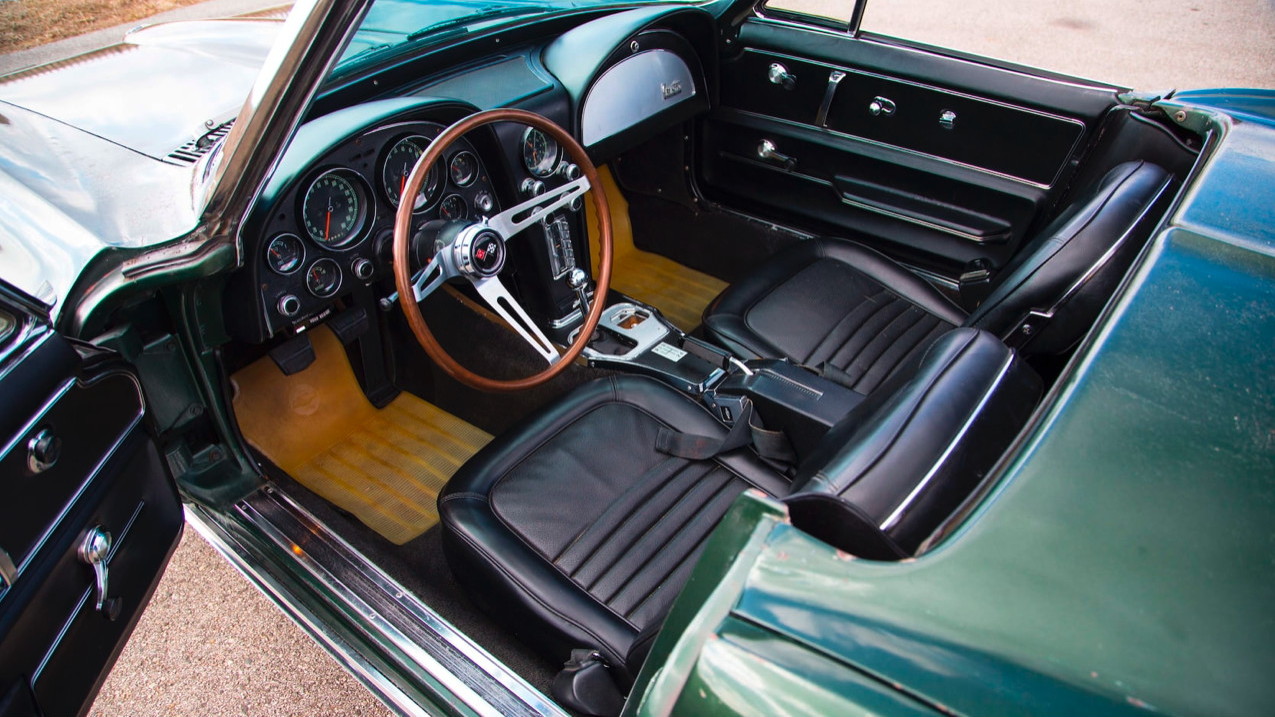 On January 15, 1967, Green Bay Packers quarterback Bart Starr completed 16 of 23 passes for 250 yards, with two touchdowns and one interception as the Packers rolled over the Kansas City Chiefs 35-10 in the first AFL-NFL World Championship game (which would later become known as Super Bowl I). For his efforts, Starr was named the game's MVP and was awarded a shiny new 1967 Chevrolet Corvette Sting Ray convertible. That Corvette is now going up for auction.

The car is documented with a tank sticker that says "Courtesy Delivery - B. Starr." It presents with its original and patinated Goodwood Green paint, which was chosen to match the Packers' home jerseys and is only slightly touched up. Just 48,000 miles show on the odometer and the listing says they are believed to be original.

According to the listing, Starr owned the car for only a short time in the 1960s, and eventually it came into the hands of a woman in Wausau, Wisconsin, who owned it for 20 years. In 1994, she sold it to Michael Anderson, owner of Thunder Valley Classic Cars of St. Joseph, Minnesota, which specializes in Corvettes. Anderson has several Bloomington Gold restorations under his belt, but instead of restoring the car, which had been in storage for years, he decided to take the body off the frame and clean and recondition the underside.

Anderson replaced the body mounts, rubber suspension components, U-joints, seals, and bearings. He also installed a new Dewitts radiator, though the original is also included with the auction, overhauled the brake system, and upgraded the calipers with stainless-steel piston sleeves.

The rest he left as time had treated it.

Under the hood sits a 300-horsepower, 327-cubic-inch V-8 hooked to a Muncie 4-speed manual transmission. Anderson says the car runs and drives well, and the numbers-matching engine has never been out of the car and retains its original gaskets and paint.

The Corvette rides on bias-ply Redline tires mounted on Rally wheels, and those tires should be able to lay down two black stripes on the pavement thanks to a 3.36:1 positraction differential.

The car also features the original black interior, black soft top, and Soft Ray-tinted windshield. Inside, it has a telescoping steering column and an AM/FM radio.

Head to Indianapolis for the Mecum Auction May 15-20 for your chance to buy this piece of automotive and NFL history.

Editor's Note: This story has been updated to state that Mr. Starr only owned the car for a short time in the 1960s based on updated information from the auction listing.