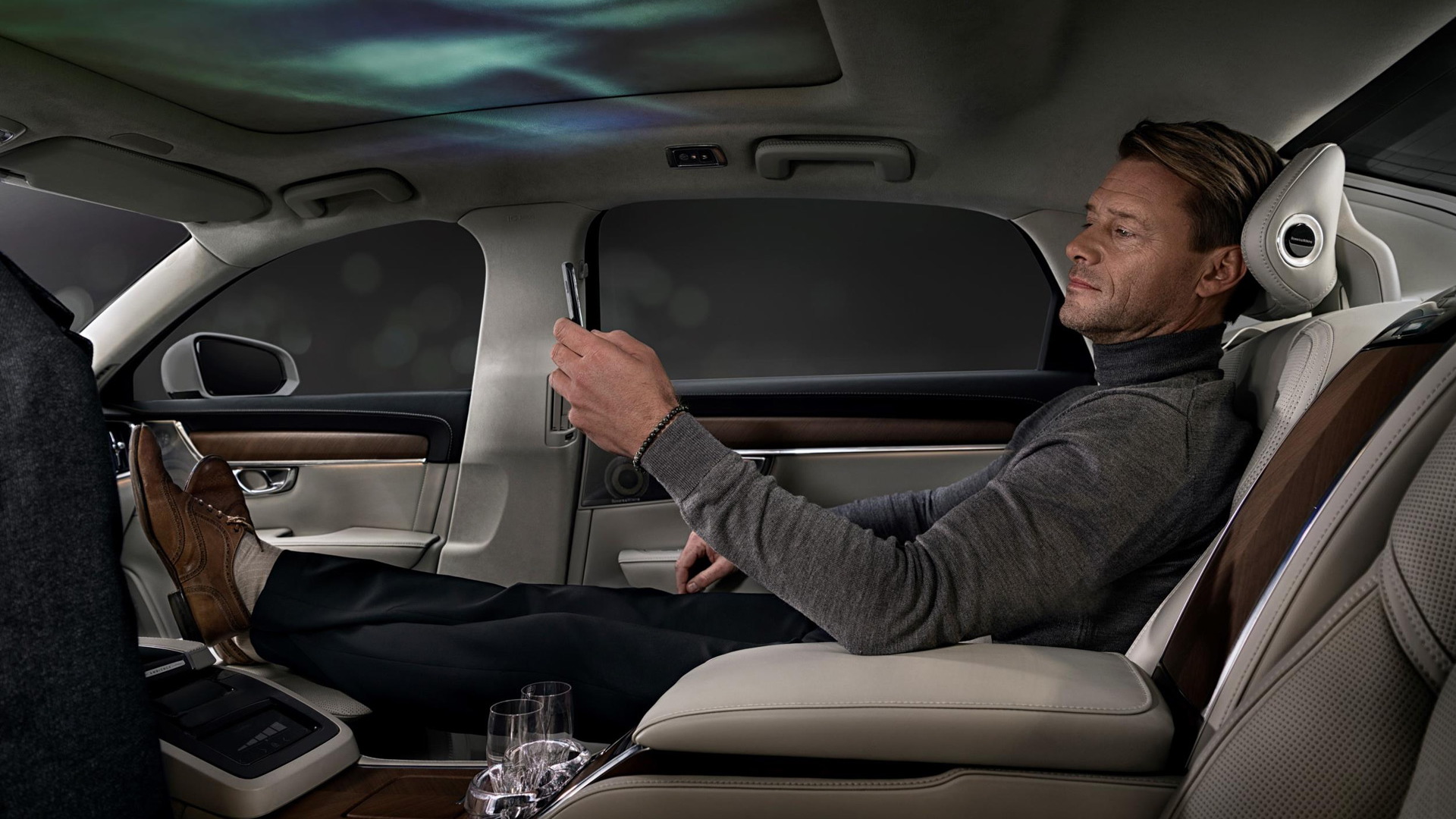 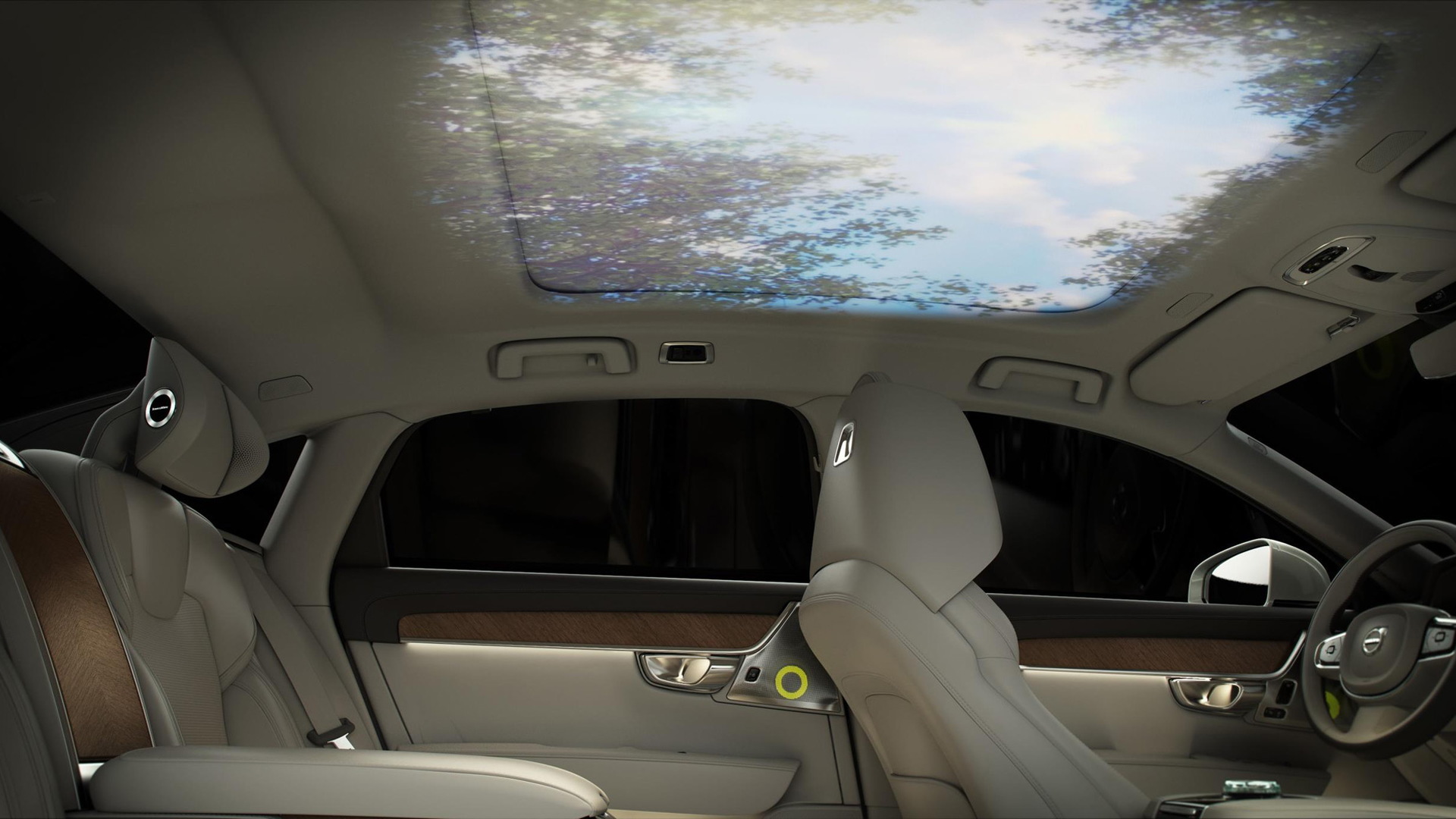 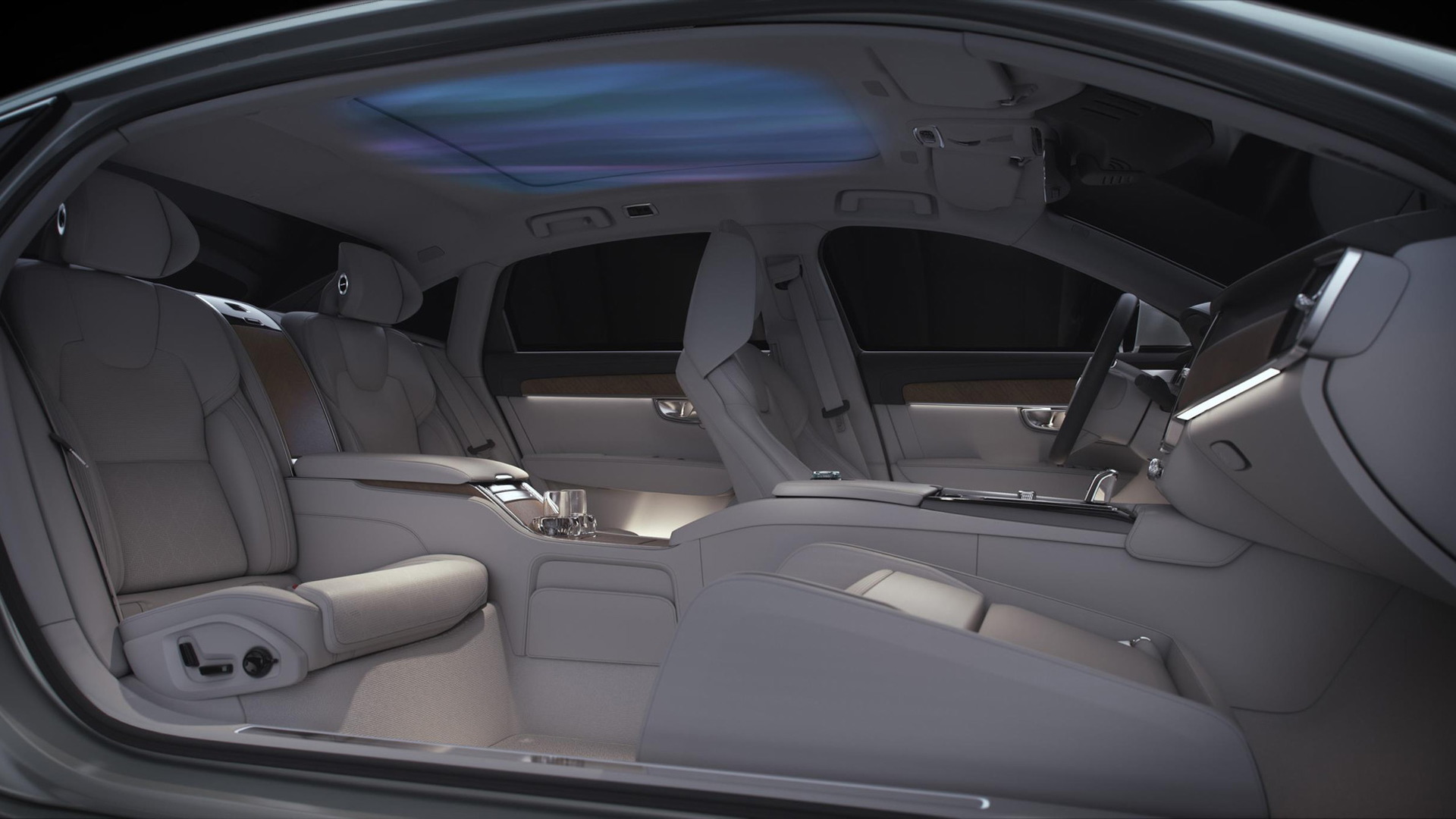 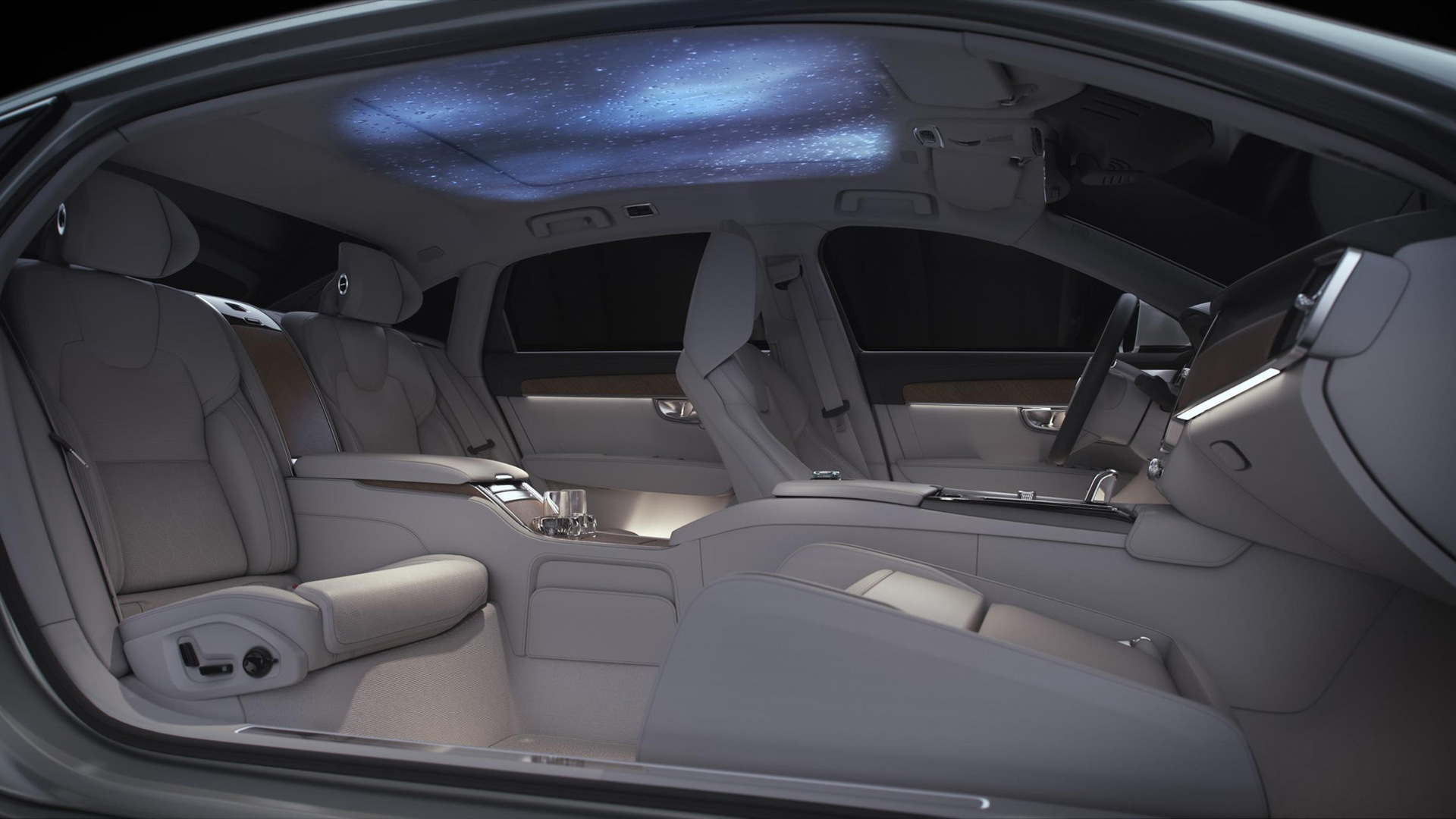 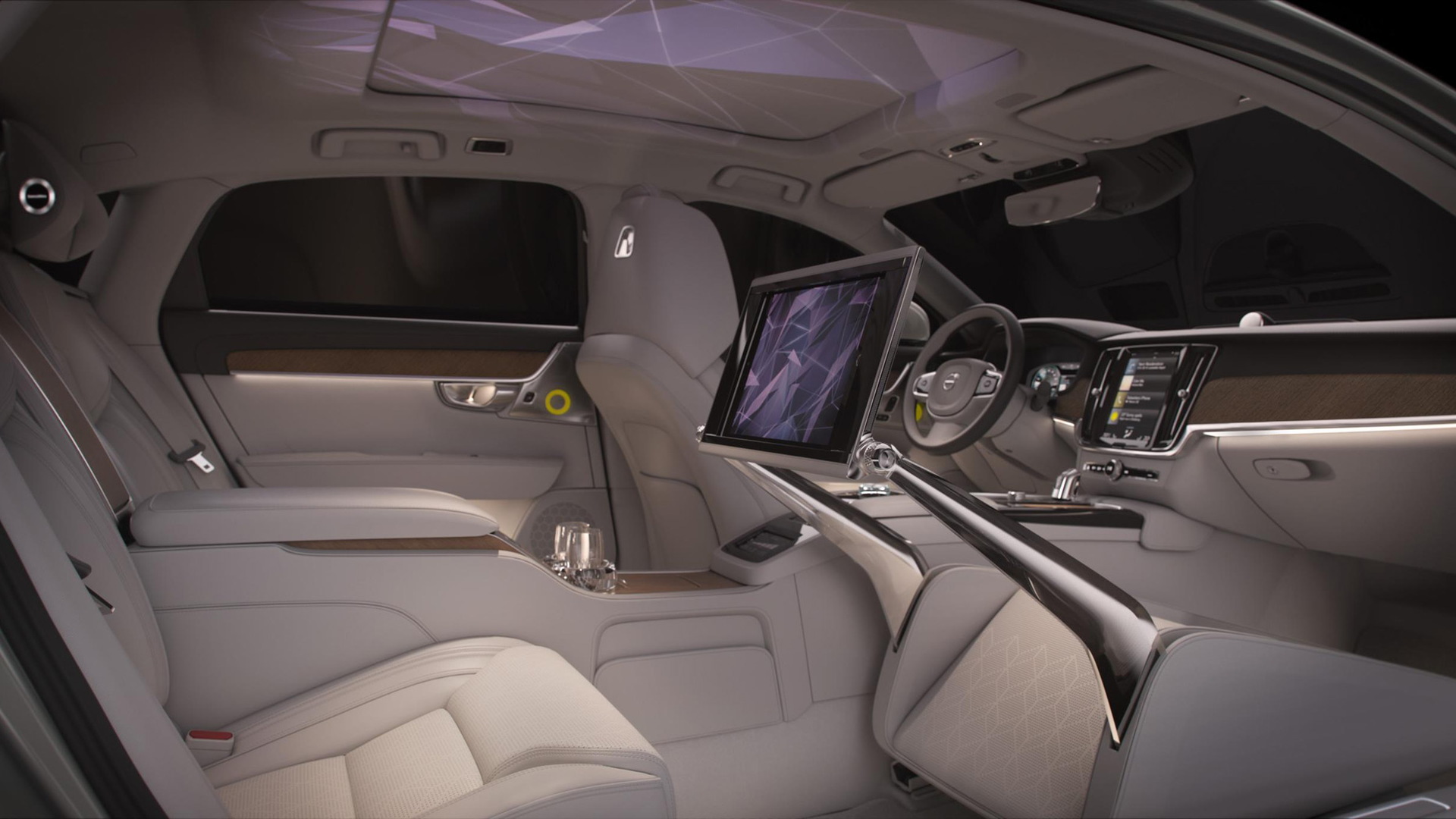 A relaxing environment is an important aspect for many buyers of luxury cars in China.

It's one of the main reasons we've seen automakers introduce novelties such as mood lighting, reclining rear seats, and perfume diffusers in recent years.

Volvo is now taking car ambience to the next level with a concept based on the S90 sedan. Aptly called the S90 Ambience, the concept makes its debut on Wednesday at the 2018 Beijing auto show and features what Volvo boasts is an industry-first sensory experience that synchronizes visuals, sounds and scents to make the cabin as inviting as possible.

The concept is based on Volvo's S90 Excellence, which skips the front passenger seat in order to maximize legroom for someone sitting in the rear. But in the S90 Ambience, a smartphone can be used to choose one of seven visual themes synchronized with different sounds and scents.

The visual element transforms the car’s ceiling according to the selected theme—including Northern Lights, Scandinavian Forest, Swan Lake, Archipelago and Rain—each providing a different mood scaling from relaxing to invigorating. There's also a Nocturnal theme for resting, while a Freedom theme gives a boost of fresh and uplifting energy.

The synchronized sounds play through a Bowers & Wilkins premium audio system, which includes small tweeters in the headrests for an immersive sound experience. Each theme is also matched with one of four bespoke scents, which deploys simultaneously from a portal in the center console.

For now the S90 Abience is strictly a concept, however Volvo says there are plans to make the relaxing features of the car available in the S90 Excellence in the near future.