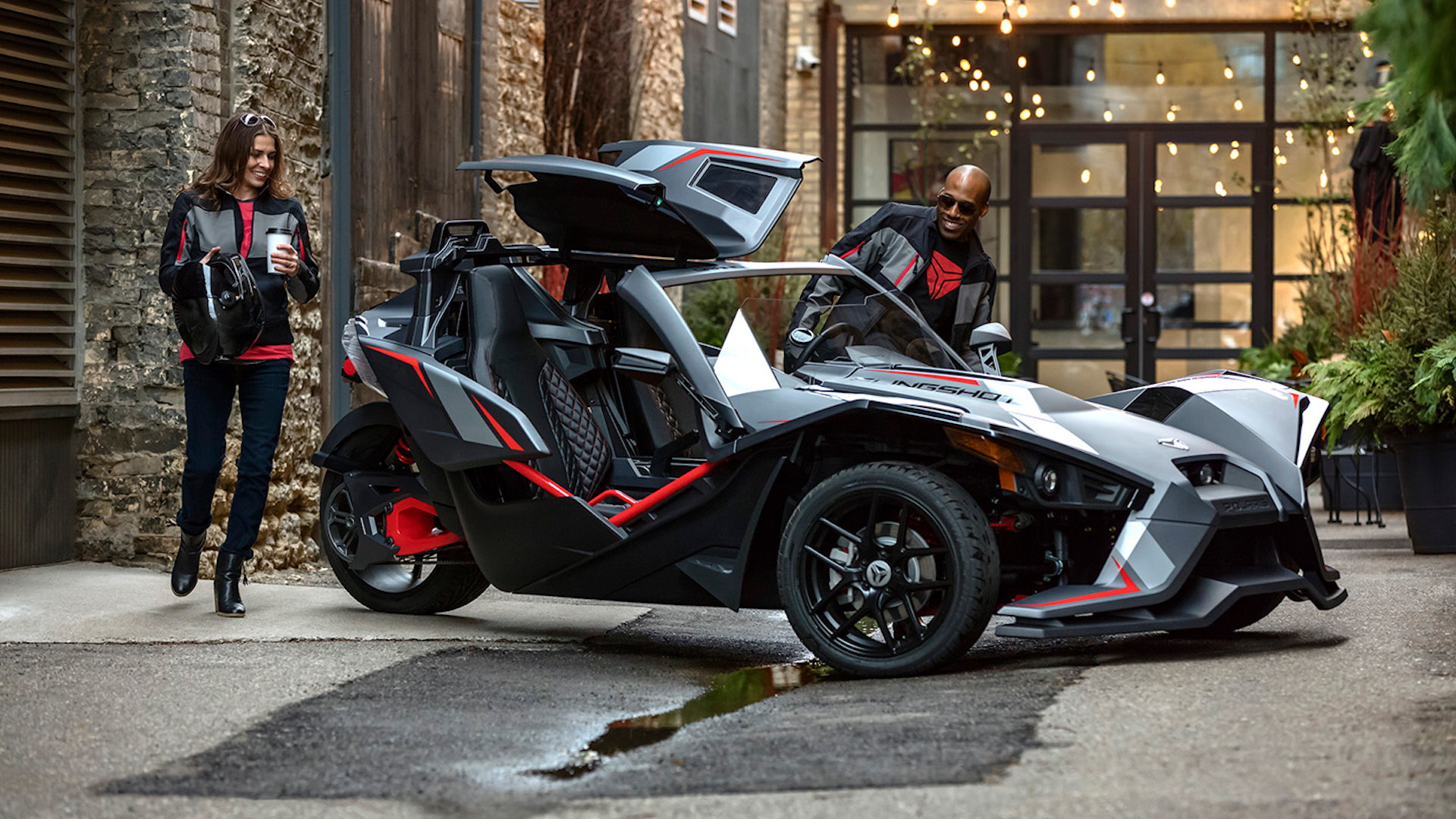 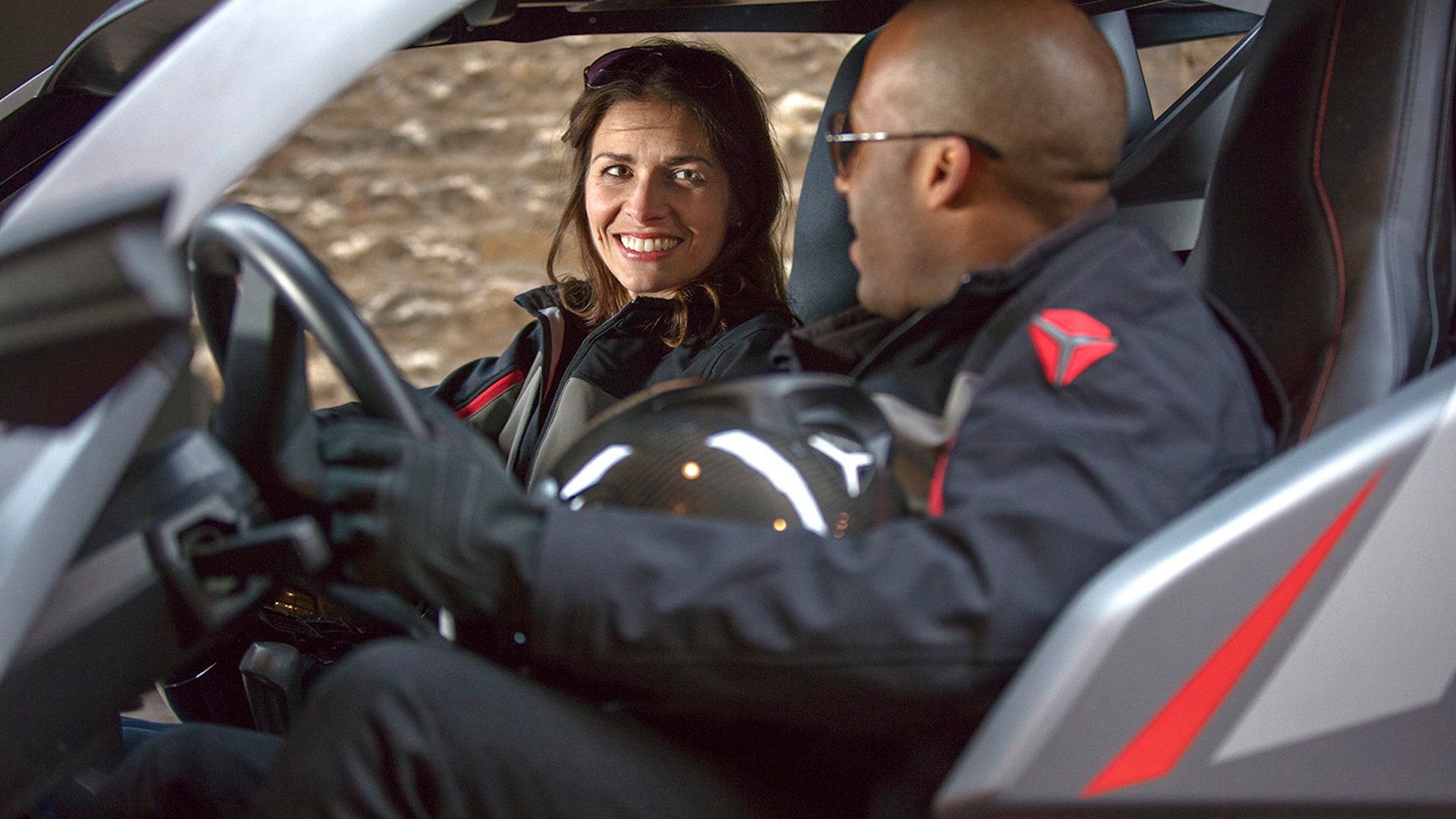 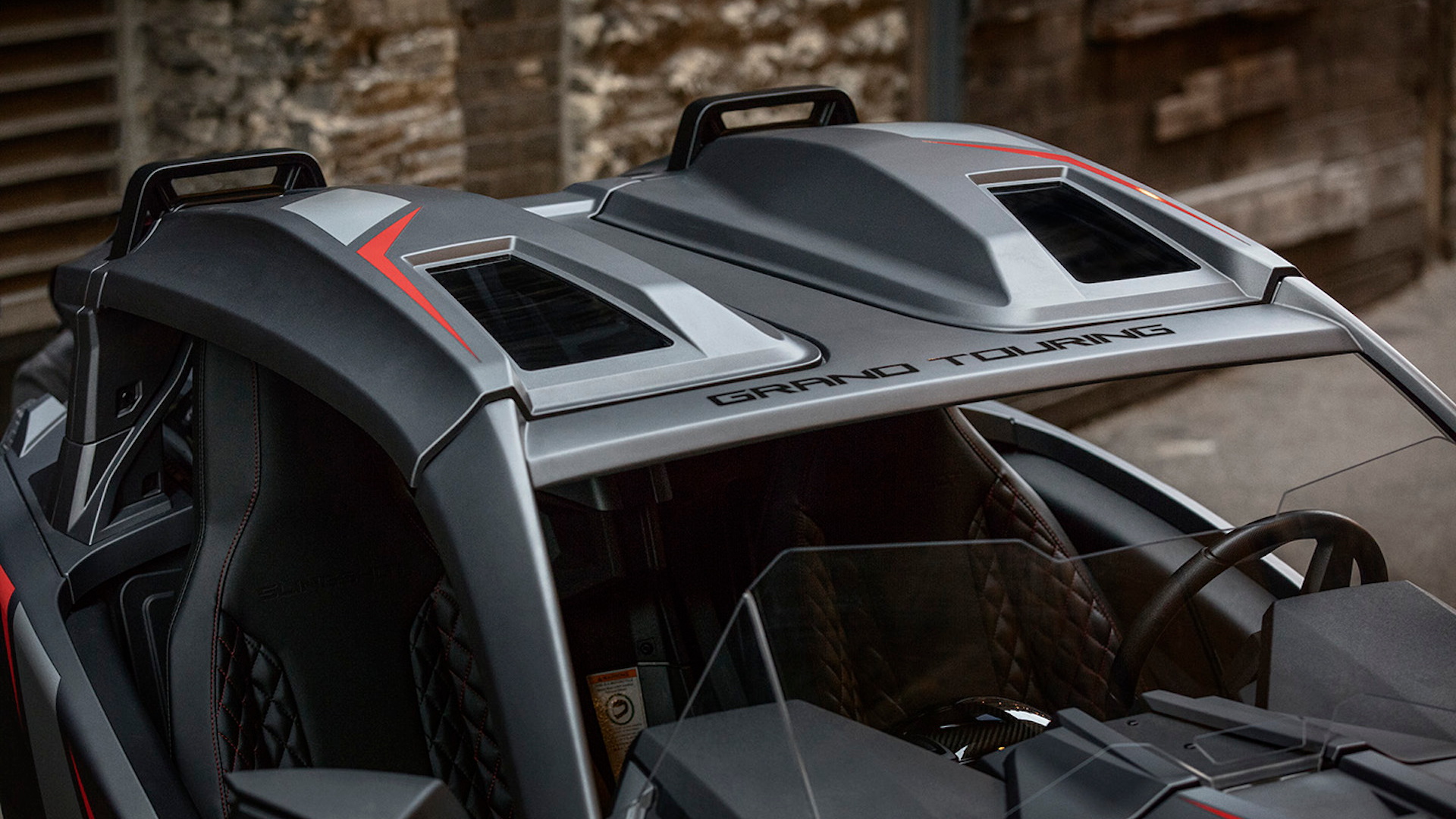 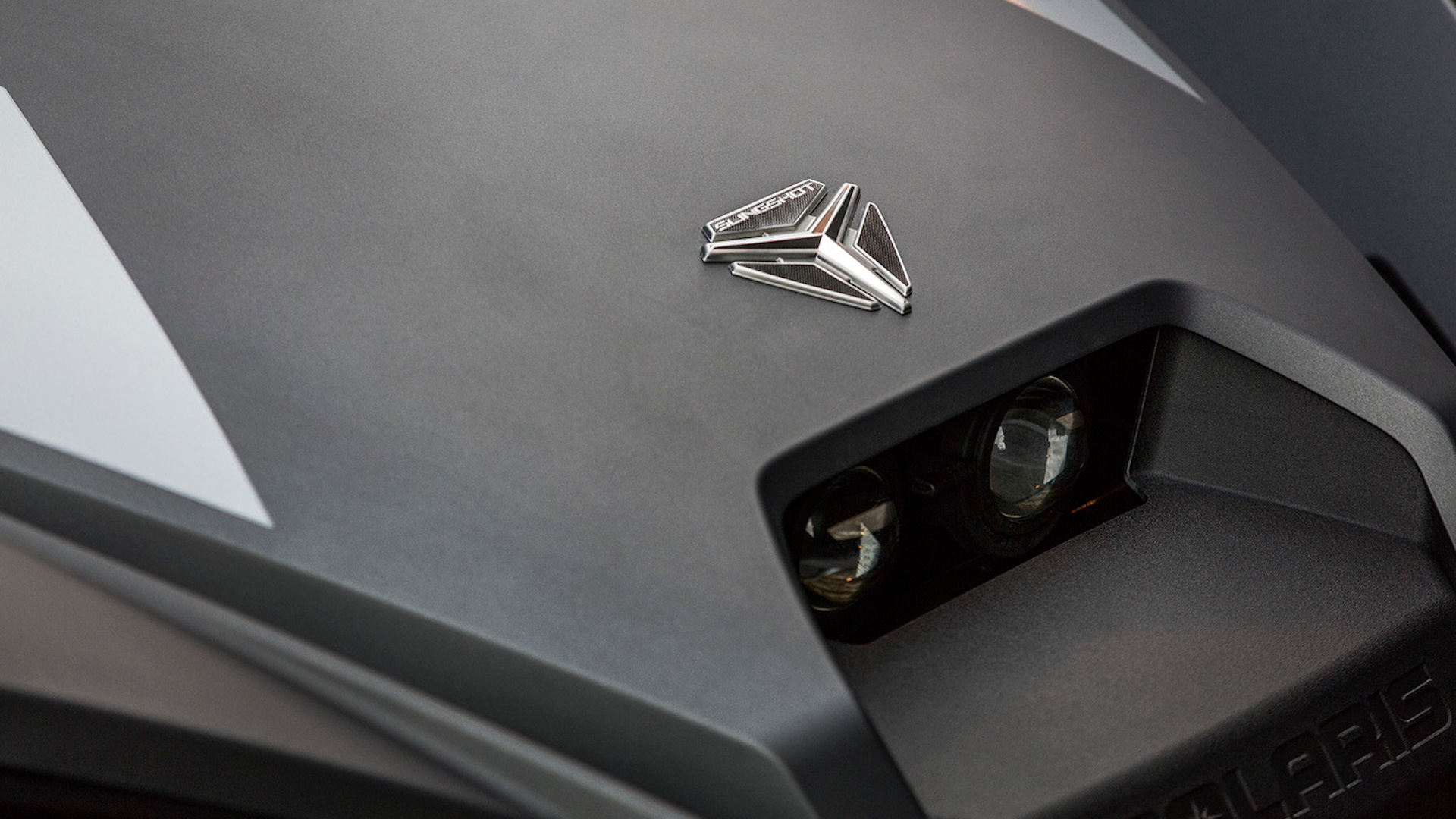 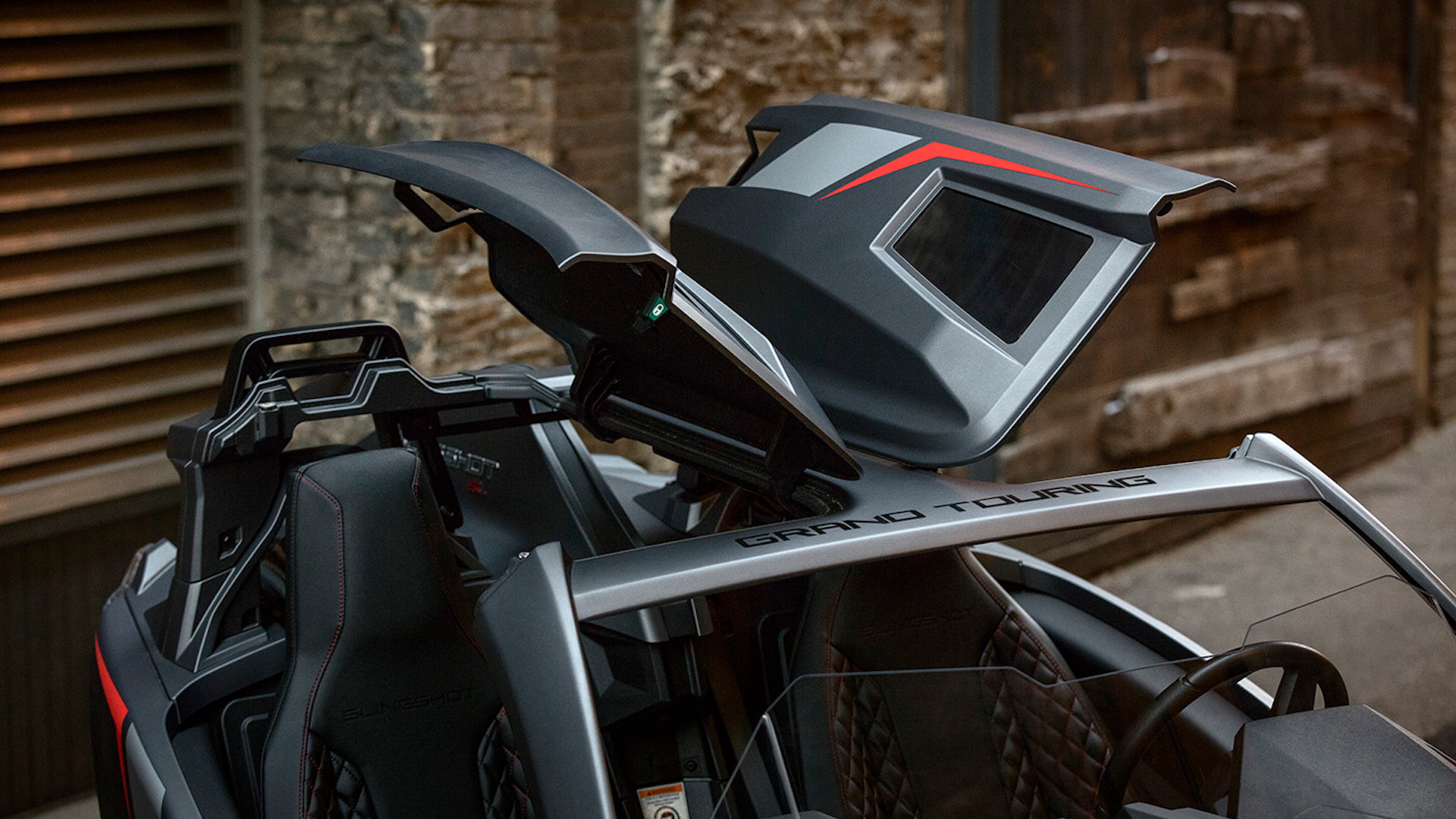 One of the Slingshot's most popular options, the Slingshade roof, is standard on the Grand Touring LE trim, which provides riders protection from the sun. It also looks mighty cool with the Slingshot's gullwing doors. Speaking of riders, they'll plop down into a set of Quilted Comfort Seats and face Polaris' Ride Command infotainment system with built-in navigation. The system also includes a backup camera and a Rockford Fosgate audio system.

The powertrain doesn't change over other Slingshot models. A General Motors-sourced 2.4-liter inline-4 engine still provides 174 horsepower and 166 pound-feet of torque. May not seem like much but that's still a riot-worthy amount of power considering the Slingshot weighs just 1,749 pounds in Grand Touring LE specification.

Ahead of the Slingshot Grand Touring's debut next week at the 2018 Chicago auto show, the company will debut the new model at Maxim magazine’s famed Big Game Party on Saturday, February 3, ahead of Super Bowl Sunday. There, Polaris will celebrate the new model in the company's hometown of Minneapolis, Minnesota.