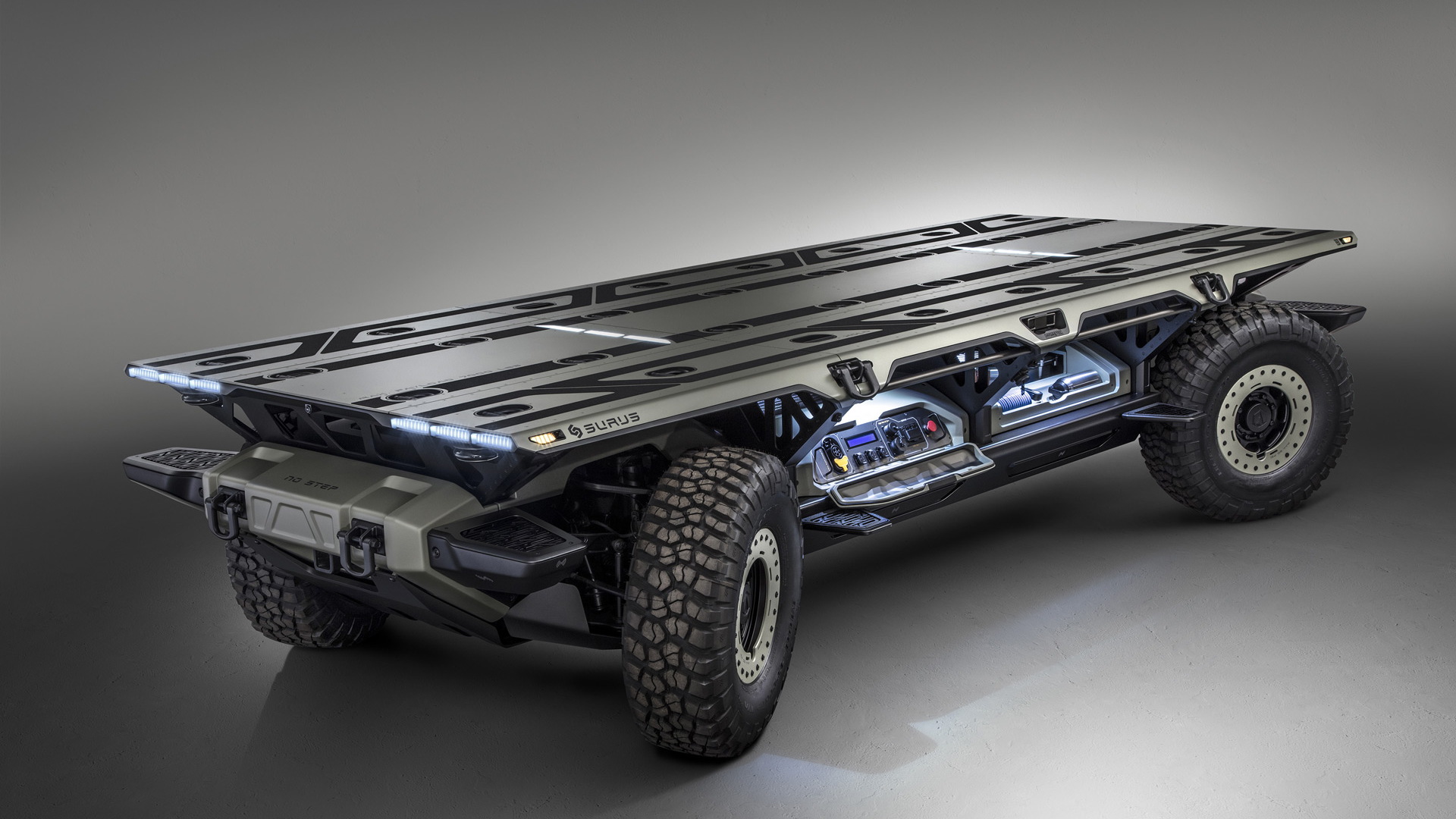 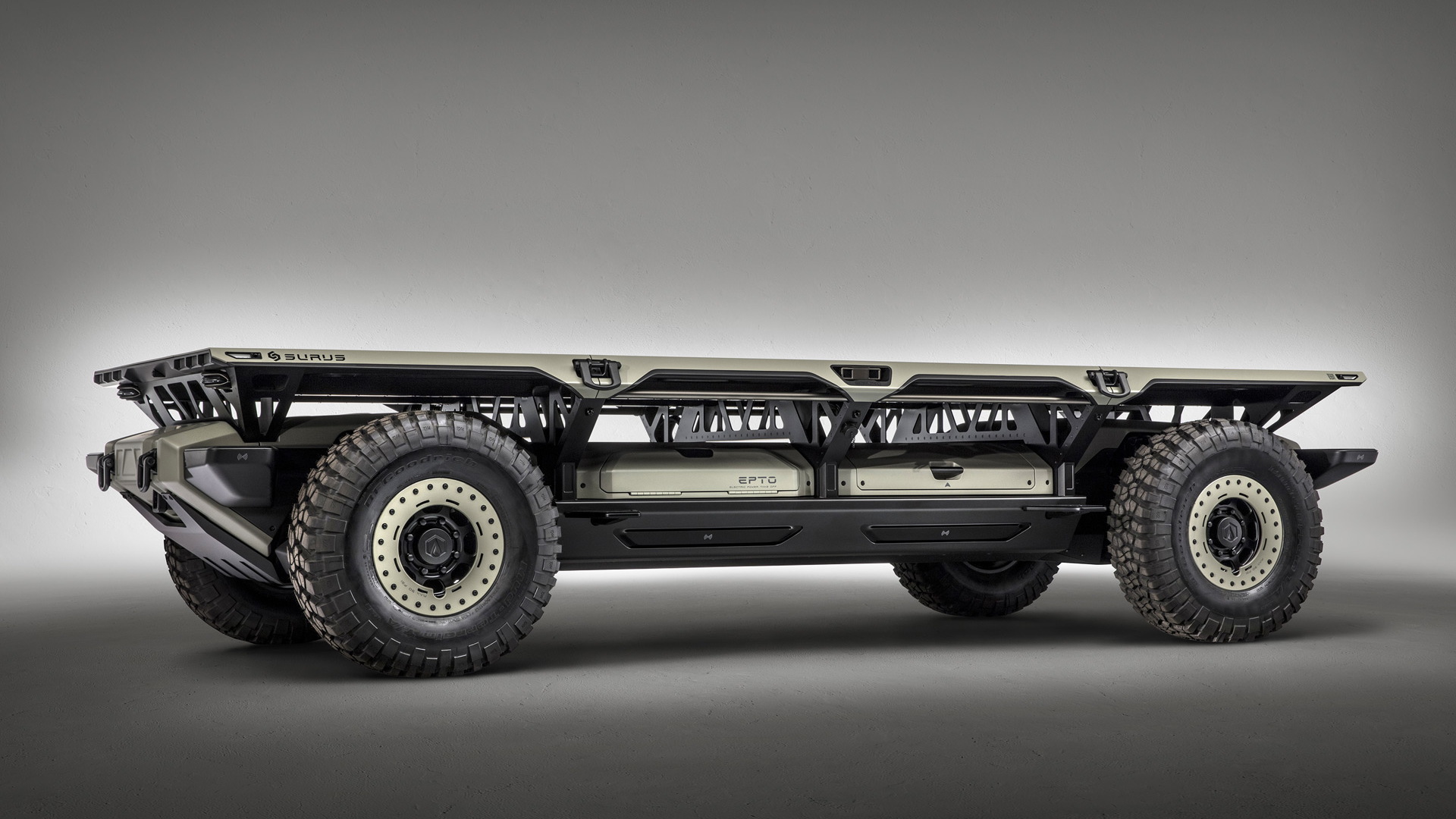 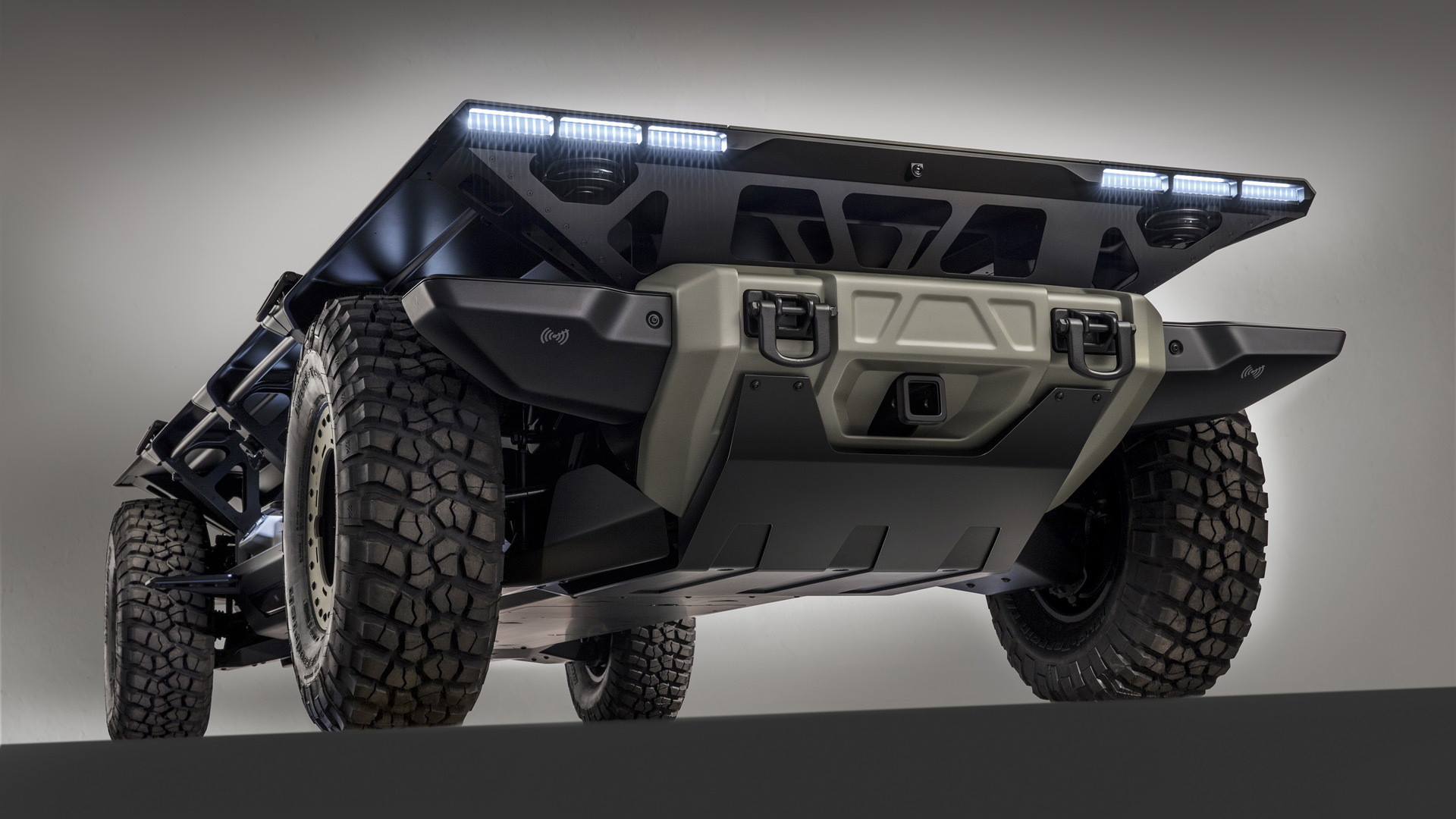 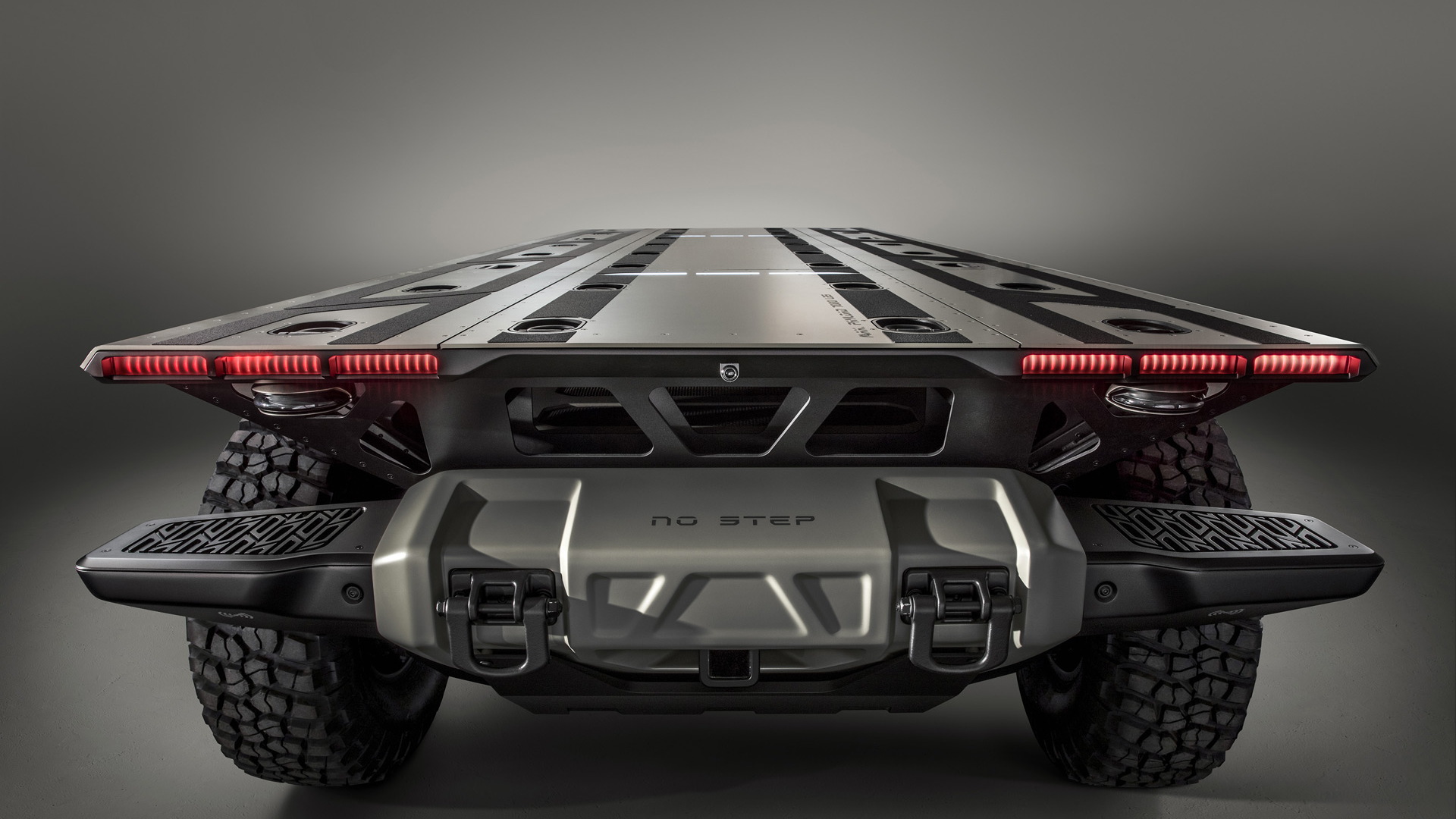 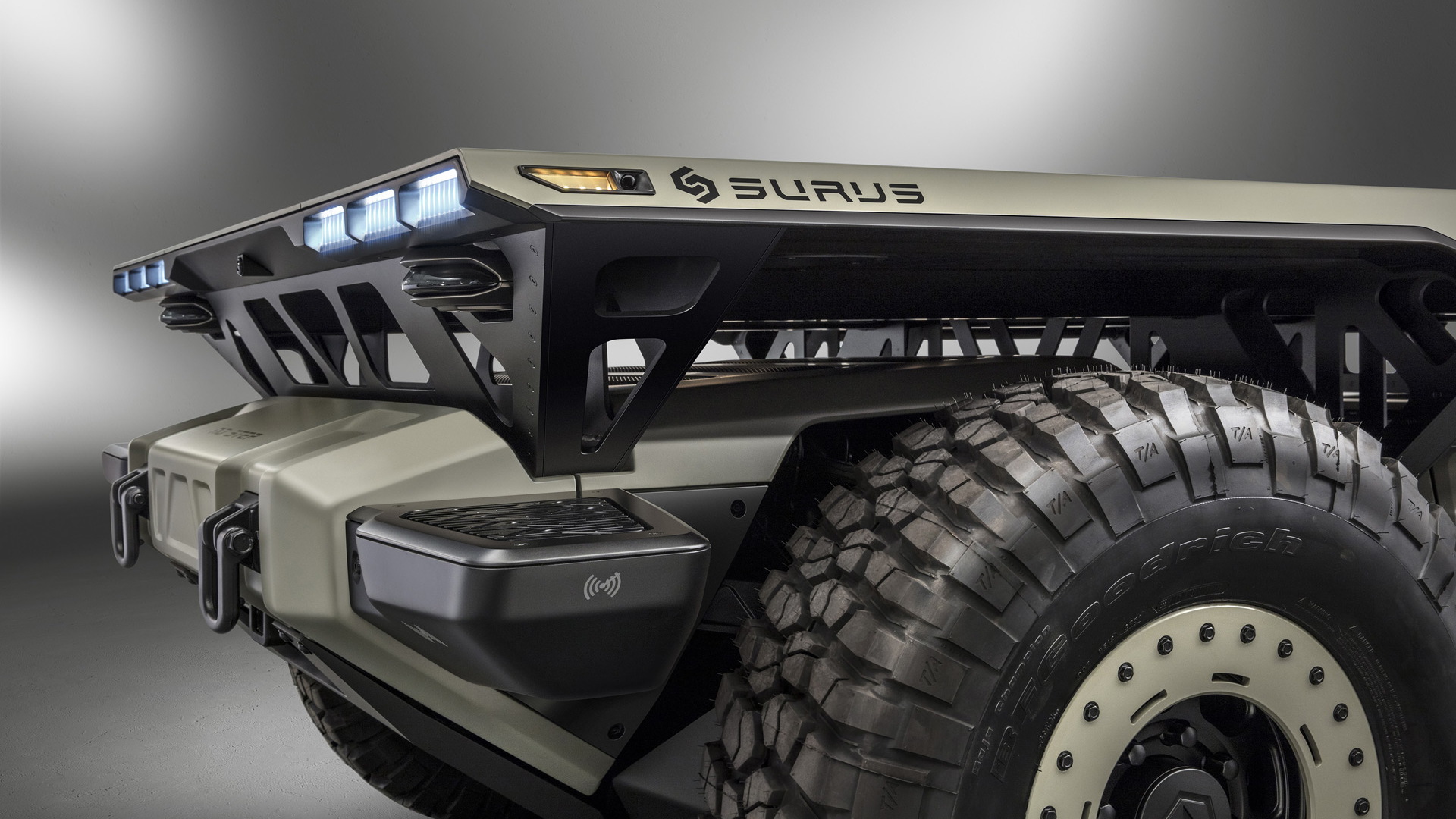 While some automakers look to electrify conventional trucks, General Motors has taken a much more radical approach in its development of next-generation commercial vehicles.

Unveiled on Friday ahead of the fall meeting of the Association of the United States Army, where it will be presented on Monday, the SURUS is essentially a modular platform designed for heavy-duty trucks that will enable near-silent running, zero harmful emissions, and autonomous operation.

It incorporates GM’s proven truck chassis with a hydrogen fuel cell powertrain and a self-driving system, and was designed to fit a number of commercial and military applications. Possibilities include everything from your normal construction and transport trucks to emergency and military-spec trucks. The platform can also serve as a power generator during emergencies.

There is an electric drive system at each axle for 4-wheel drive. There is also 4-wheel steering for improved maneuverability. A lithium-ion battery powers the vehicle, with the battery kept topped up on the run by the fuel cell. With the hydrogen storage tanks filled, GM says the truck should be able to cover a range of 400 miles.

Then there’s the self-driving capability. GM didn’t go into detail but did say multiple vehicles using the platform can operate in a leader-follower configuration. One could easily imagine a platoon of the vehicles on the highway with only the lead vehicle requiring a driver.

While GM says it is committed to bringing the technology to market, there’s been no mention of when that might happen. It’s likely we’ll see a staggered release of the SURUS’s features. For example, GM has already demonstrated the Chevrolet Colorado-based  ZH2 fuel cell truck which the Army is currently testing.

The testing has shown the ZH2 reduced acoustic non-detection distance by 90 percent compared to conventional trucks in operation. This means the ZH2 can get 10 times closer before being detected. The testers also observed the potential advantages for stationary power generation over diesel generators, including a significant reduction in idle noise and fuel use. Testing will continue through spring 2018.

SURUS is just one part of GM’s overarching strategy to eliminate not only emissions but also congestion and crashes. For dealing with the other matters, GM is developing new mobility services, self-driving cars, and cars that communicate with each other and surrounding infrastructure. The automaker also last week announced plans to launch 20 electric cars, including fuel cell cars, by 2023.