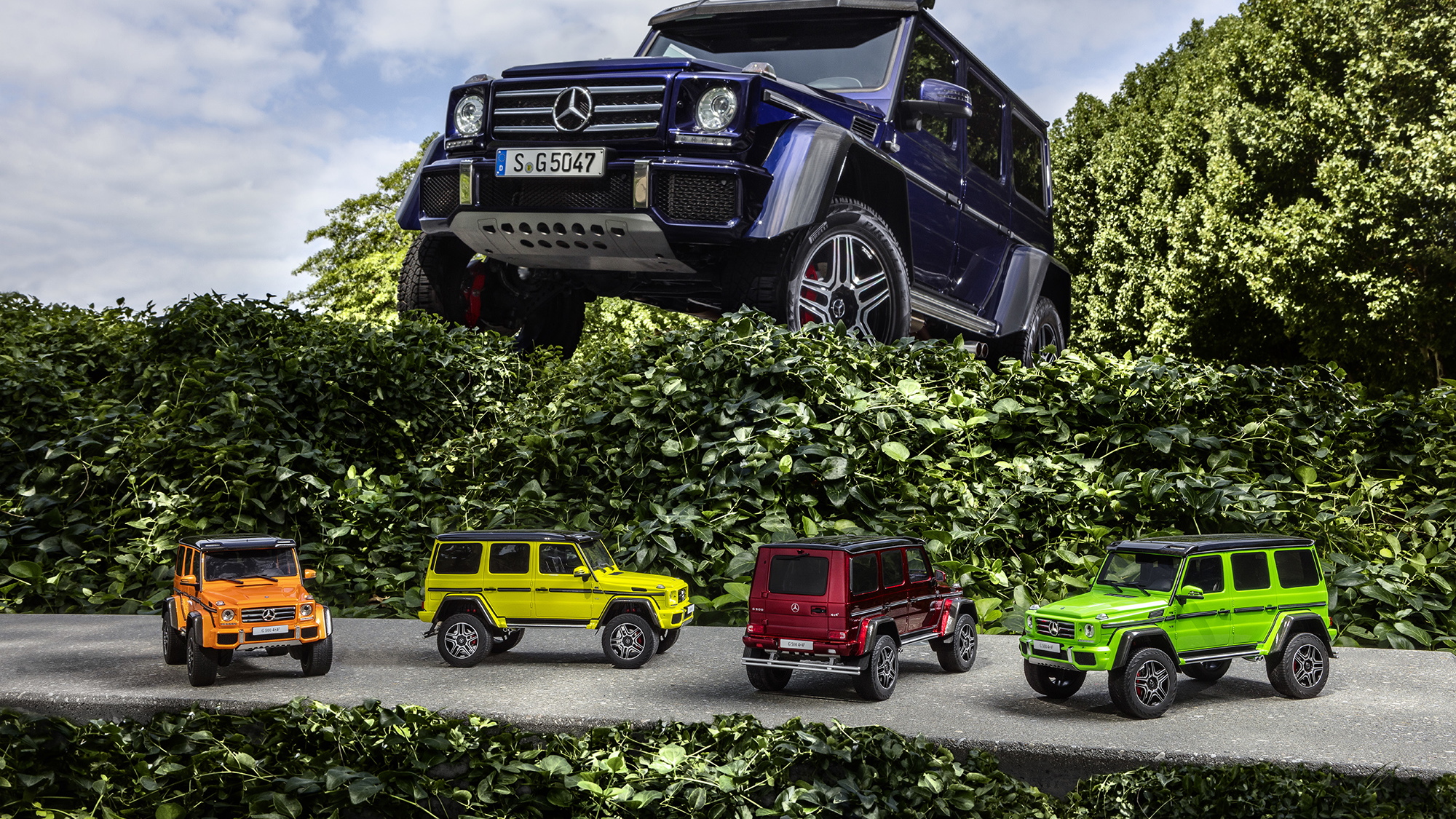 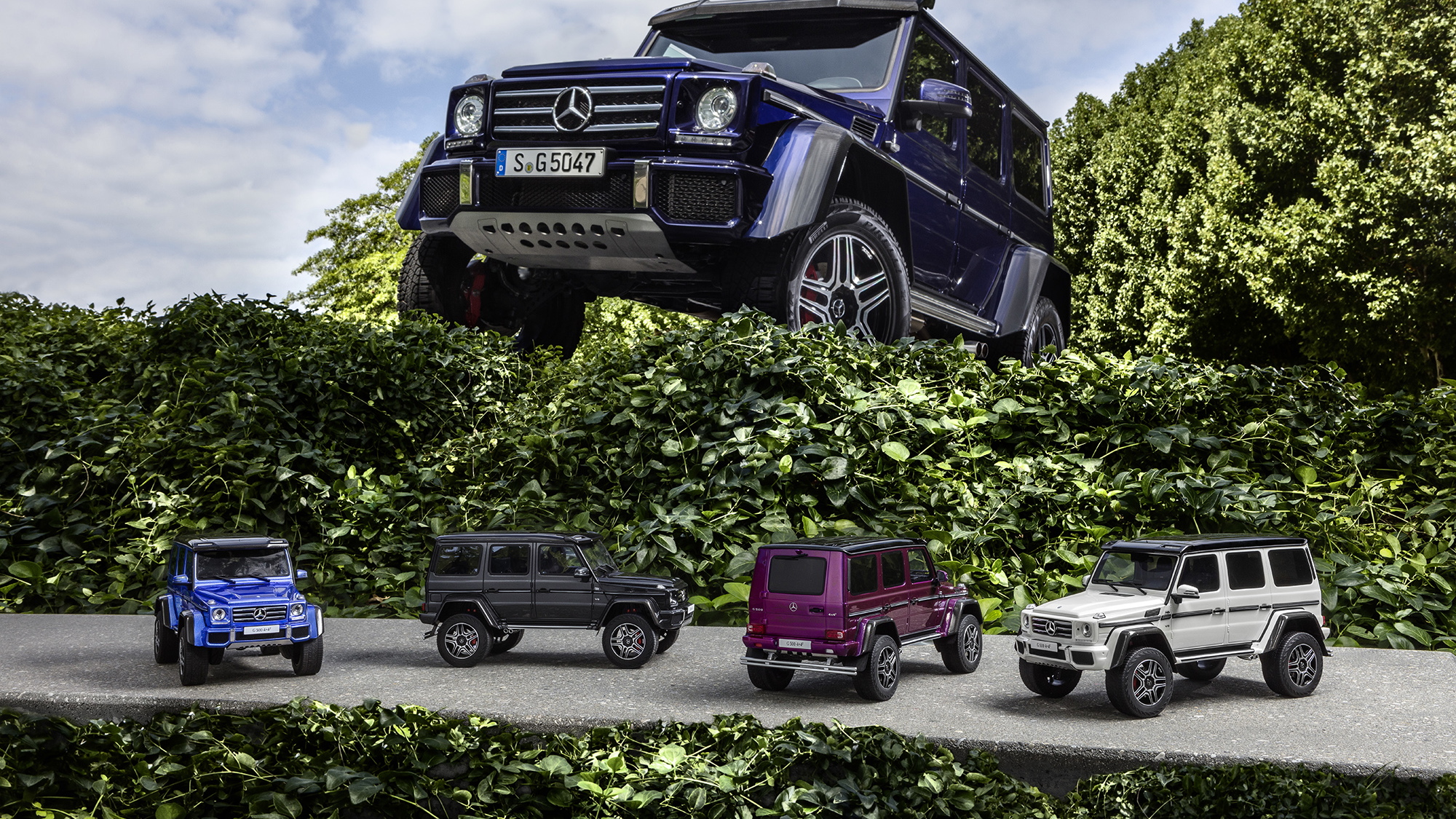 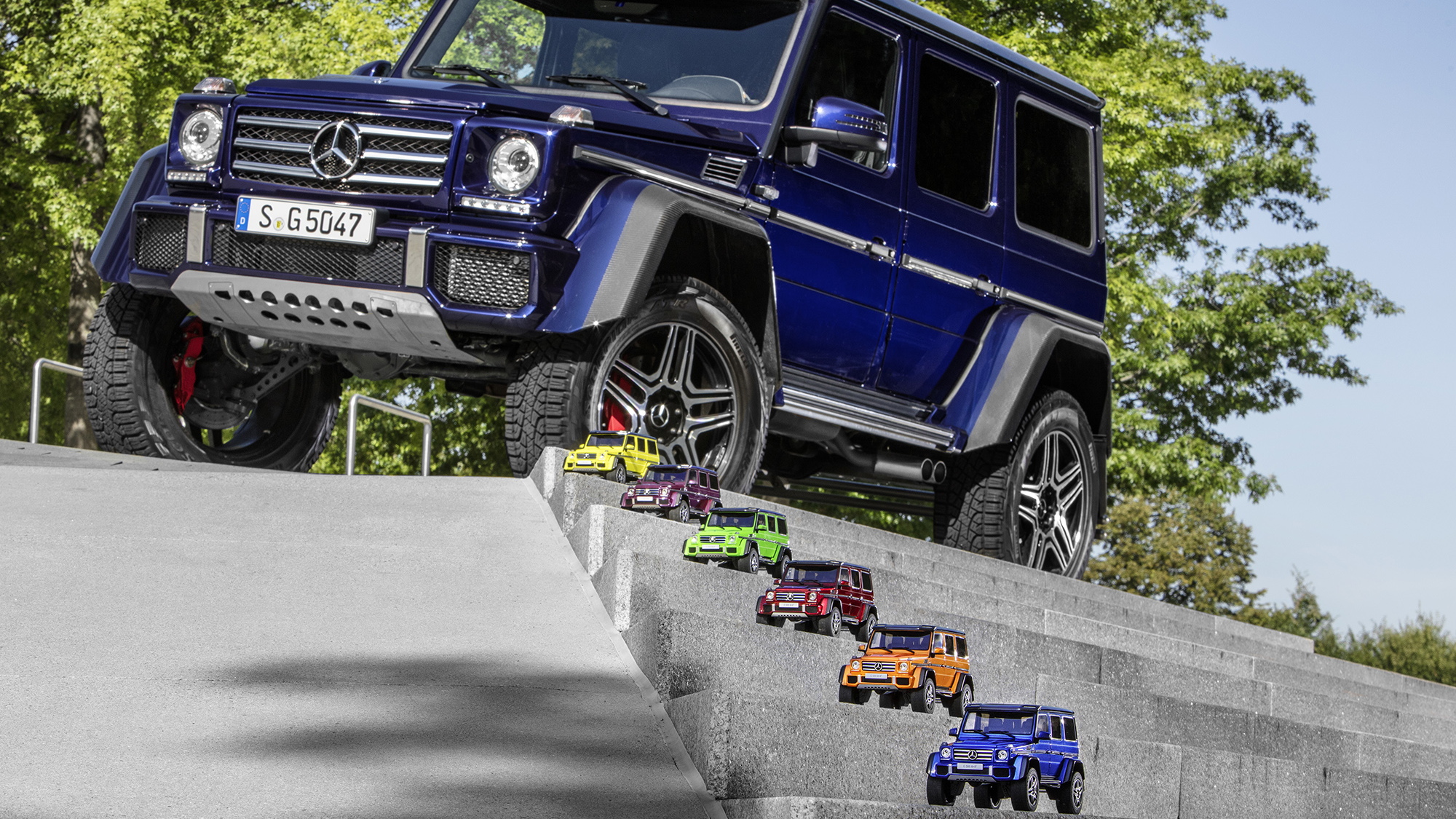 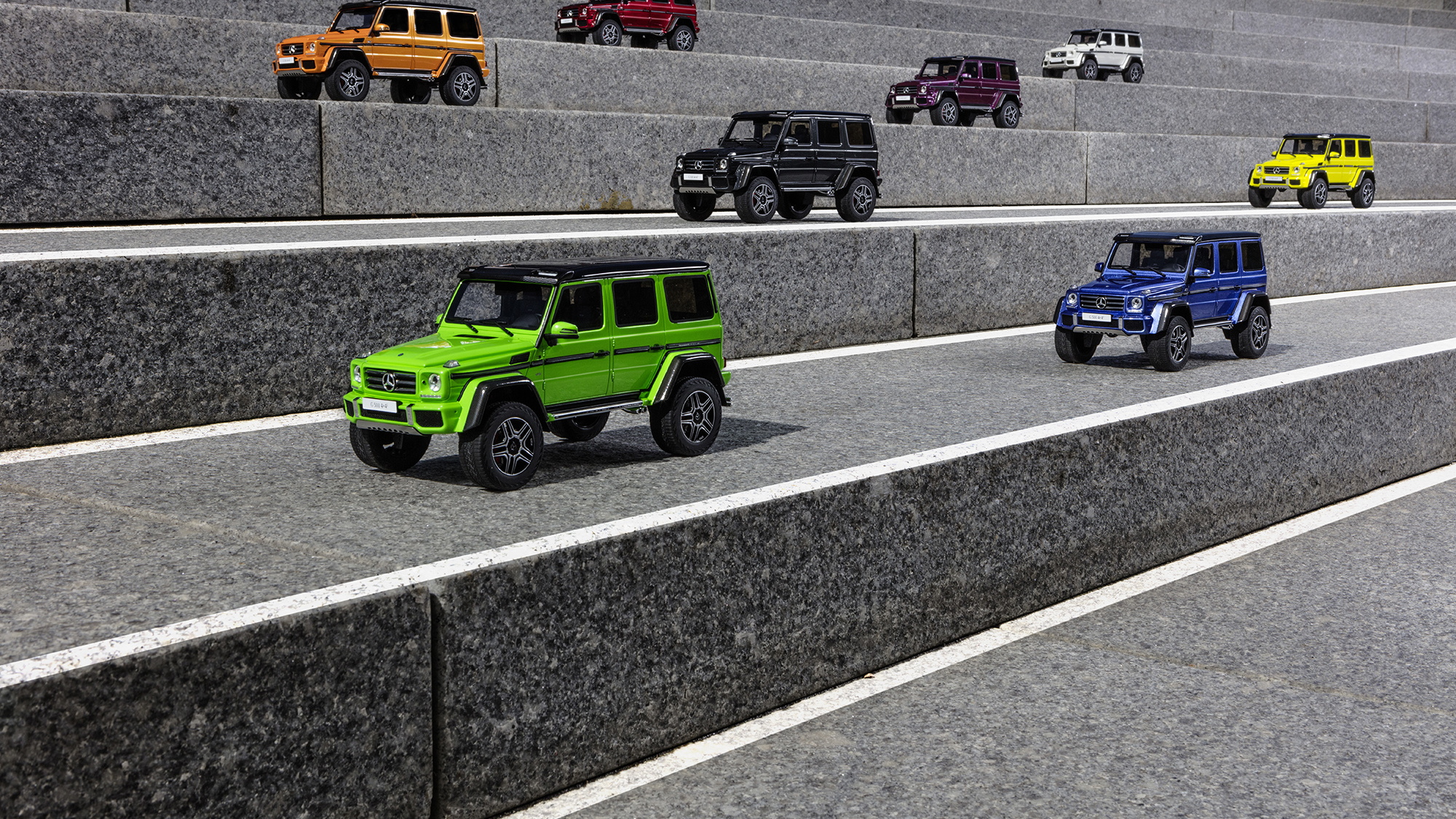 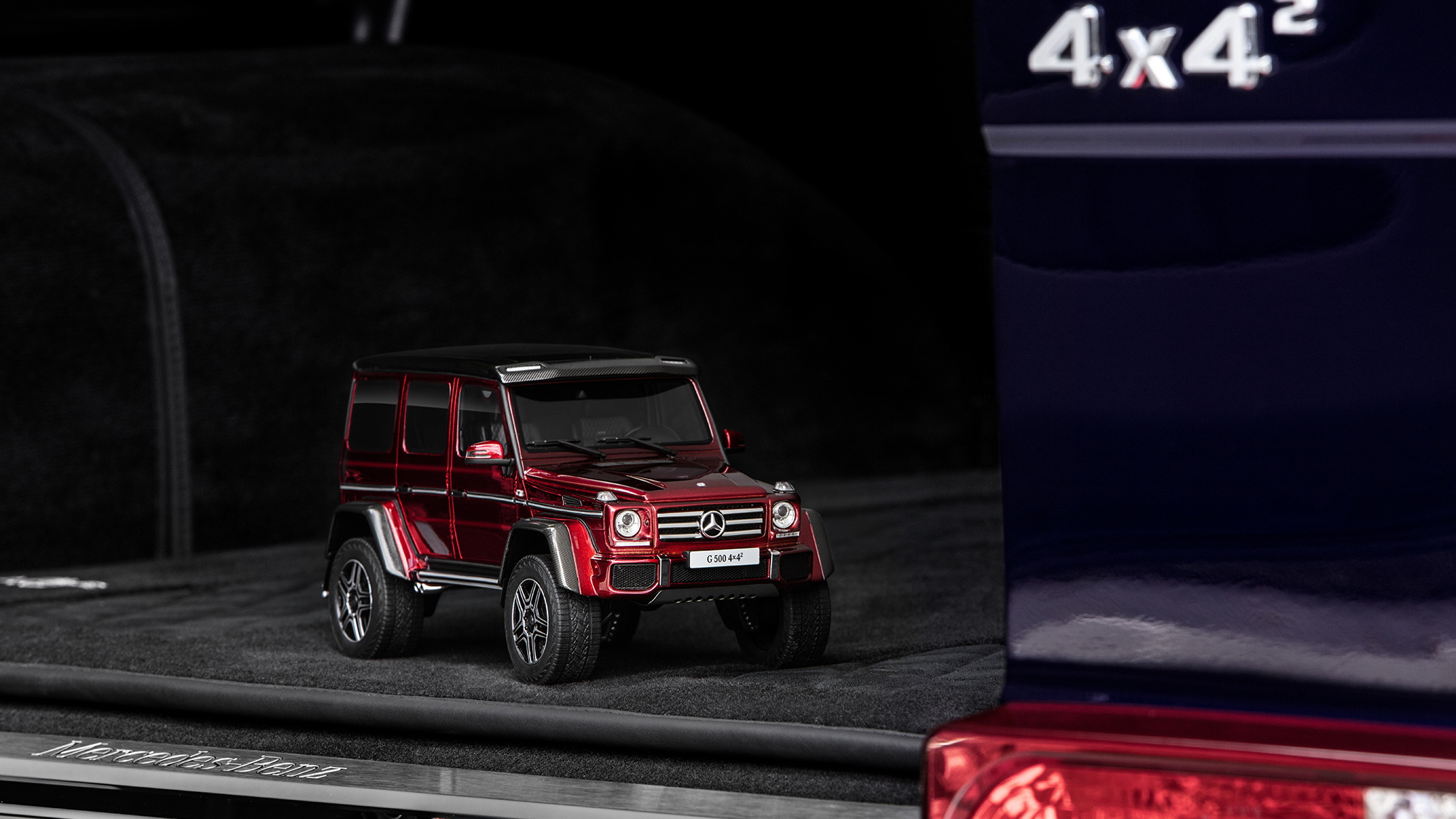 If you want to own the most rugged vehicle in the Mercedes-Benz lineup, you have to part with a colossal stack of cash. This would require heading to your local Benz store and asking for the keys and title to a G550 4x4². After handing over well over $200,000, you could drive away in a massive G-Class wearing the hardware from the mental G63 6x6 but with four wheels instead of the extra two. There's now a version of this Mercedes monster, and you can probably afford it.

That's because it's a 1:18 scale version produced by GT Spirit. Mercedes-Benz handed over the original design information so GT Spirit could get the details exactly right. This means the level of detail is exceptionally high, and it includes features like perforated metal where appropriate and model logos on the wheels.

In total, more than 100 parts make up what's probably the best example of a G550 4x4² in scale form. These units are produced in a limited run and they are made from resin, not diecast metal. Eight colors are offered, with each only produced in a run of 463 examples. That corresponds to the internal model code for the full-size G550, which is W463.

You can choose between Diamond White, Electric Beam, Tektite Grey, Mauritius Blue, Sunset Beam, Alien Green, Tomato Red, and Galactic Beam. If you're interested in snagging one for yourself, your best bet is to ask the local Mercedes-Benz dealer to get one for you.