Unplugged Performance has yet to actually dive into the world of tuning Tesla's electric cars, but it's arguably made some pretty cool aftermarket parts for its vehicles. Naturally, after tackling the Model S and Model X, it's turning its attention to the Tesla Model 3.

Like most Unplugged Performance modifications, the Model 3 rendered in official images shows a body kit, which lowers the overall look of the electric sedan, new wheels, and a rear spoiler. It also seems there are upgraded brakes hiding behind the glitzy wheels, too. In total, three packages will be offered for the Model 3, with the top of the line earning a "P" designation. According to Unplugged Performance, the P model gains a re-tuned suspension, custom interior, and other various upgrades. Sadly, no actual performance upgrades were mentioned. Tesla plans for a performance-oriented Model 3 itself next year. 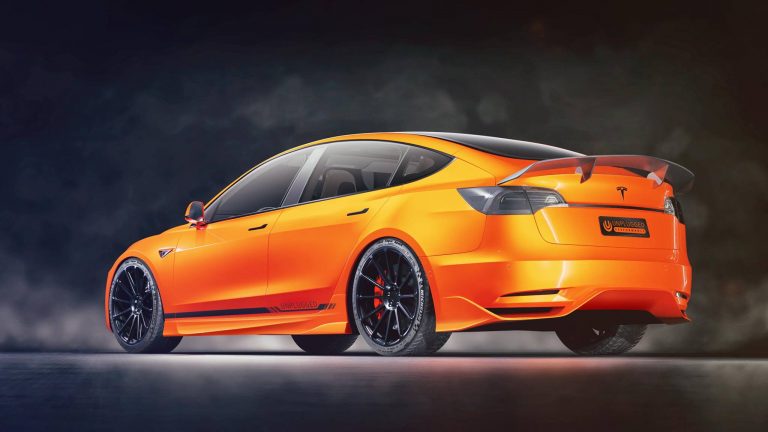 Unlike Tesla's plans to get the Model 3 out of "production hell" as quickly as possible, Unplugged Performance says its builds will be very slow, akin to the process of a one-off supercar. In a statement, the company said the cars will be "ultra-low production, artisan made specialty vehicles for a limited audience of motoring enthusiasts." In the future, it plans to sell individual parts separately as well.

Unplugged Performance is taking reservations for its Model 3 aftermarket kits now, but we have a feeling it will be awhile before we start to see them crop up in the wild. Model 3 production isn't expected to hit its stride until December of this year at the earliest.