Samsung SDI, which supplies battery cells to the likes of Audi and BMW, showcased a new and more compact cell design with higher energy capacity, so that battery packs for future electric cars be be made either smaller or longer-range. In a "multifunctional" battery pack it showed off, fitting the maximum number of cell modules could provide future electric cars with 400 miles or more of range.

The big news is that despite its minimal increase in dimensions—5 mm of height and 3 mm of diameter—the new cell has fully 50 percent more capacity. This means fewer cells will be needed for a given energy capacity, so the battery pack can be made smaller, cutting weight and providing more cabin volume. 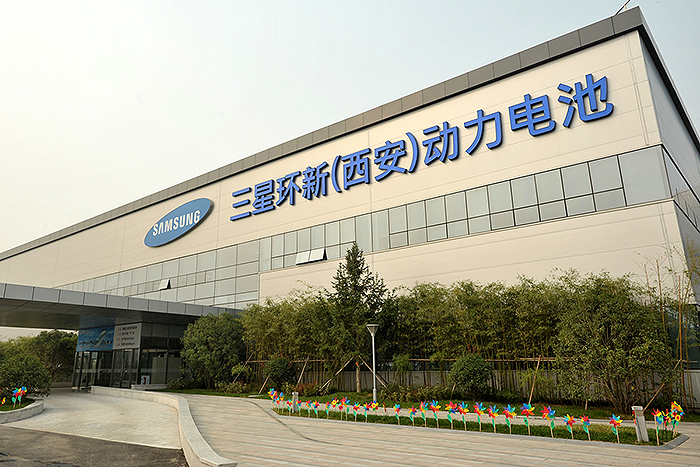 Such a long-range option would be pricey at the moment, Samsung SDI says, making it suitable for luxury cars only. However, if an automaker chose to fit 10 to 12 of Samsung's modules, range would still be about 300 km (185 miles) but the pack would be affordable enough for mainstream models.

Samsung SDI is banking heavily on automakers' needs for batteries. Along with the new battery technology, it showed in Frankfurt, Germany, it also recently finished construction of its most-recent battery manufacturing facility in Hungary.