The 1,000 horsepower-plus Mercedes-AMG Project One is merely days old, and like each year's iPhone we're already talking about the next greatest thing. Specifically, a successor to the Project One.

Yes, AMG is already thinking about its next hypercar. This is good news for those who missed out on the chance to own one of just 275 Project Ones, but there's the chance any successor will skip internal-combustion power.

Daimler's chairman of the board and head of the Mercedes-Benz brand, Dieter Zetsche, said the Project One's successor could use Formula E technology to shape it into a pure electric powerhouse. Recall, Mercedes in July said it will be entering Formula E’s 2019/2020 season, the series’ sixth.

"It’s not an accident that by 2020 we will start in Formula E, which at that point in time is more a PR and marketing platform," Zetsche told Auto Express when asked if Formula E could spur a road car. "But when we enter, we want to contribute to the face that this will become more and more a sporting platform, with real, hard competition." 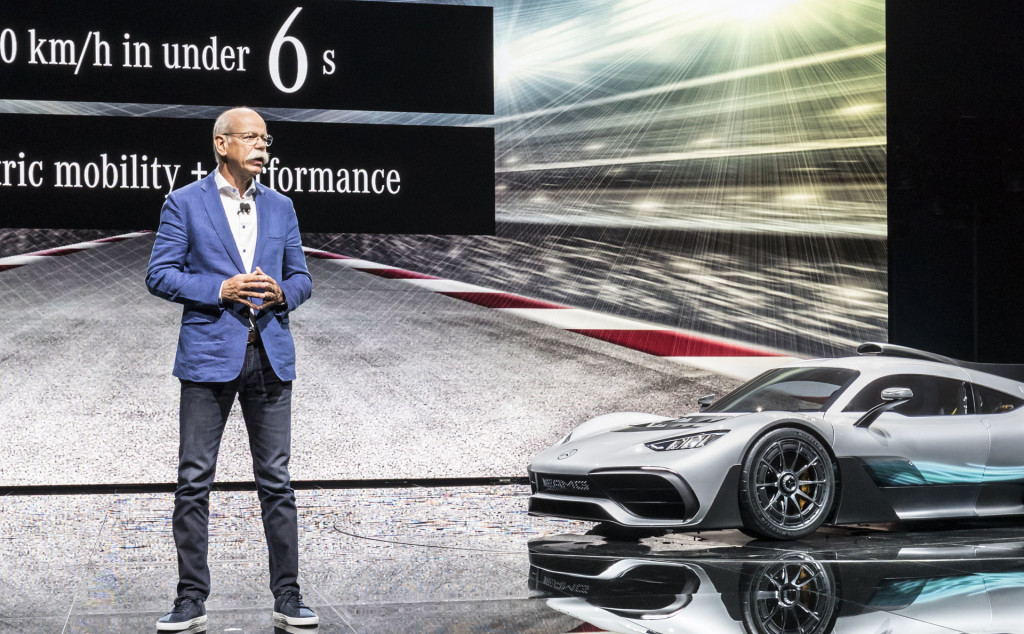 The Mercedes boss went on to explain that the Project One is a natural step forward for AMG's future, so look forward to many more electrified cars wearing the AMG badge. Whatever future hypercar comes from AMG, though, will likely bear a technological resemblance to Mercedes' Formula E program, judging by Zetsche's comments. After all, such a car is likely not due for another decade.

Electric hypercars seem to be the hot ticket as of recent. Porsche went on the record to state its 918 Spyder successor will likely feature an electric powertrain, though it must outperform the 918 Spyder to be cleared for production. Additionally, McLaren is investigating whether to launch an electric car as the successor to the P1, and just this week Audi Sport said it's interested in an electric hypercar of its own.

Some companies are acting now. Chinese startup Nio is already selling the 1,342 horsepower EP9. AMG even tested the waters as far back as 2012 with its SLS AMG Electric Drive.

We've likely got some time on our hands before a fully electric hypercar from the major marques does make its way to production, though. Current battery technology doesn't pair well with the amount of charge needed to produce hypercar levels of performance for sustained periods.