Hamilton revealed his thoughts to Top Gear during Monday’s reveal of the Mercedes-AMG Project One.

“I’ve been saying to Mercedes for so long, why don’t you do a real car? Like, you’ve got AMG sports cars, but I’m talking about a supercar,” the triple F1 world champion said. “Why is Ferrari building these supercars? We can build a better car than them. We build a better racing car than them, why don’t you guys build something that takes Mercedes to another stratosphere…”

He should know considering he has the current pinnacle in Ferrari road cars, the LaFerrari, in his ever-growing collection. 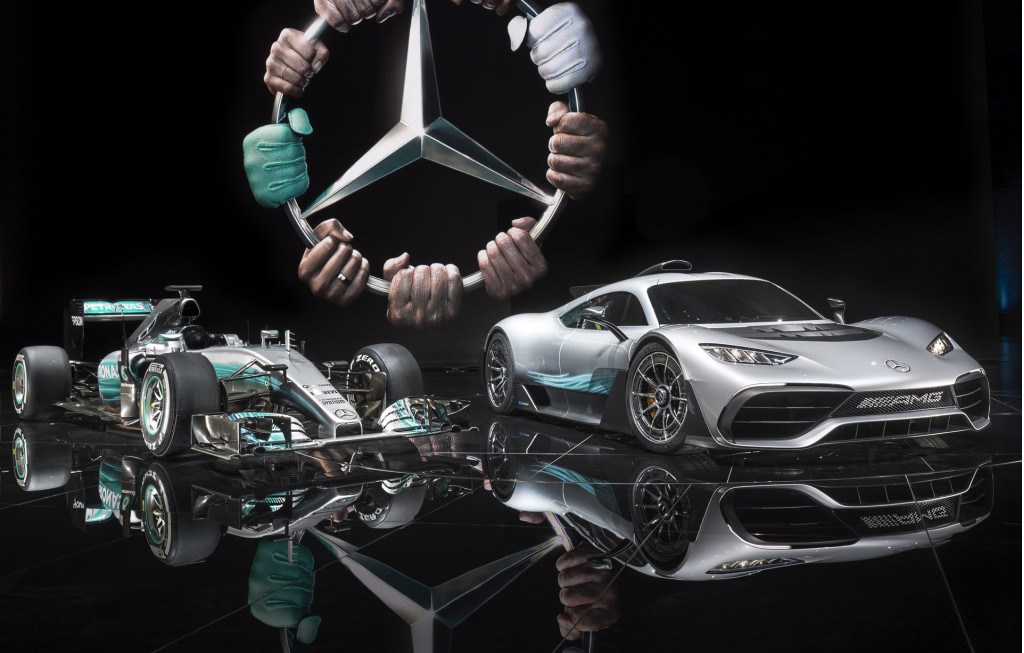 While “a better car” can mean a lot of different things to different people, when it comes to performance cars there are definitely some objective aspects that indicate what car is better than another.

And in this regard, there is already evidence that Mercedes is building better cars than Ferrari. When it comes to lapping the Nürburgring, one of the best arbiters of performance, AMG’s 577-horsepower GT R has set a lap of 7:10.92 at the hands of a test driver from Sport Auto. The same driver in Ferrari’s 488 GTB, which has 83 hp more than the AMG, could only set a time of 7:21.63.

As for Hamilton’s thoughts on the Project One, whose development he is partaking in, particular in regards to the powertrain, the sound of the car is what really excites him. The streamlined shape and the width of the track are also impressive for Hamilton, who’s currently leading the 2017 F1 World Championship.

Hamilton also gave some hints on how close the Project One will feel to his actual F1 racecar. He said no road car will ever come close to an F1 car simply because of the weight, aerodynamics, sense of [seating] position, and the thrill you get, but explained that the Project One will be the closest thing “by far” because of the sound and technology.