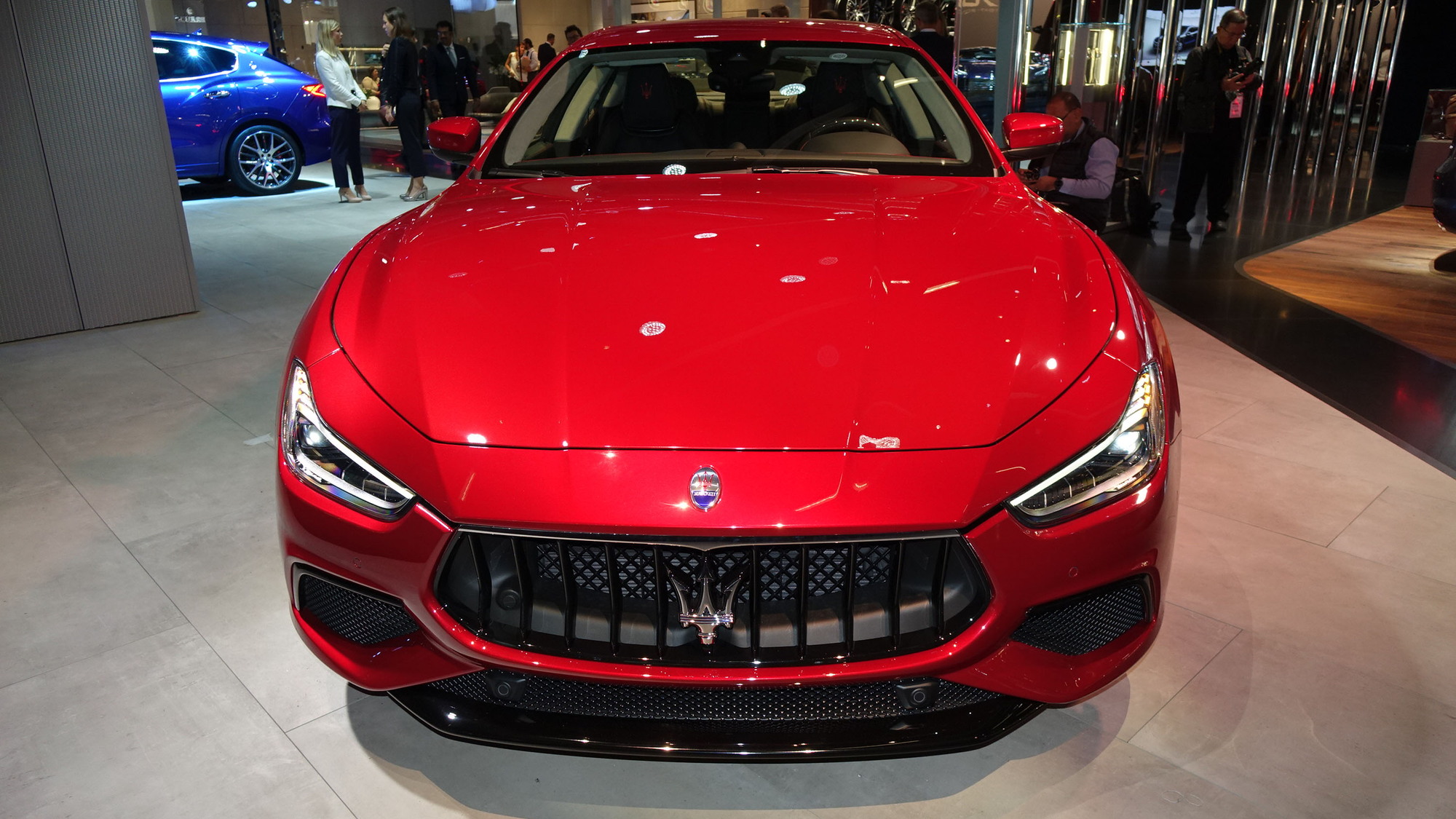 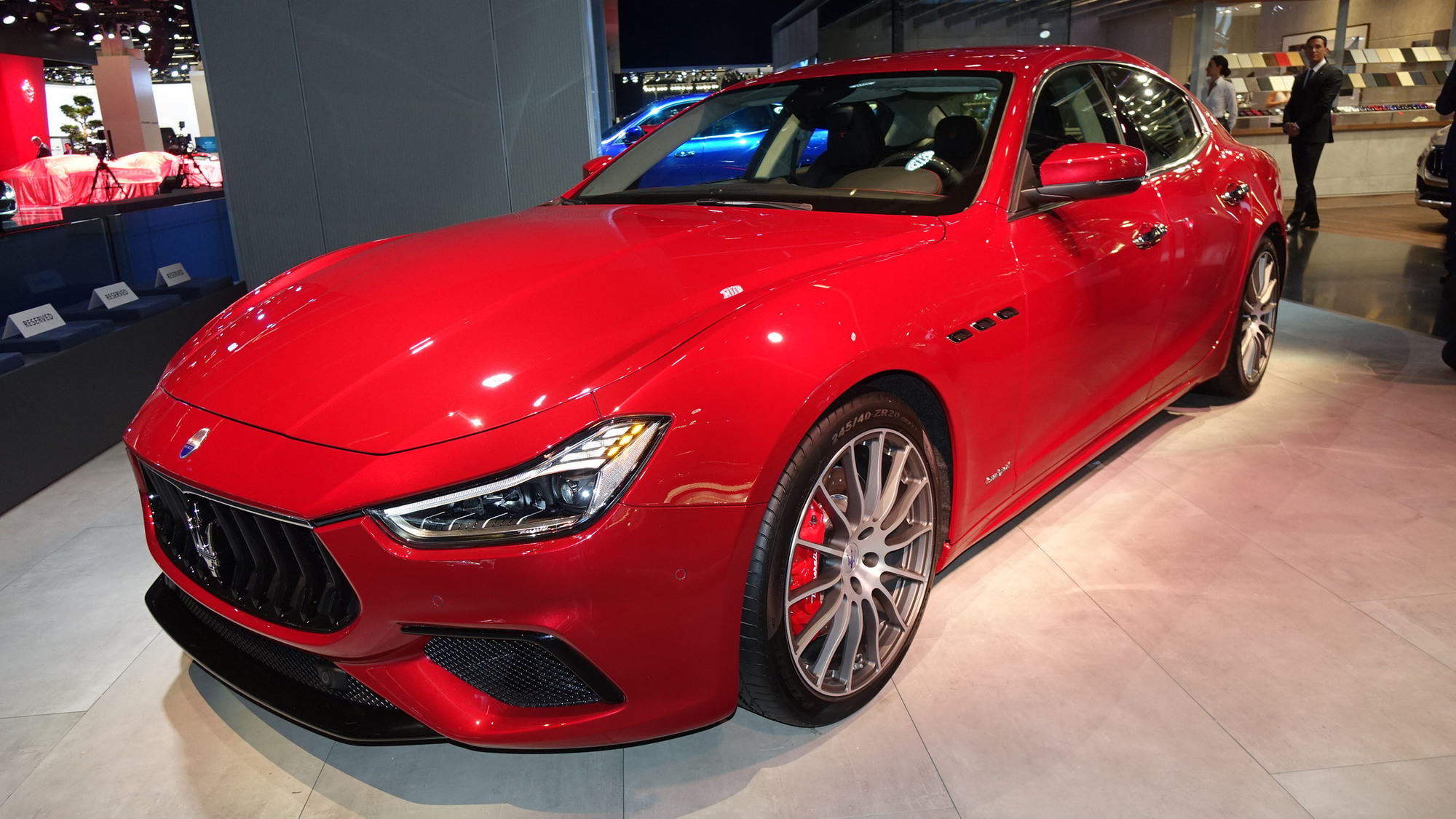 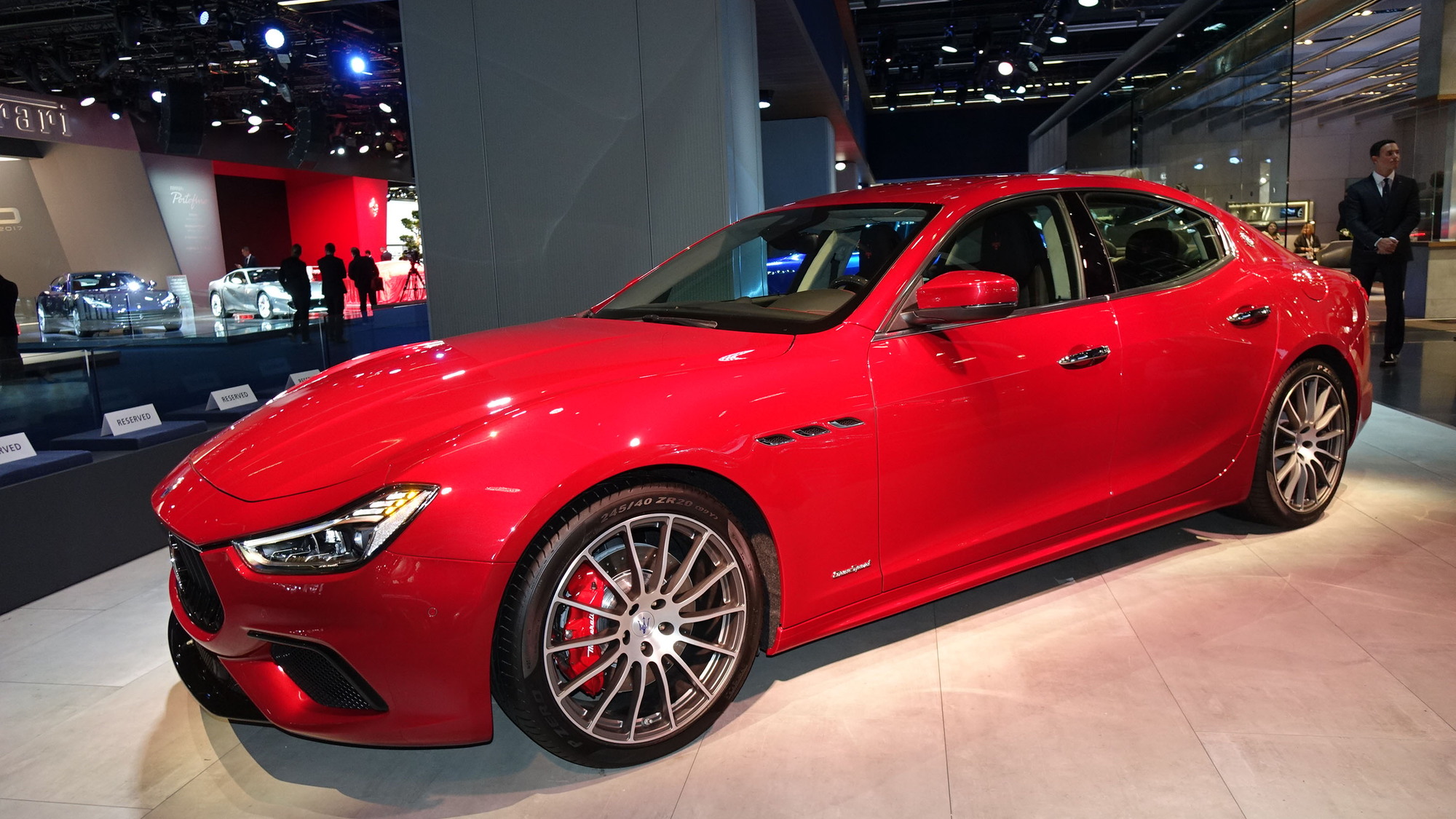 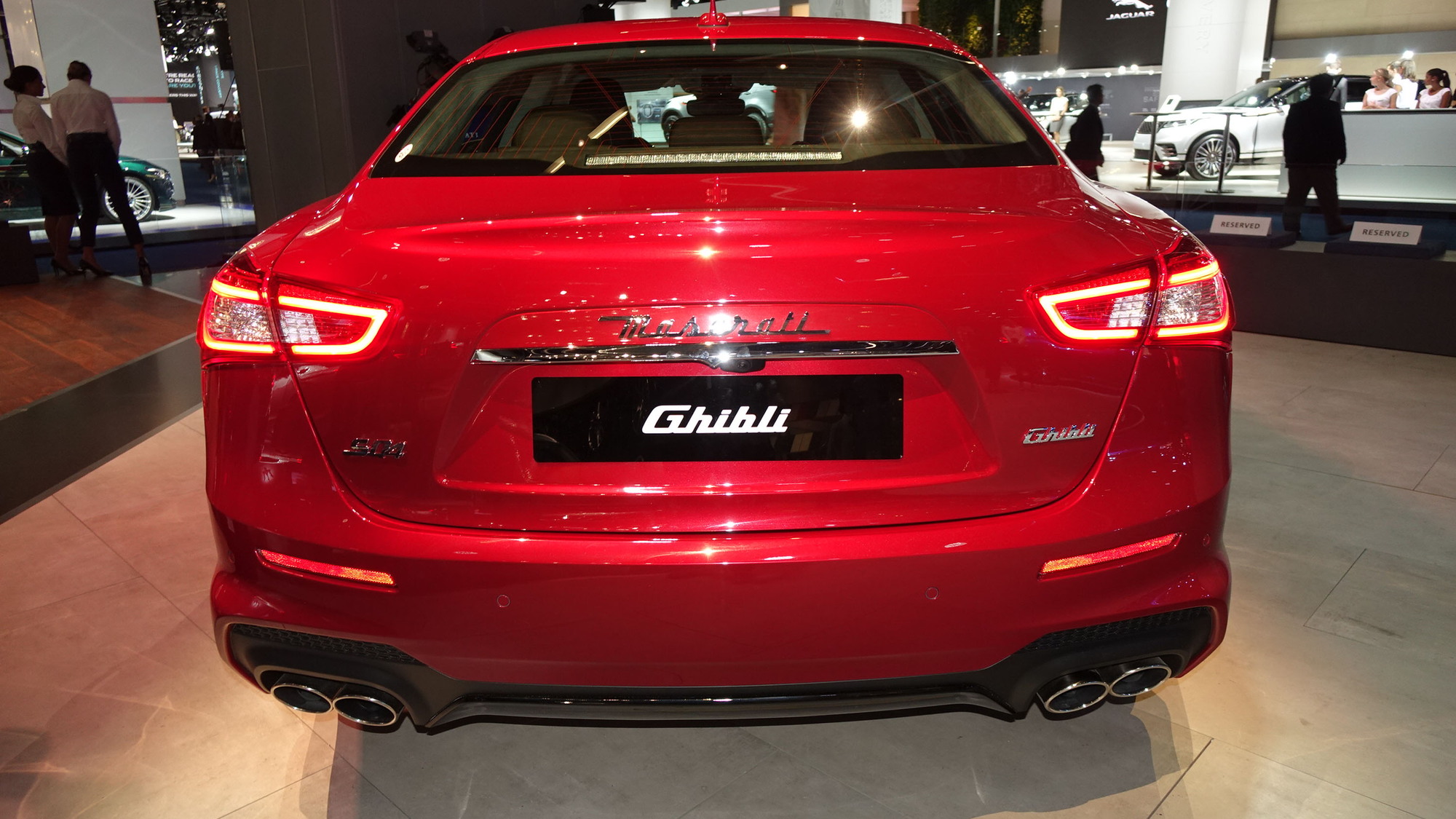 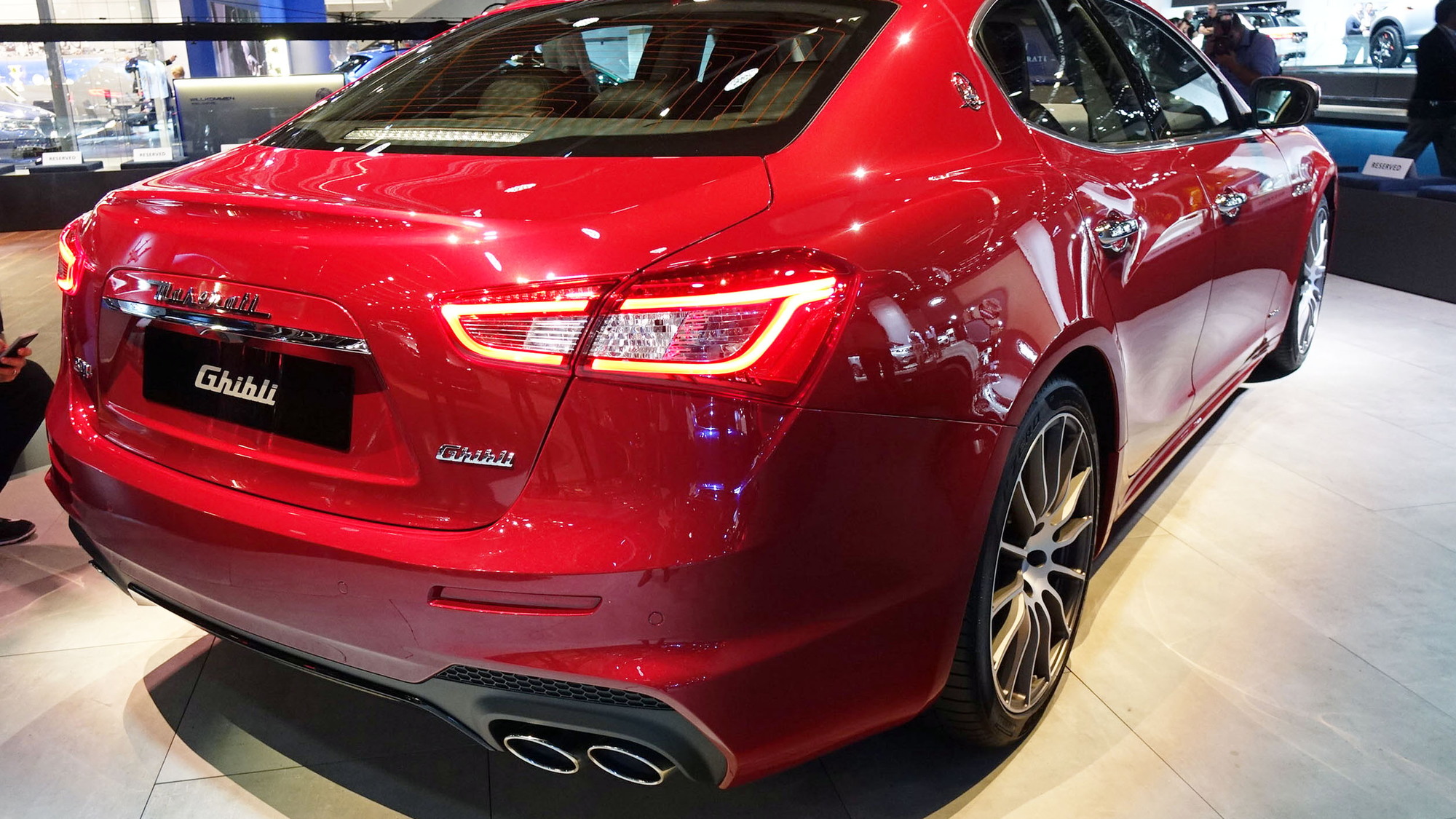 Maserati in August pulled the wraps off an updated Ghibli at the 2017 Chengdu auto show in China. The car has since made an appearance at this week's 2017 Frankfurt Motor Show.

The updates are subtle though address some of the Ghibli’s shortcomings like the lack of refinement in the design, and deficiency in technology compared to rivals.

Changes to the exterior include the new headlights, grille, and front and rear fascias The changes not only enhance the look of the vehicle, but according to Maserati also improve aerodynamic efficiency. Specific tweaks include the more rigid grille that resembles the design on the latest Quattroporte and GranTurismo models, plus the new rear fascia with a body-colored diffuser insert.

Maserati is also introducing its new GranLusso and GranSport trims for the Ghibli, replacing the current model’s Luxury and Sport trims, respectively. Each brings its own series of design elements, inside and out.

In the tech department, the internals of the headlights are new and feature full LEDs for the first time. And in markets where the technology is allowed, the headlights also feature Matrix LED technology that allows you to drive with your high beams permanently on. A camera detects other cars and automatically blocks part of the light beam to prevent dazzling the drivers.

Also added to the latest Ghibli are new electronic driver aids, which have required Maserati to add electronic power steering in place of the previous model years’ hydraulic system. The driver aids include the usual items such as adaptive cruise control with traffic sign recognition, blind spot and rear cross traffic alert, and lane keep and highway driving assist. There’s also a new setting for the stability control system that’s said to enhance the driving dynamics.

Note, Maserati updated the Ghibli’s infotainment system for 2017. The center of the dash was redesigned to accommodate Fiat Chrysler Automobiles’ ubiquitous 8.4-inch touchscreen display, and a new rotary dial controller was added to the center console.

In the engine department, buyers of the S and S Q4 models enjoy a slight bump in output from the Ghibli’s 3.0-liter twin-turbocharged V-6. The output now registers at 430 horsepower, up from 404 hp previously. The base Ghibli continues with a 345-hp output.

The mid-size Italian sport sedan hasn’t had an easy time since its 2014 debut. Maserati was forced to curb production a year after the car went on sale due to cooling demand. With these updates, things may take a turn for the better, though potential rivals like the BMW 5-Series and Mercedes-Benz E-Class have just been redesigned, and there are also redesigned versions of the Audi A6 and A7 just around the corner.

For more on the Maserati Ghibli, read the in-depth reviews at The Car Connection.