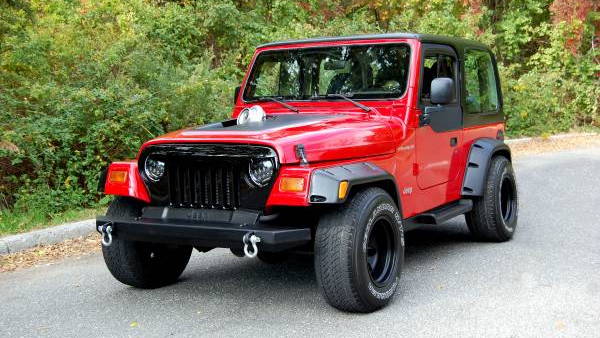 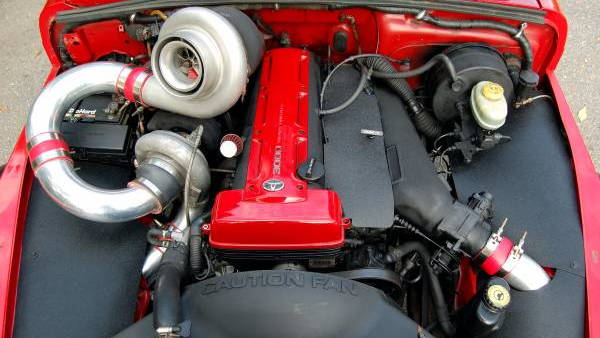 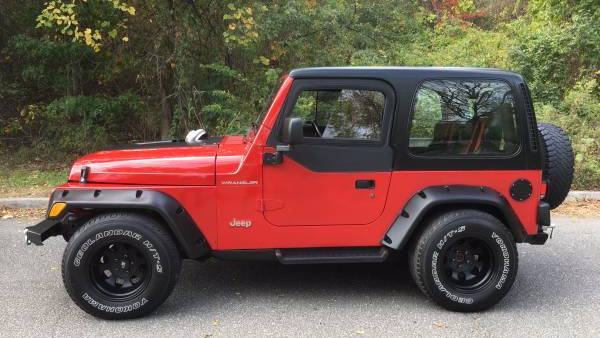 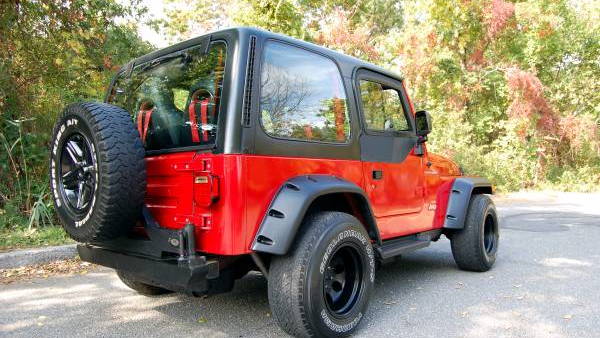 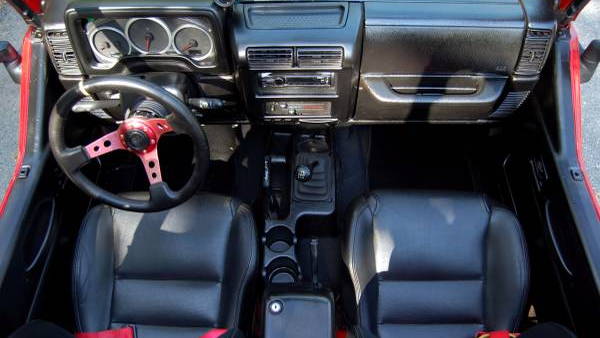 There are few Japanese engines that gain the recognition Toyota's 2JZ inline-6 does. Not only was this 1990s-era Toyota Supra engine over-engineered for the time, it's also incredibly reliable and can handle oodles of power when the aftermarket touches it. Does it have any business in a Jeep Wrangler?

Sure it does! Who wouldn't like Supra levels of power and some of the best off-road capability in the business? This 1997 Wrangler is for sale on Craigslist, and the owner believes it's the only Jeep with such an engine swap. That seems like a fair statement. We can't imagine many people go through the trouble of swapping a 2JZ into a Wrangler.

Power is said to exceed 350 horses, and the current owner says it could go a lot higher with an aftermarket ECU. It is currently running the stock 2JZGTE inline-6-cylinder engine with a BorgWarner turbo running 15 psi of boost, a Greddy intake manifold, and an HKS blow-off valve.

The Jeep is currently set up for rear-wheel drive but it could be converted to four-wheel drive with the addition of a half shaft as all the components are there. It also has a Welded rear differential.

The seller states there are about 90,000 miles on the body, but it looks very clean. Additionally, a few aftermarket touches are present, including an off-road grille, LED headlights, a custom hood to shove the 2JZ engine under, and more.

Some cons? The air conditioning doesn't work, the gas gauge needs to be wired, and heater lines need to be added. But, are creature comforts your biggest worry in a vehicle like this? We didn't think so. You'll be way too busy revving the blown inline-6 to worry about air conditioning. Plus, the top still comes off in traditional Jeep fashion.