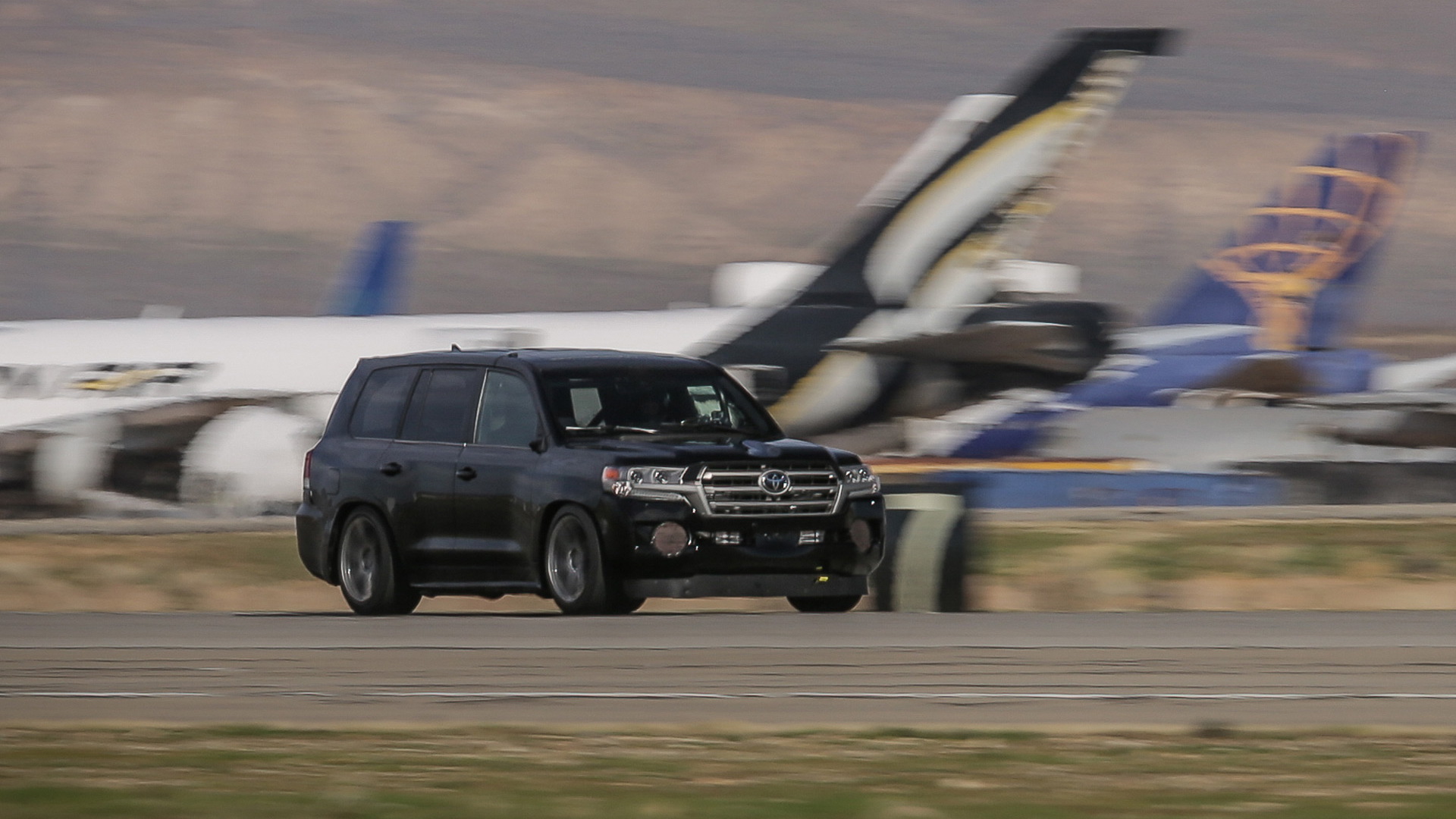 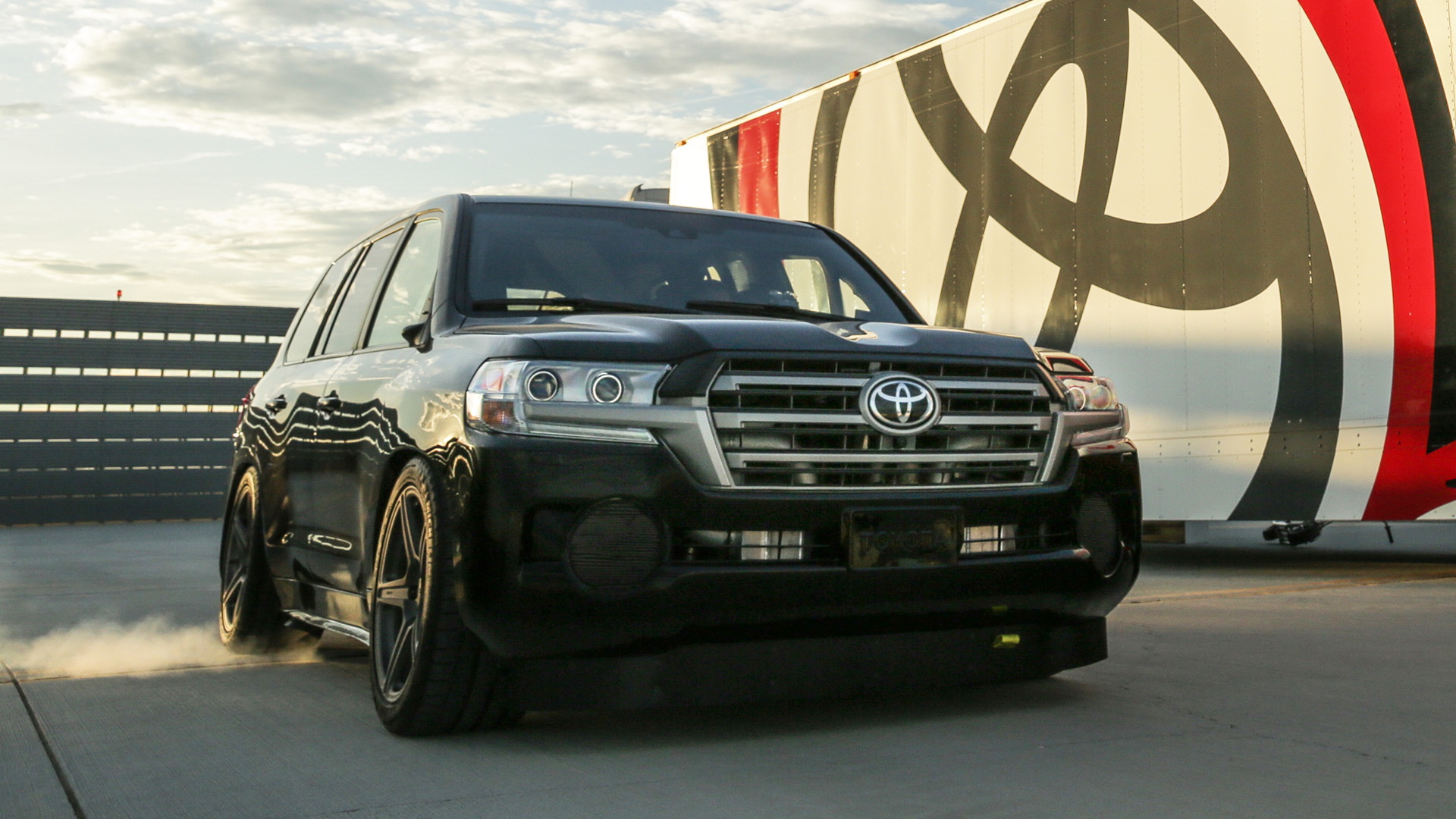 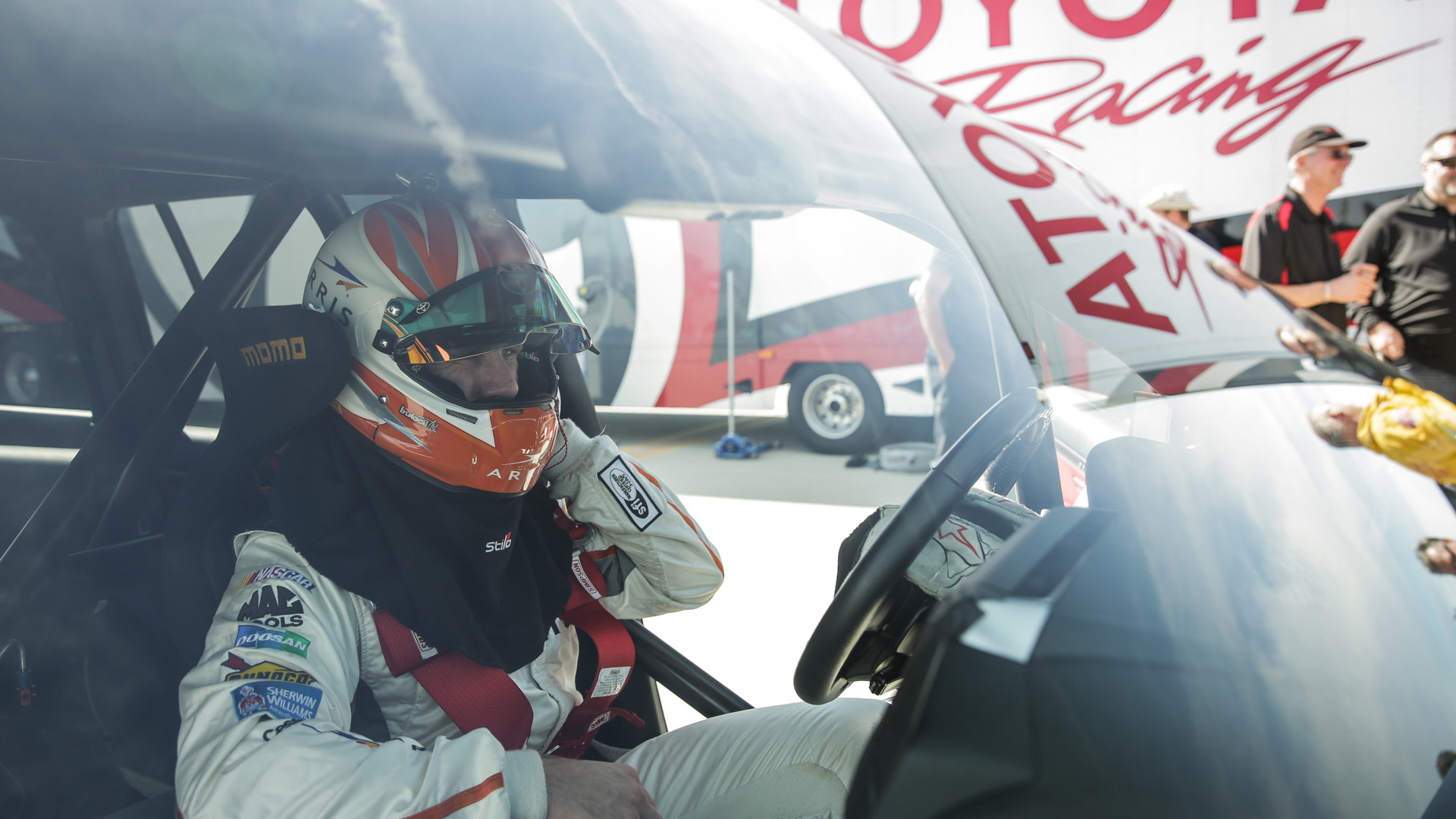 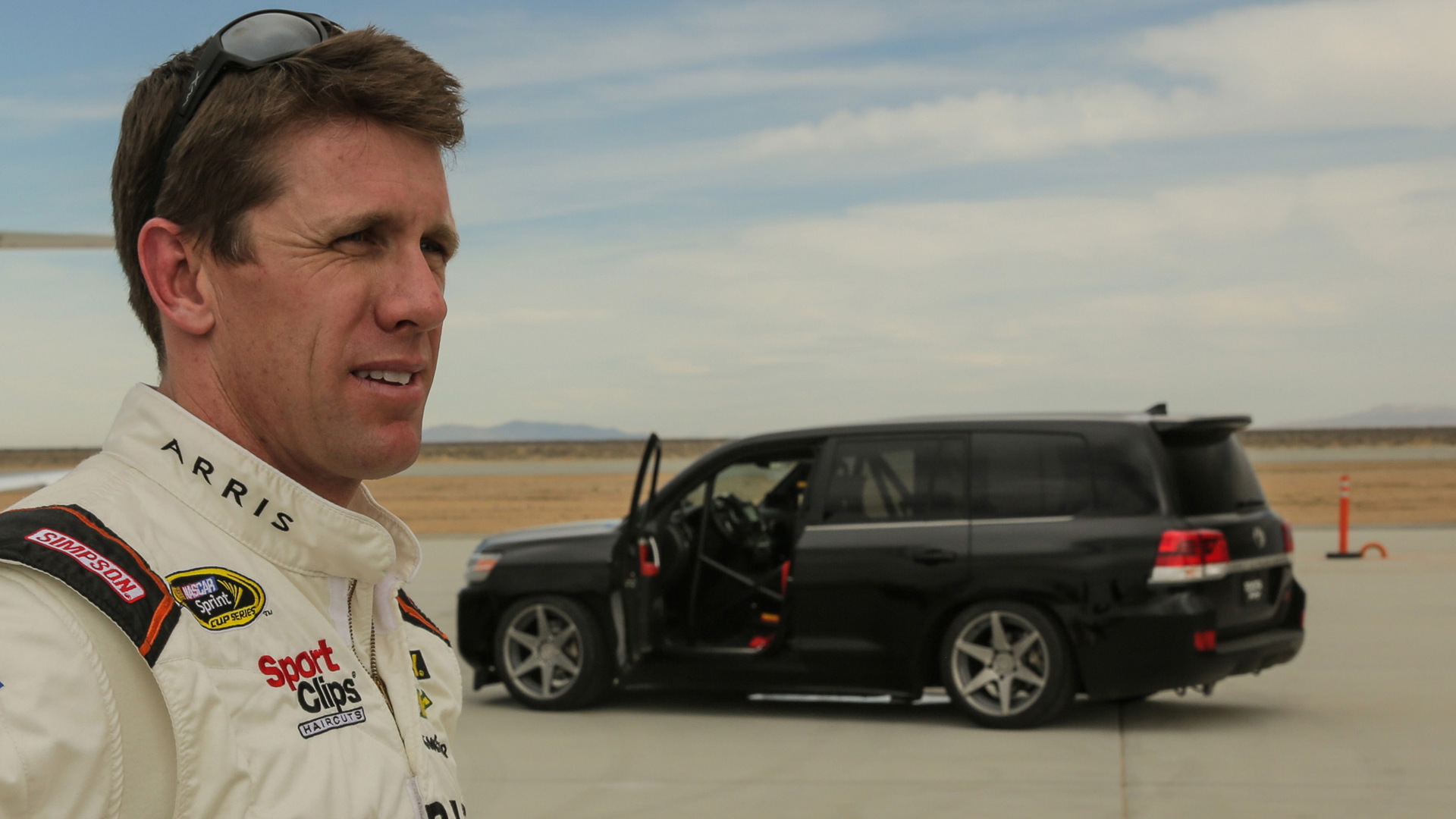 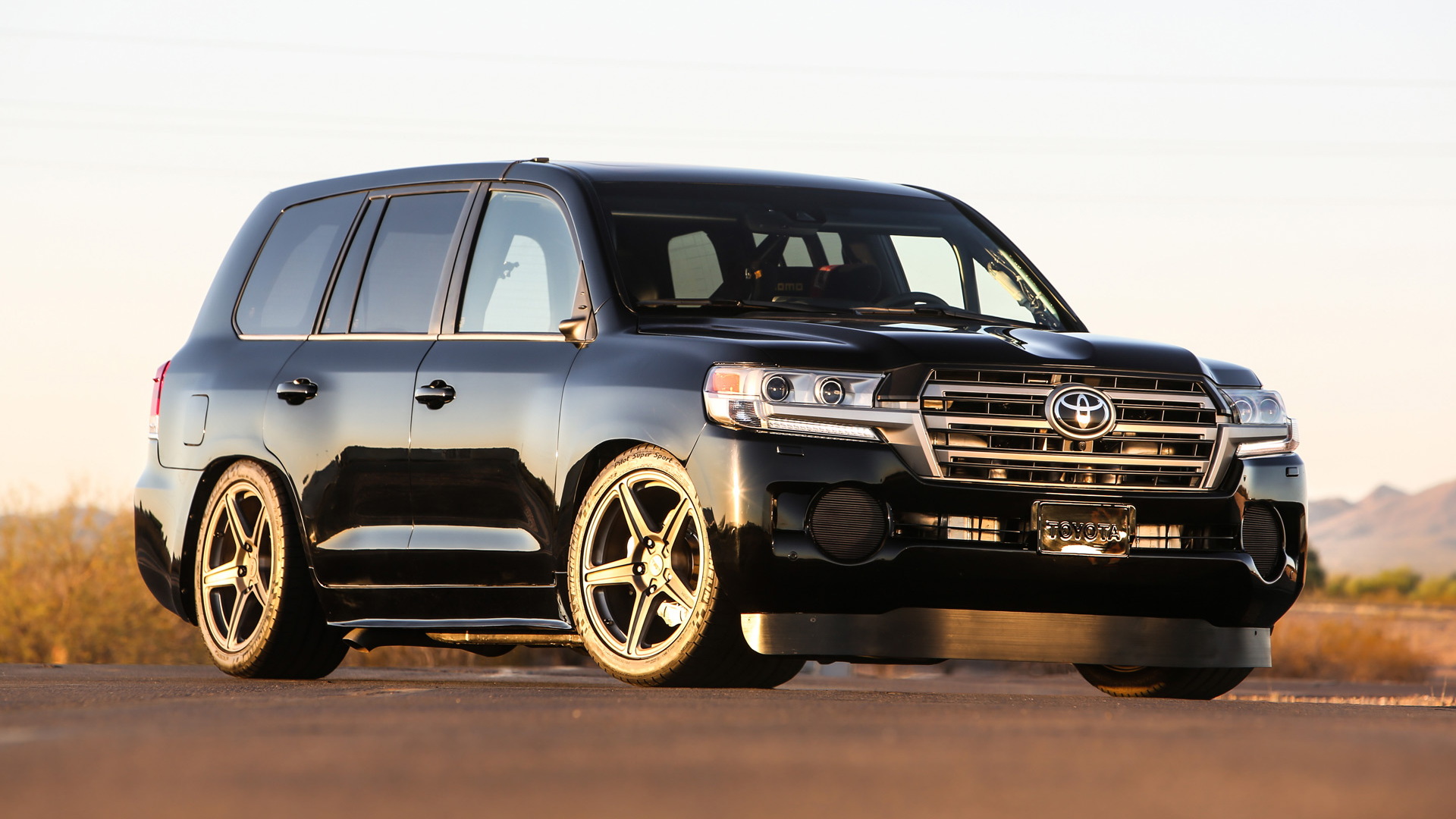 Toyota’s Land Cruiser is one of the most capable vehicles for going off-road. Toyota, however, has built one that’s right at home on a race track.

Called the Land Speed Cruiser, the wild SUV was first shown at the 2016 SEMA show, and last week it was driven to a top speed of 230.02 mph—the highest recorded speed for an SUV.

The record isn’t one for Guinness World Records, but it’s impressive all the same. It was achieved by former Toyota NASCAR driver Carl Edwards on a strip of runway at the Mojave Air and Space Port in Mojave, California.

The Land Speed Cruiser was built by a team at Toyota’s Motorsports Technical Center, responsible for high-horsepower engines used by drag racers. Starting with the Land Cruiser’s stock 5.7-liter V-8, the team added a pair of volleyball-sized Garrett turbochargers capable of producing as much as 55 psi of boost. The engine’s internals were also upgraded with sturdier pistons and rods and a custom-made intake manifold, among other key items. A custom racing transmission was also required for the 2,000 horses worth of grunt.

But according to Toyota, getting the power levels up was the easy part. A much tougher challenge, the automaker explains, was arriving at the aerodynamics that would ensure the big, blocky Land Cruiser could surpass 200 mph while still being stable. The team’s target was 220 mph.

To aid controllability, the Land Speed Cruiser sits lower to the pavement, thus dramatically reducing the amount of turbulent air able to pass underneath. Its frame also received some mods in order to maintain optimal suspension geometry, including being narrowed by 3.0 inches to accommodate wider Michelin Pilot Super Sport tires.

Despite all the mods, the vehicle was still a little hairy at high speeds. “At 225 mph, the thing was wandering a little bit,” Edwards said after his epic run.

Incredibly, though, Edwards only had 2.5 miles of track to play with. With an even longer track, Toyota is confident he could have gone even faster in the Land Speed Cruiser.

In case you’re wondering what’s the fastest production SUV, that honor goes to Bentley’s Bentayga which is capable of hitting 187 mph.