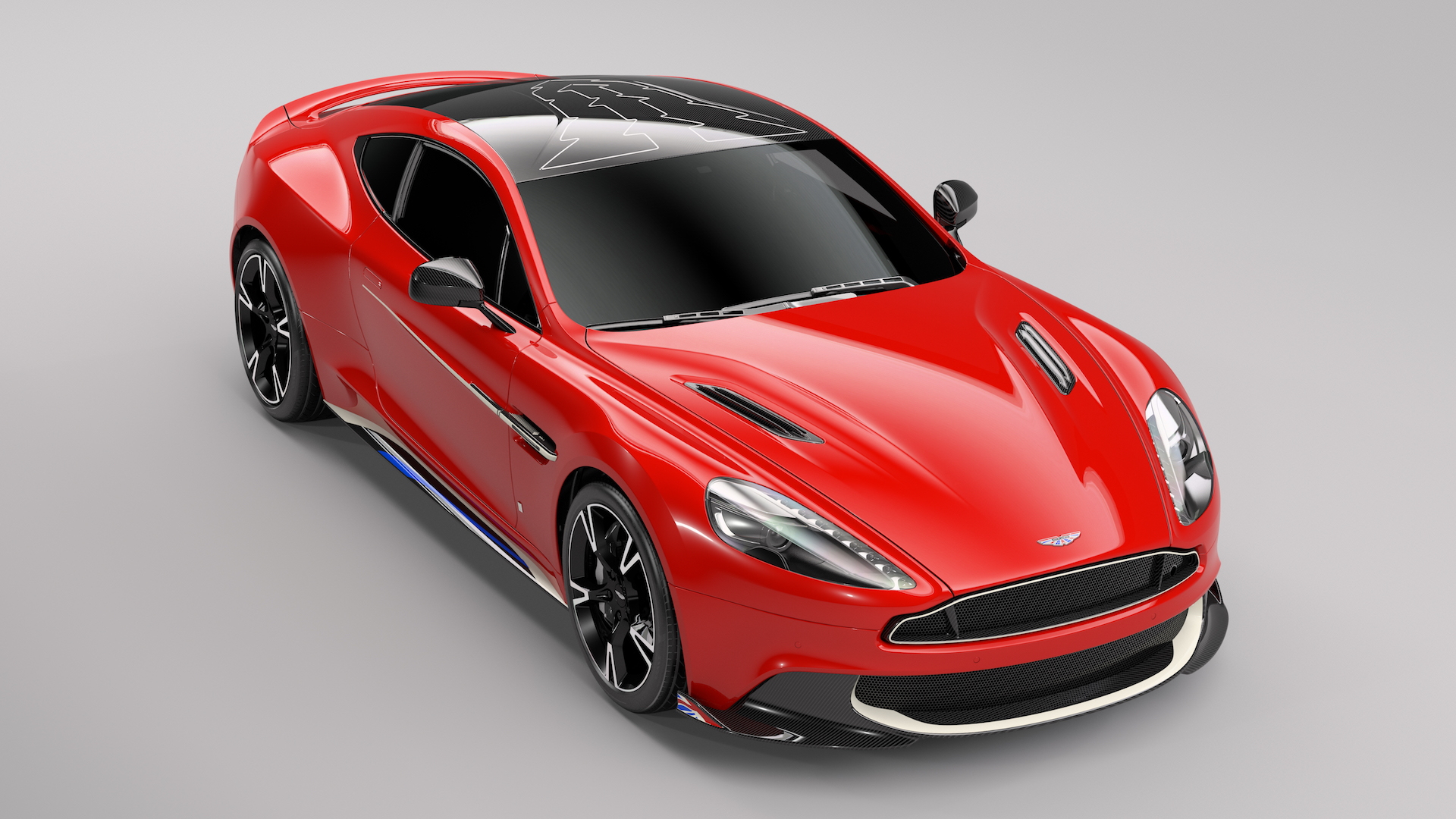 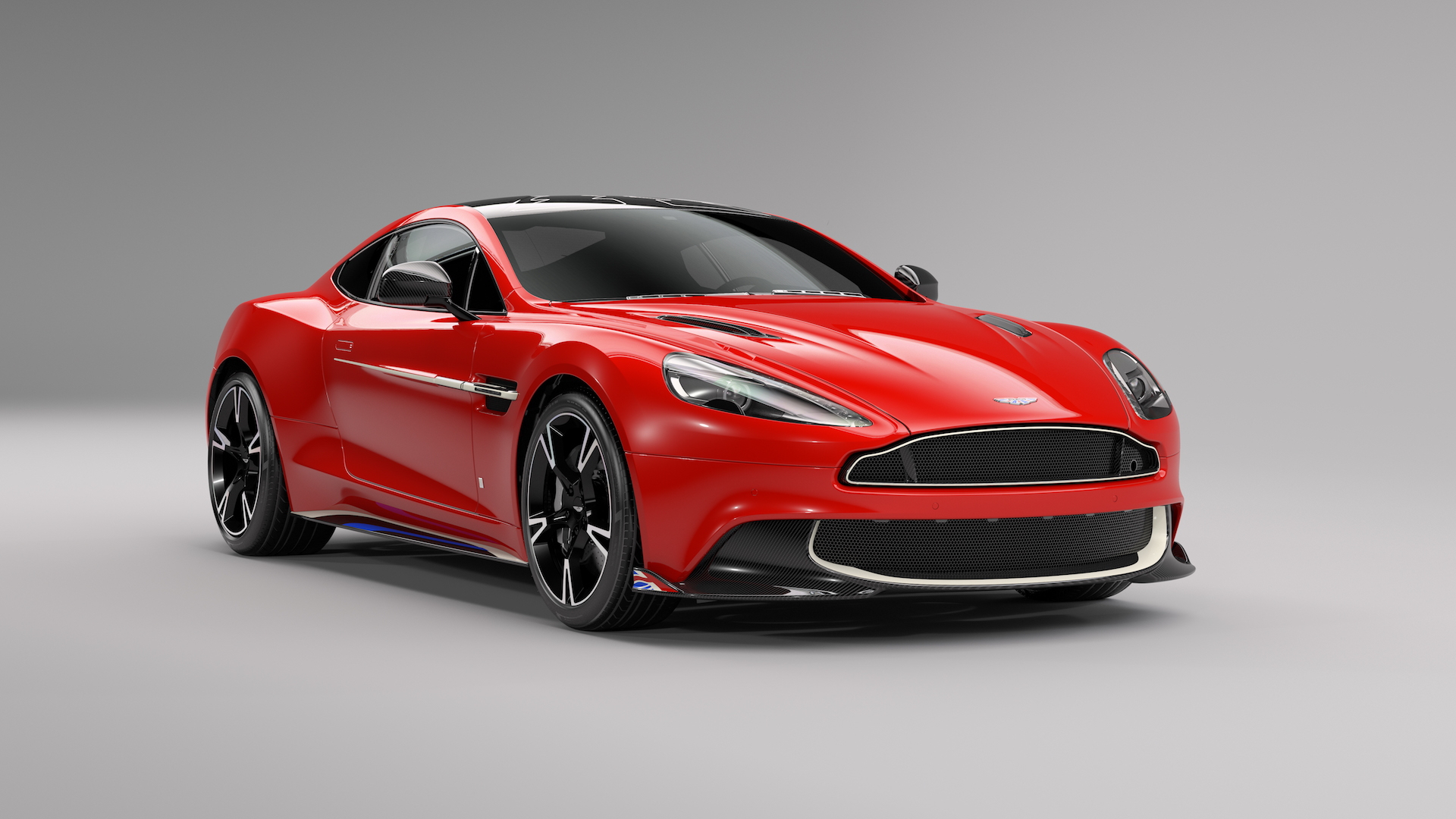 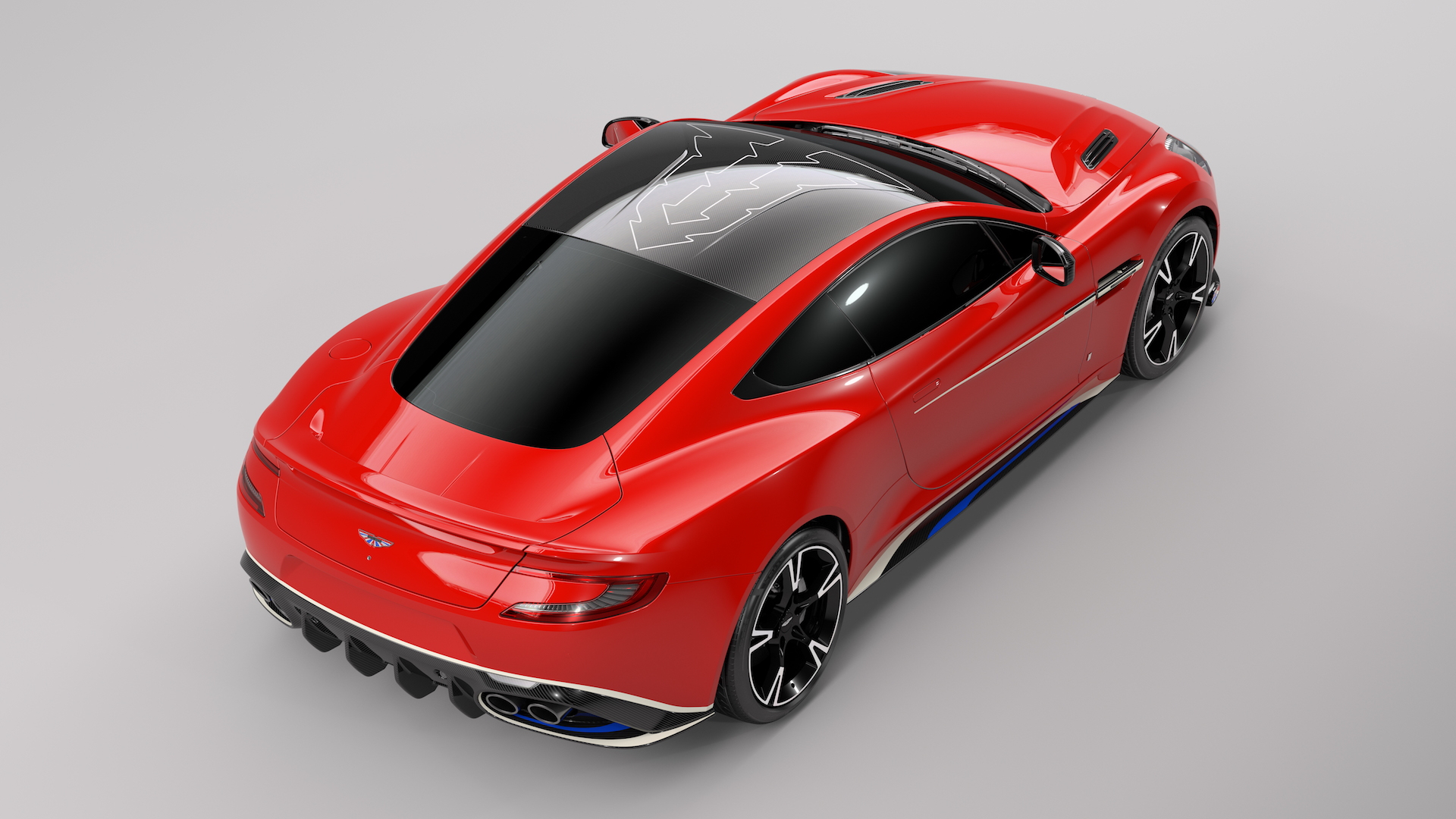 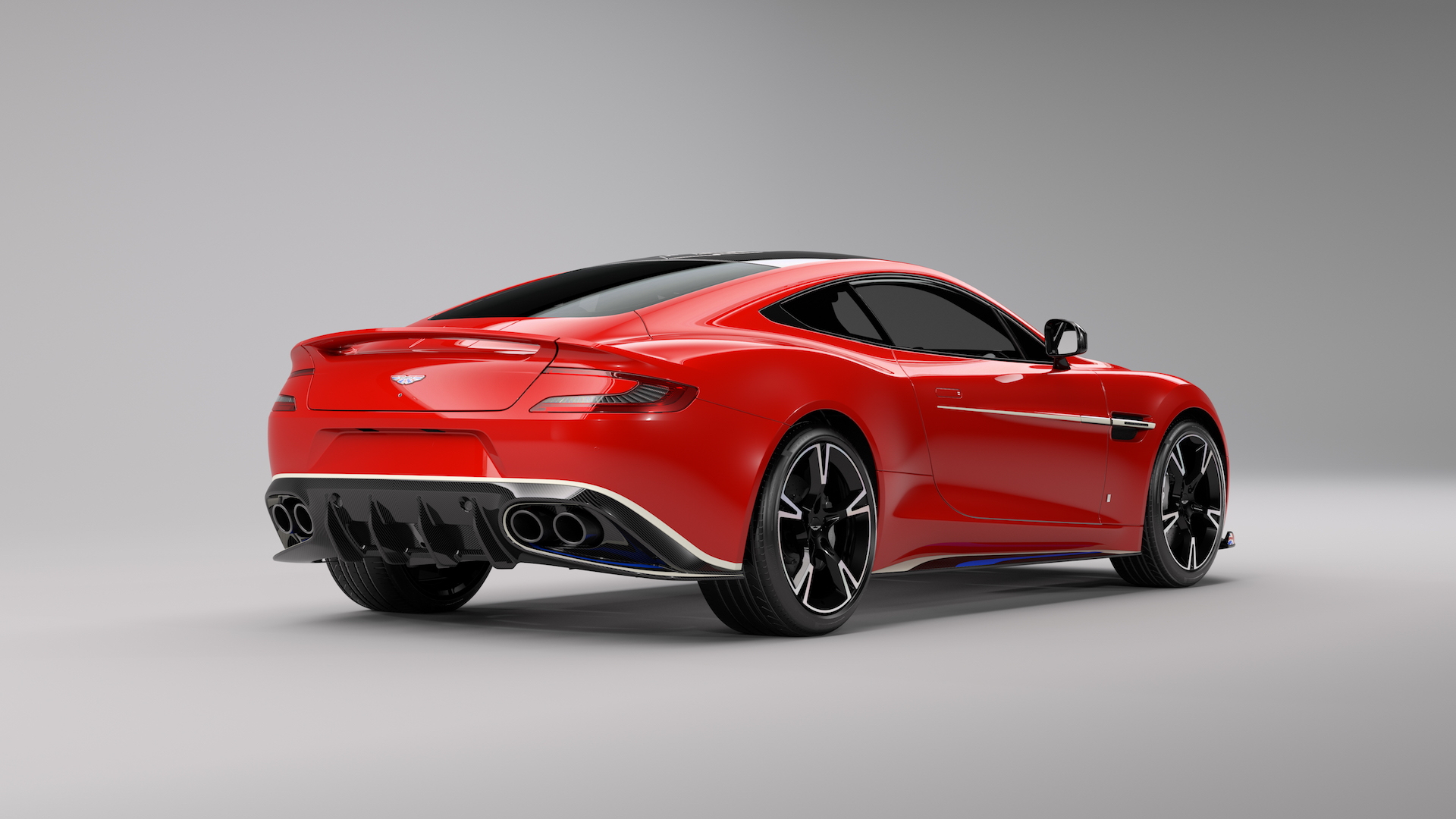 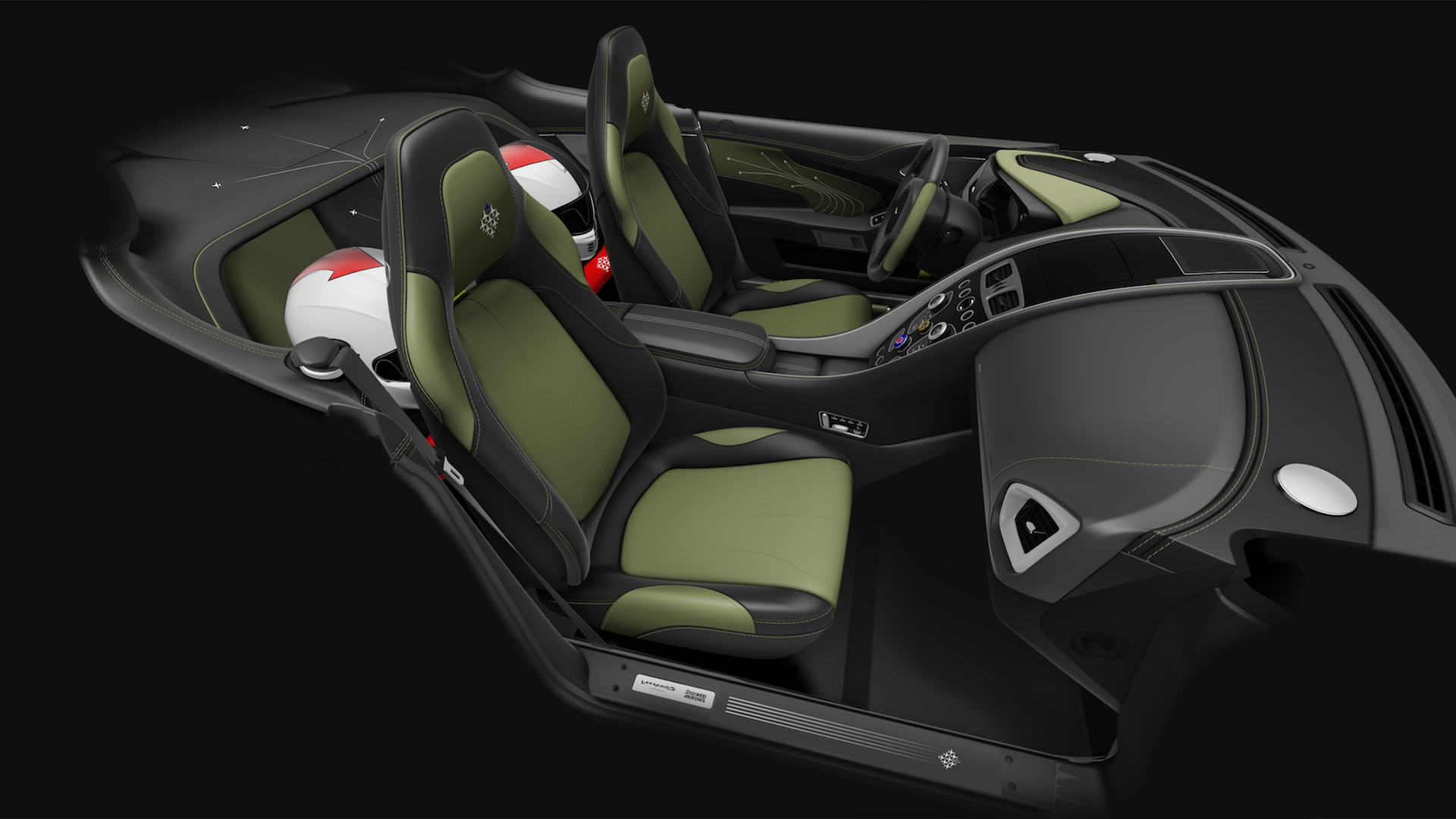 Marking the third time Q by Aston Martin - Commission has worked its magic, the British luxury automaker's bespoke arm has returned with what may be its most bespoke vehicle to date. Meet the Vanquish S Red Arrows, commissioned by Aston Martin Cambridge to celebrate the history of British aviation with one-off touches of luxury and craftsmanship.

For a brief bit history, the Red Arrows, founded in 1965, have showcased precise piloting skills for decades, wowing crowds with a spectacle not only in the United Kingdom, but throughout the world. It's this spirit of talent and prowess that fueled the Q by Aston Martin Vanquish S Red Arrows Edition. Q by Aston Martin has a history of honoring British engineering, as it did with the V12 Vantage S Spitfire 80 Edition.

To start, the Vanquish S Red Arrows is finished in "Eclat Red," a nod to the Red Arrows' slogan and famed livery. But, throughout the exterior, intricate details are present to continue celebrating the best of British aviation. They include white and blue carbon detailing to create "smoke trails" along the side strakes, and an inlaid "charge" pattern in the exposed carbon fiber roof that mimics the canopy design of a fast jet. Eagle-eyed observers will also notice winged Union Jack badges and a titanium exhaust.

Stepping inside the Vanquish S Red Arrows, the aviation motif continues. Pinewood Green inserts are sprinkled throughout the cabin, honoring the classic flight suit associated with the Red Arrows, while an emblem of nine aircraft in classic diamond formation is embroidered on the seat backs, again, emphasizing razor-sharp precision by the aircraft. The Q by Aston Martin Vanquish S Red Arrows Edition also receives a One-77-inspired steering wheel with a bespoke center rotary toggle inspired by aviation instrumentation and switchgear, "Vixen Beak" graphic on the doors, and other touches inspired by the iconic aircraft.

Owners of the Vanquish S Red Arrows Edition will be just as pampered, too. Extra goodies included with the vehicle range from bespoke embroidered bomber jackets, a luggage set, a die-cast model of the vehicle, a racing helmet, and a specially designed car cover and build book to document the vehicle's journey through production. Each Red Arrows Edition's inspection plaque will also be signed by the equivalent number pilot from the Red Arrows squadron, ranging from 1 to 10.

Only nine of these incredible Aston Martins will be available to the public, though. Number 10 will be gifted to the RAF Benevolent Fund, the charity established to provide support to former servicemen and women and their families. Aston Martin Cambridge will raffle off the car later this year. Those interested in winning it (and who wouldn't be?), can buy tickets here.

Q by Aston Martin hasn't discussed price, but judging by the thought and craftsmanship baked into the Vanquish S Red Arrows, we'd imagine it will be saved for those with the cushiest of bank accounts.