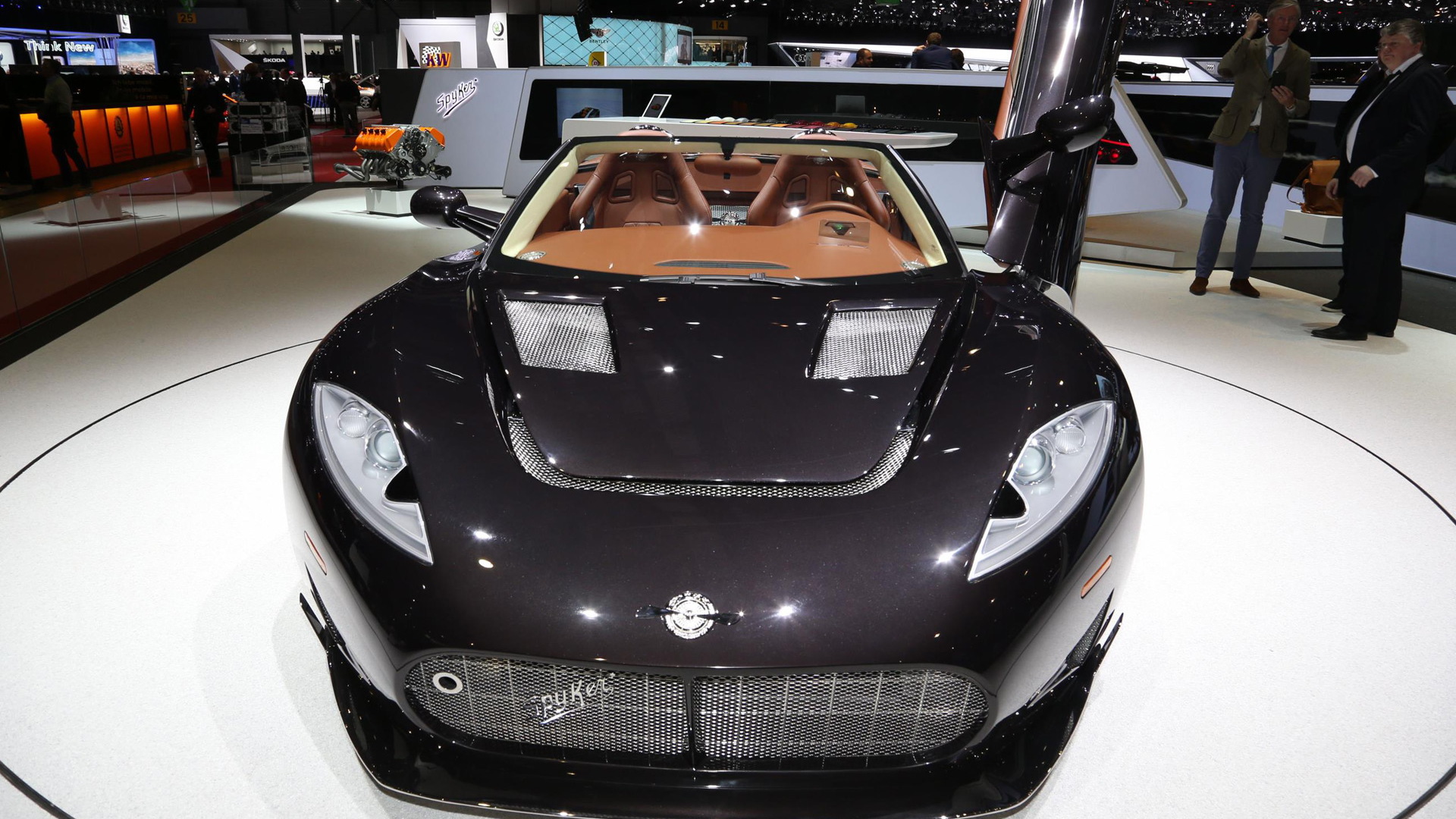 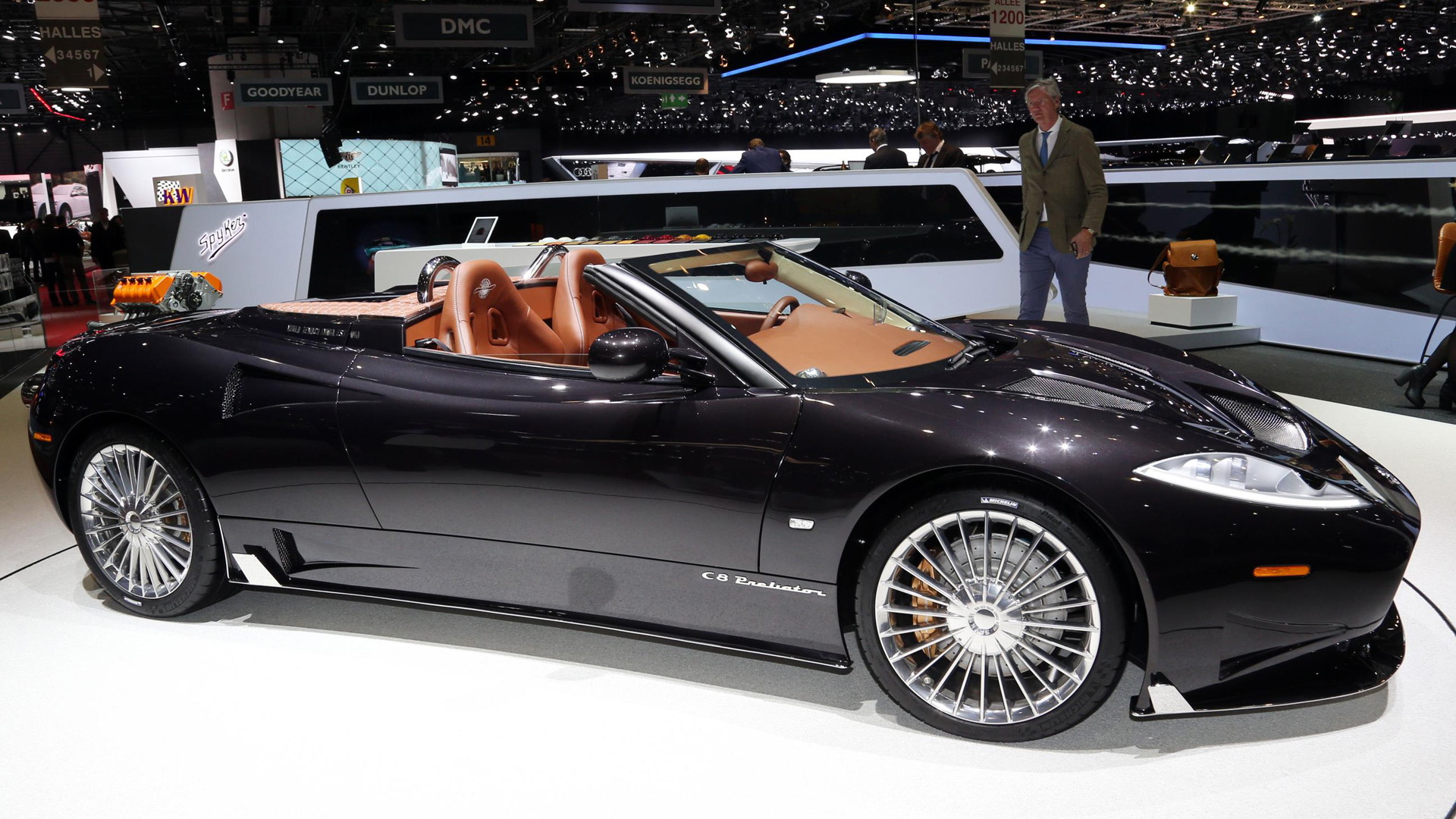 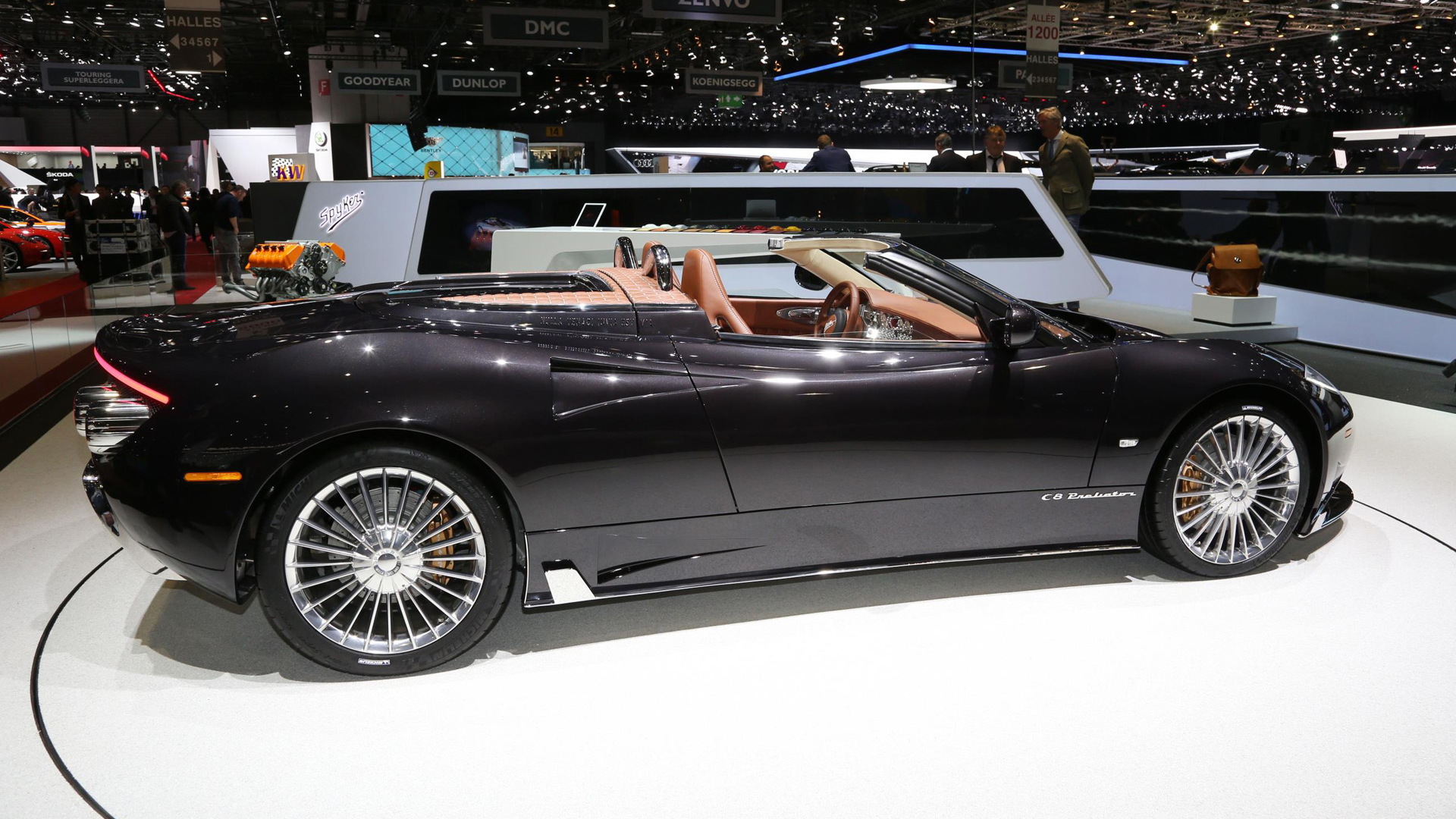 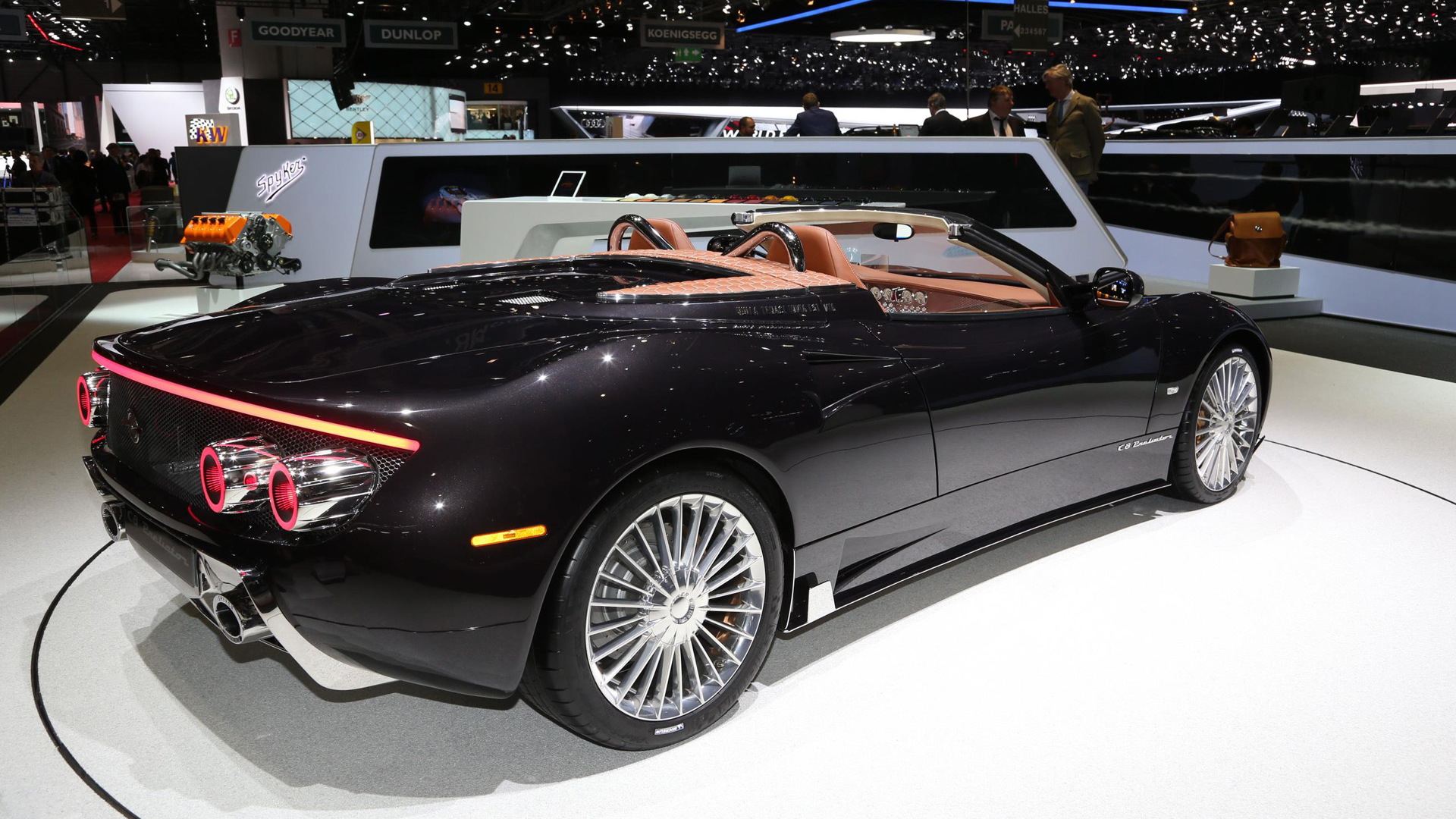 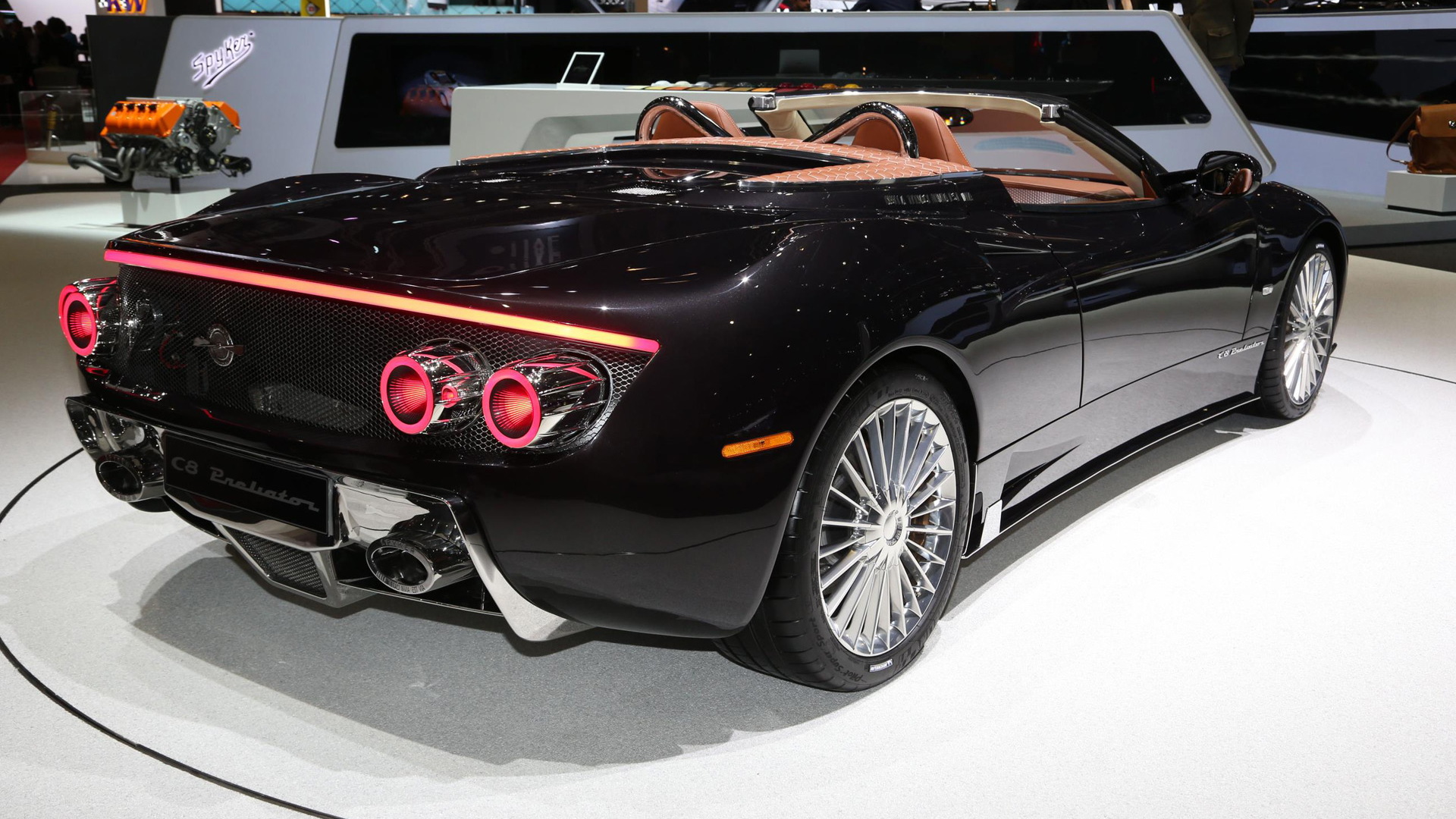 Dutch sports car marque Spyker has axed the old Audi-supplied engine used in previous versions of its C8 supercar in favor of a Koenigsegg-built V-8 for the new C8 Preliator Spyder, which it revealed on Tuesday at the 2017 Geneva auto show.

The naturally aspirated, 90-degree 5.0-liter V-8 is said to produce 600 horsepower and 442 pound-feet of torque. A 6-speed manual transmission will be the only gearbox on offer, presumably shifted via one of Spyker's steampunk-esque metal gear levers. Expect improved performance and a top speed that may best the outgoing model's 201 mph.

The engine will also replace the supercharged 4.2-liter Audi V-8 originally announced for the C8 Preliator coupe launched a year ago. Because of the change in powertrain, the start of production for the coupe has been delayed until the fourth quarter of 2017. The production will take place at an assembly plant in Coventry, England.

Production of the C8 Preliator Spyder is scheduled to start in mid-2018. Pricing will start at a substantial $430,000, and no that doesn't include the custom-tailored, five-piece Louis Vuitton luggage set designed for the car.

It may sound like something of a surprise to see Spyker and Koenigsegg—both boutique supercar brands—team up together, but there's a fair amount of shared heritage. Both brands have used Audi V-8s and both were closely associated with General Motors' sell-off of its Saab brand several years ago.