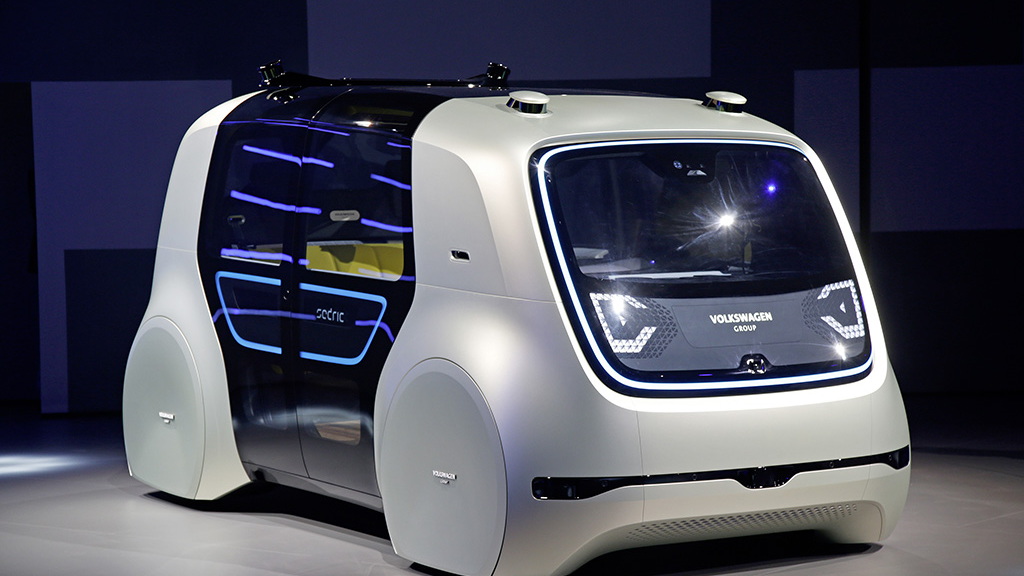 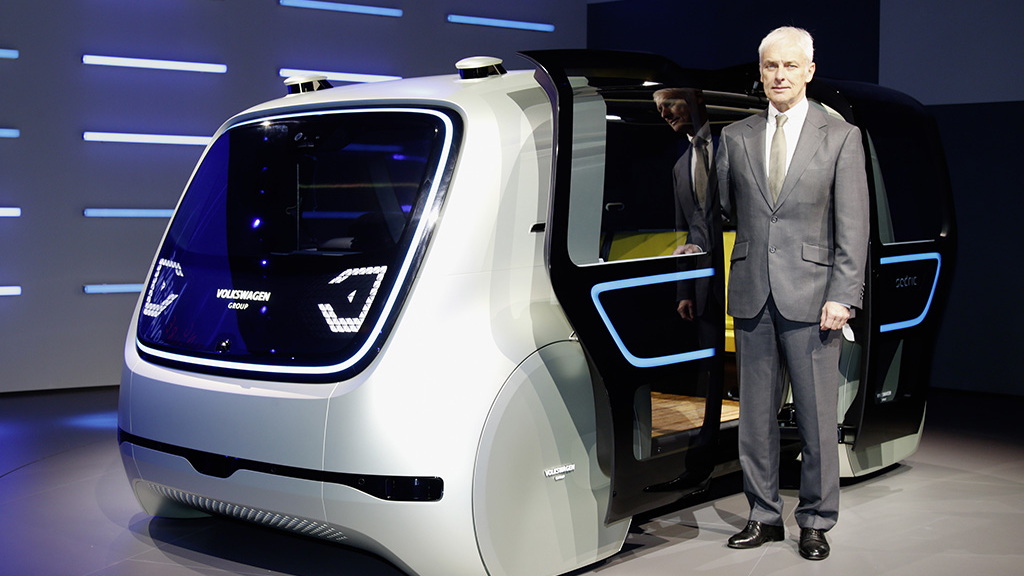 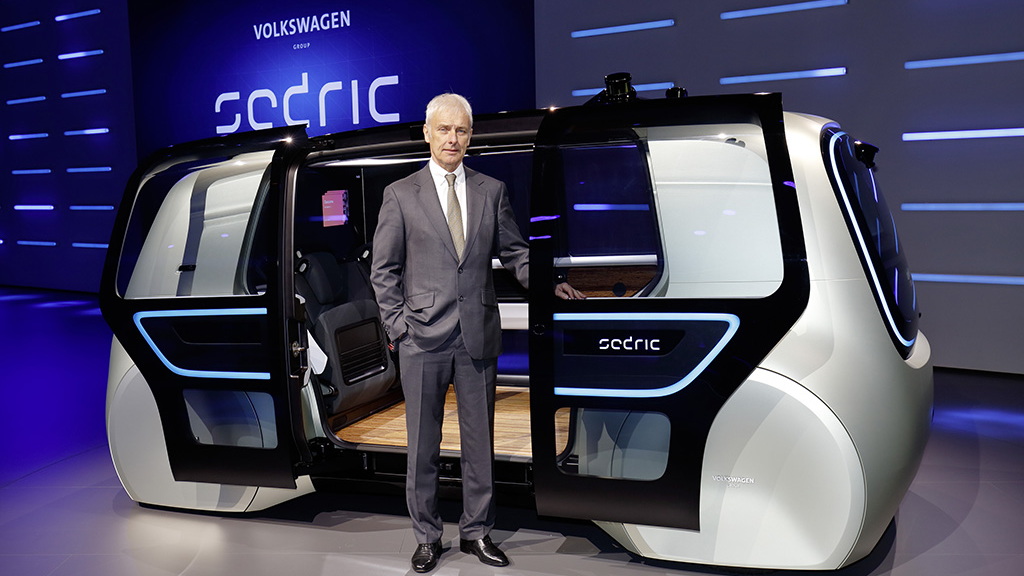 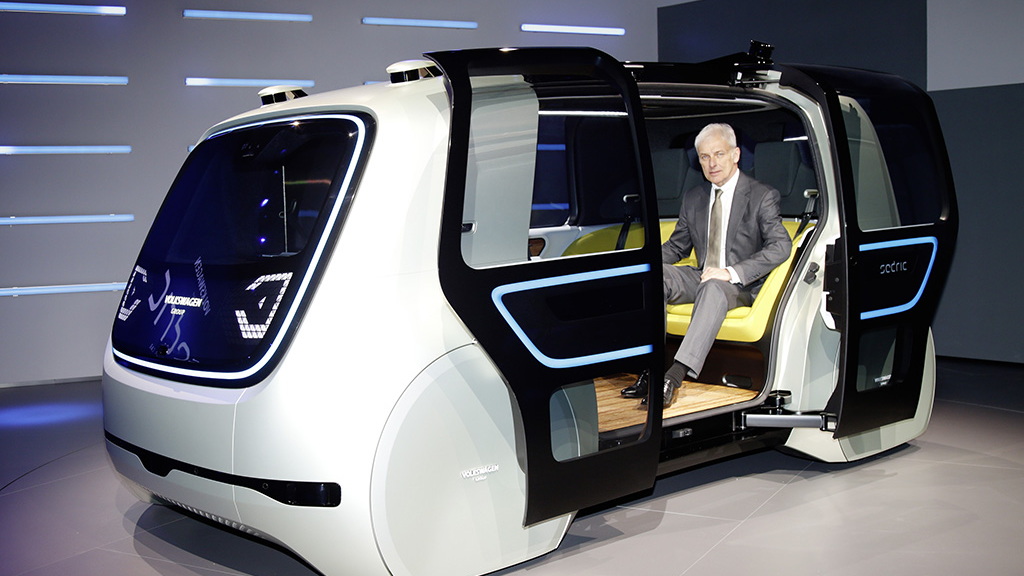 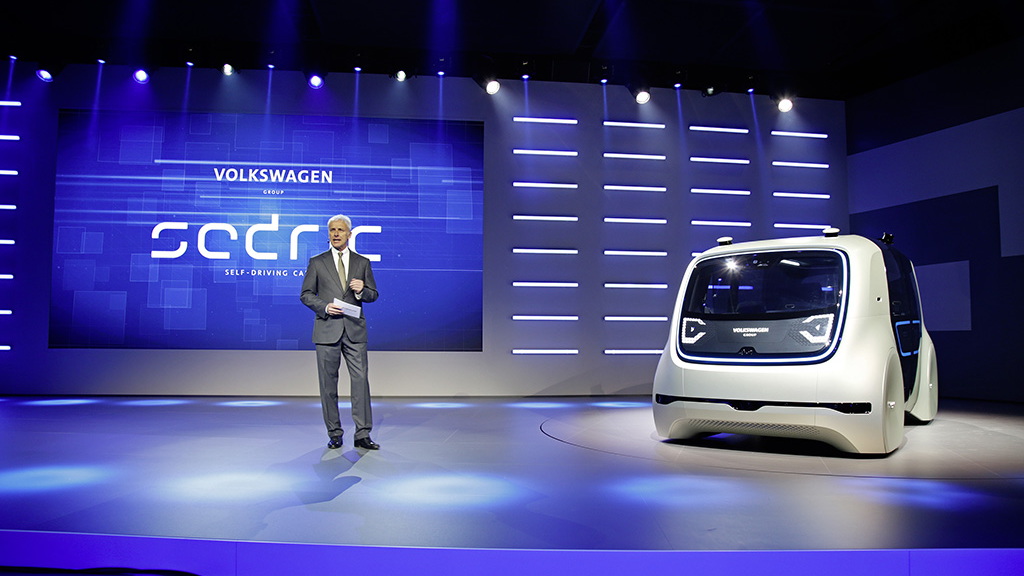 The Volkswagen Group avoided its usual pomp and flair in the lead up to this year’s Geneva auto show by focusing on a single, community-minded concept car meant to be representative of future trends affecting its entire portfolio of brands.

The concept is called the Sedric, and it’s the first vehicle to be launched by the VW Group itself and not one of the automaker's brands. It’s also the automaker’s first car to be billed as a true “Level 5” self-driving car. This is the most advanced level of self-driving capability and means the Sedric is potentially capable of handling all driving situations on its own, even during inclement weather.

You won’t find a steering wheel or pedals here. Instead, commands can simply be stated out loud. For example, a passenger could tell the car what route to take to reach a destination or at what time they’d like to reach it. And while on the journey, they could read a book, take a nap or stay entertained via the windshield which doubles as a large LED screen with augmented reality.

There’s 2+2 seating inside, though the vehicle could be made larger or smaller depending on the requirements of the owner. And speaking of the owner, there’s a good chance the VW Group would remain the owner of the vehicle. Instead, you’d just hail a ride like you would with a taxi or Uber today. VW has already invested in ridesharing service Gett in preparation for this potential future.

The propulsion system is electric, with the battery stored in the floor. And to make things as clean as possibly inside, the concept has also been fitted with an air-purifying system positioned in front of the rear windscreen to enhance the effect of its bamboo charcoal air filters.

When might we see something like the Sedric on the road? The VW Group has previously said it will be ready to license a competitive self-driving system by the end of the decade. However, self-driving capability on the same level as that promised by the Sedric is likely a decade or more away from becoming reality.

In the meantime, we can expect many more concepts. The VW Group describes the Sedric as the “father” of further concepts from each of the automaker’s brands. These “child” concepts will be created in typical designs for the brands and will feature tailor-made and customer-specific characteristics for equipment.

Handling a lot of the development is a new VW Group think tank called the Future Center. Located in Potsdam, Germany, the center is still establishing its team structures but a number of initial ideas and concepts are already being explored further.