McLaren has confirmed the debut of its 650S replacement at the 2017 Geneva auto show and to get us excited has revealed the car's carbon fiber monocoque structure, dubbed the Monocage II.

The previous Monocage featured in the P1 hypercar, whereas lesser models from the Super Series and Sports Series families used the fully open carbon and metal Monocell structure. The adoption of the Monocage II by the 650S replacement suggests new levels of stiffness, rigidity and weight savings for the Super Series family, in which the car will sit.

For example, McLaren boasts that the Monocage II contributes to a dry weight of just 2,828 pounds for the new car—lower than the closest competitor and 40 lb lighter than a 650S.

The development of Monocage II has also enabled engineers to incorporate a wider cabin entrance and lower door sill to improve access to the cabin as well as all-round visibility. The new structure also enables a lower center of gravity, further sharpening the dynamic performance of cars based on it. Owners wishing to showcase the carbon fiber construction of the structure will be able to specify a special option that exposes the material on the insides the A-pillars. 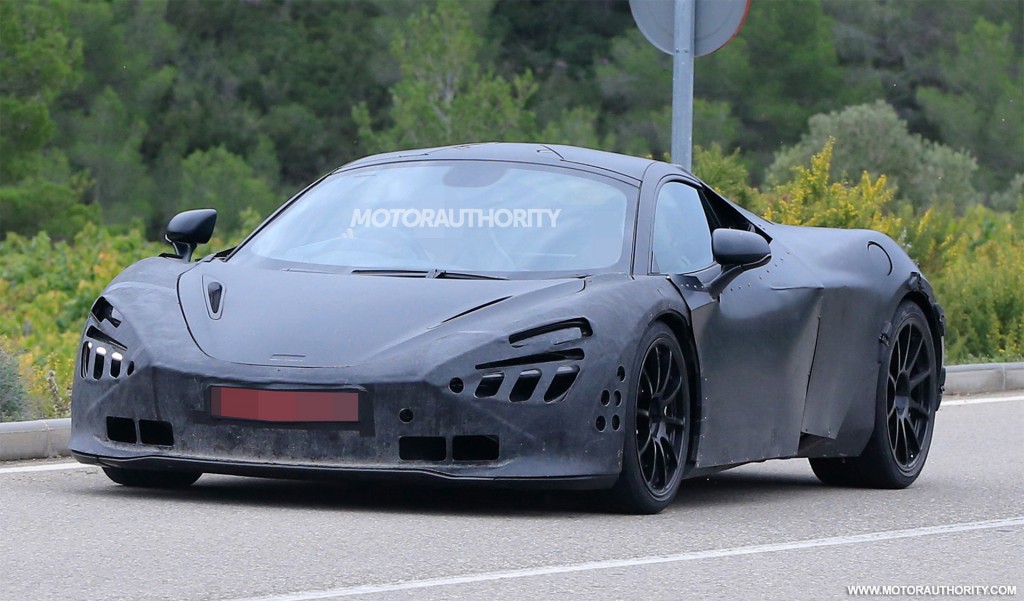 The new car, code-named the P14, is the first of 15 cars outlined in McLaren’s Track22 business plan announced at the 2016 Geneva auto show. It has already been spotted in prototype form and is believed to be called a 720S, indicating it will have 720 metric horsepower, or 710 regular hp. That output is thought to be coming from a new twin-turbocharged 4.0-liter V-8.

“Super Series is the core of the McLaren business and personifies the blend of extreme performance, crafted luxury and unparalleled driver involvement that is the McLaren heartland,” CEO Mike Flewitt explains. “This is the first time we have replaced a product family and the new Super Series will be absolutely true to McLaren’s pioneering spirit in being a revolutionary leap forwards, both for our brand and the supercar segment.”

The Geneva auto show starts March 7. For the rest of our coverage on the event, visit our dedicated hub.