The French government in early 2016 pledged to install over a five-year period 1,000 kilometers (621 miles) of roads lined in solar panels. The first kilometer has now been completed, on the Route RD5 between the towns of Tourouvre and Gué-à-Pont.

Fortunately, the government isn’t about to go out and convert France’s one million-odd kilometers of road just yet. The Route RD5 stretch, and a handful other test locations, will be observed over a two-year period to determine whether Wattway can withstand the rigors of daily traffic. The government will also look at whether the roads produce sufficient electricity to be a viable alternative to other renewables such as wind farms. 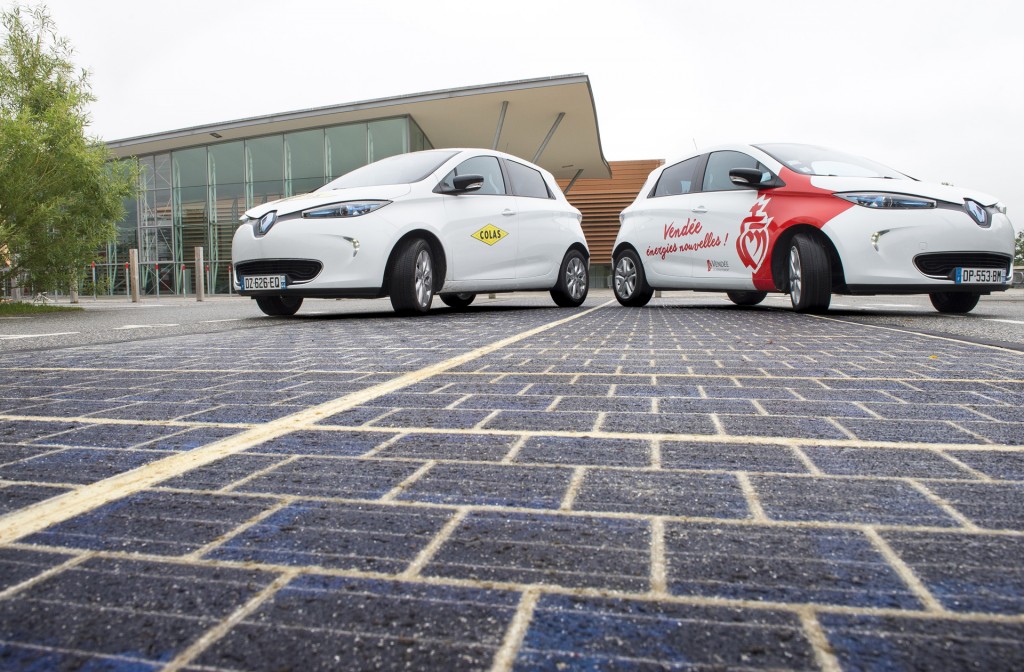 However, there are other advantages to just electricity generation. LEDs can be installed in the roads to replace painted road signs, meaning the signs can be changed, for example to provide warning should there be an accident ahead. Furthermore, heating elements can be installed to help prevent ice forming and communication systems can be installed as part of the vehicle-to-infrastructure network.

The idea of solar roads is nothing new. A 230-foot bike track was trialed in the Netherlands in 2014 and showed better-than-expected results. Over a six-month period, the track generated over 3,000 kilowatt hours of electricity—enough to power a single-person household for a year. Wattway represents the first time solar panels have been applied to an existing road.

Closer to home, Colas is working with the Georgia Department of Transportation to install Wattway on an 18-mile section of Interstate 85 in Georgia.