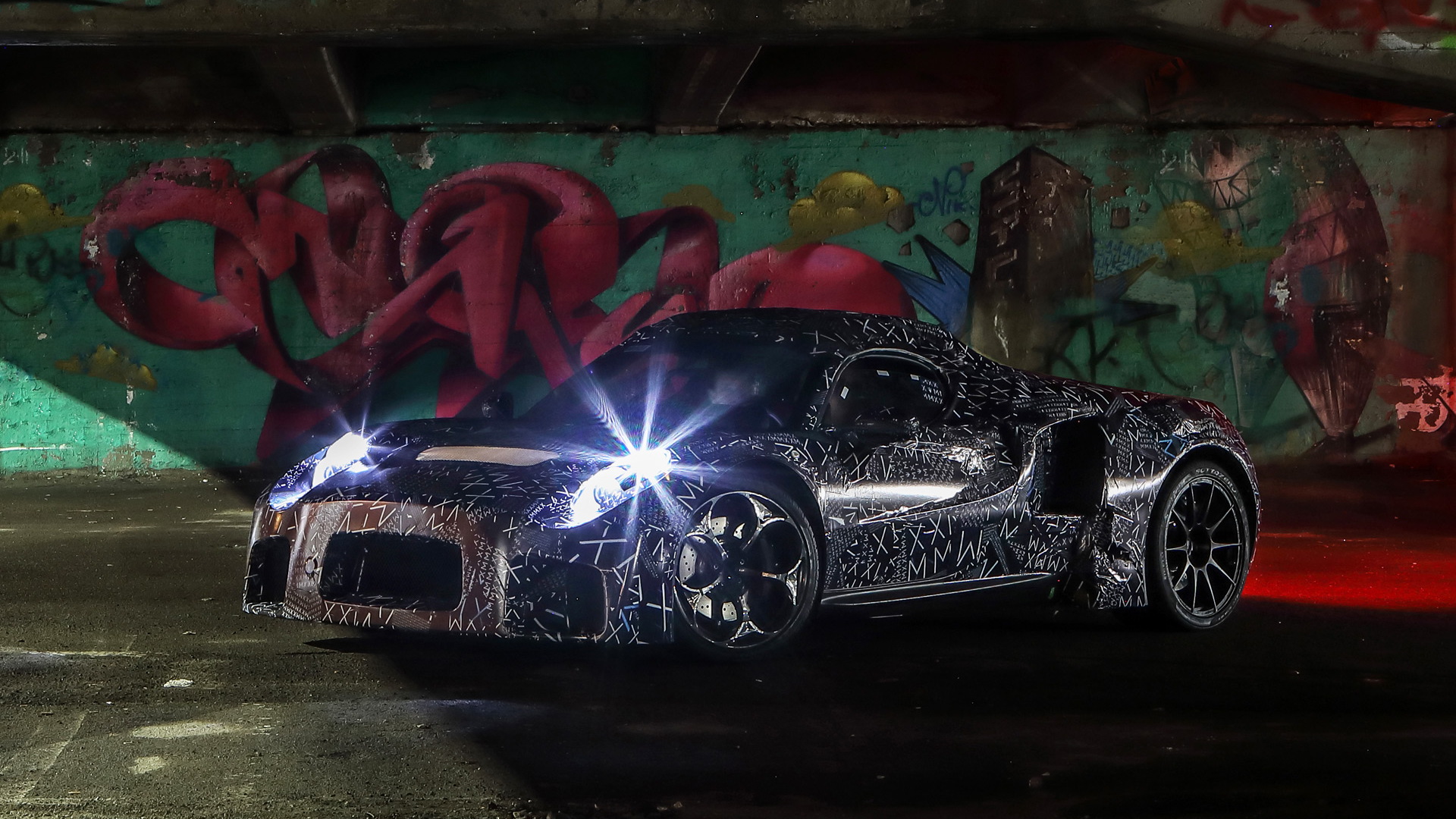 Maserati's MC20 supercar has been spotted ahead of its world debut in late May.

The engineers are still using a makeshift Alfa Romeo 4C body to hide the mechanicals but it's clear we're looking at a longer, wider car.

Maserati has hinted at a new sports car ever since the GranSport went out of production over a decade ago. Things first got serious in 2014 when the automaker unveiled the Alfieri concept and confirmed production plans almost immediately after the debut.

The plans have since changed, with the MC20 to be a two-seat, mid-engined supercar and the 2+2, front-engined Alfieri's stunning lines now expected to transfer over to the next GranTurismo. Maserati's redesigned grand tourer is due in 2021 and will be the first model from the Italian marque with battery-electric power.

The MC20 will also offer battery-electric power eventually but at launch there will be a V-6-based hybrid powertrain. This will most likely be a plug-in hybrid setup, though a mild-hybrid setup is also a possibility.

Maserati also plans an MC20 race car, but the automaker is quiet on what class and series it is being developed for.

Maserati has a busy period ahead of it. Also due this year are updated versions of the Ghibli, Quattroporte and Levante all offering plug-in hybrid powertrains. And next year, Maserati will launch the redesigned GranTurismo and a small SUV likely related to the Alfa Romeo Stelvio.