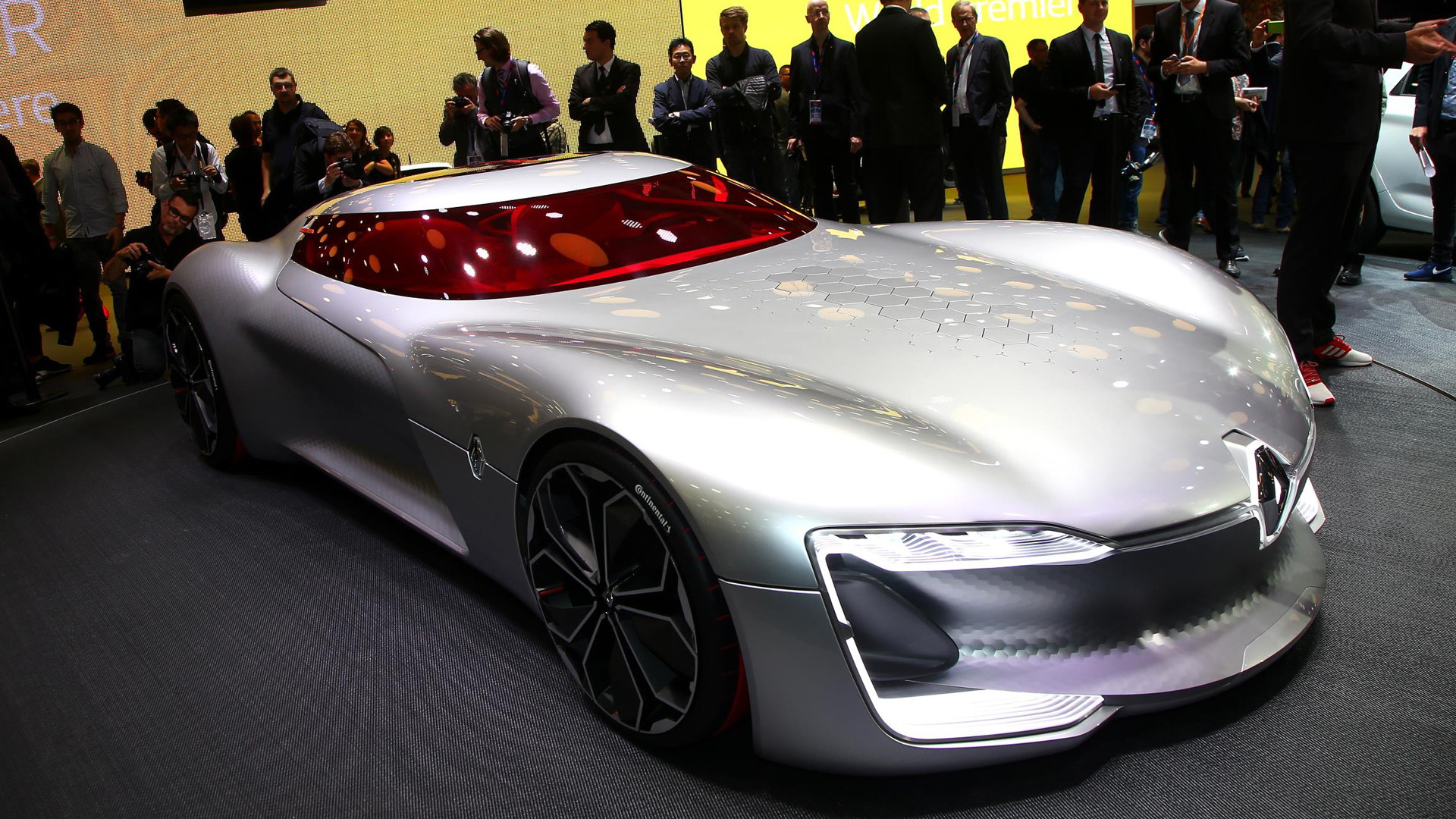 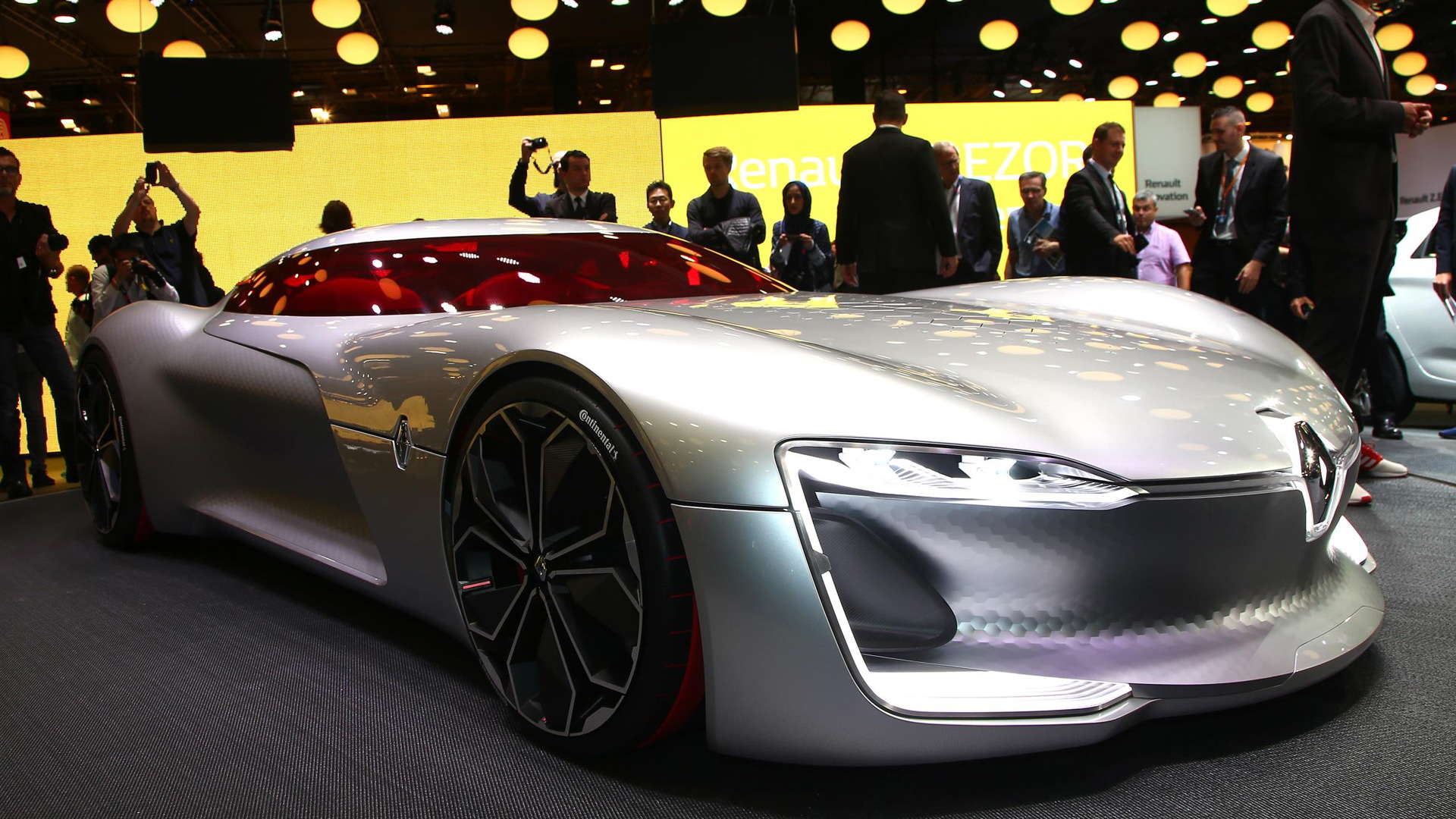 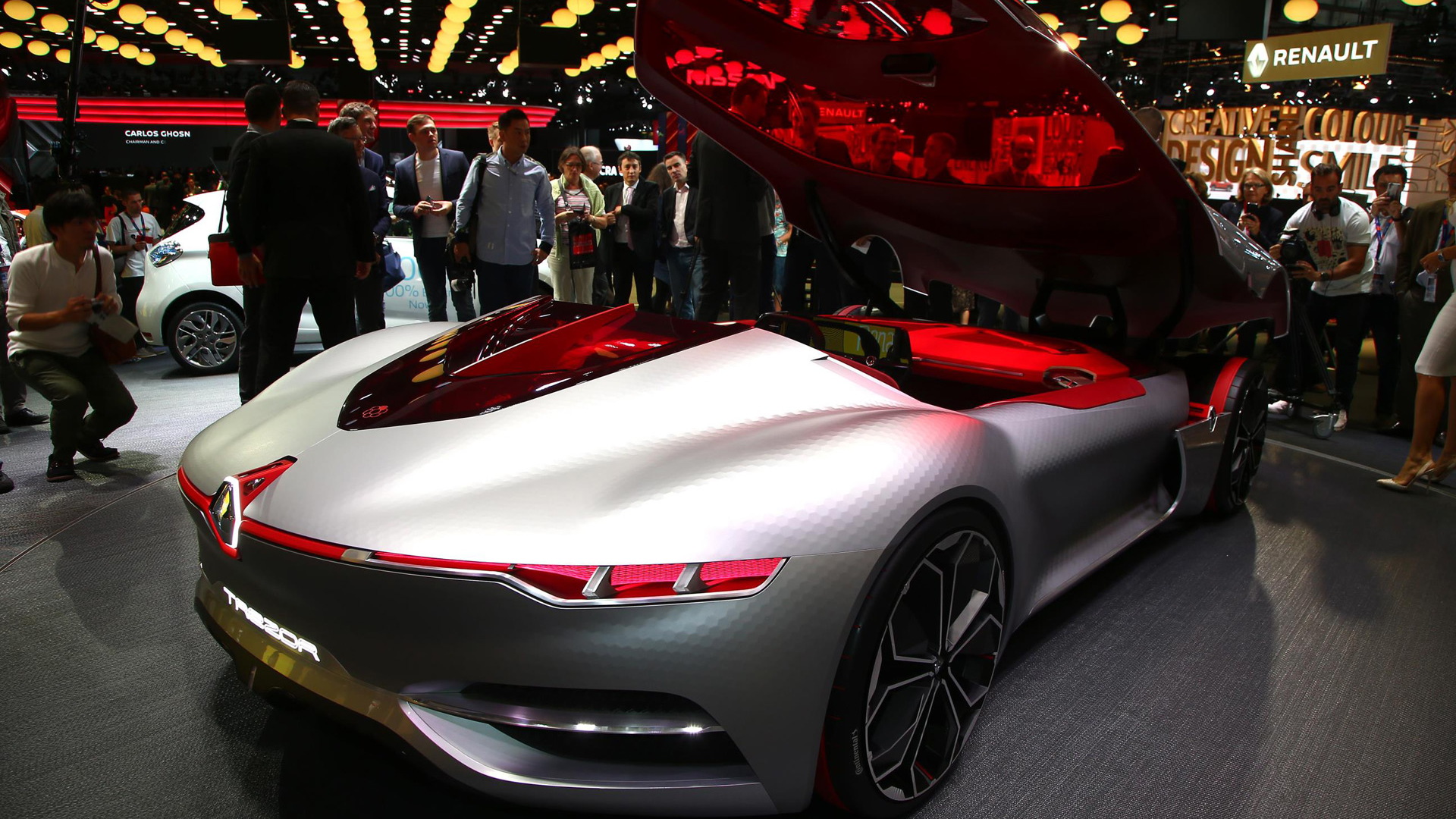 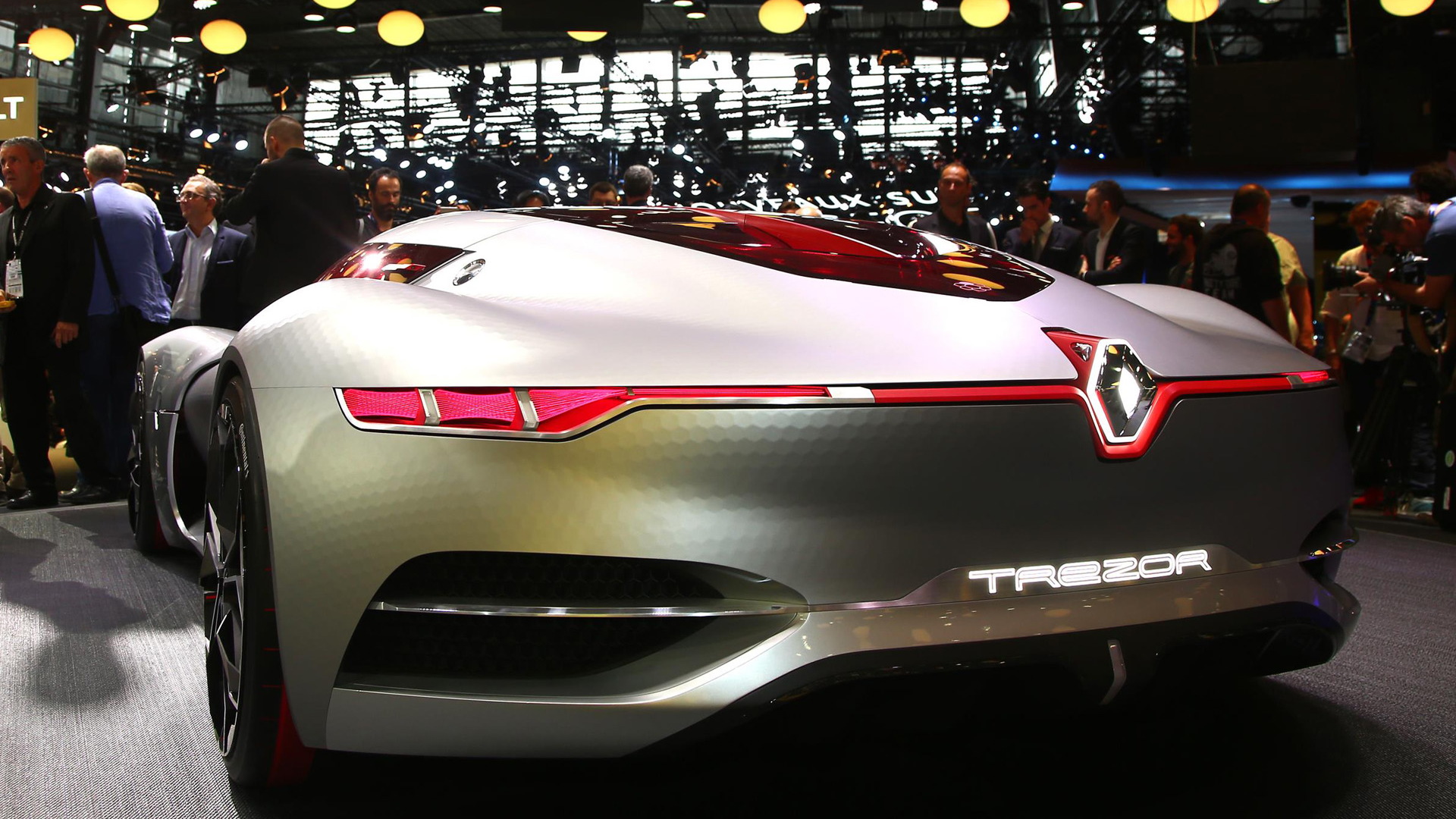 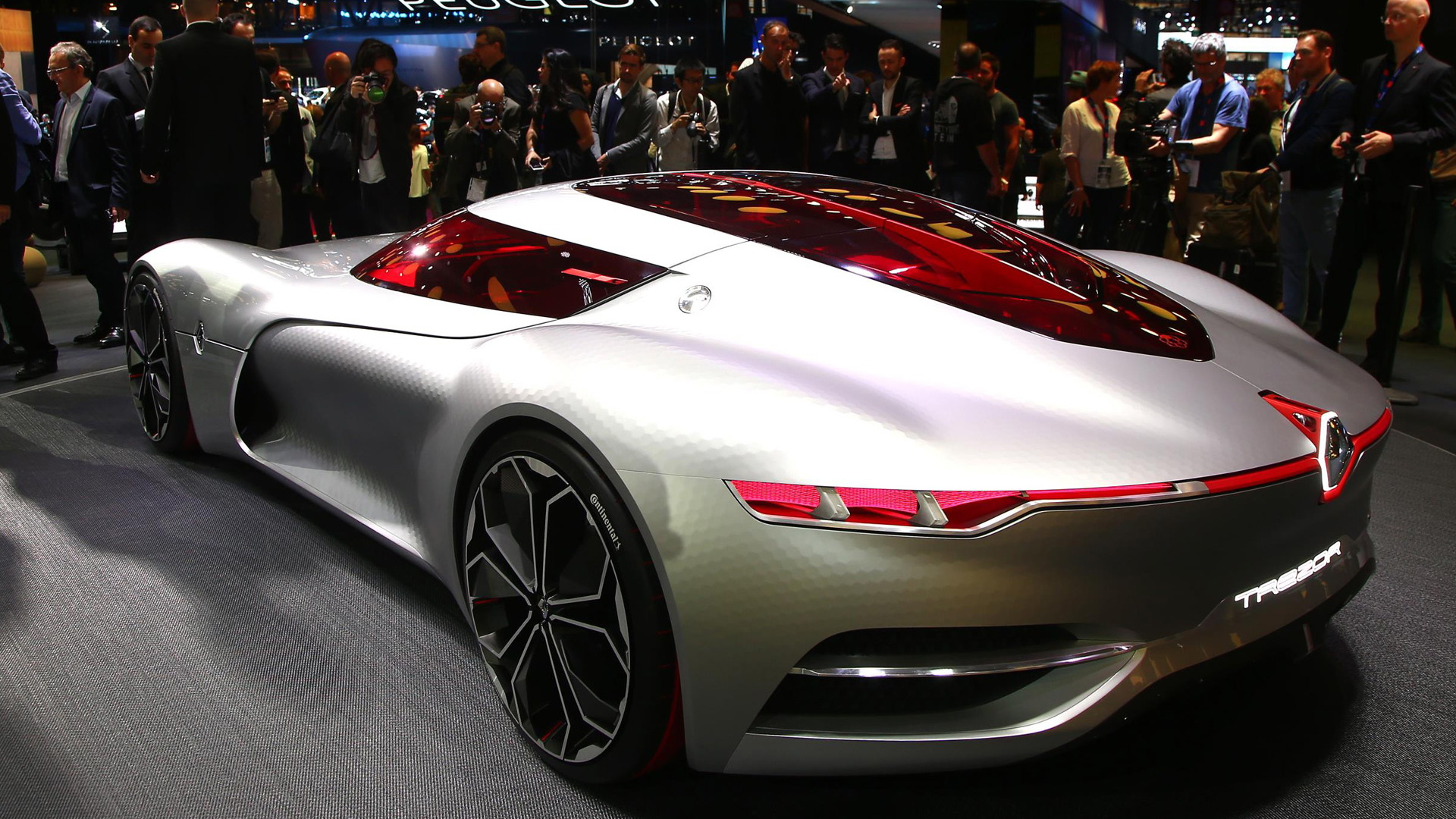 Renault on Thursday rolled out a sultry GT concept at the 2016 Paris auto show.

Called the Trezor, the concept doesn’t herald a production model, unfortunately. Rather, it hints at the automaker’s new design direction. In this way it’s similar to Renault’s DeZir concept from 2010 which previewed the design of the automaker’s current crop of cars.

Key traits of the design language are simple yet elegant lines and a warm, inviting interior. Renault says it’s meant to invoke the warm, fuzzy feeling of falling in love. Perhaps that’s how Renault’s designers felt when they saw Mercedes-Benz’s AMG Vision Gran Turismo concept from 2013, because there are a lot of similarities between the two designs.

However, where the Mercedes concept featured a V-8 engine, Renault’s Trezor is electric. Borrowing technology from the Renault e.dams Formula E team, the Trezor features a 350-horsepower electric drive system incorporating two batteries, one at either end of the vehicle. Each battery has its own cooling system optimized by the variable-geometry air intake in the hood. Renault quotes a 0-60 mph time of less than 4.0 seconds. Remember, this is a GT and not a supercar.

Of course, it wouldn’t be a modern concept without a self-driving mode. Renault says it will be able to offer a genuine “hands-off, eyes-off” system beyond 2020. The automaker is developing the technology with its alliance partner Nissan. It will be introduced gradually over the coming years. Initially it will be able to handle some situations such as slow-moving traffic, later incorporating highway and intersection capability and finally a fully autonomous mode.