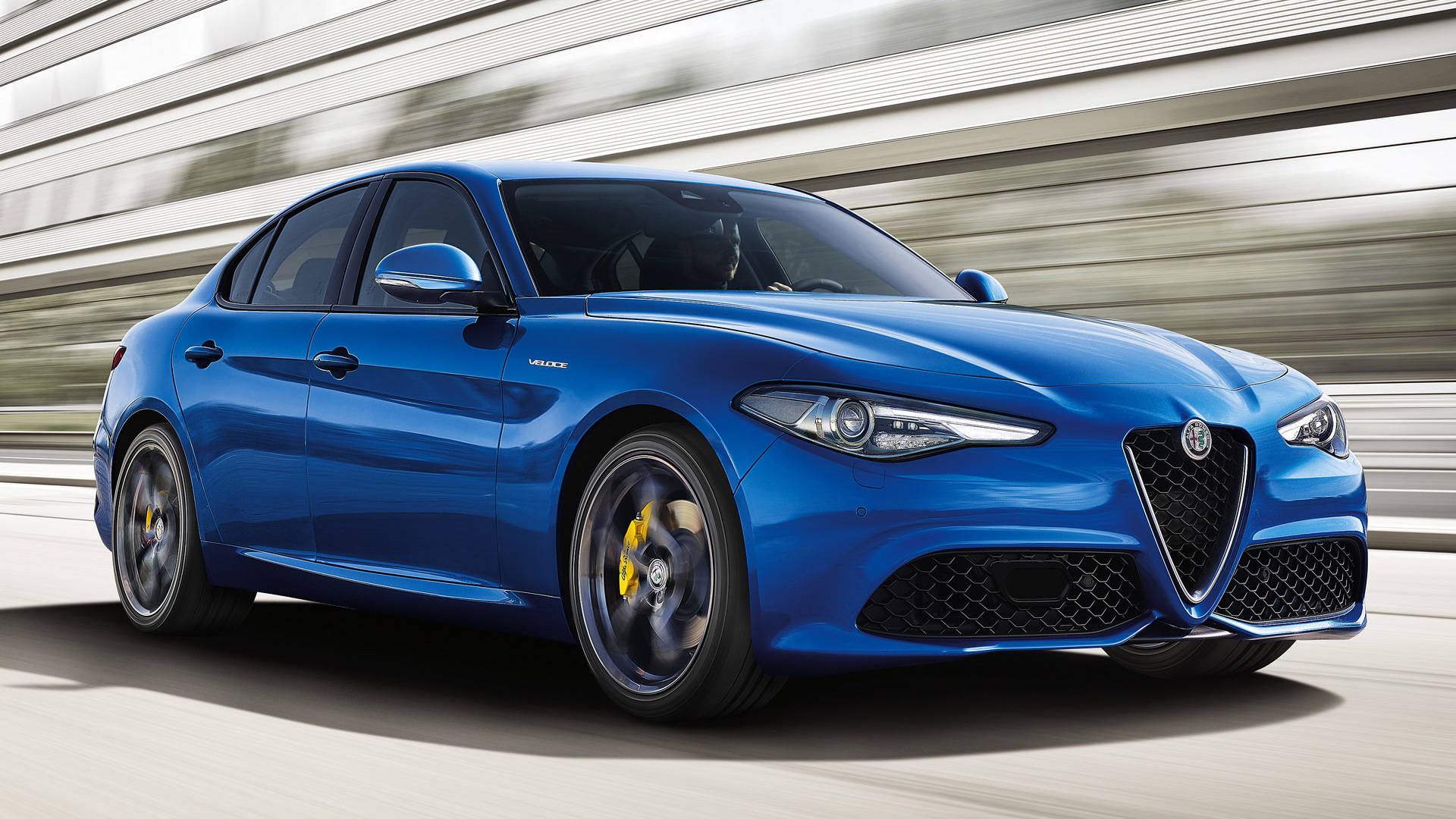 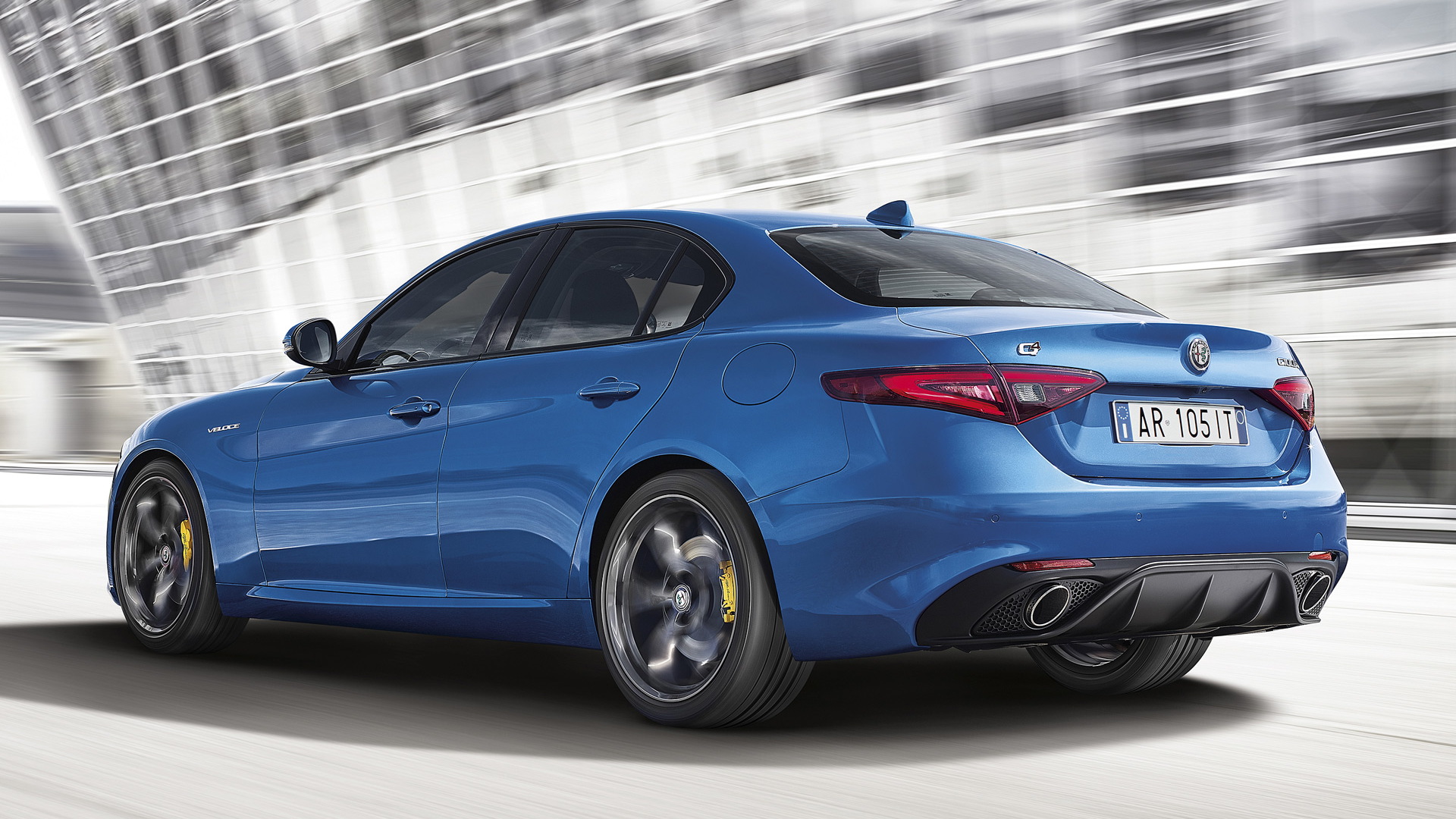 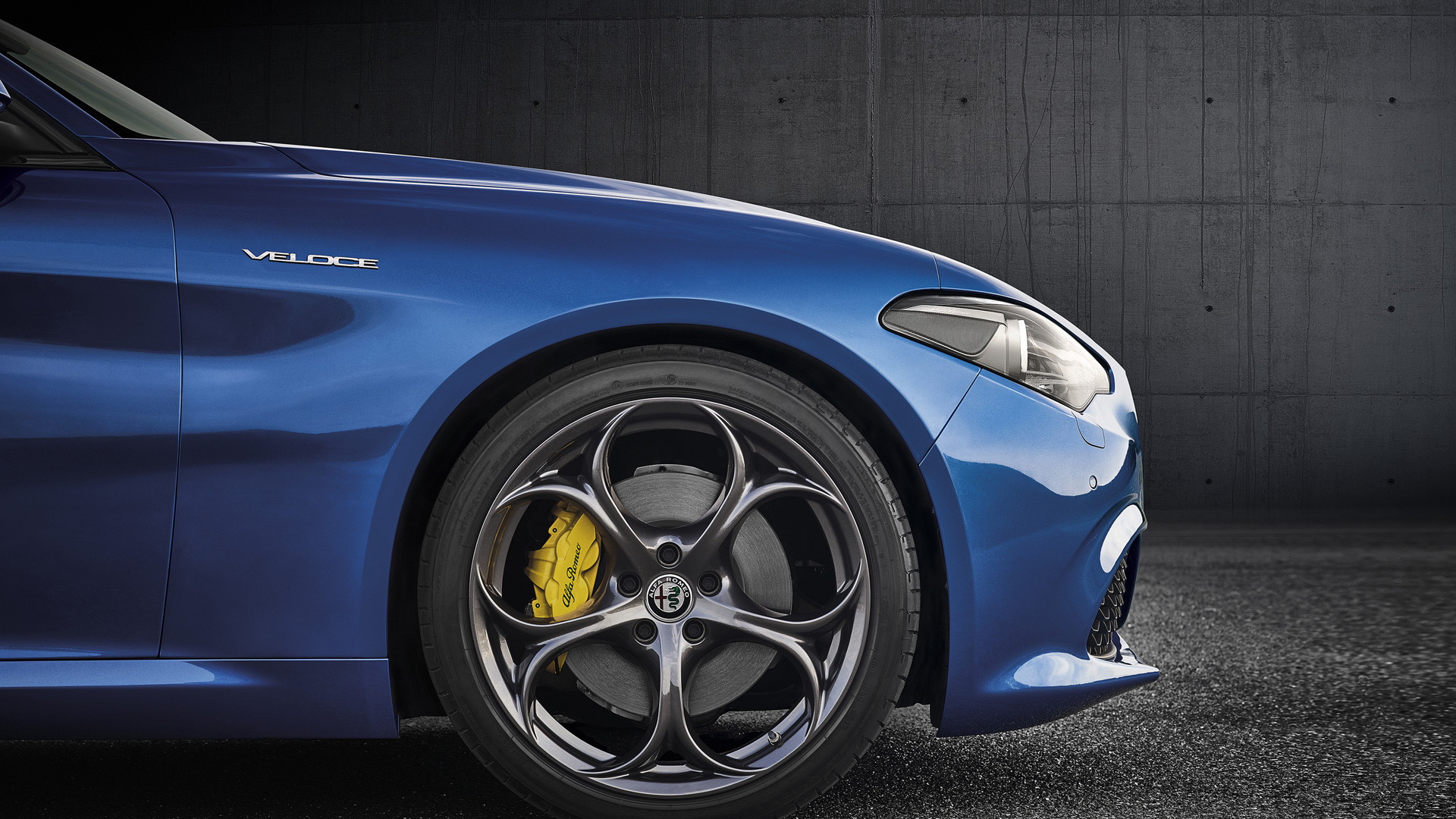 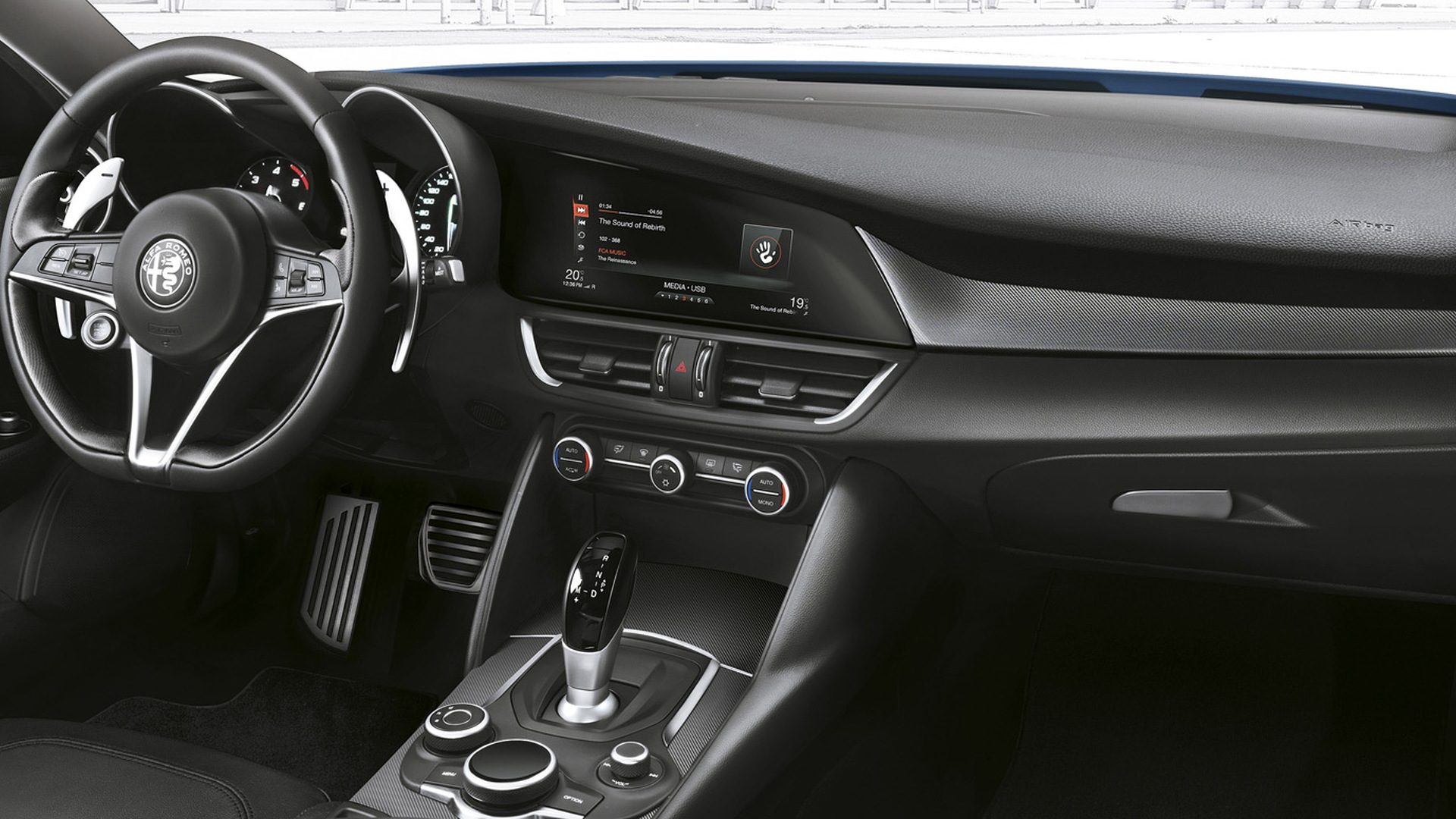 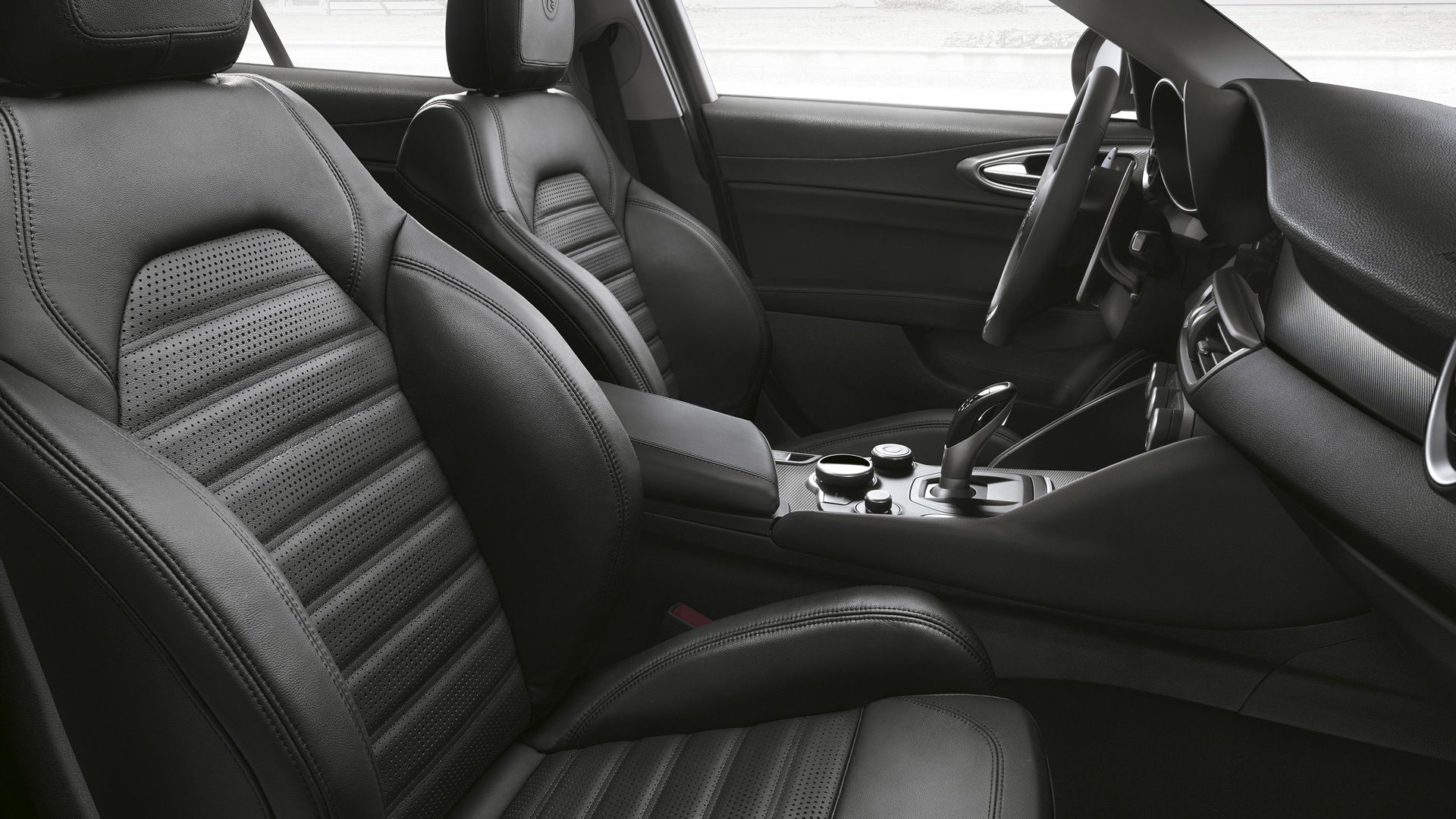 Alfa Romeo’s Giulia is yet to reach showrooms in the United States but over in Europe the range is already being expanded.

Set to debut on September 29 at the 2016 Paris auto show are two new options for the Giulia: a trim aimed at performance fans and a model aimed at those that appreciate efficiency.

The performance-oriented option is Alfa Romeo’s Veloce trim. On the Giulia, it’s aimed at buyers seeking the sporty look of the Giulia Quadrifoglio, minus the expense. Opting for the Veloce trim adds sportier bumpers, a rear diffuser with integrated exhaust tips, and 19-inch alloys. The interior also gets a few touches such as sport seats with leather trim and aluminum accents in the dash. Unfortunately, this trim package doesn’t add extra power.

At the other end of the spectrum is a Giulia Advanced Efficiency, or Giulia AE for short. This model is the most efficient in the lineup and comes standard with a turbocharged 2.2-liter inline-4 diesel engine, which means we’re unlikely to see it in the U.S. The engine delivers 177 horsepower and is hooked up to an 8-speed automatic transmission.

The car benefits from a few other elements aimed at curbing fuel consumption including specific transmission ratios, a lowered ride height, and low rolling resistance tires. It also features an "AE" badge on its trunk lid.

Alfa Romeo will also introduce in Paris an all-wheel-drive system for the Giulia and a more powerful diesel engine. Using the Q4 name favored by Maserati, the all-wheel-drive system features an active transfer case and a front differential and adds approximately 132 pounds to the weight of the car. The system continuously monitors multiple parameters to ensure optimum torque distribution between the two axles depending on how the car is used and available grip.

As for the new diesel engine, it’s essentially an uprated version of the turbocharged 2.2-liter in the Giulia AE. Its output comes in at 207 hp.

The Giulia is promised to reach U.S. showrooms this fall, as a 2017 model. It’s been confirmed to be arriving with Giulia, Giulia Turismo Internazionale (Ti) and Giulia Quadrifoglio models. The Giulia and Giulia Ti will come with a turbocharged 2.0-liter inline-4 good for 276 hp while the Giulia Quadrifoglio will come with a twin-turbocharged 2.9-liter V-6 with 505 hp on tap. Buyers across the range will have the choice of 6-speed manual or 8-speed automatic transmissions.