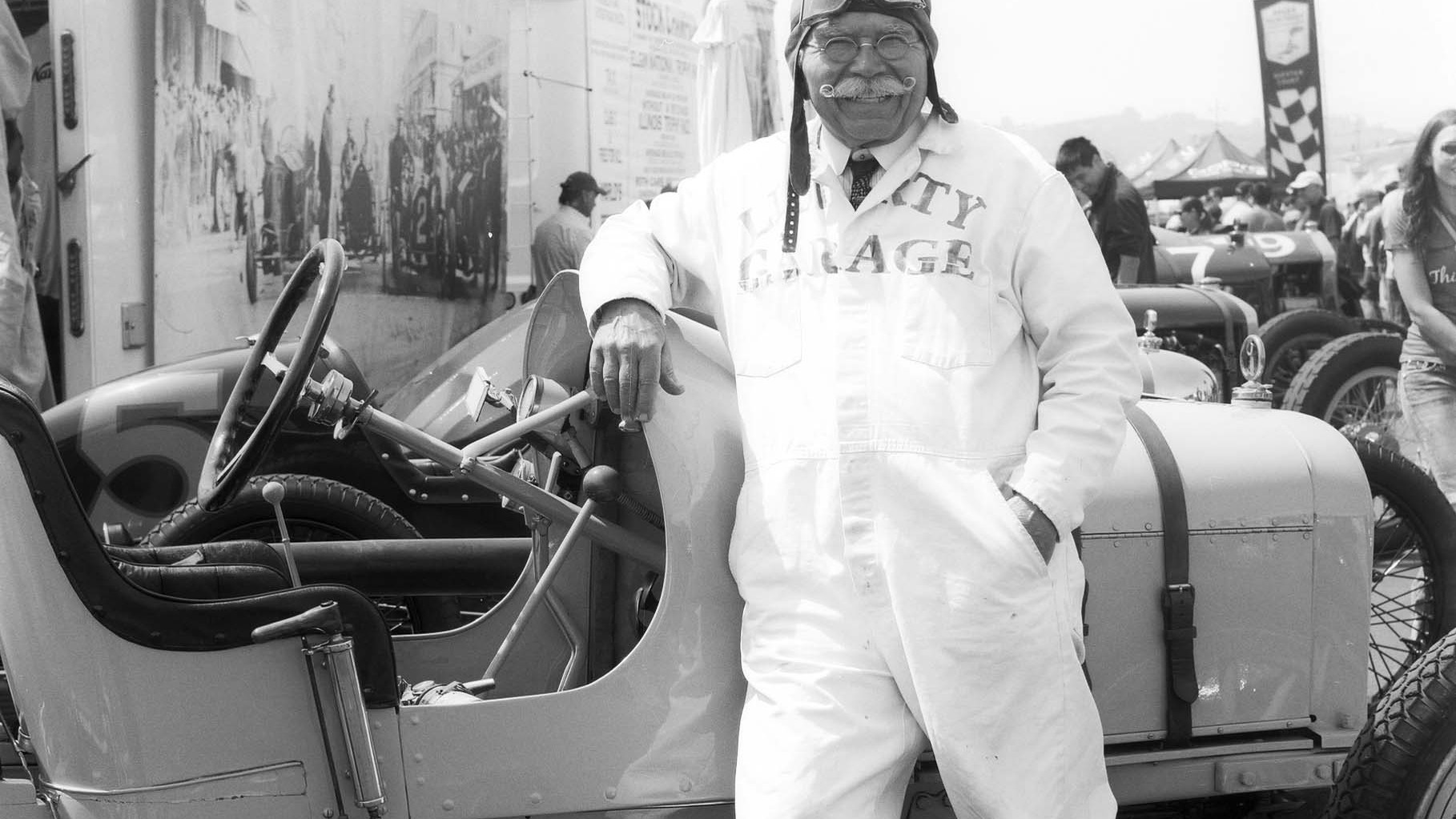 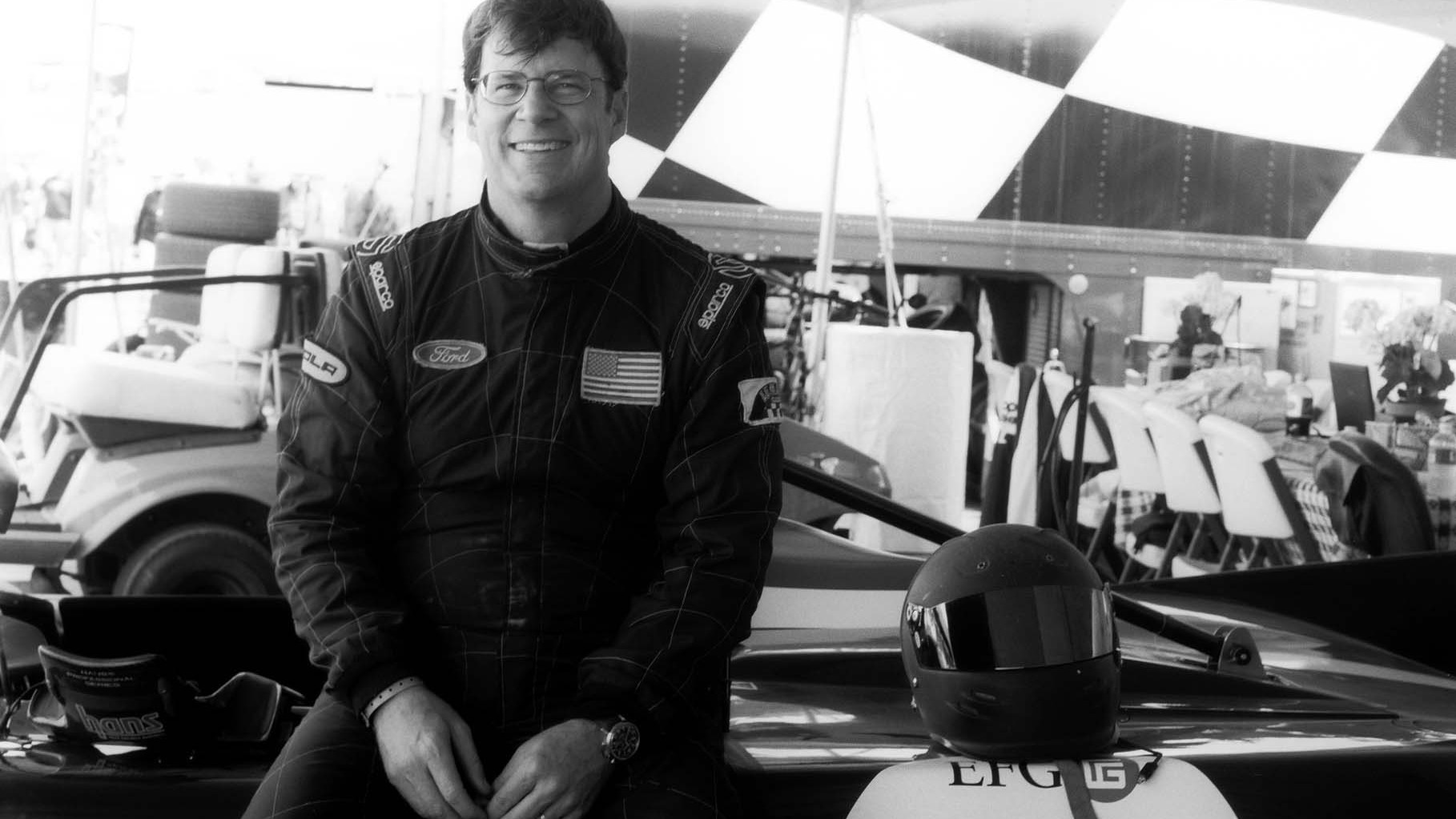 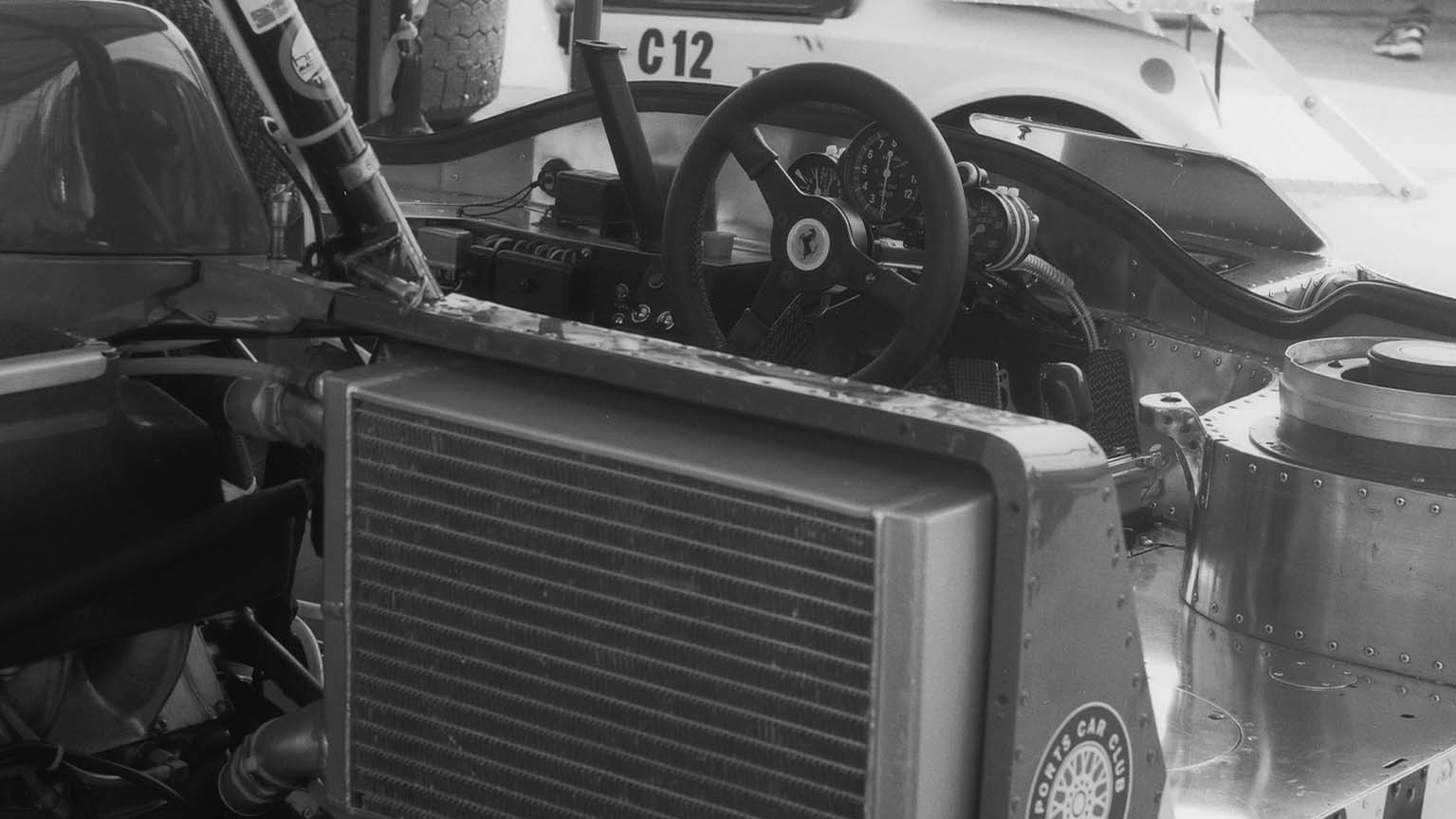 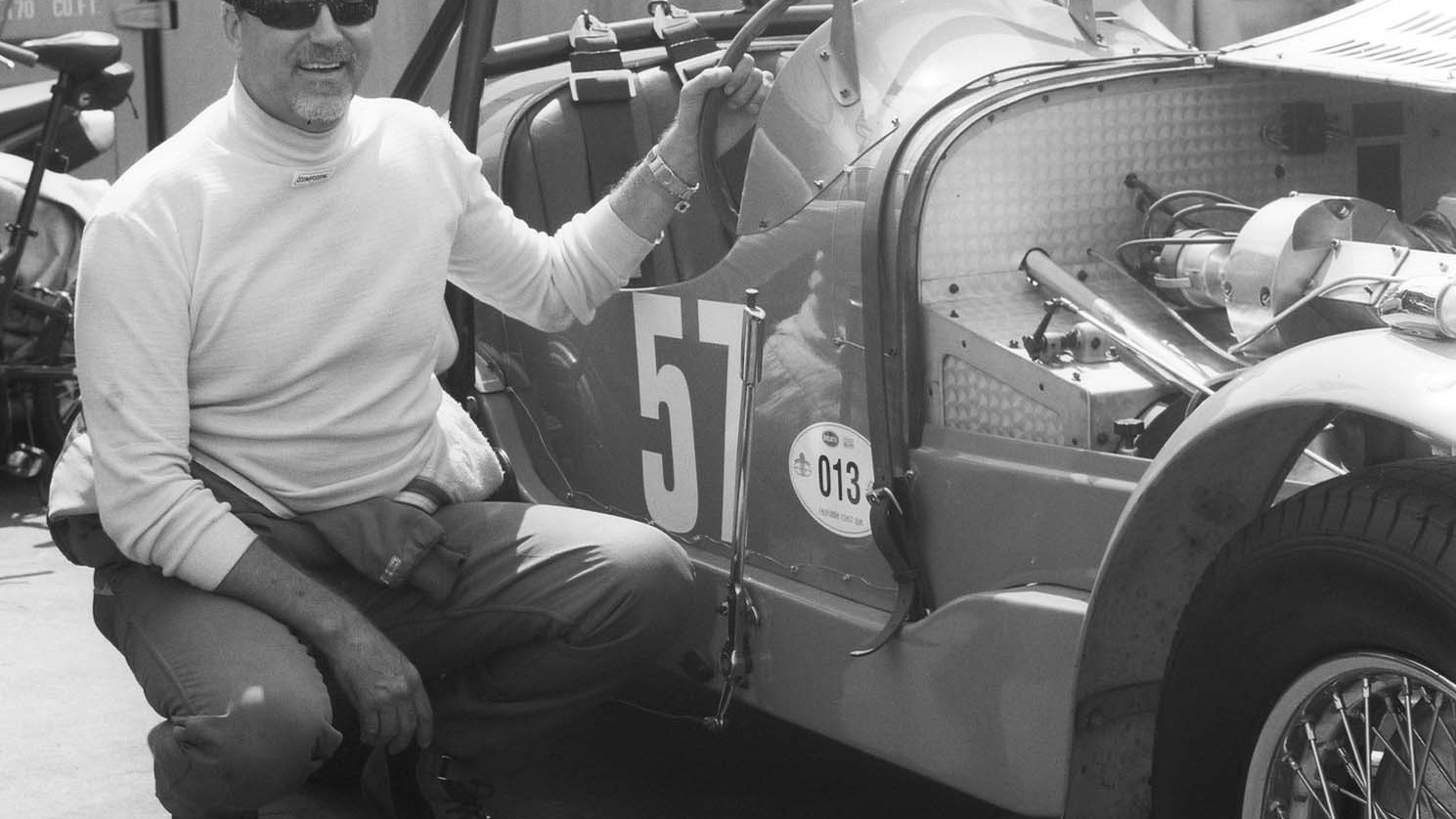 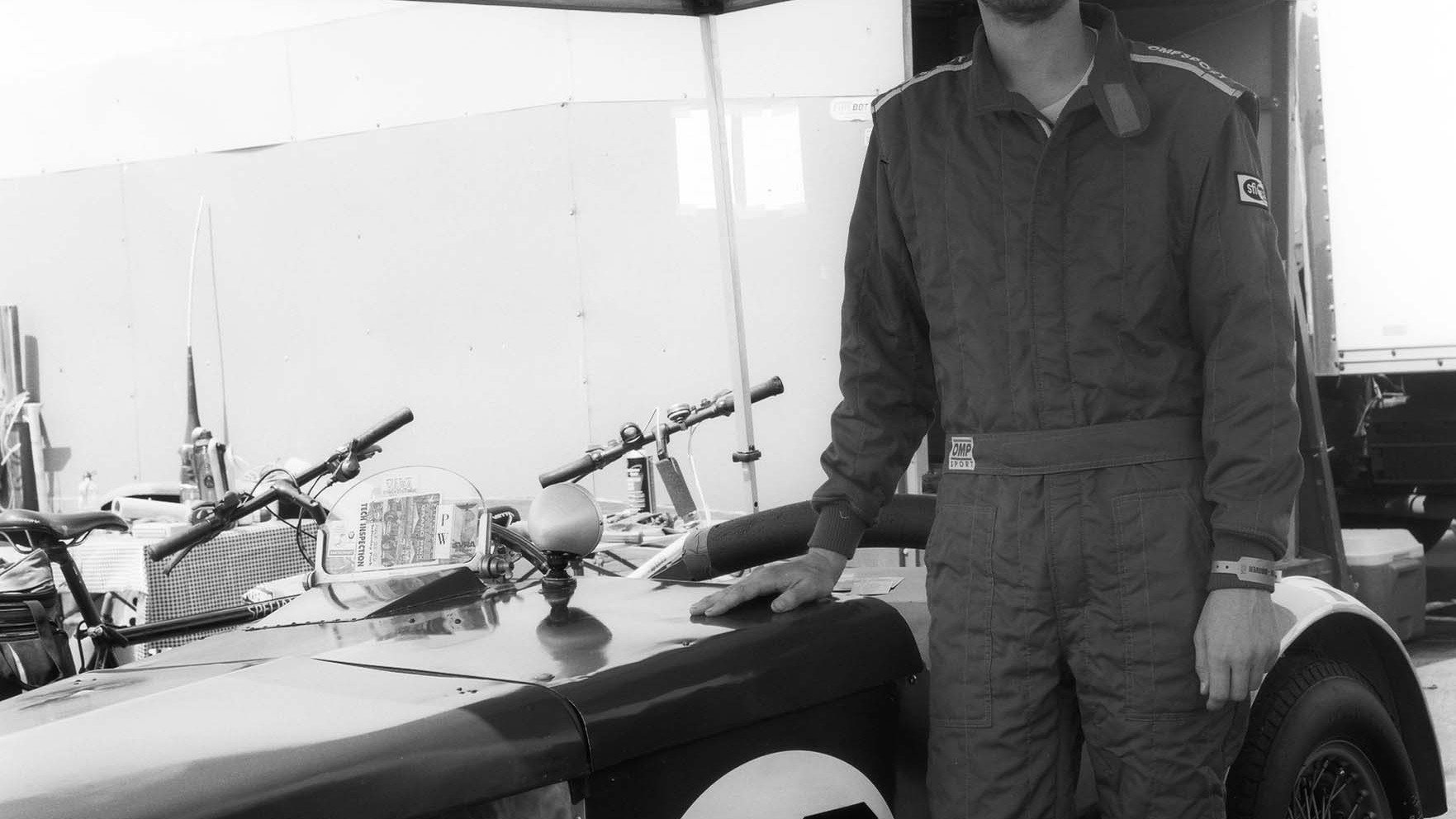 Fabulous magazine covers have been shot anonymously with smartphones; "geniuses" have shot with disposable film cameras, yielding photos only slightly better than I took on my seventh grade aquarium field trip in 1992. (Yet, Terry Richardson still gets plenty of advertising work?)

I know all of that. The fake nostalgia for film means less to me than an ad on Instagram.

But sometimes a roll of Ilford 400 is the best tool in the box.

I spent a day shooting drivers and their cars at the 2016 Rolex Monterey Motorsports Reunion at Mazda Raceway Laguna Seca in California last month to try and capture a part of the race that many overlook.

[Note: The square-format film I used does not play well with our gallery format. These pictures are best viewed full size. Just click on a photo in the top gallery and it will open full size.]

Modern shutters clicked away at the famous corkscrew and pit straight at the track that day. It's hard not to spend an afternoon trekking up and down the hillside between the two destinations—it's time and calories well spent. Panning shots of cars barrelling down 8A are glorious; digital cameras click away at Can-Ams and their deep red, bright yellow, and pale blue colors on the starting line.

Photographers can spray here, but there's no need to pray; nearly every photo will be a frame full of beautiful and rare cars.

It turns out, a different part of the race day lends itself better to film.

Walking through the pits and into the tents and campers that drivers drag across the country each year, there's a texture and nuance to the drivers and their cars that's every bit as interesting as the unmuffled roars from vintage V-8s. That's where film comes into its own.

For the most part, the pit roads at the Rolex Monterey Motorsports Reunion aren't like NASCAR infields. The whole race is a party, but the pits have a more casual atmosphere. Drivers chat with each other and friends, waiting for their next few laps on the track.

I used a Mamiya C330 TLR loaded with as much black-and-white film as I could buy to take pictures of the drivers. With a top-down viewfinder, manual focus, and a tripod, each shot had to be made—not taken. The process required more time than flicking open an app, pointing and walking away. I asked them to strike a natural pose—which they did within a few seconds—but with more than a minute before we were ready to take a picture, the results were far more "natural" and less "pose."

Drivers know their cars in a way few people will understand. These cars are lived in as much as they're driven. Asking a driver to sit on a fender or lean up against a steering wheel was as natural as posting up on kitchen counter or living room sofa and chatting among family.

Up and down the pit roads, I used a camera from the 1970s to capture as much about the drivers and their cars as we could in a way that wouldn't be hurried by digital clicking and chimping at the back of a camera. The Lotus 79—roughly the same vintage as my camera—never looked like it was standing still in a viewfinder. The belled horns feeding air into the Can-Am engines looked like exaggerated animated church organs blatting stupendous V-8 sounds into the hot California day.

As the race wore on and more photos were taken, I started to see a resemblance between the drivers and their cars—a lot like dogs and their owners. Late model guys were more serious. Pre-war guys were happy to be part of the show.

And it wasn't hard to crack a smile with the guys who dressed in white coveralls and flat caps, running around their car in between races. They all had a sense of humor.

A mechanic working underneath a nearly completely disassembled Ferrari caught my eye. His face was pouring with sweat as he wrenched on the old Italian car that, no doubt, was held together and running on more than its share of voodoo.

As he banged away at the naked chassis, I tried to snap one shot of his furious efforts with a mallet. (The picture is predictably blurry.)

Exasperated, but loving every second of the hard work he was putting into the car, he looked at me, looked his his mallet and said plainly: "Sometimes you just need the right tool for the job."