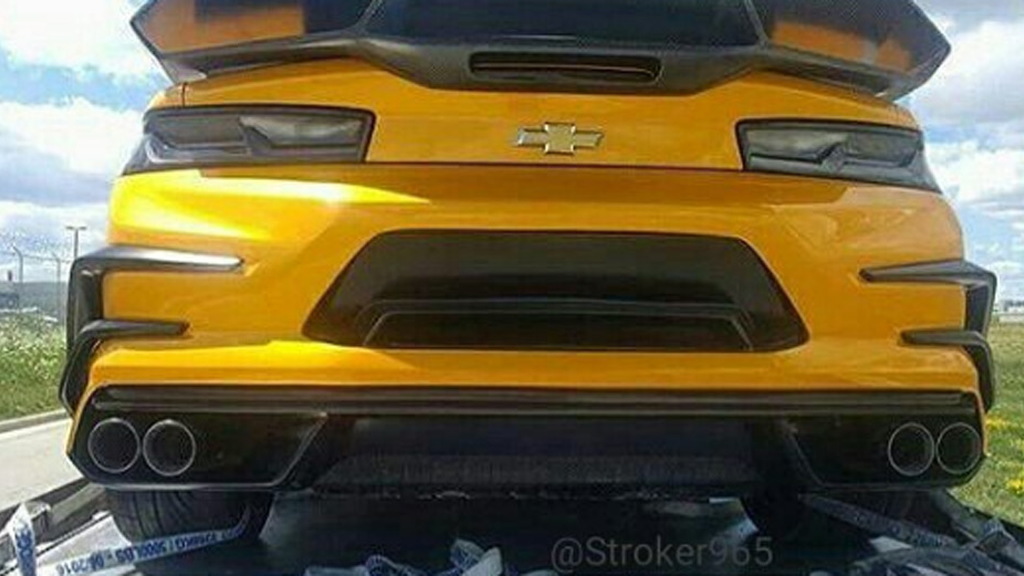 The Chevrolet Camaro is reprising its role as the vehicle mode for Bumblebee in the upcoming fifth installment of the Transformers movie franchise, known as Transformers: The Last Knight and set to land in theaters June 23, 2017.

Director Michael Bay has already given us a look at the vehicle. It's a Camaro SS and the first example of the sixth-generation car to feature in the franchise.

Thanks to Instagram user stroker965 we now have a look at the design of the rear of this custom Camaro. Previously we had only seen a front three-quarter shot.

The modifications made to the rear of the car are just as crazy as those up front. They may look a little silly but they should make Bumblebee stand out alongside some of his bigger colleagues at the Autobots such as Optimus Prime and Hound, which will once again feature trucks as their respective vehicle modes.

Over at the Decepticons, Megatron will once again by running the show. It’s not clear yet what his vehicle mode will be though it will also likely be a truck of some sort given his size. There will also be a Ford Motor Company [NYSE:F] Mustang serving as Barricade and the Combaticons have also been confirmed for their movie. Their leader Onslaught has been revealed as a Western Star 4900 SF truck.