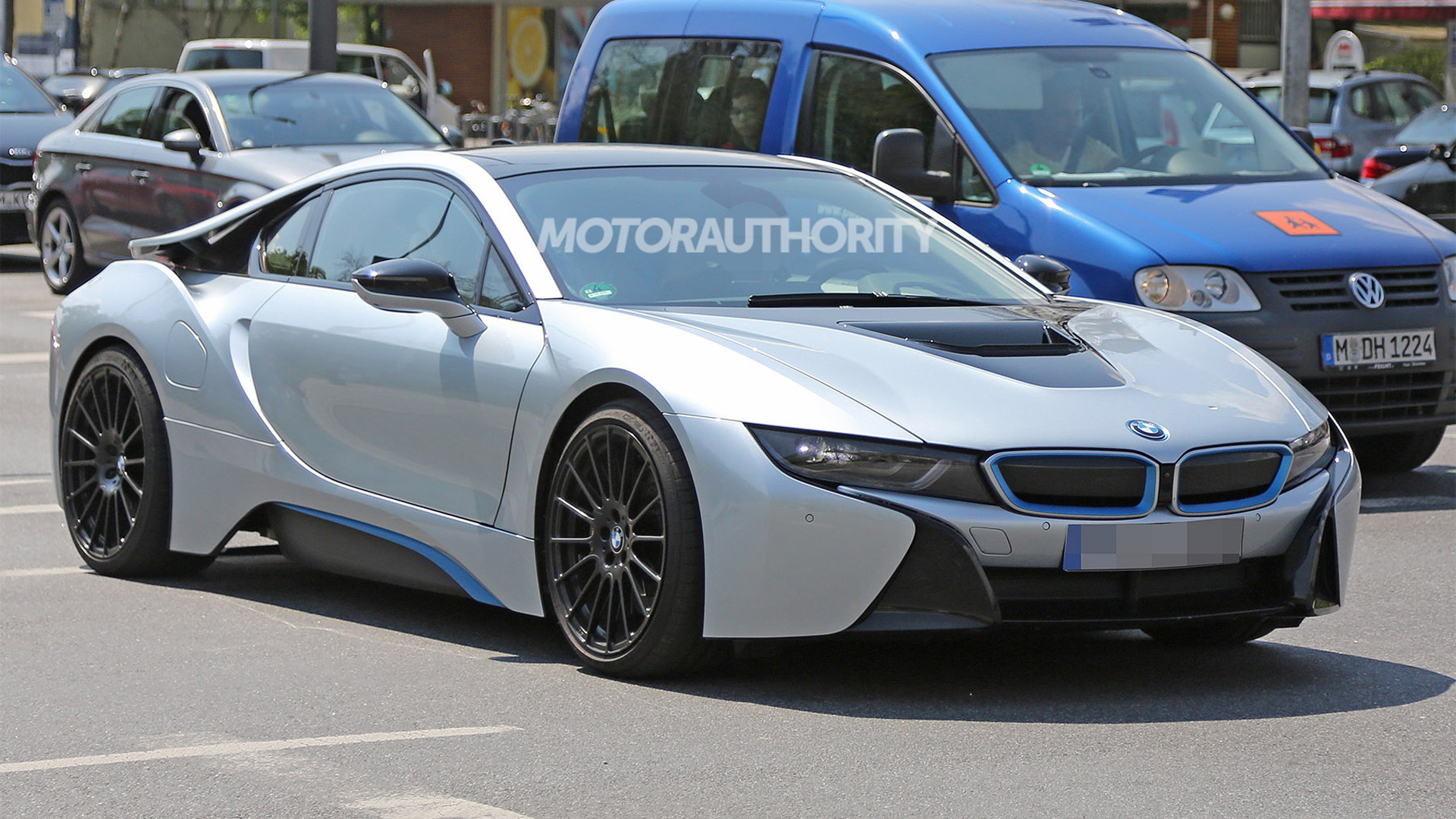 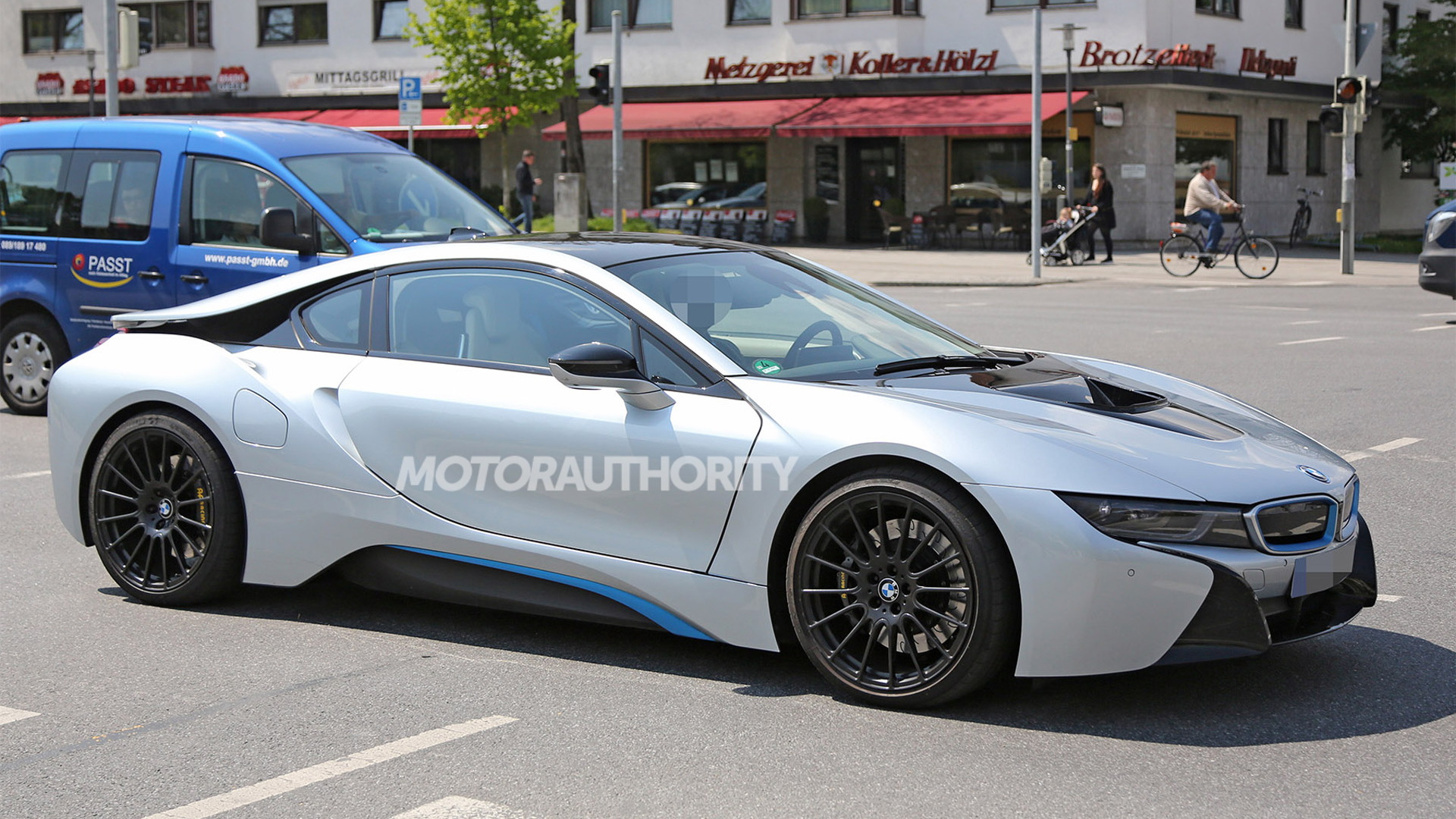 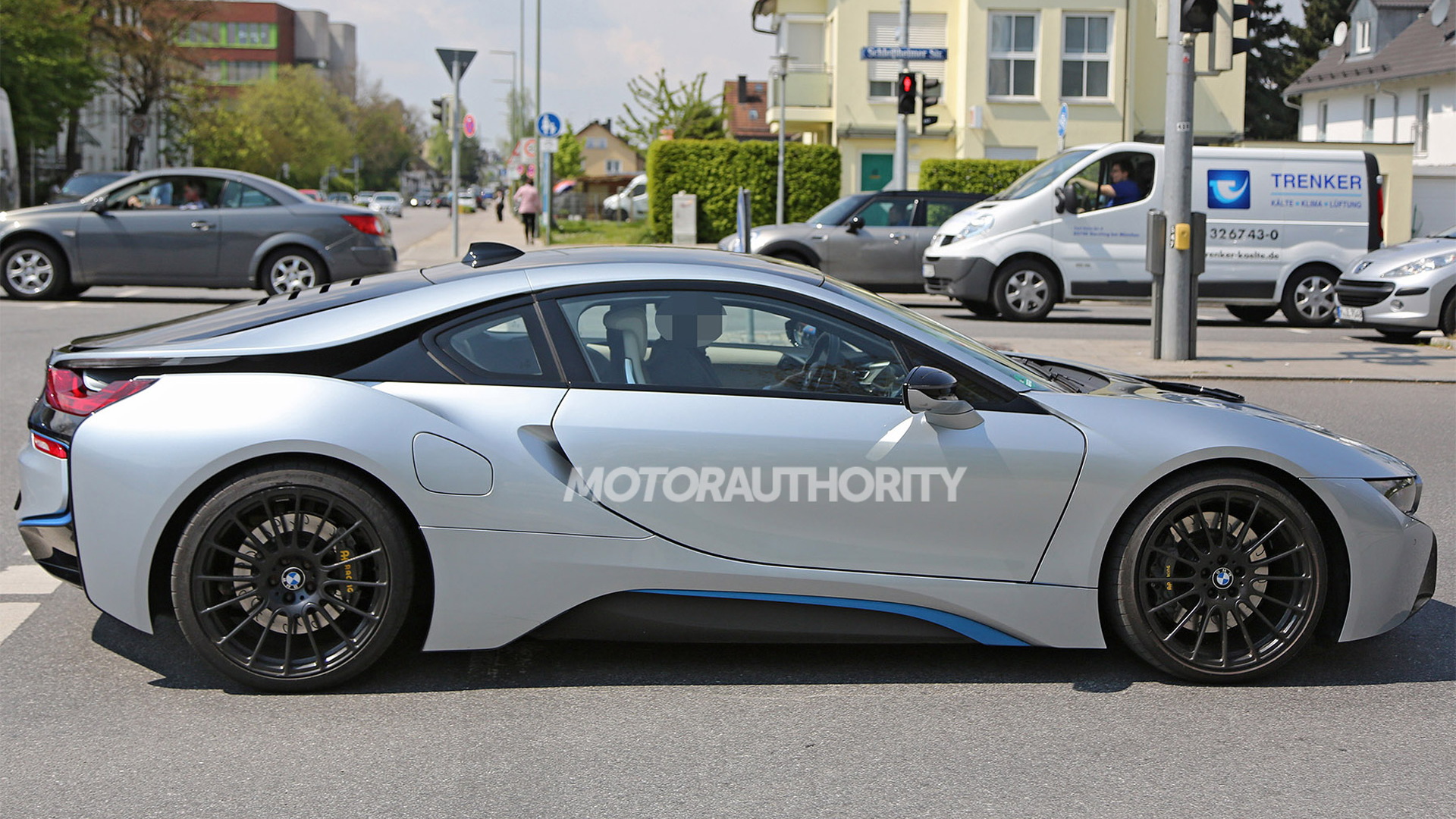 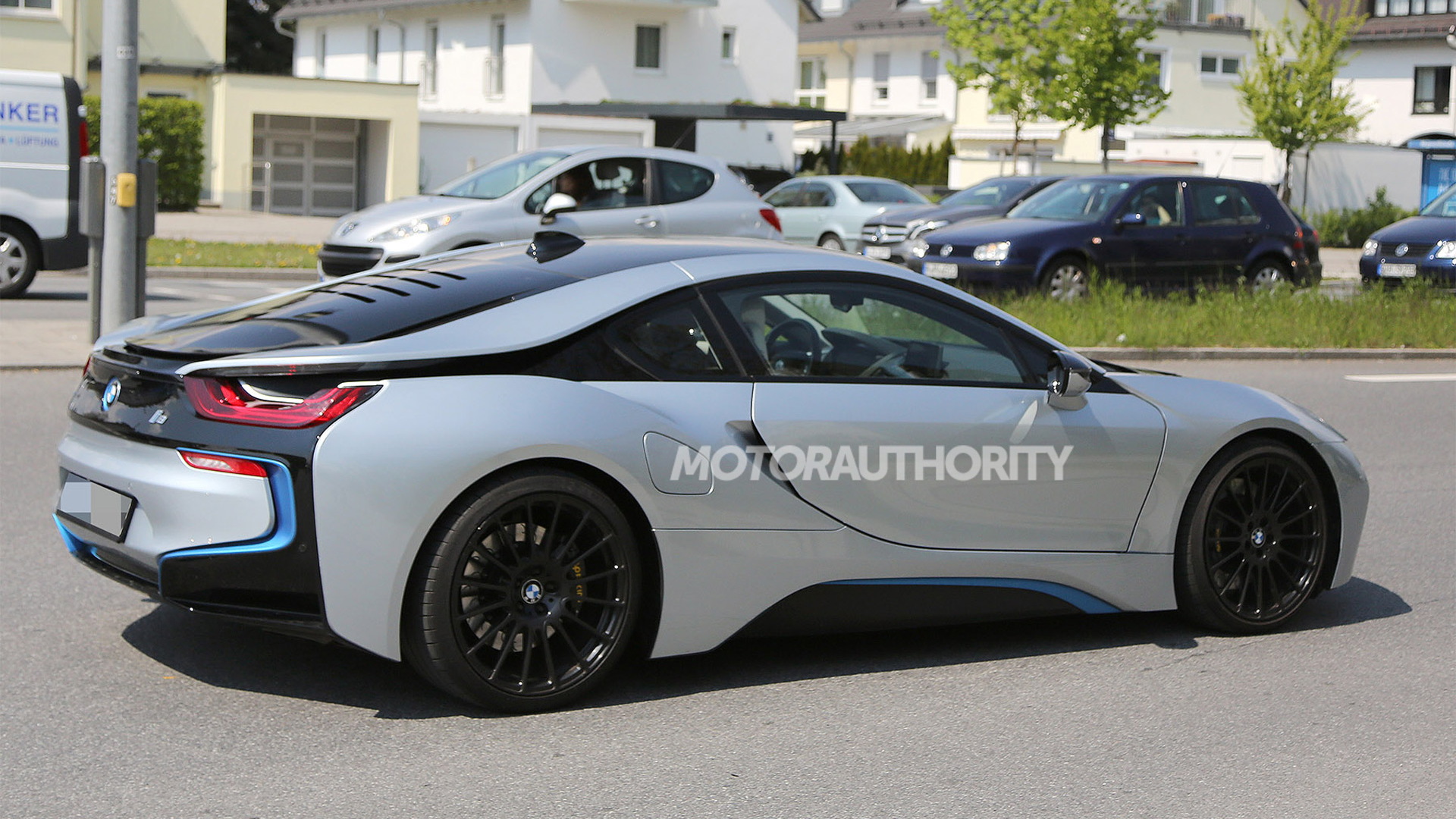 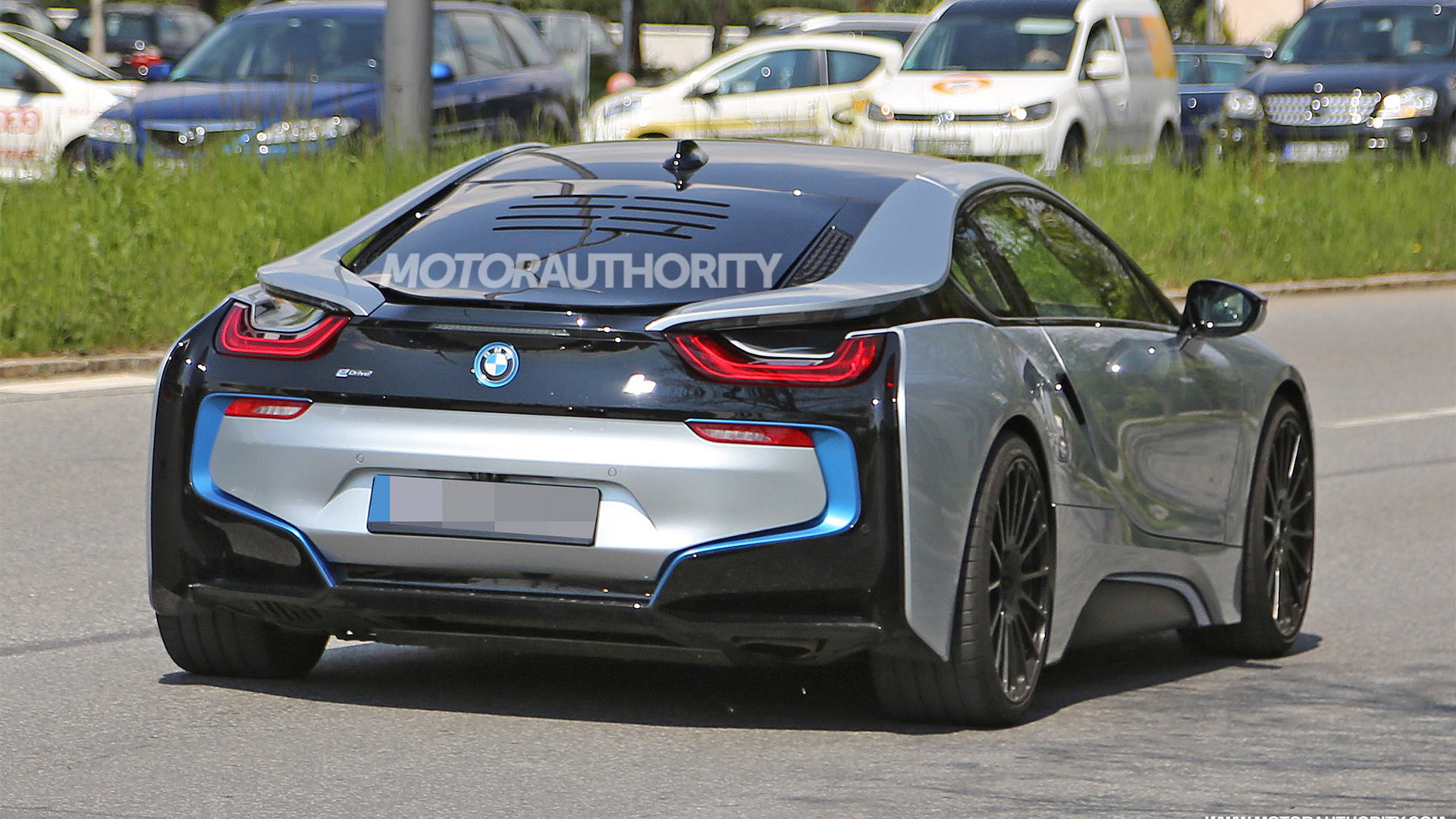 BMW is out testing a version of its i8 plug-in hybrid sporting a few modifications on the surrounding streets of its technical center in Munich, Germany.

The modifications include a vented panel replacing the rear windshield as well as lowered suspension and a set of AP Racing brakes.

It’s possible the car is an early prototype for an updated version of the i8 expected to be introduced for the 2019 model year.

With its underwhelming performance coupled with low fuel prices, the i8 hasn’t shone as the technological flagship BMW had hoped it would. There’s also the issue of Acura’s new NSX which features a more advanced, more powerful hybrid system.

The updated model should address some of the i8’s shortcomings. We hear that its powertrain, which integrates a 1.5-liter turbocharged inline-3 and electric motor, will be tweaked to deliver more than the current 420-horsepower rating.

And along with the extra power, we can expect various chassis mods, higher battery capacity (current i8 has a 15-mile electric range) and possibly even wireless inductive charging system. From this prototype, we can see that the chassis mods will include lowered suspension and uprated brakes.

BMW has also confirmed that an i8 convertible is in the works. The arrival of the open-top car will likely coincide with the update. This could explain the makeshift panel fitted to the tester; it may be in place to hide some re-jigging of the rear section to accommodate an eventual retractable roof.