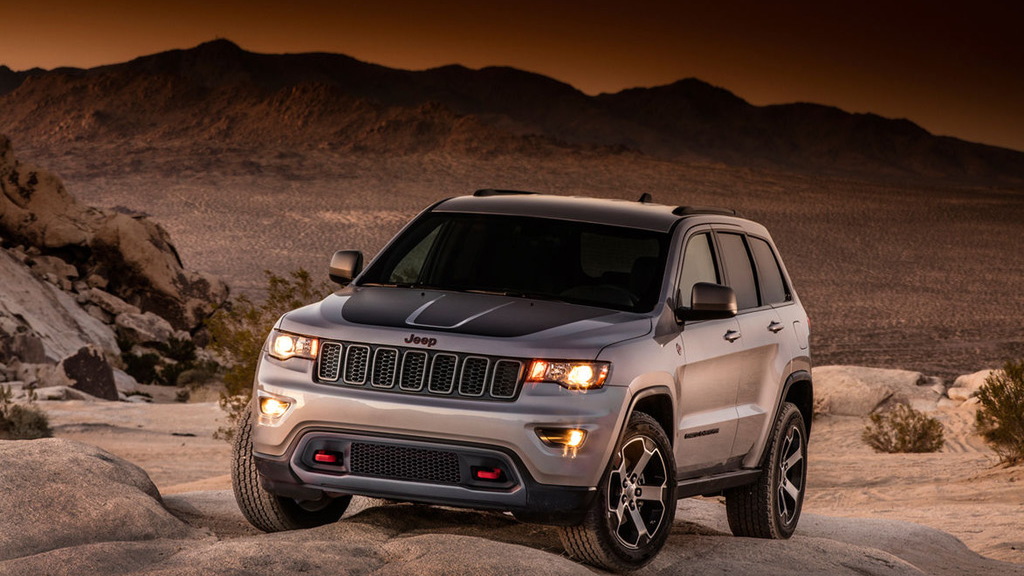 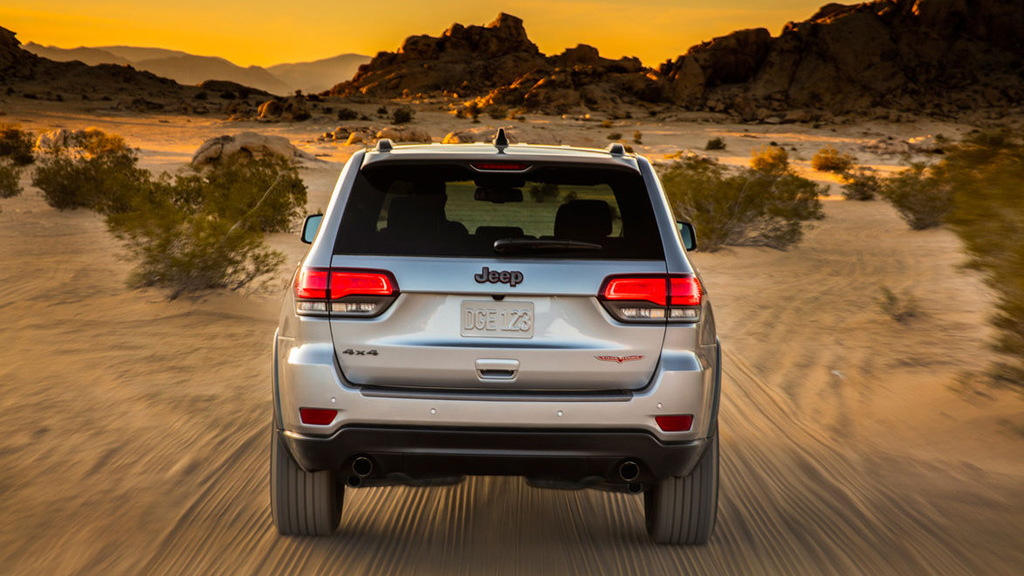 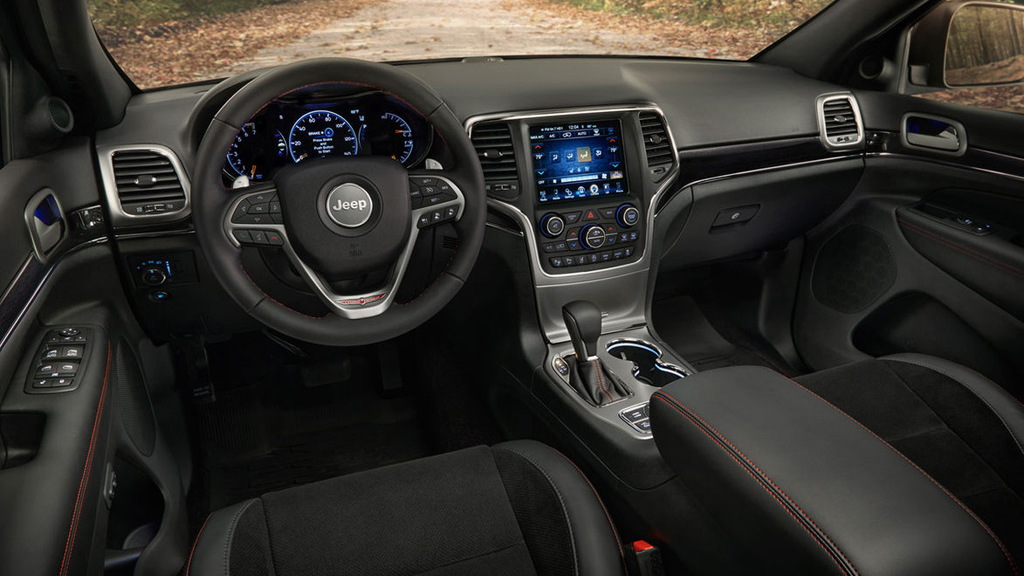 Jeep CEO Mike Manley recently revealed that the brand had some “pretty exciting news” to make about the Grand Cherokee at next week’s 2016 New York Auto Show.

This had us excited about the potential debut of a Grand Cherokee equipped with the supercharged 6.2-liter V-8 Hellcat engine, which Manley has confirmed in the past.

The latest Grand Cherokee Trailhawk, which will be introduced for the 2017 model year, appears to have a few visual tweaks inside and out. The most notable cues are the red tow hooks at the front and black decal on the hood.

We’ll have all the details soon as the New York Auto Show gets underway March 23. In the meantime, learn about some of the other vehicles set to appear by visiting our dedicated hub. You can also view more of the leaked photos at enthusiast site Jalopnik.