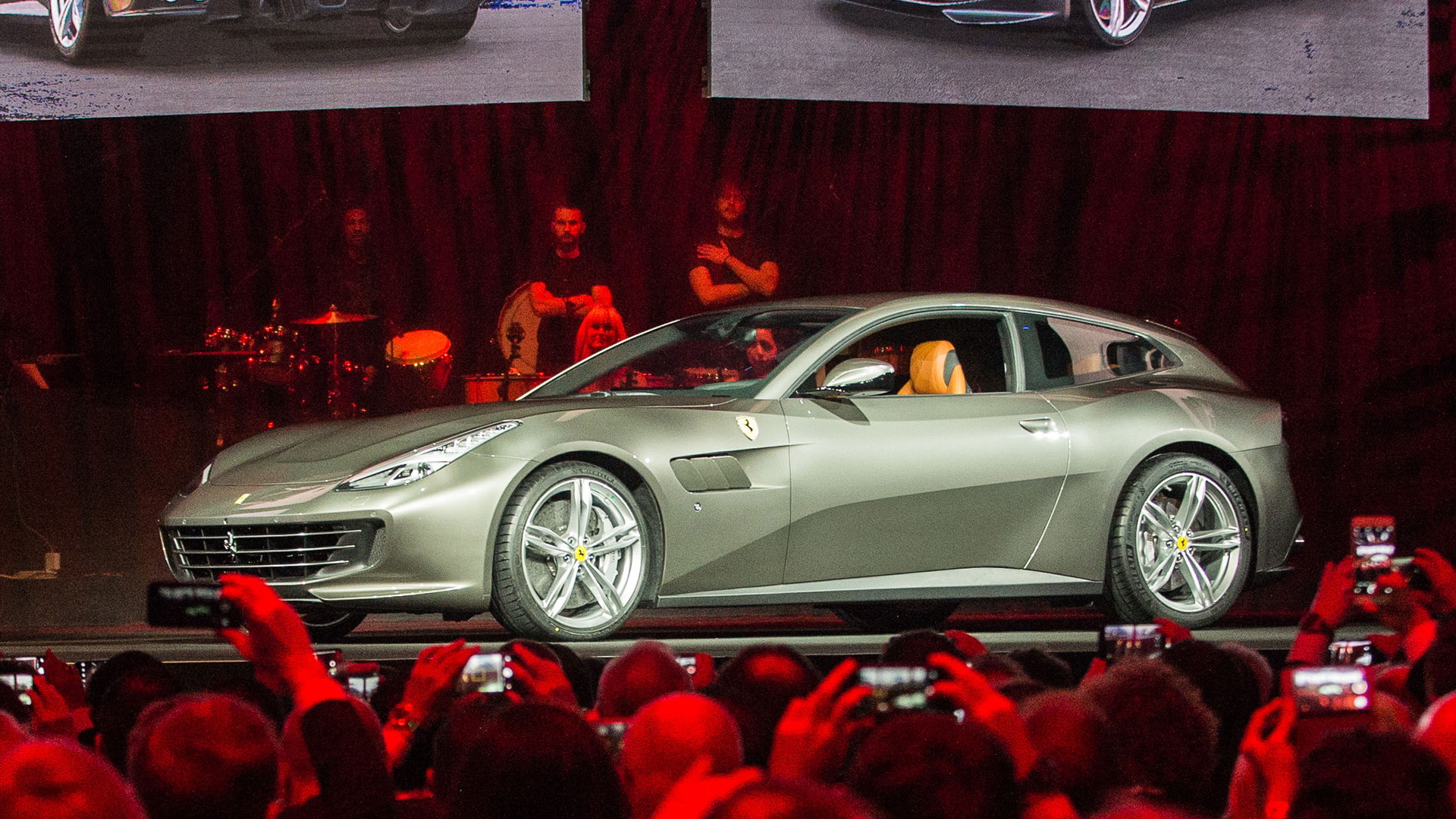 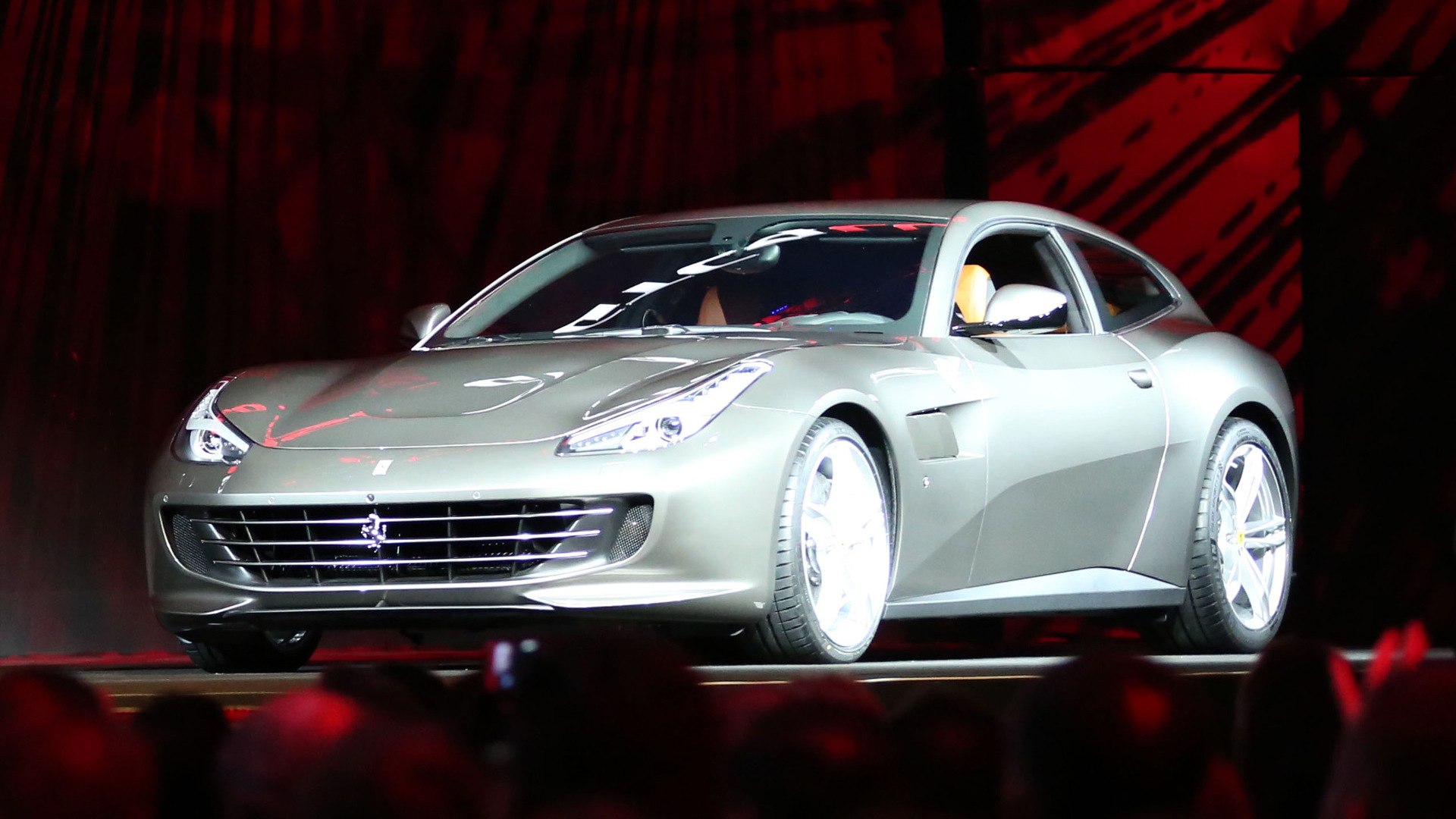 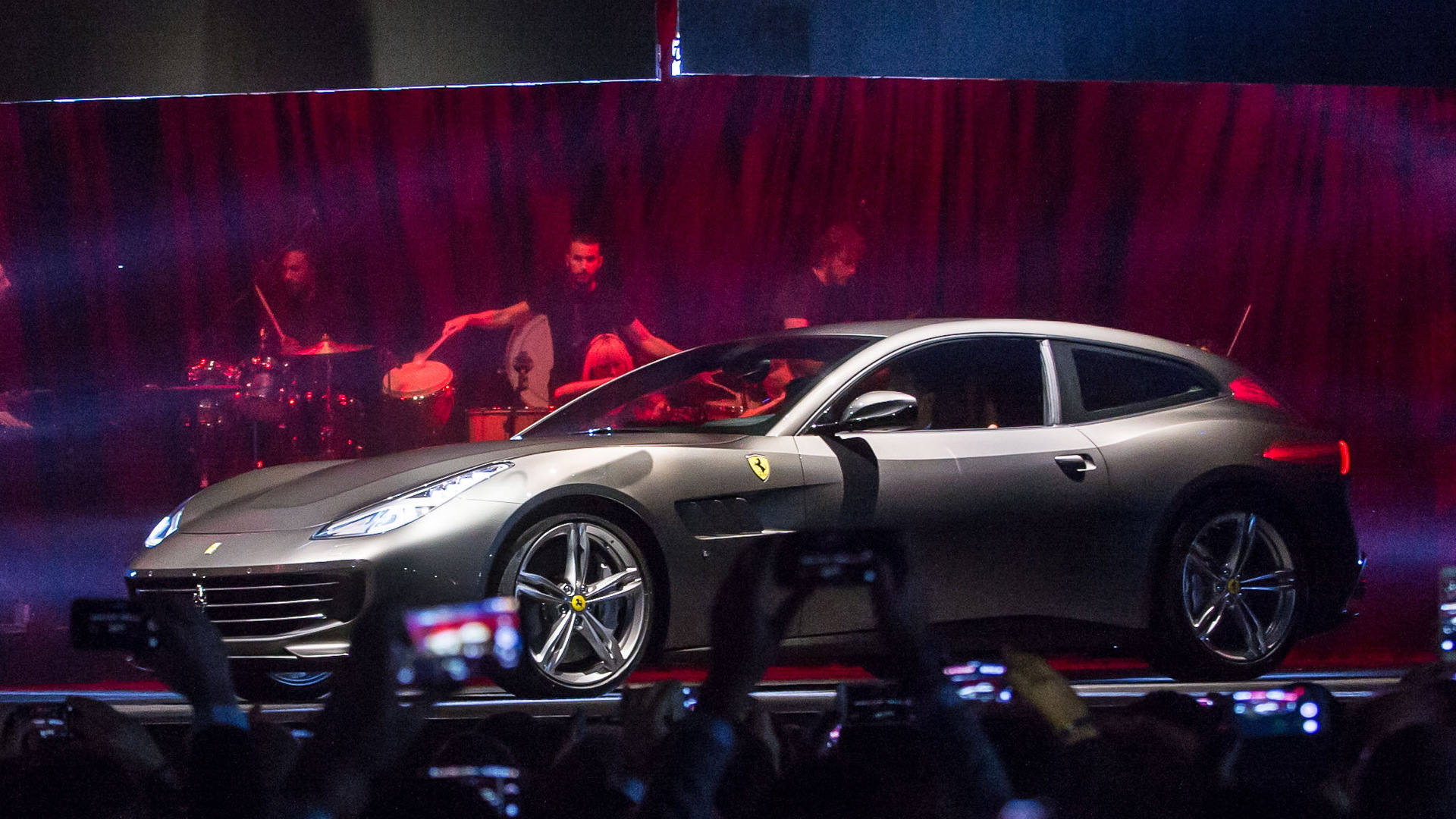 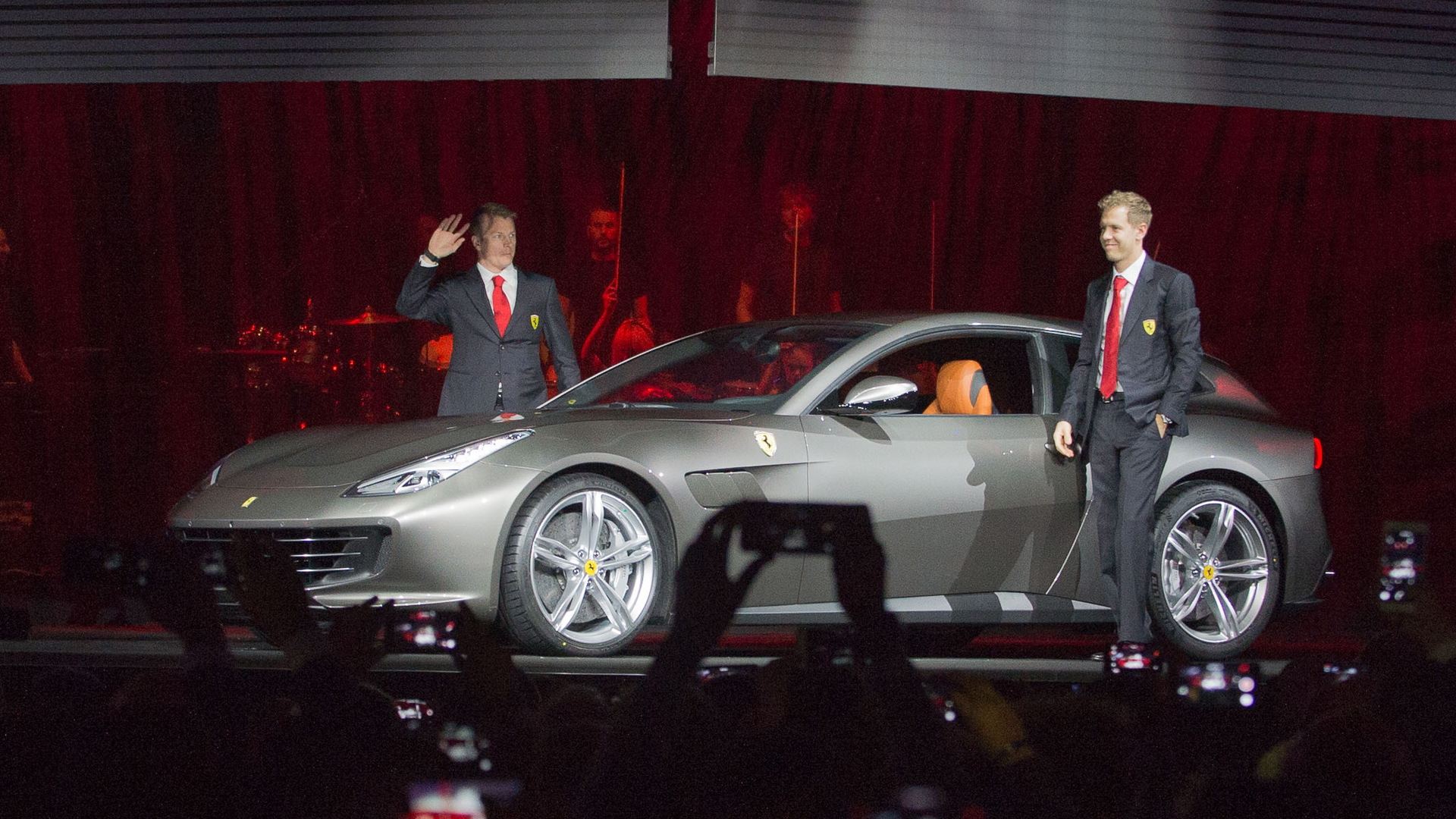 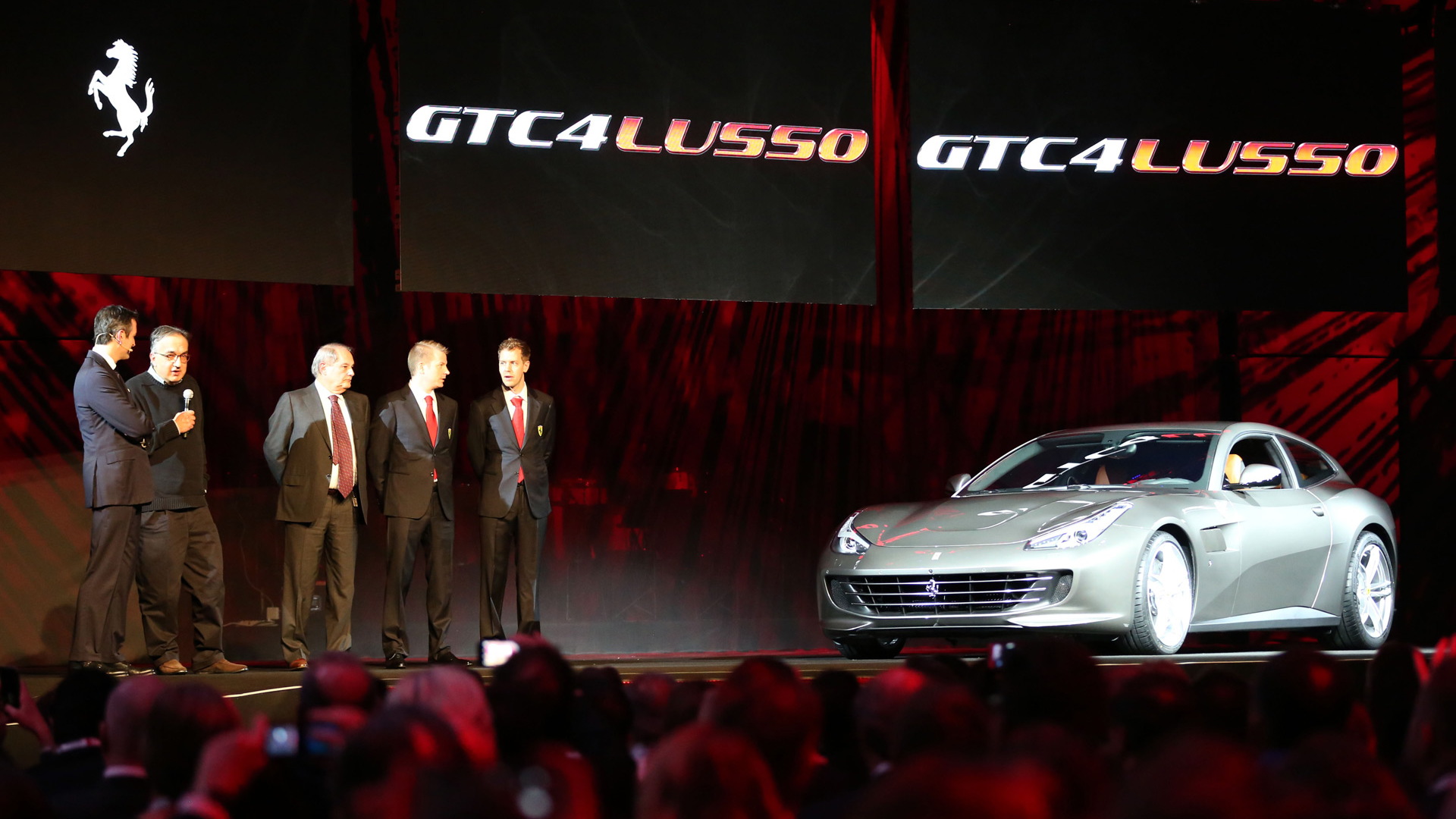 Ferrari’s [NYSE:RACE] updated FF, the GTC4 Lusso, is due for a world debut at next month’s 2016 Geneva Motor Show. However, the car has already been shown to loyal customers at a private event held Monday night at the famous Villa Erba, on the shores of Lake Como.

On hand to present it were Ferrari Chairman Sergio Marchionne, CEO Amedeo Felisa and Formula One drivers Sebastian Vettel and Kimi Räikkönen. There was also an interpretive dance troop because Ferrari didn’t learn anything from the whole Volt Dance fiasco. According to the Italian firm, the dancers represented central themes of the GTC4 Lusso such as “elegance, luxury, versatility, technological innovation and performance.”

Despite only being a mid-cycle update, the GTC4 Lusso marks several significant changes. The interior of the car has been almost completely revamped and now includes a 10.25-inch touchscreen display for the infotainment system. The steering wheel is more compact thanks to a smaller air bag and the integrated controls are said to be more ergonomic.

There have also been some major mechanical changes with Ferrari installing its new four-wheel-steering system as well as an updated version of the Slip Side Control feature. The familiar 6.3-liter V-12 has also been enhanced. It now delivers 680 horsepower and 514 pound-feet of torque. Both figures up on the FF’s numbers but the engine has also been made more tractable as there’s now 80 percent of the peak torque delivered from below 2,000 revs.

Stay tuned for more shots from the car’s March 1 Geneva Motor Show debut. In the meantime, learn about some of the other vehicles appearing at the show by visiting our dedicated hub.