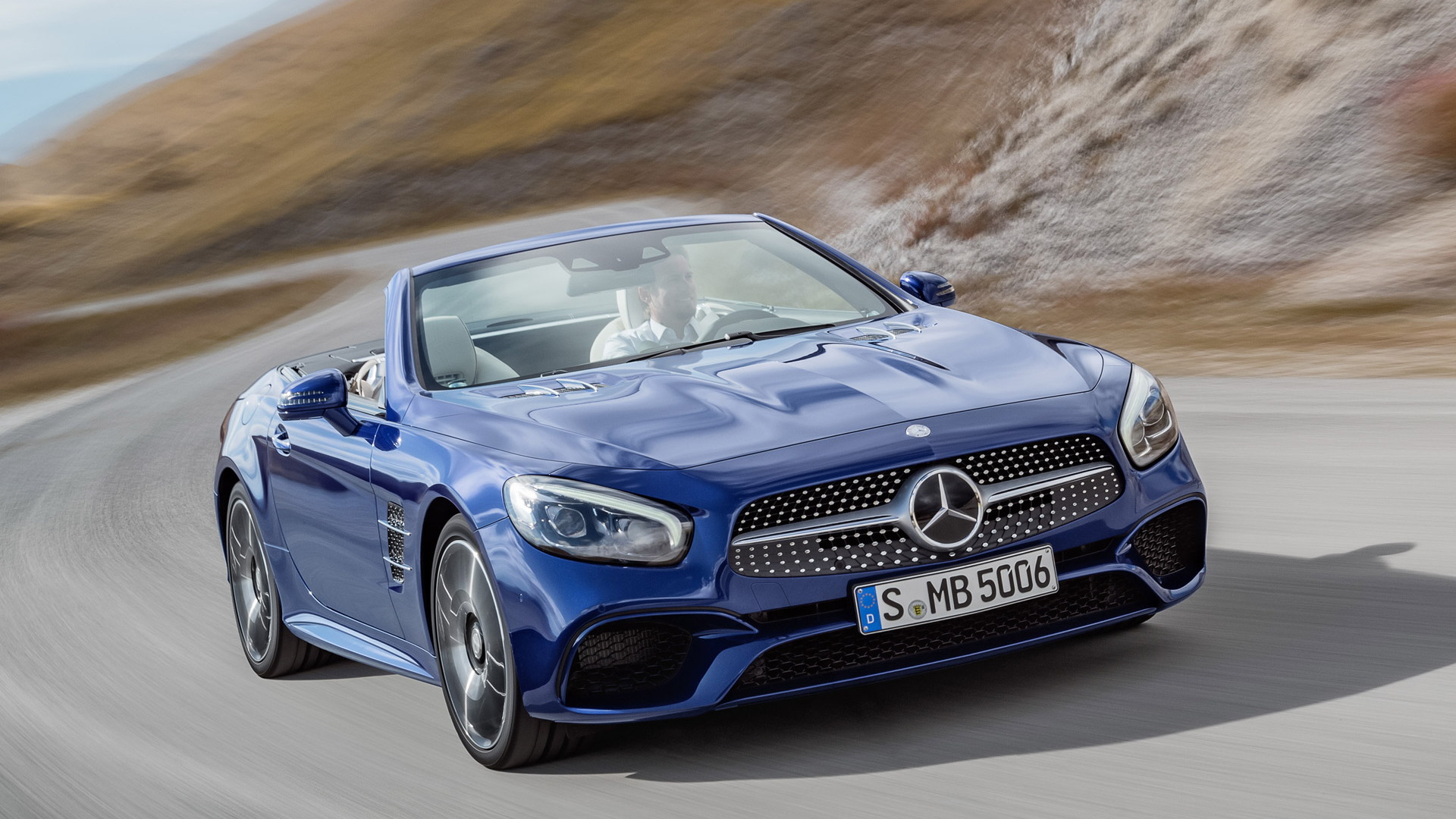 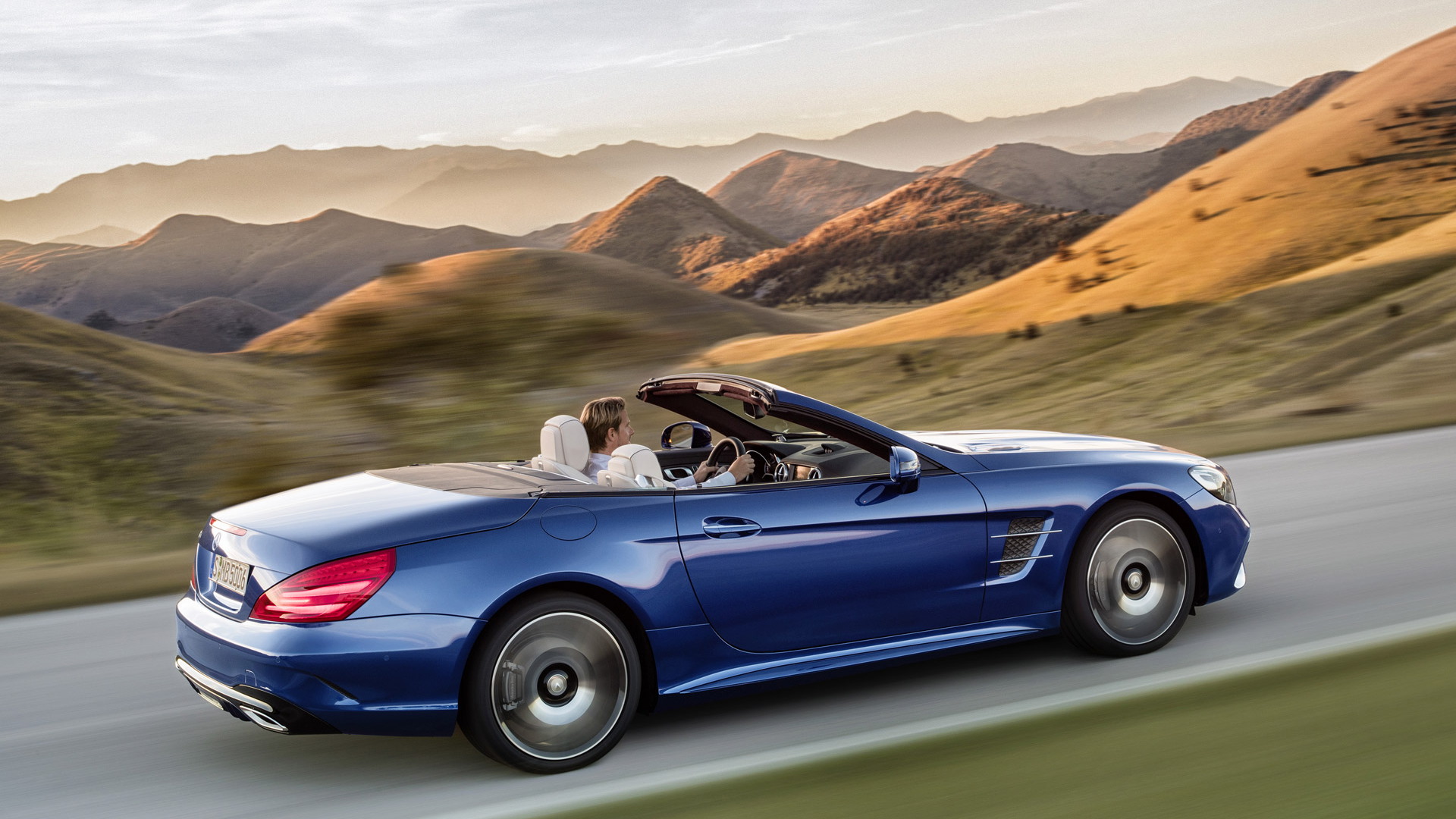 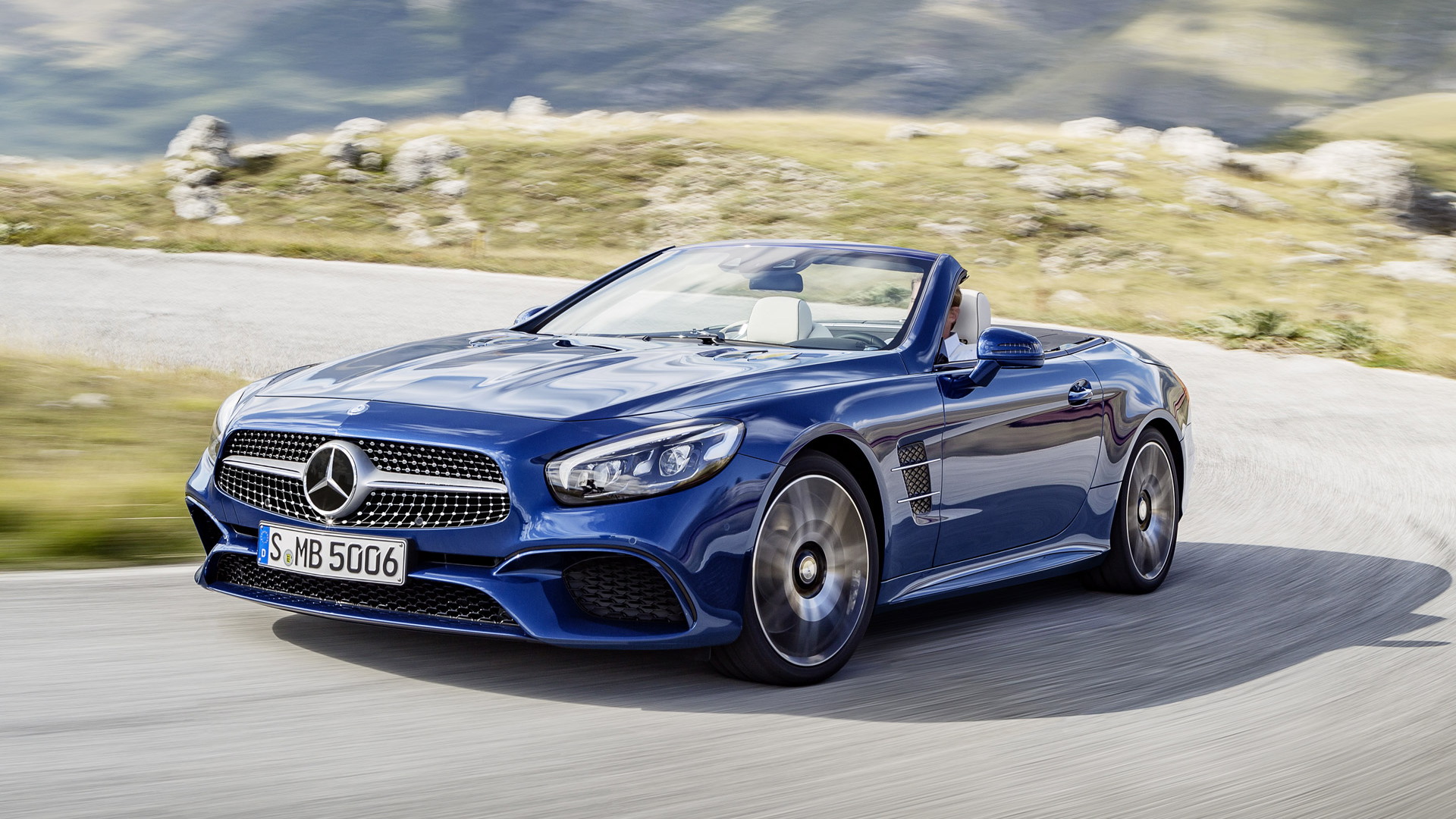 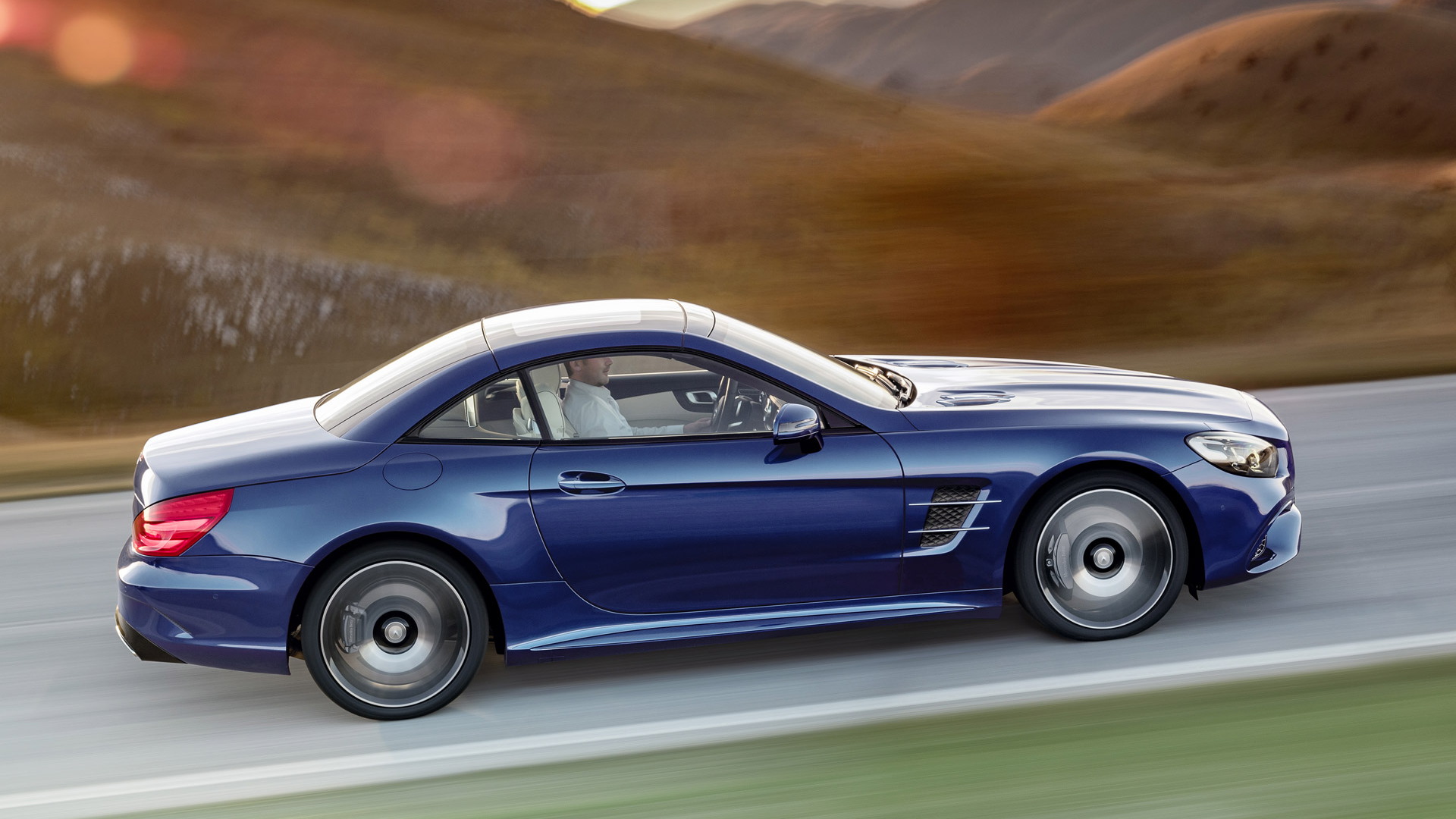 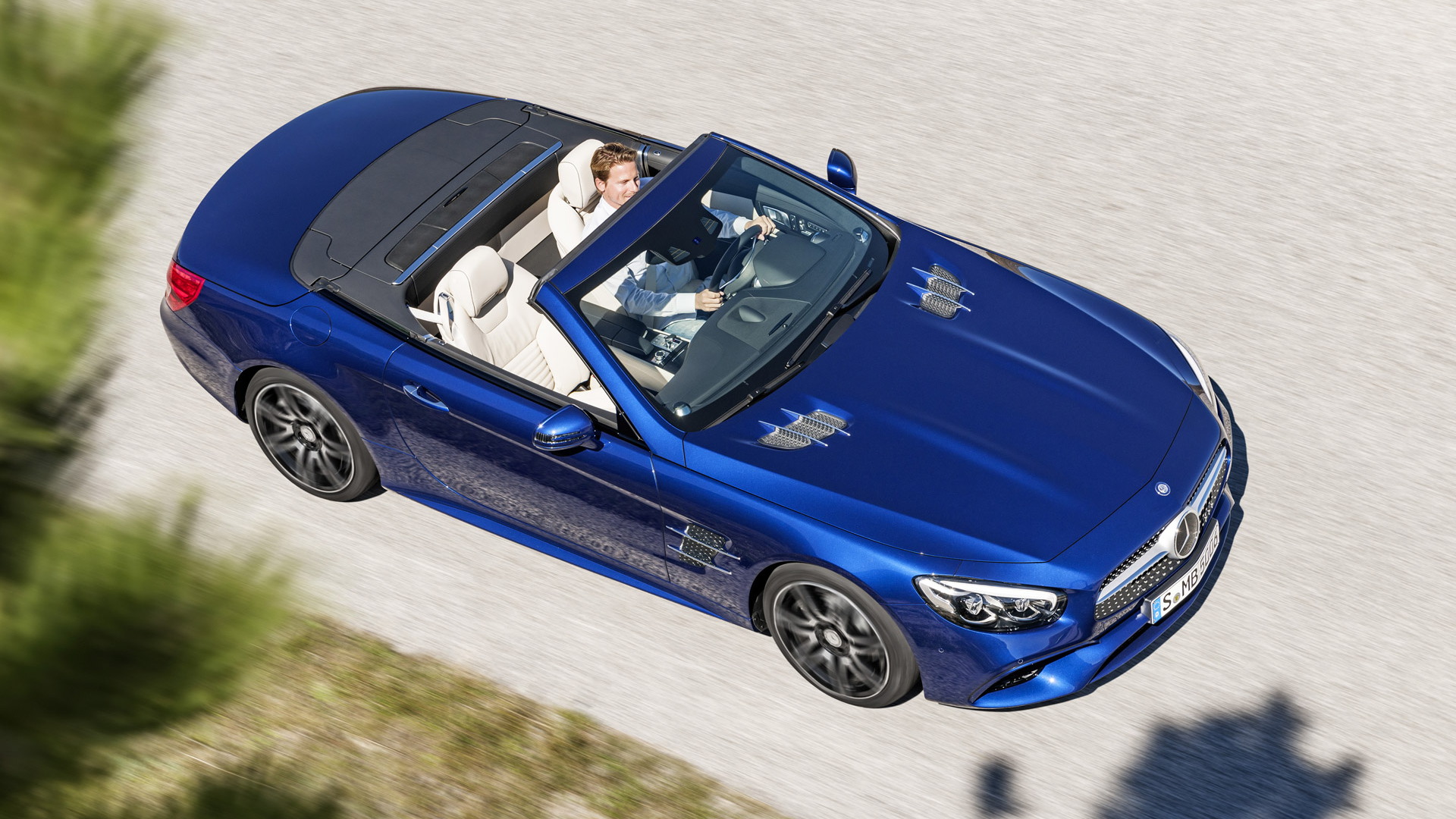 Though it isn’t due to be revealed until November 18 at the Los Angeles Auto Show, the first photos and details for Mercedes-Benz's updated SL range have surfaced. As expected, the luxurious two-seater convertible packs a heavily revised front end that makes it look rather elegant, as opposed to the outgoing car which looks like something Notre Dame resident Quasimodo would roll around in.

The photos were posted on World Car Fans and include not only the standard SL but also the high-performance SL63 and SL65 variants from Mercedes-AMG. Full details are yet to be released but we know that power on some models has been increased. Mercedes has also added its nine-speed automatic transmission to the car, though the Mercedes-AMG variants are likely to be sticking with their AMG Speedshift seven-speed autos.

In the cabin, there’s a larger display for the infotainment system, a new clock, new trim elements and, in the Mercedes-AMG models, a new controller for the Dynamic Select drive modes selector. The updated SL also gets Mercedes’ latest Active Body Control system similar to the one used on the S-Class Coupe and Convertible models.

Expect to learn more as we get closer to the reveal. In the meantime, enjoy the leaked shots. And for more from the L.A. Auto Show, head to our dedicated hub.