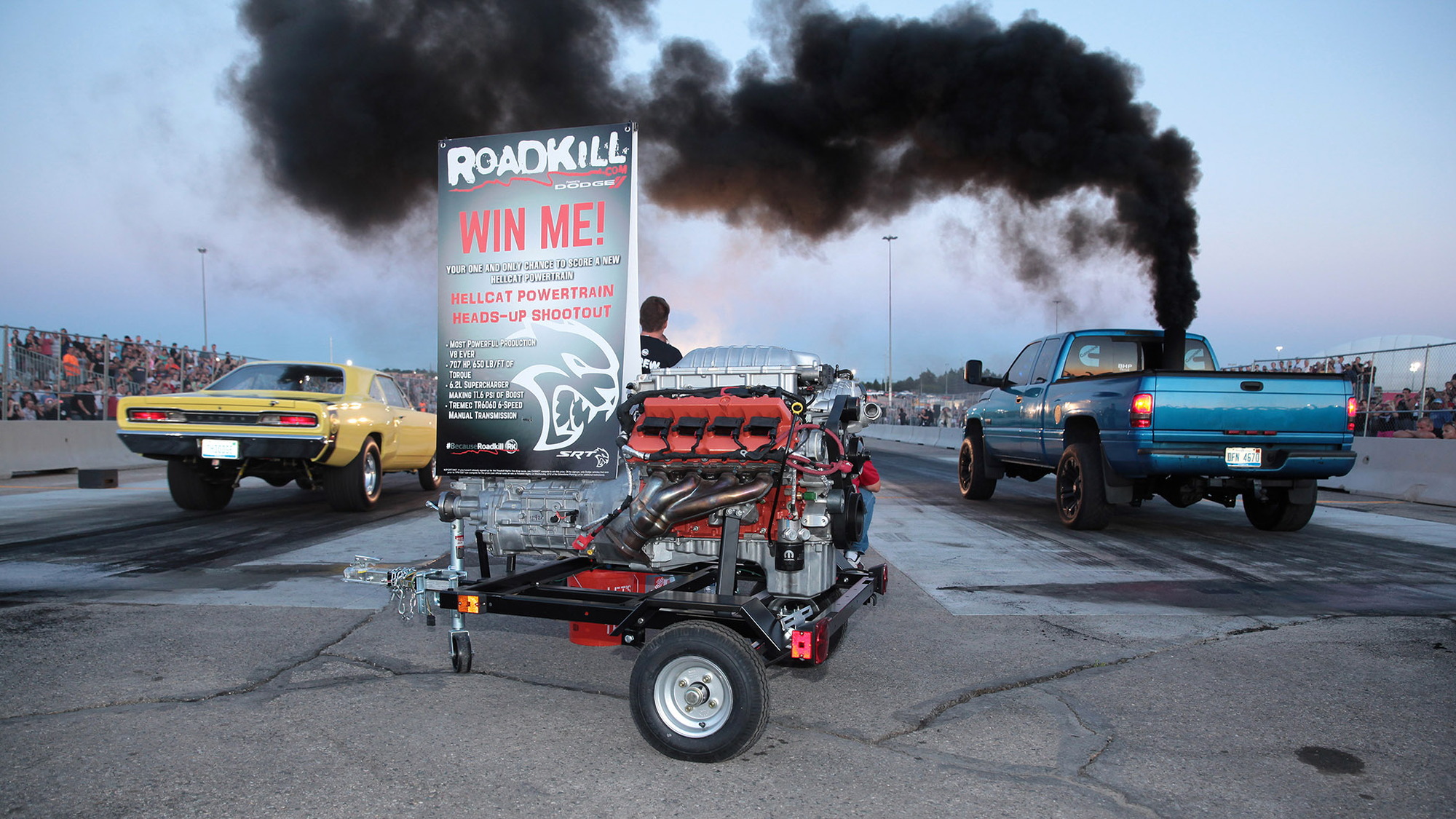 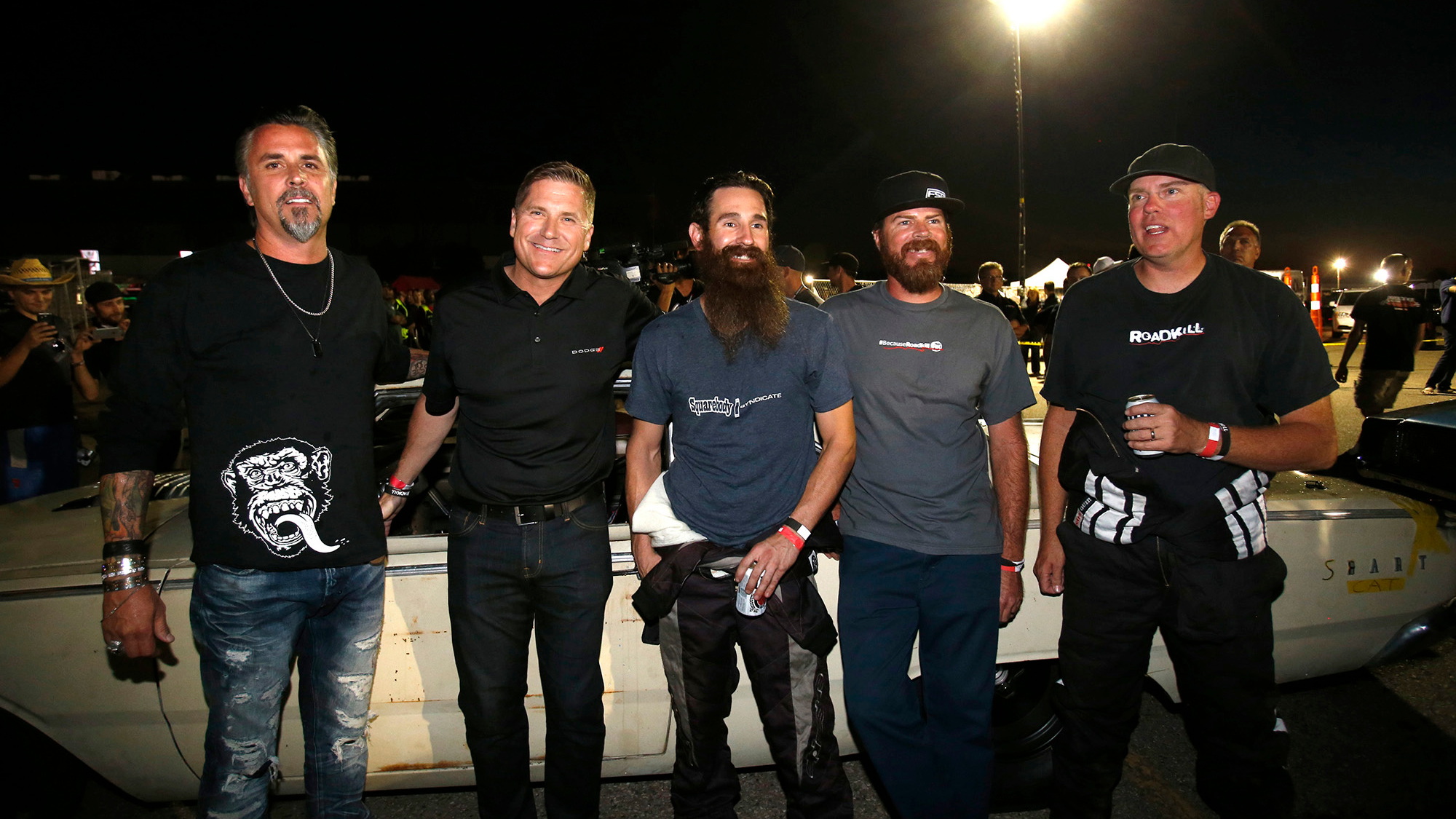 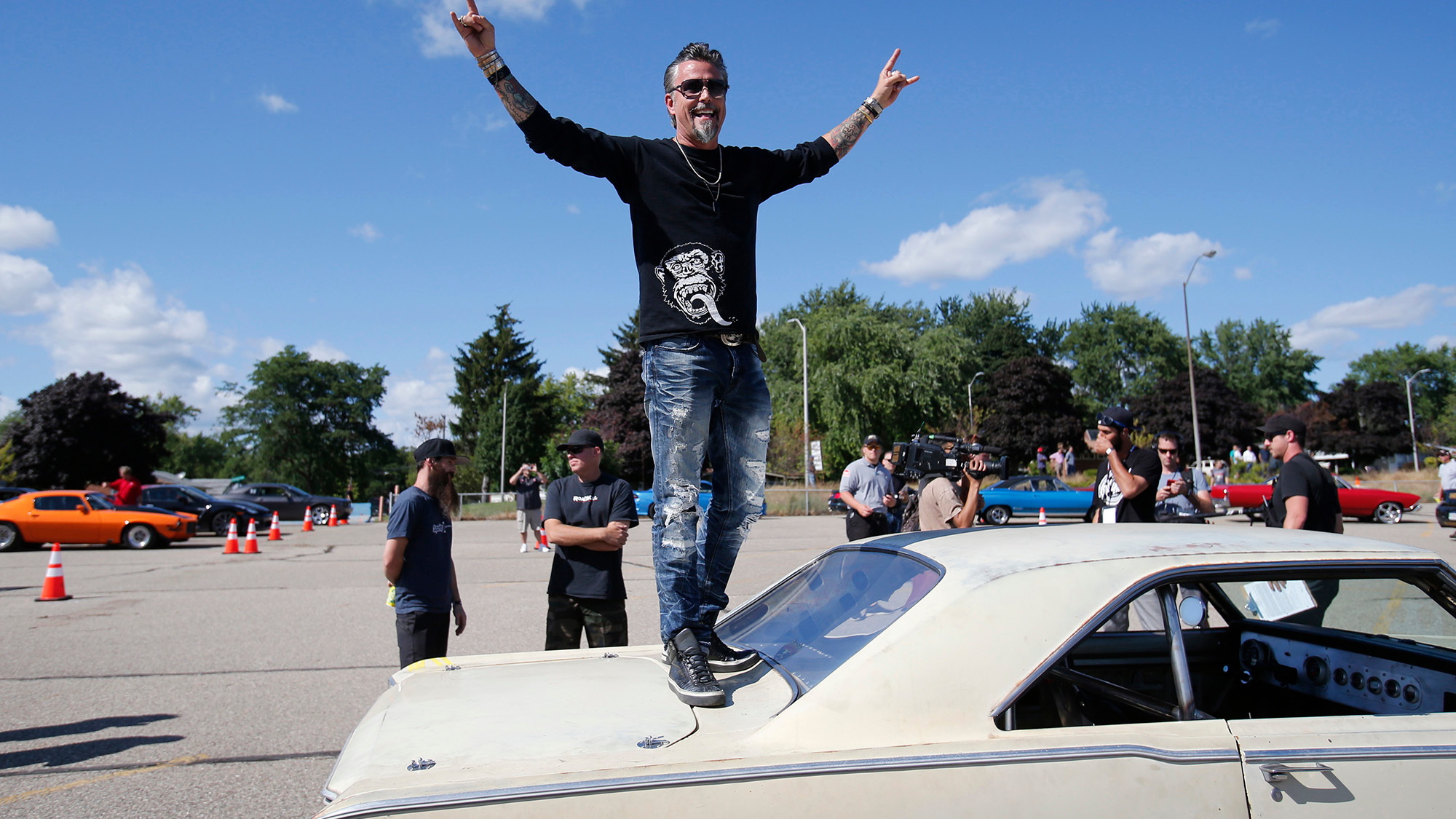 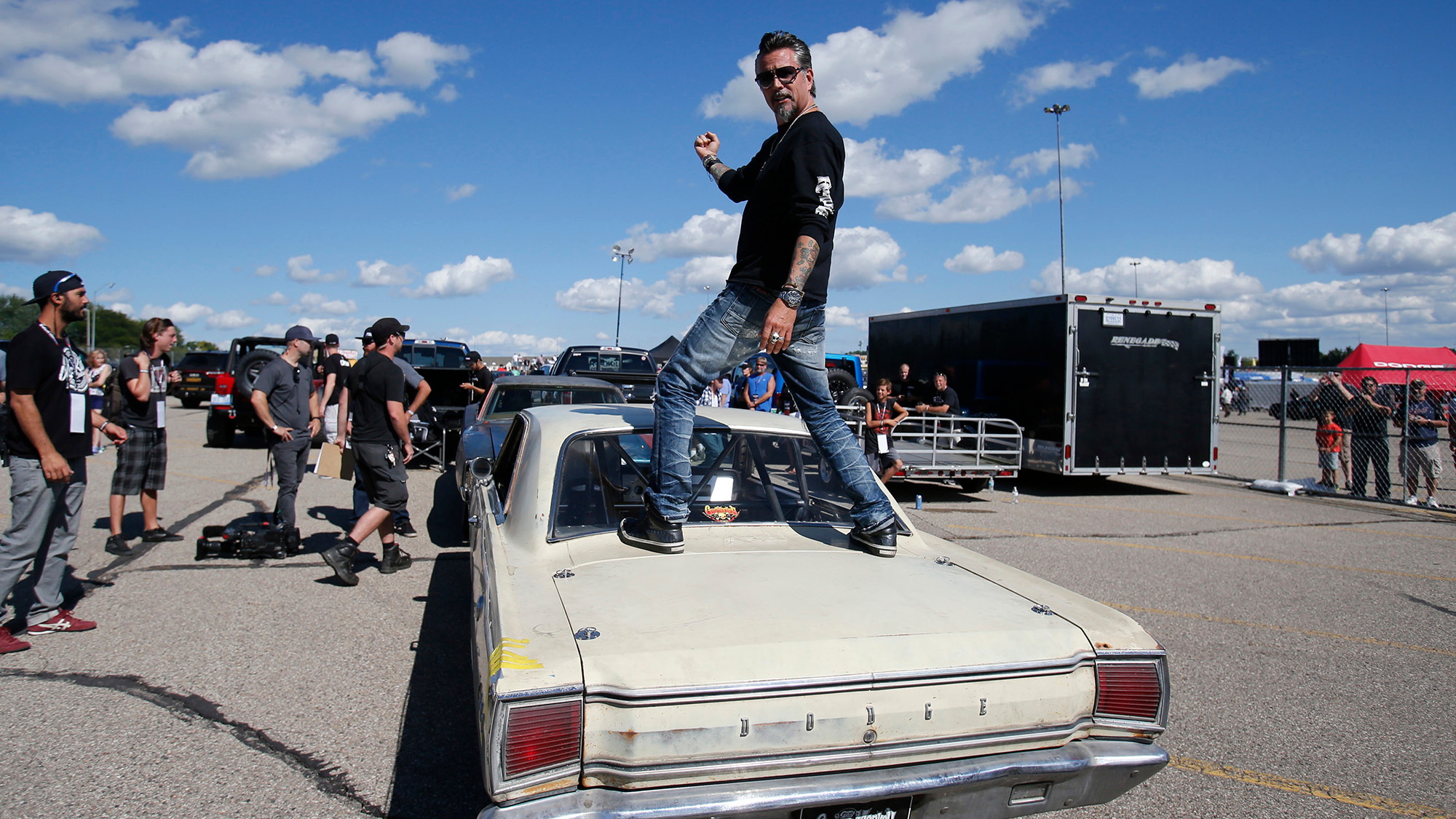 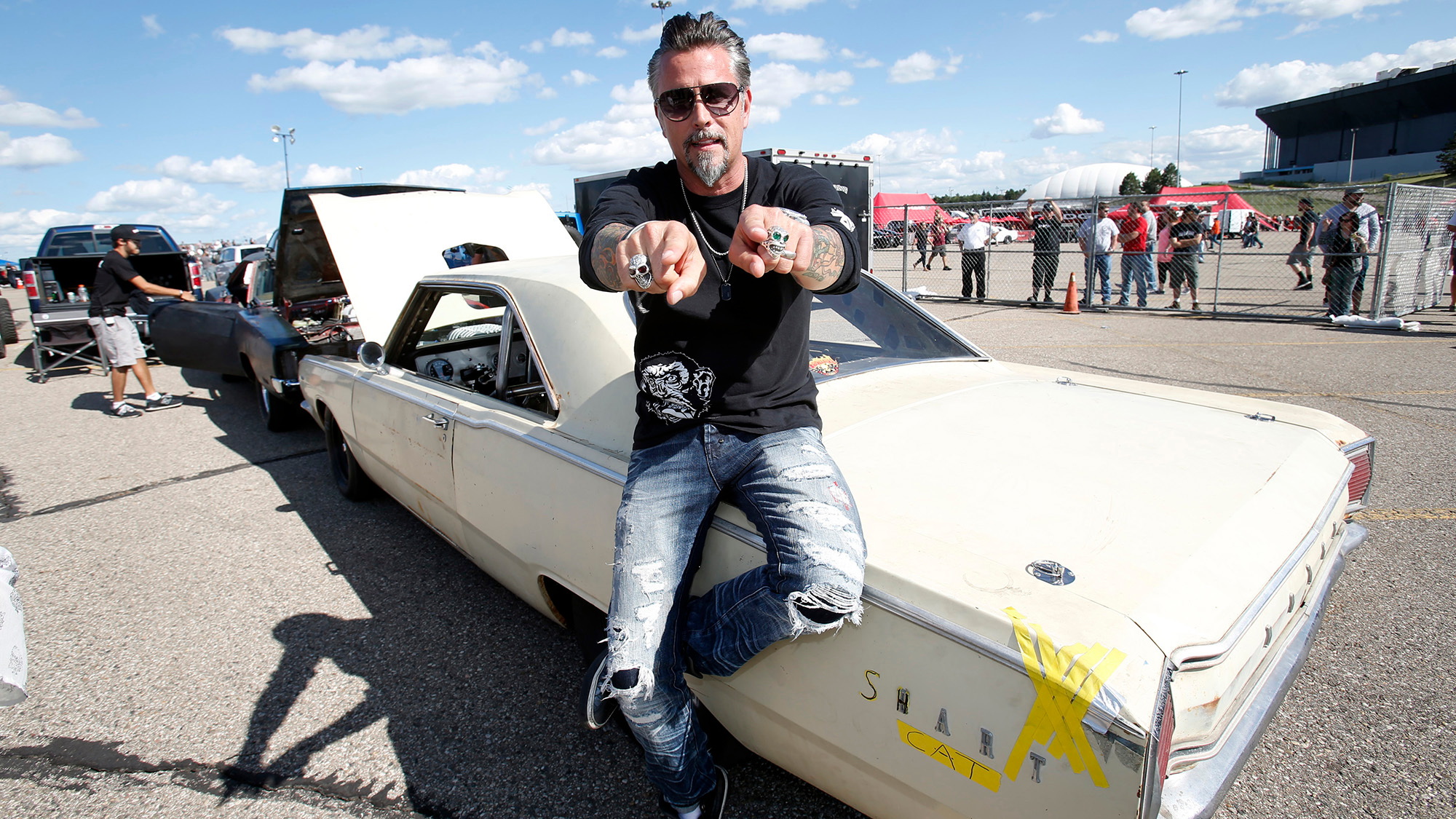 The mad-minds (and awesome people) at Roadkill have partnered up with Dodge this season, and the pairing has led to some fantastic shenanigans. Recently, the Roadkill crew challenged the the guys from Gas Monkey Garage to a drag race. Thus "Roadkill Nights powered by Dodge" was born. It's not just a chance for fans to watch two teams go at it with their janky hot-rods. Instead, Dodge decided to have a contest with the winner receiving a 6.2-liter Hellcat engine.

Michigan resident Brandon Phillips arrived at the Pontiac Silverdome with his 1969 Dodge Super Bee. He took on a black-smoke belching truck in the final race of the contest, which you...well you really can't see it in the video above but trust us that he won. His prize is that oh-so-monstrous 707-horsepower 6.2-liter supercharged V-8 engine. We're pretty sure that a Dodge fan like Phillips will find a way to put the powertrain to good use.

It wasn't just about the contest though, as the Roadkill and Gas Monkey teams had a score to settle. Roadkill arrived with its General Mayhem '68 Dodge Charger. Gas Monkey lined up next to them with a '67 Dodge Dart, that's been, um, colorfully renamed. Each vehicle is packing a Hellcat powertrain, which means each vehicle is prepared to destroy tires and 1/8-mile race tracks...if they can get enough traction, of course.

We won't spoil the race for you. Just check it out for yourself below.