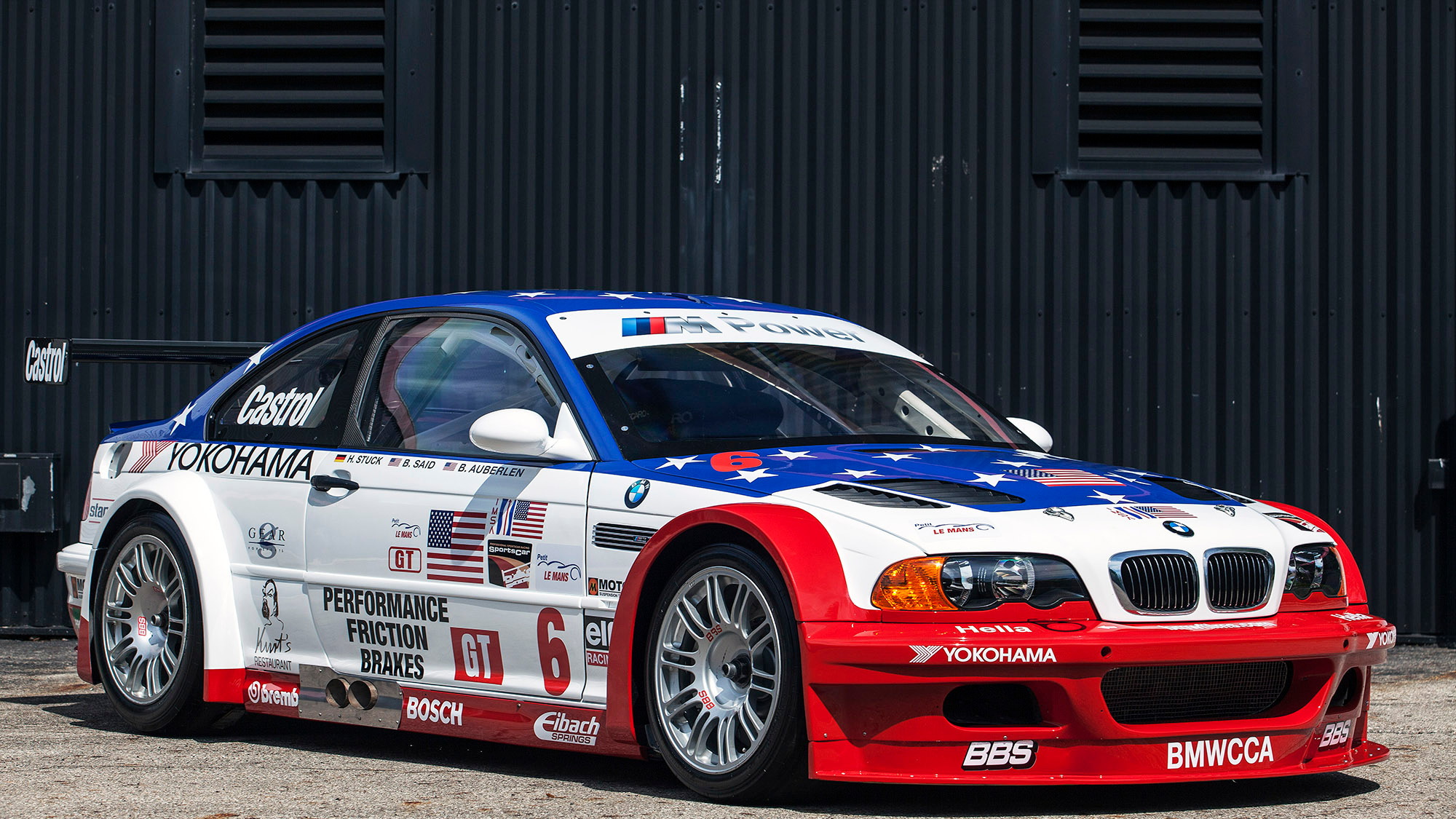 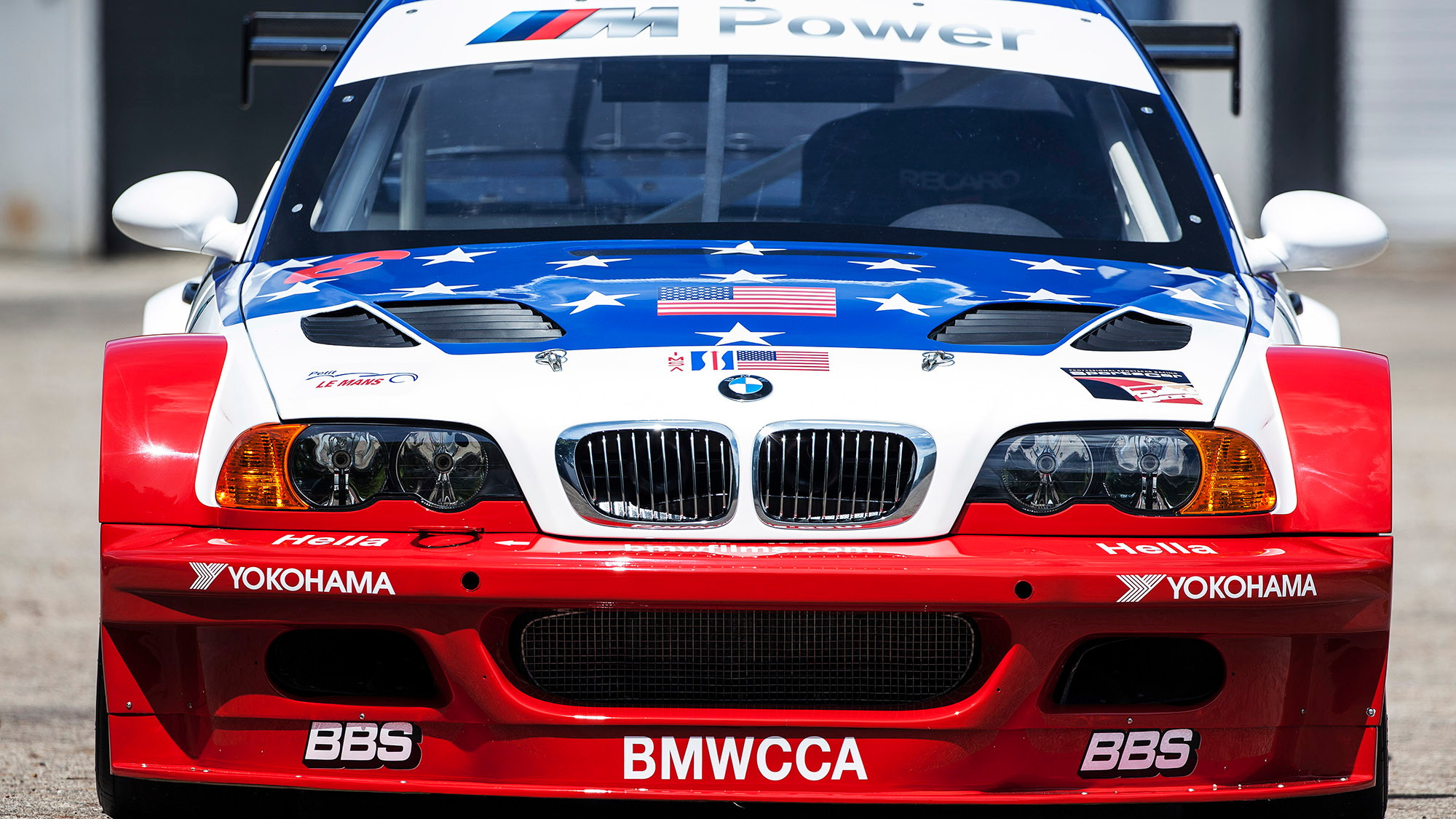 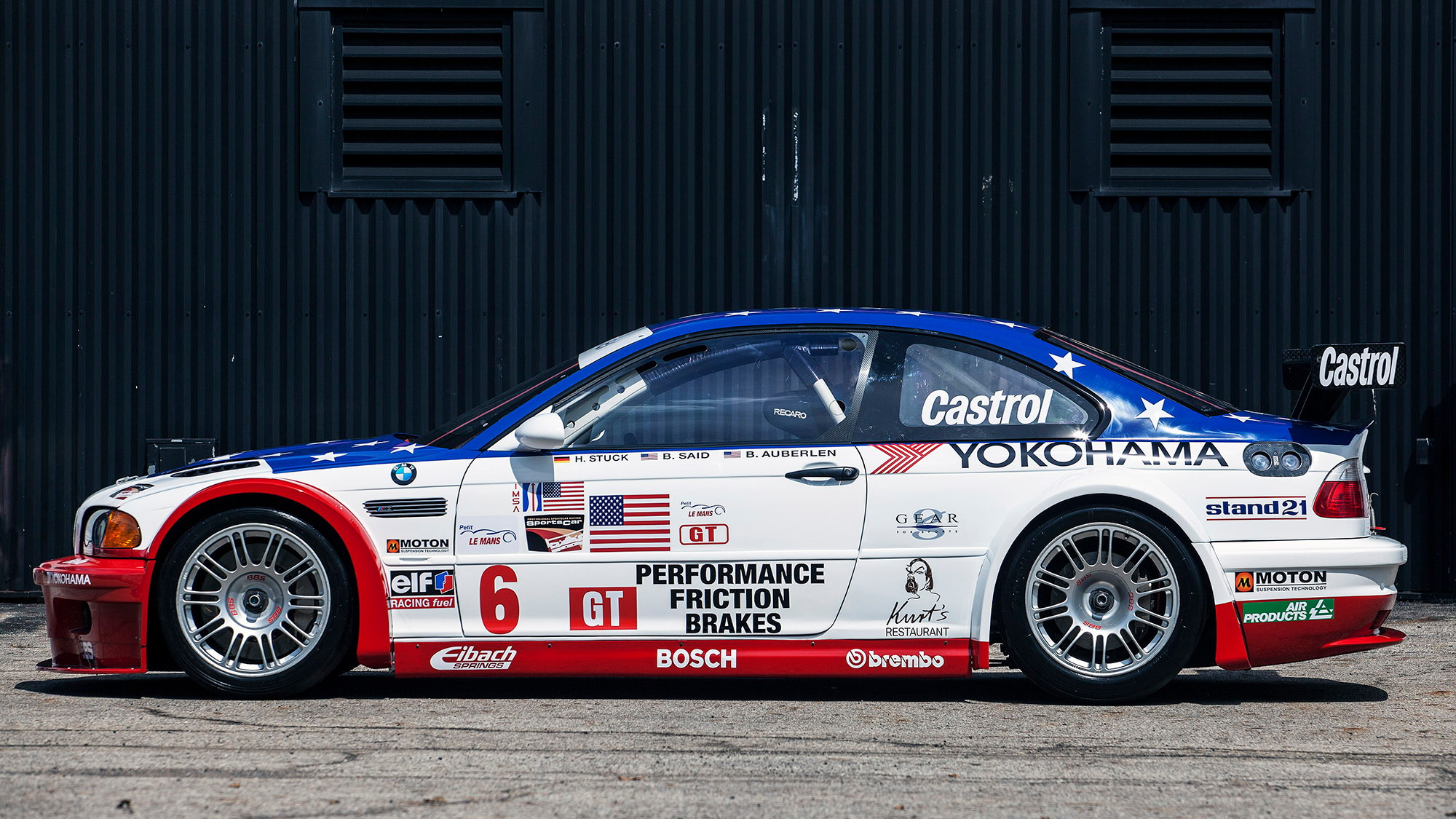 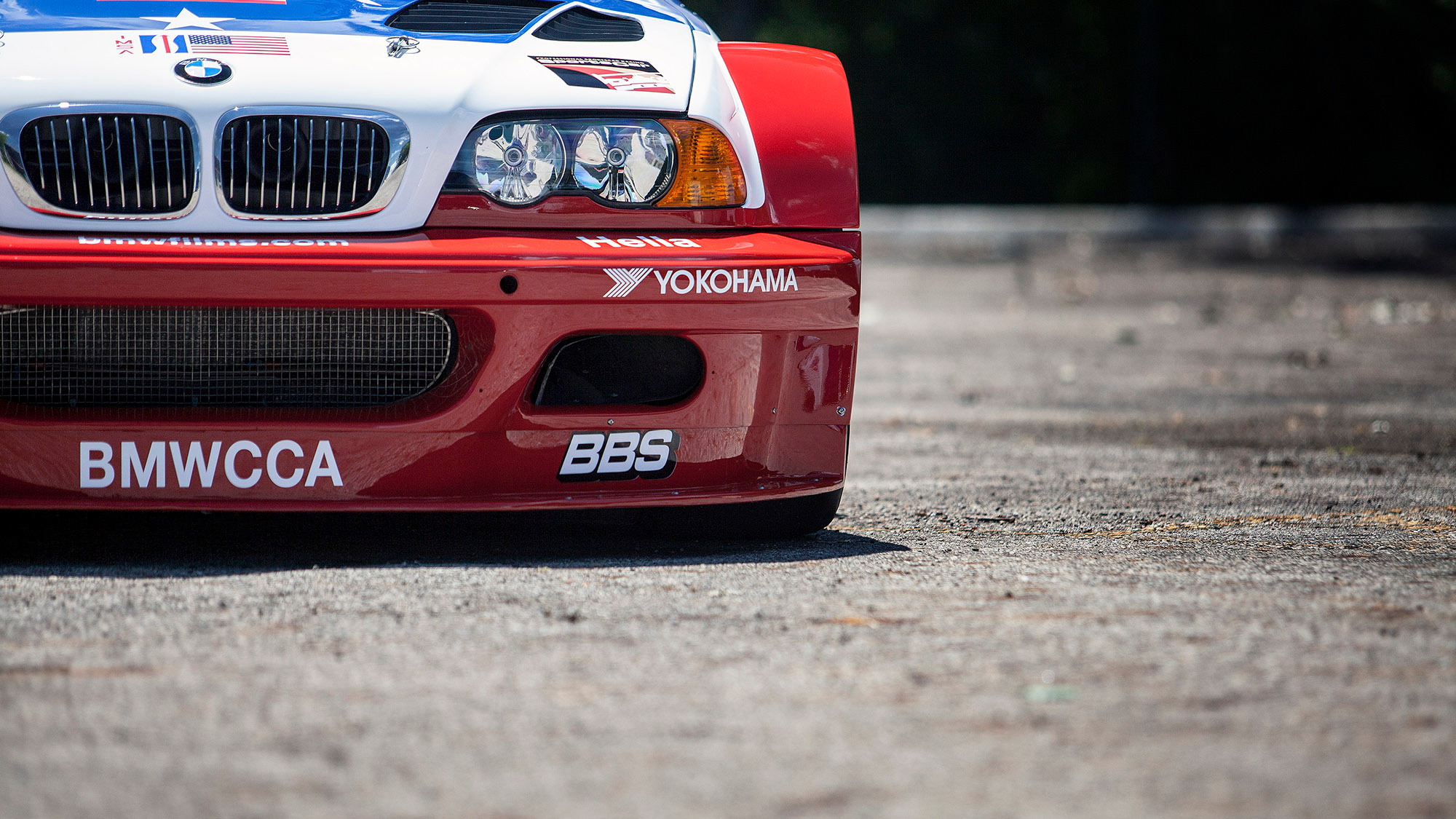 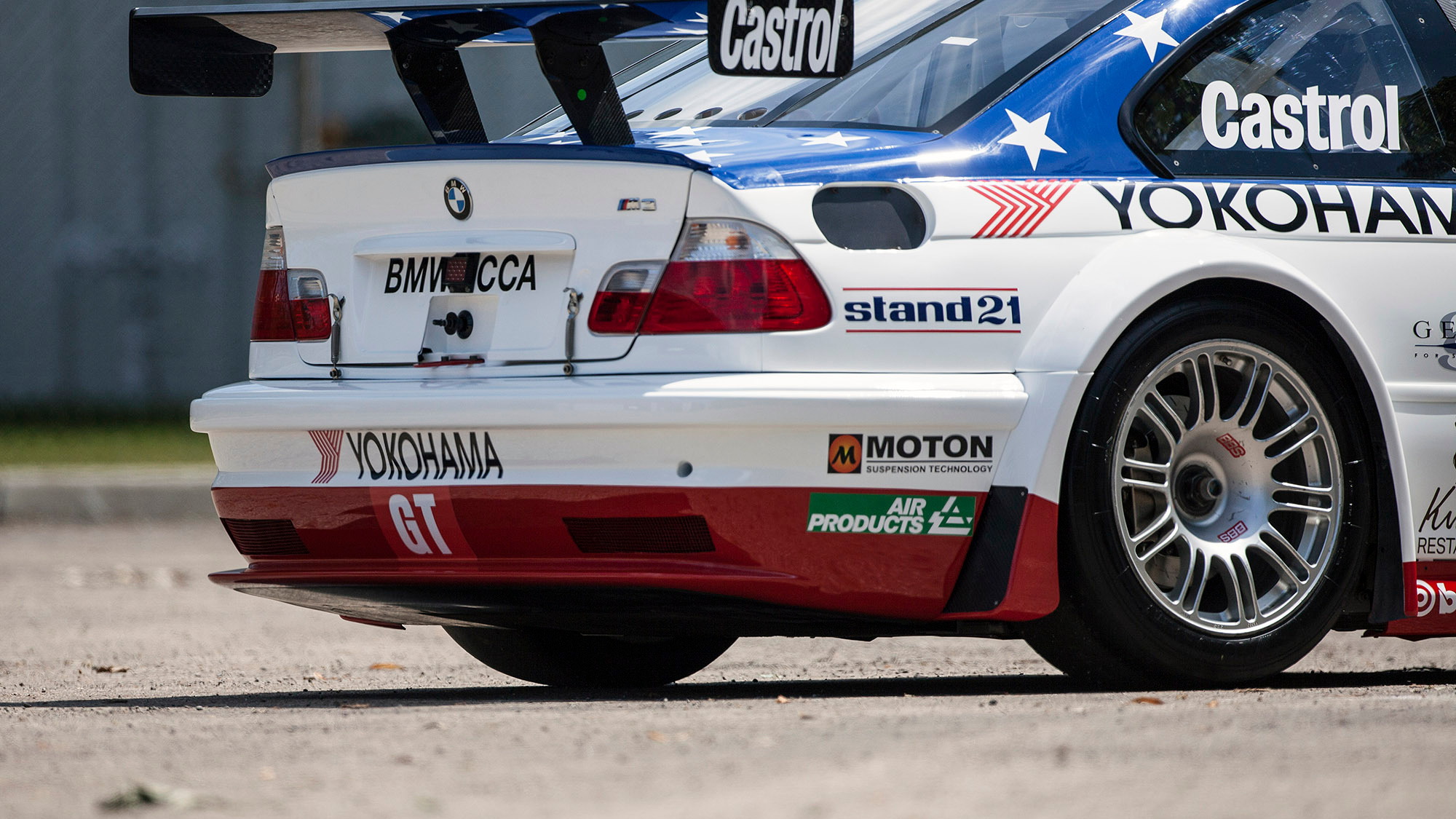 You've already heard that BMW is trotting out a handful of cars from its racing history. The cars will be fired up and tracked hard during the Monterey Motorsports Reunion event during this coming week's Monterey Car Week, which includes the prestigious Pebble Beach Concours d'Elegance. BMW has announced another piece of its motorsports history that it's taking out of the garage. This one is quite rare, and for some, it's even a bit controversial. The fabled 2001 BMW M3 GTR racer will be on display in Monterey at the Legends of the Autobahn Concours d'Elegance.

Running only during the 2001 season, the M3 GTR was an unstoppable force out on the track. This is the first M3 ever to be fitted with a V-8 engine, and it was done so under a new homologation rule that stated a racing car only needed a few street-legal production versions to qualify for racing. BMW jumped on this new rule and created the M3 GTR. A dry sump system, a flat-plane crankshaft V-engine, and far less weight than previous six-cylinder M3 examples meant that BMW had a monster on its hands. A 444-horsepower monster, to be exact.

How'd the car fare over the course of its single season of the American Le Mans Series? There were two teams running a car apiece, and they basically traded wins over the course of six races. Those six wins saw five pole positions during qualifying, and six new lap records for the races. Still, there had to be a street version to meet the ALMS rules. BMW created six road cars to satisfy the rules. Three of those were development cars, and the other three were production cars... that are all still owned by BMW.

The car did so well in its one season, that there would never be a second season. The rules were changed so that the homologation figure expanded by a power of 100. It wasn't in the automaker's interest to create many more examples of what would essentially be a street-legal race car.