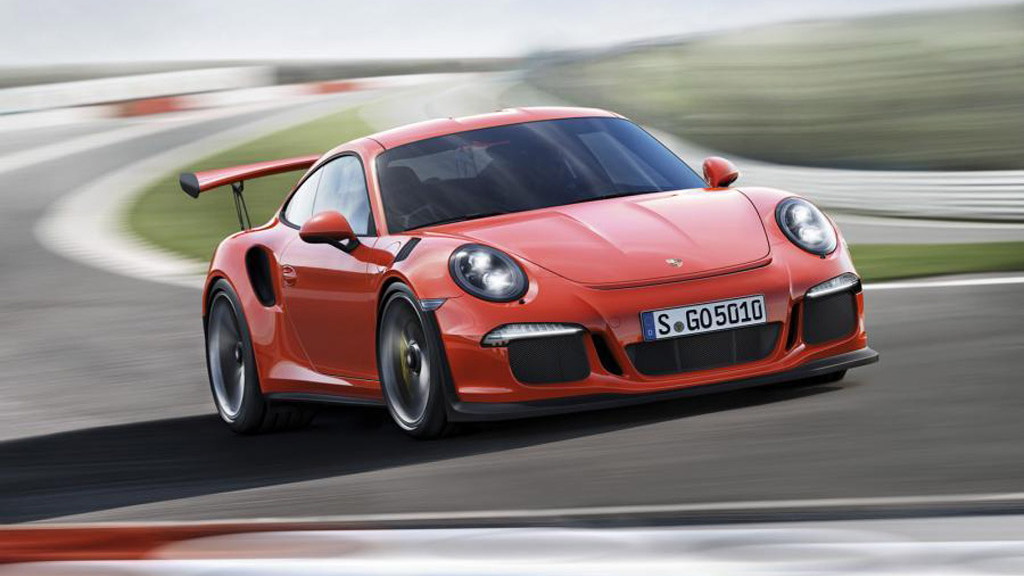 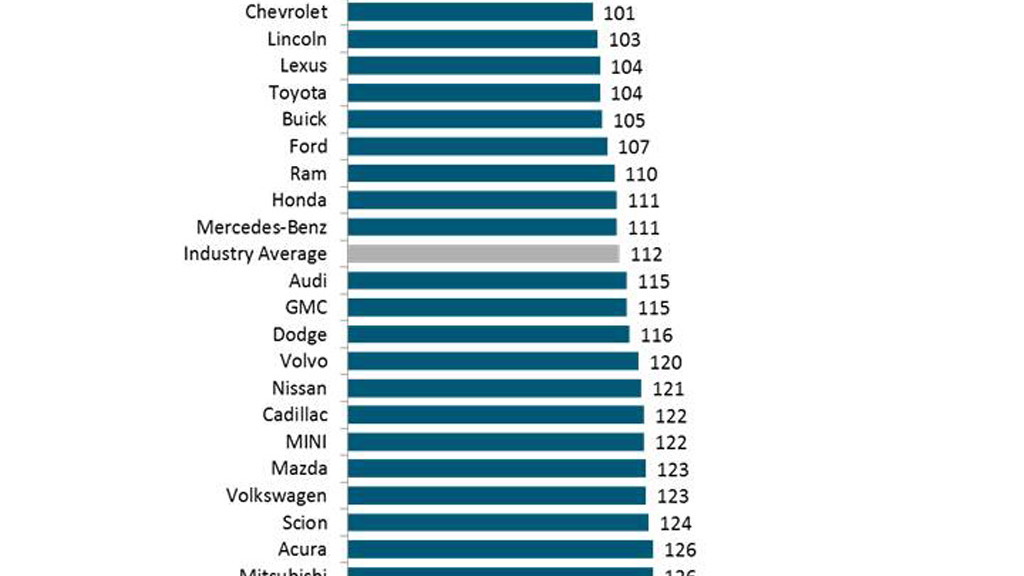 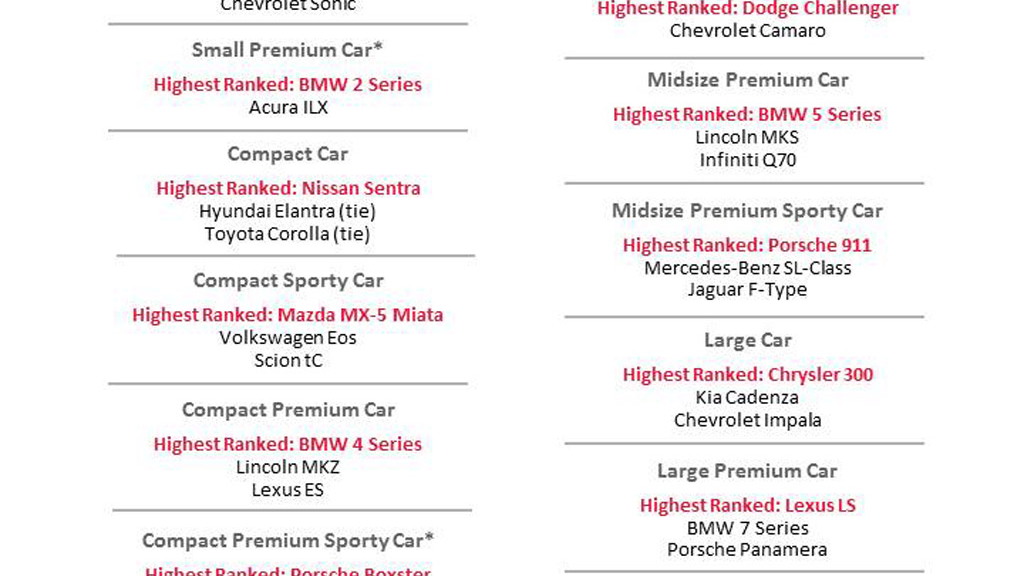 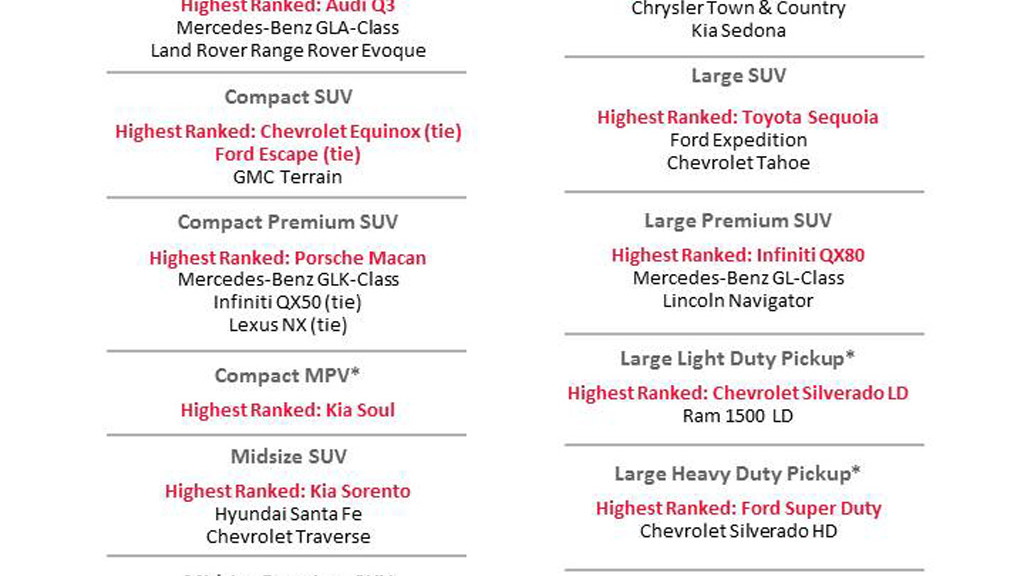 Influential market research firm J.D. Power has released the results of its latest Initial Quality Study, and it’s Porsche that once again ranks highest, with 2015 being the third year in a row the German sports car marque has been on top. What’s surprising is the drop in quality of Japanese brands, with European brands on average ahead of the Japanese for the first time in the 29 years that the study has been run.

The annual study looks at problems experienced by buyers of new, mainstream cars during their first 90 days of ownership and uses the average number of problems per 100 vehicles (PP100) to rank the brands. Lower scores mean a better result.

According to this year’s study, European brands averaged 113 PP100 versus 114 PP100 for the Japanese brands. American brands also scored 114 PP100, making this only the second time in the study’s history that the domestics tied with the Japanese. The industry as a whole experienced a 3.0 percent year-over-year improvement, averaging 112 PP100 compared with 116 PP100 in 2014.

What was most impressive was the performance of the Korean brands, though they have limited representation in the market. Nevertheless, they led the industry in initial quality by the widest margin ever, averaging 90 PP100. Kia in particular scored well, with its PP100 score coming in at just 86, outmatched only by Porsche with a PP100 score of 80. Rounding out the top five were Jaguar (93 PP100), Hyundai (95 PP100) and Infiniti (97 PP100).

“For so long, Japanese brands have been viewed by many as the gold standard in vehicle quality,” J.D. Power researcher Renee Stephens said in a statement. “While the Japanese automakers continue to make improvements, we're seeing other brands, most notably Korean makes, really accelerating the rate of improvement.”

Once again it was in-car technology like user interfaces and infotainment systems that proved the most problematic. Voice recognition and Bluetooth pairing continuing to top the problem list, with the researchers finding that the majority of models included in the study that have voice recognition systems experience 10 or more PP100 related to this feature alone. Unfortunately, in most cases repairs are not possible for these problems.

In the gallery below you’ll see the rankings for all brands as well as the top three vehicles for key segments.