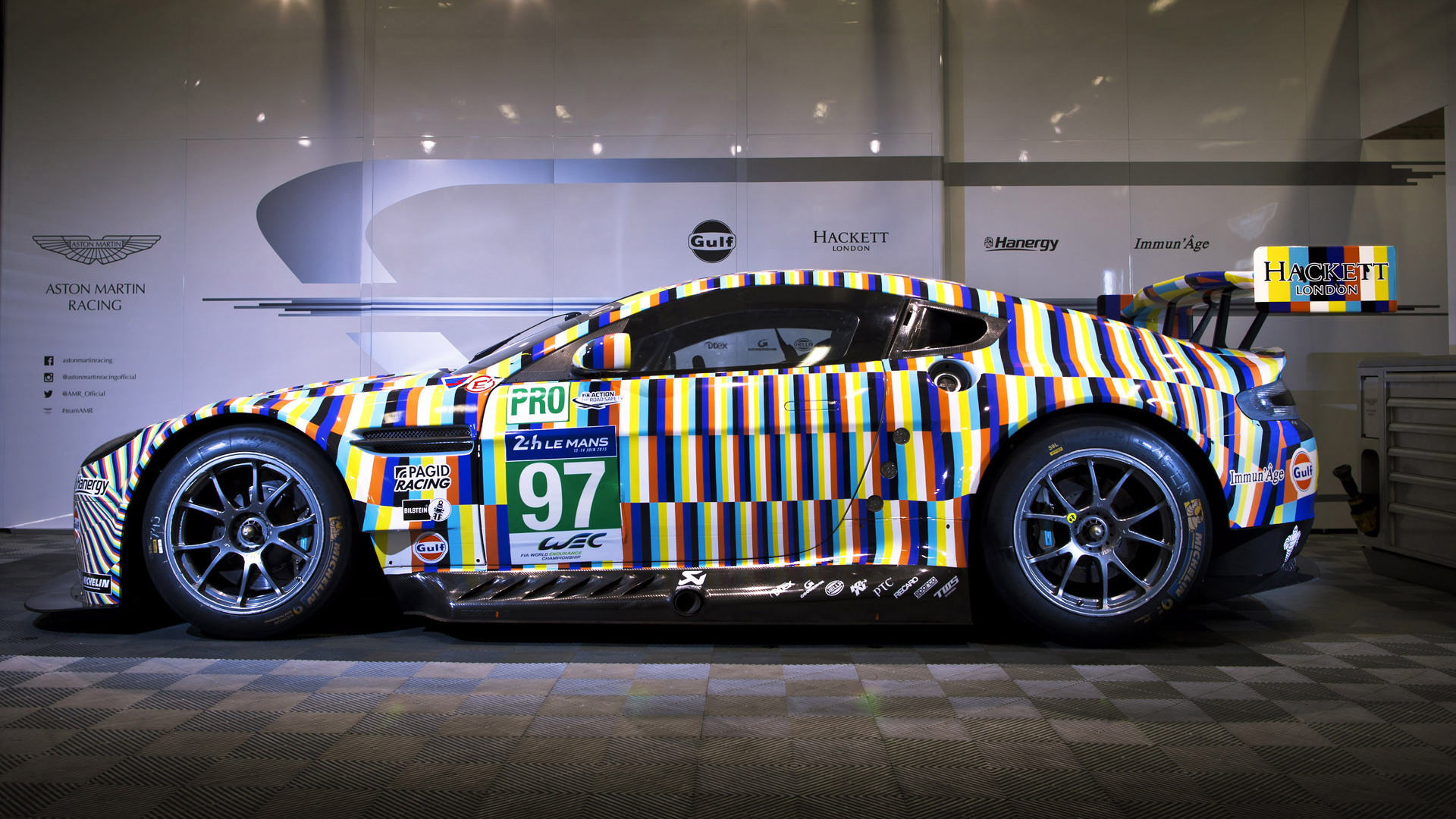 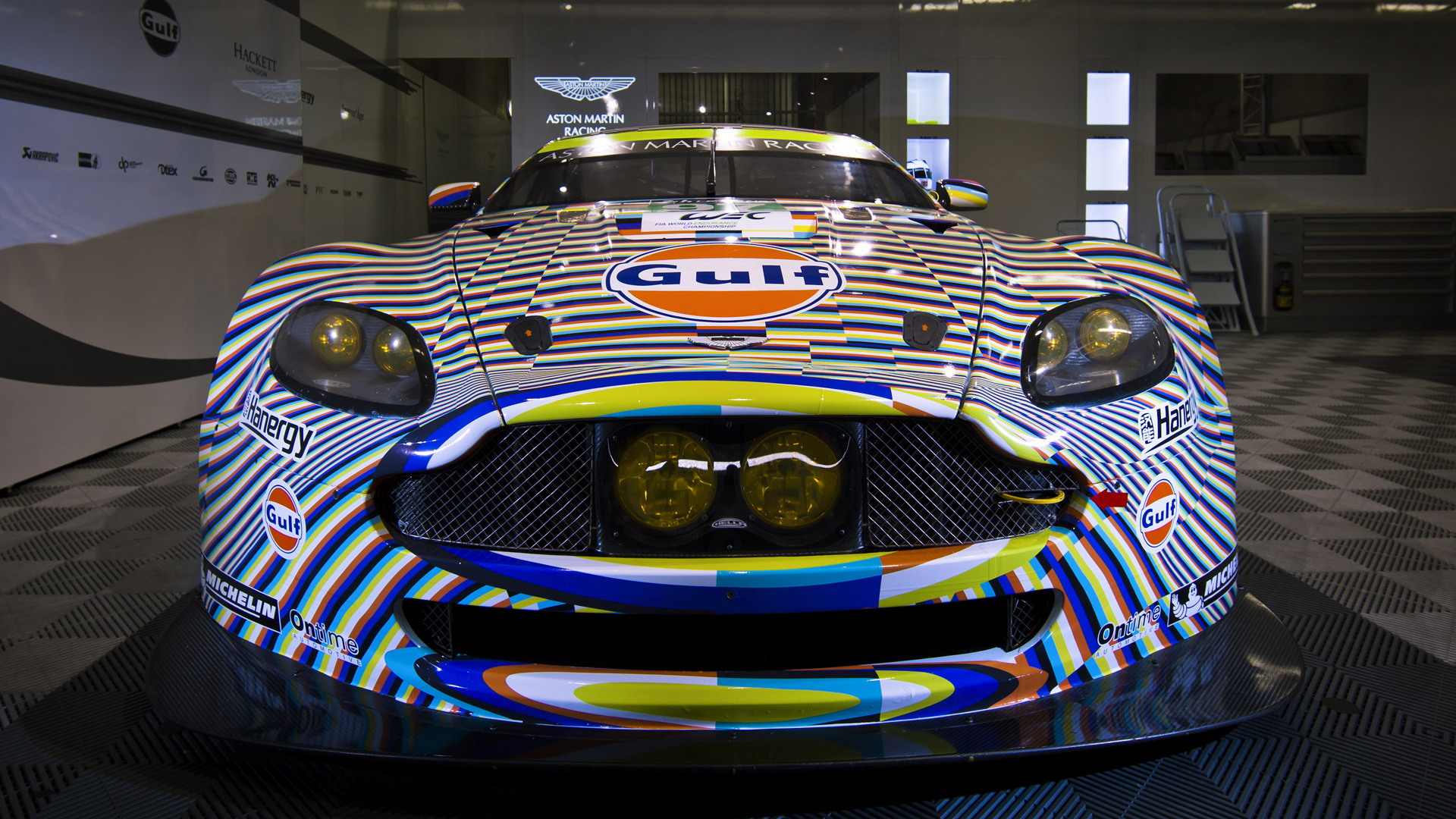 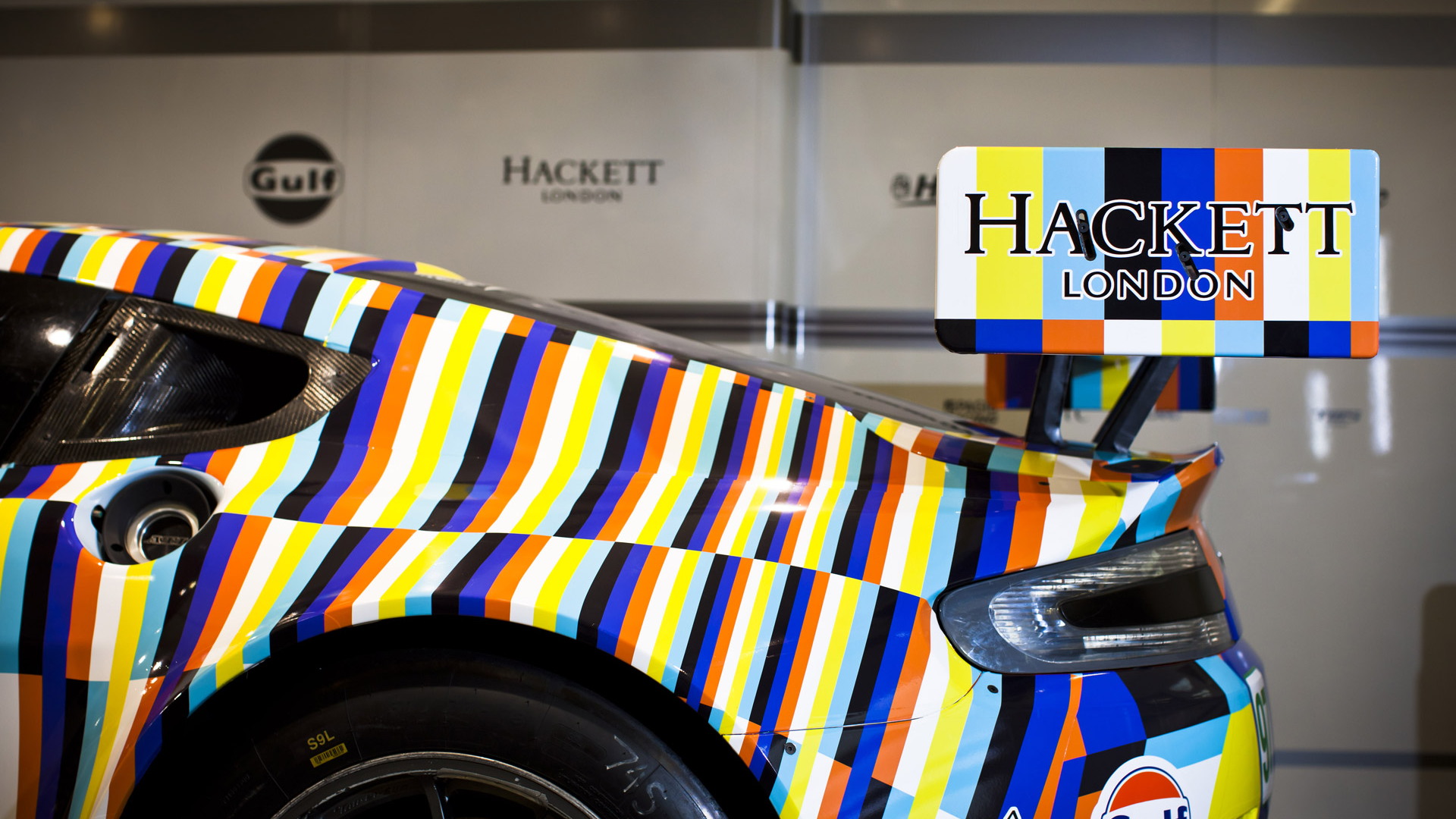 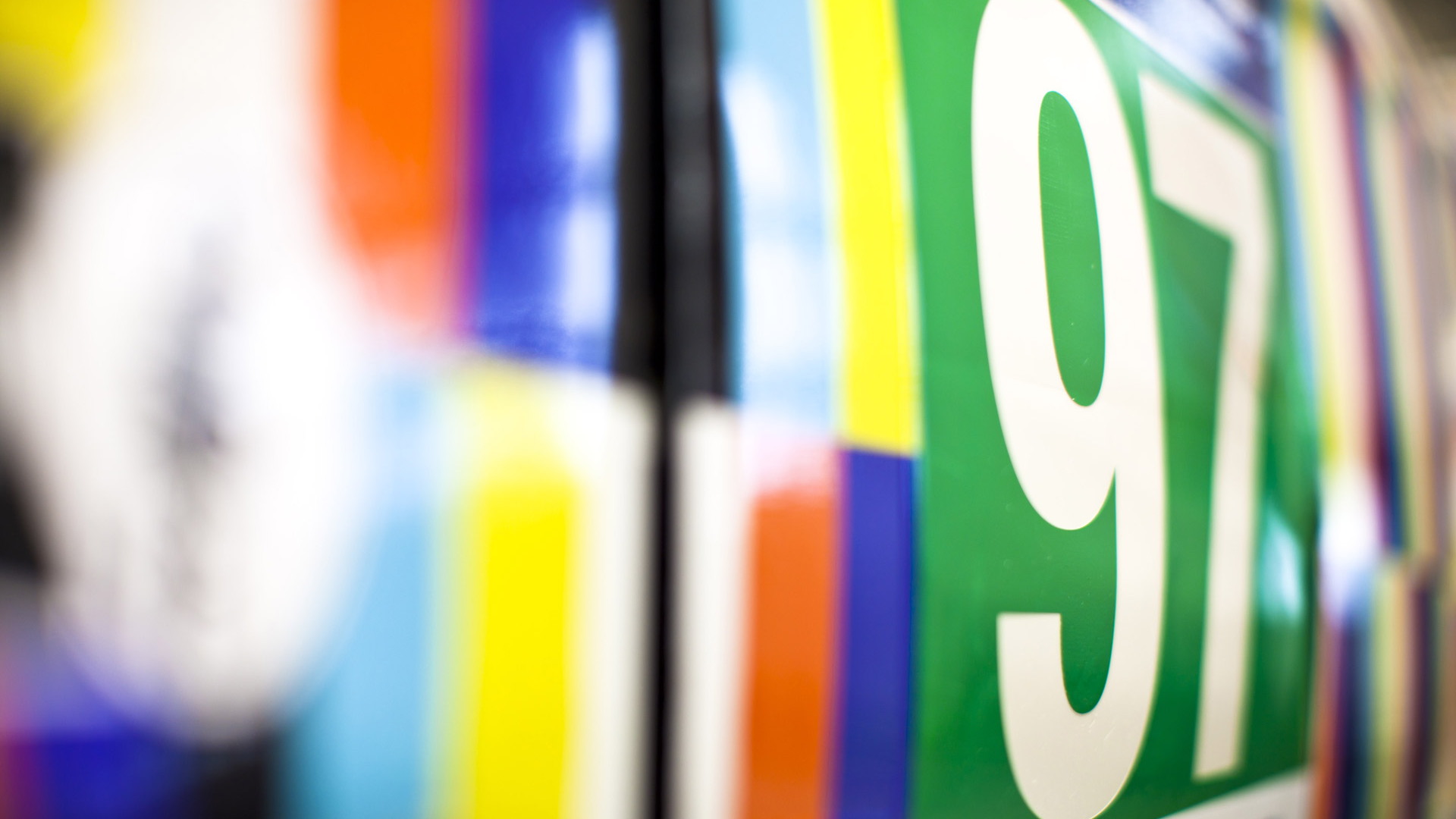 Aston Martin has revealed a special new livery for the number 97 Vantage GTE race car that will be competing in this weekend’s 24 Hours of Le Mans, the highlight of the 2015 World Endurance Championship. Designed by artist Tobias Rahberger, it uses various optical effects to make the V-8-powered racer appear as if it’s moving even when at a standstill.

ALSO SEE: Here’s Your Chance To Own A Porsche 919 Hybrid

Rahberger is well known for creating art that uses optical illusions to distort the perception of the viewer. He’s won numerous awards worldwide and was chosen by Aston Martin to give the Vantage GTE a unique exterior design, a car that carries on the art car tradition at Le Mans that started 40 years ago when a BMW painted by Alexander Calder took to the Circuit de la Sarthe.

Rahberger said he wanted to make the car appear as if it was moving at all times, explaining, “My design for the Aston Martin art car is rooted in my interest in distorted perception and related phenomena like auto moving patterns, optical effects, camouflage and visual confusion, which I have addressed in many works before. In this case, the design is based on a geometric optical effect pattern. Comparable to a fast object, a steady fixation on a point of the pattern is impossible.”

One of the drivers hopping behind the wheel of this car in the GTE Pro class will be Darren Turner, and he’s very much on board with the design, stating, “Personally, I think art cars are fantastic.”

Aston Martin will field five Vantage GTEs in this weekend’s race, competing in the GTE Pro and GTE Am classes for production-based cars. They will be going up against some tough competition including race cars based on the Porsche 911, Ferrari 458 Italia and Chevrolet Corvette.