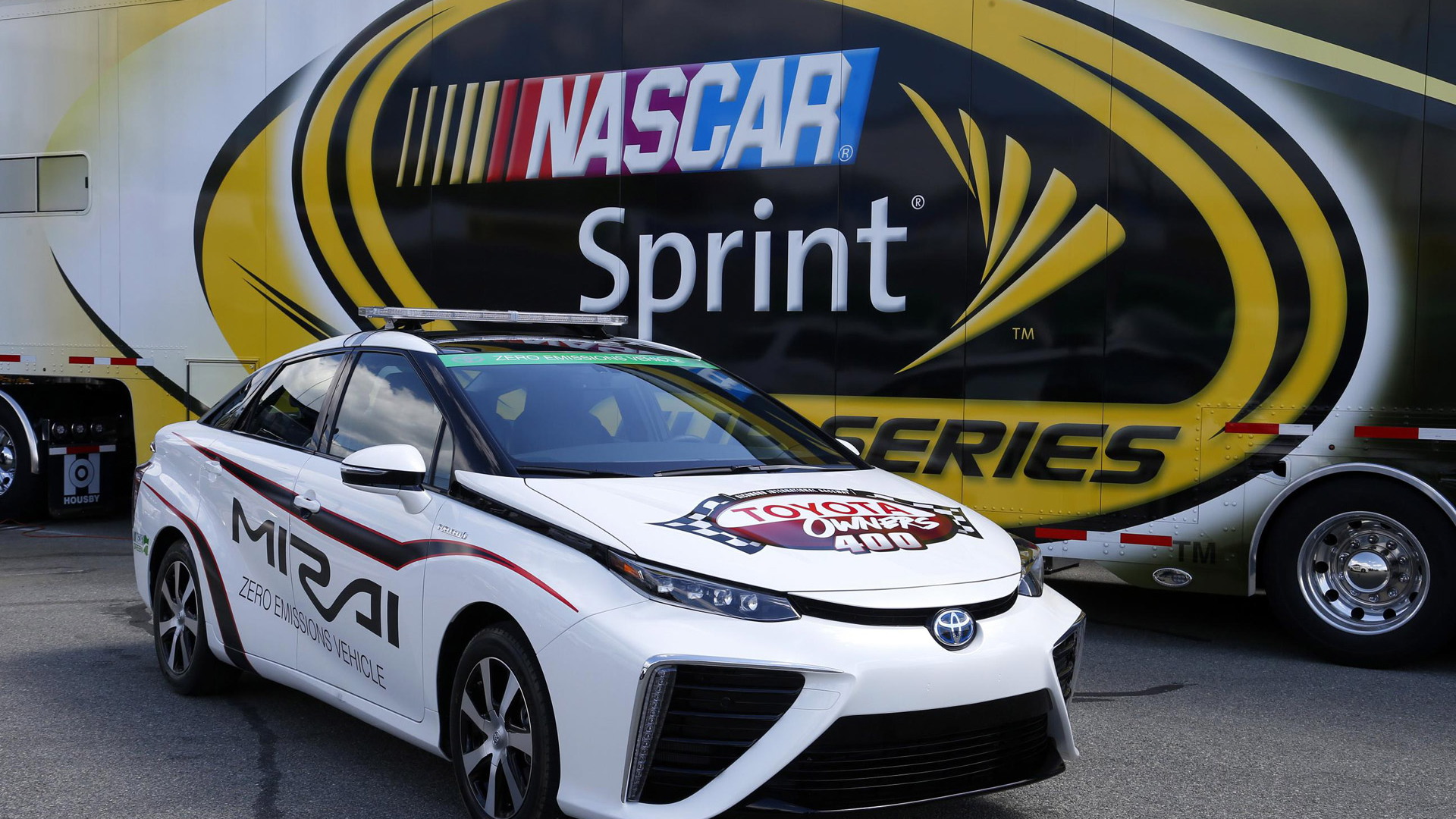 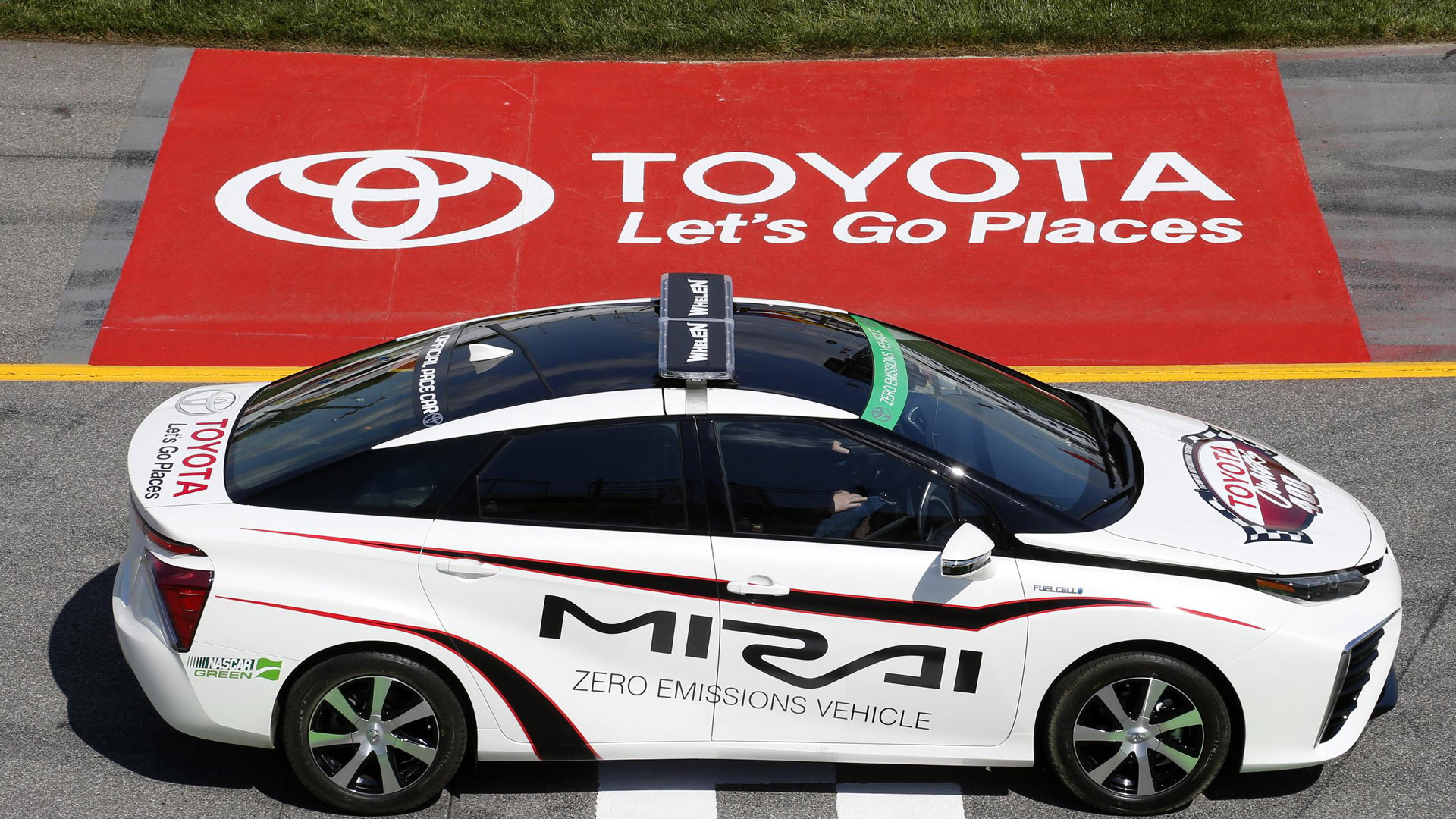 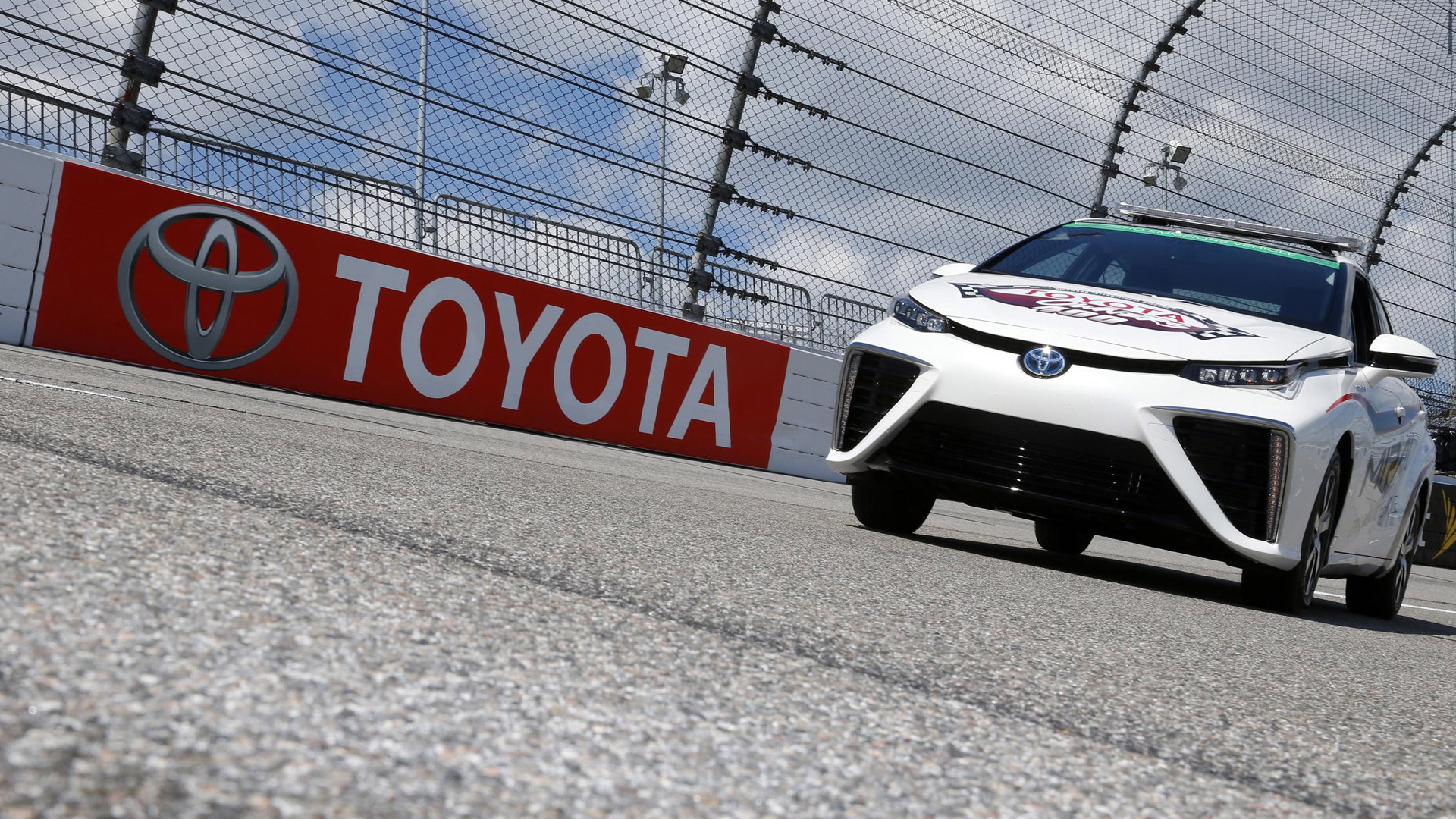 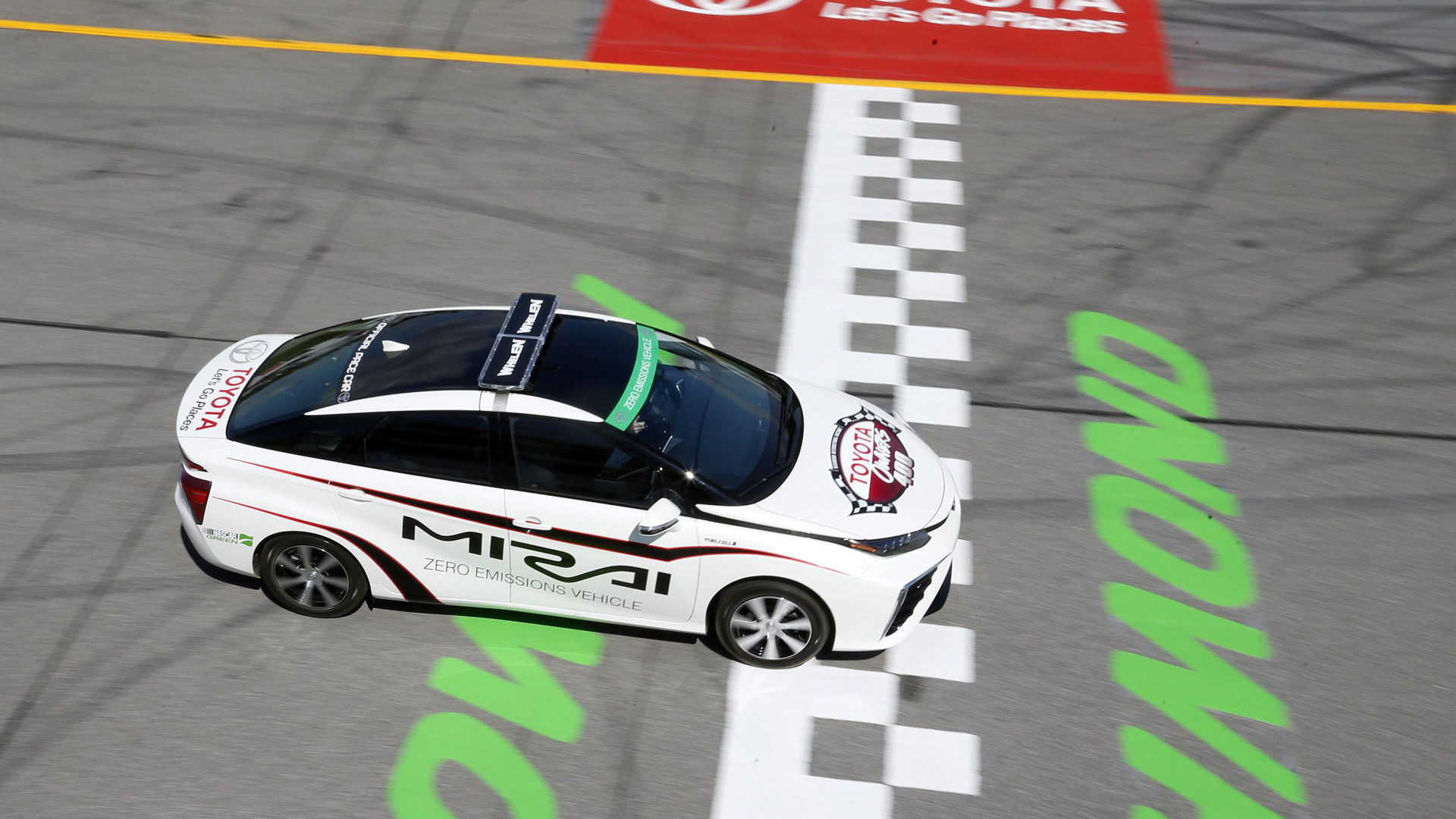 Toyota is keen to get the message out about its new fuel cell-powered Mirai and recently launched a video that attempts to convey to the masses the somewhat dubious benefits of a vehicle that runs on hydrogen. The Japanese automaker is now taking its promotional efforts a step further, announcing that a Mirai will pace this weekend’s Toyota Owners 400 NASCAR Sprint Cup Series race at Virginia’s Richmond International Raceway.

The Mirai was tested and approved by NASCAR officials to pace the race after a test session at RIR earlier this week. During the race, which takes place Saturday night, the Mirai will be used to lead the field to the green flag.

This will be the first time a hydrogen-fueled vehicle has paced a NASCAR race, but it isn’t the first time such a stunt has been performed. Late last year a Mirai prototype was used to test out a course for a rally held in Japan, and back in 2009 a Toyota Camry Hybrid became the first hybrid vehicle to pace a NASCAR race with it paced the Coca Cola 600.

The Mirai will be available later this year, initially to customers in California. The car is priced from $57,500 outright or on a lease deal at $499 per month over 36 months, with $3,649 due at signing. The driving range with a full tank of hydrogen is approximately 300 miles, and performance is comparable with that of a small four-cylinder sedan.

Fuel cell vehicles are essentially extended-range electric vehicles that use a fuel cell to charge the onboard battery instead of an internal combustion engine. Hydrogen fuel is combined with oxygen from the air inside the fuel cell stack in a process known as electrolysis. A byproduct of this is electricity, which is used to directly power an electric motor or charge up a battery.

While it’s true fuel cell-powered cars like the Mirai only emit water, when you take a well-to-wheels approach in examining a car's green credentials it's hard to rate them highly. That's because the vast majority of commercially available hydrogen is sourced from natural gas that has undergone steam-methane reforming, a complex process that wastes a lot of energy and produces a lot of CO2.