We now have a second teaser photo and a few more details for Infiniti’s new QX30 concept car debuting at next month’s 2015 Geneva Motor Show. The QX30 headed to Geneva is a thinly-veiled concept version of a new compact crossover of the same name that’s set to join Infiniti’s lineup in 2016.

The QX30 concept is said to combine the sleek lines of a coupe with the rugged looks and commanding seating position of a crossover, and from the teasers we’ve seen so far it certainly looks that way. The vehicle also looks to be wearing protective panels on its lower portions to help prevent nicks and scratches to the painted surfaces.

This theme of ‘stylish protection’ is evident from nose to tail. For example, the design team, led by Infiniti chief designer Alfonso Albaisa, have given the QX30 concept a more pronounced aluminum-trimmed bumper up front, while rounding up the rear with a tough skid plate. Other details include 21-inch aluminum wheels with large profile rubber, sculpted roof racks, a panoramic sunroof and carbon fiber in the lower cladding. 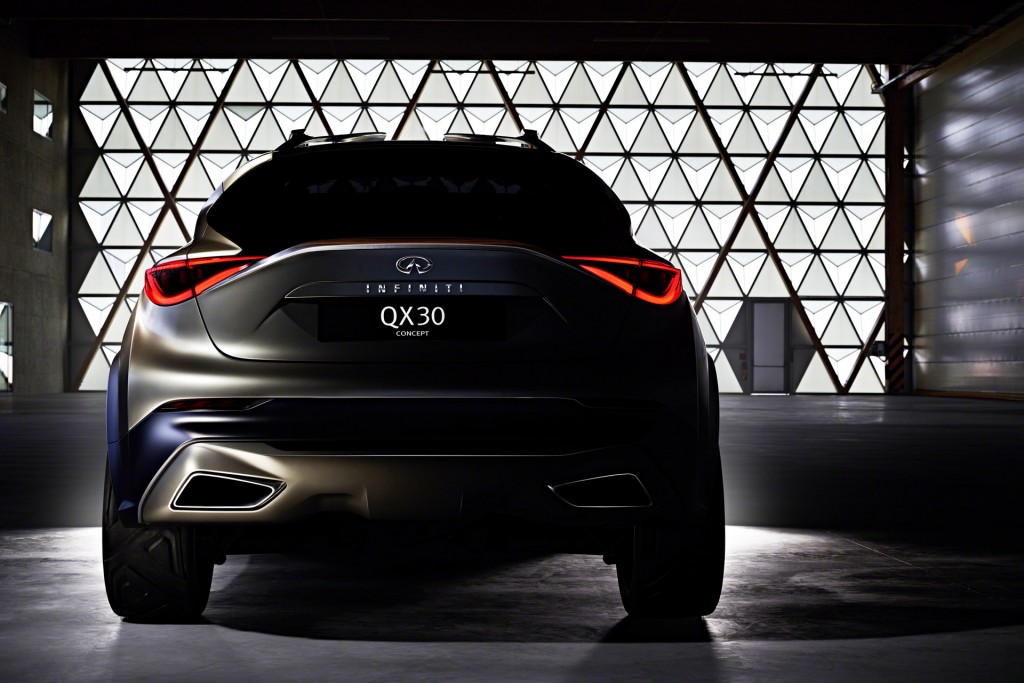 Infiniti has confirmed both the QX30 and a Q30 hatch derivative for sale in the U.S., however, their target market will be Europe where the premium compact class is dominated by German brands Audi, BMW and Mercedes. Production will take place at a Nissan plant in Sunderland, England, with the Q30 due to roll off the line later this year and the QX30 sometime in 2016.

We'll have the full details soon as the 2015 Geneva Motor Show gets underway on March 3. In the meantime, you can see what else will be at the show by visiting our dedicated hub.