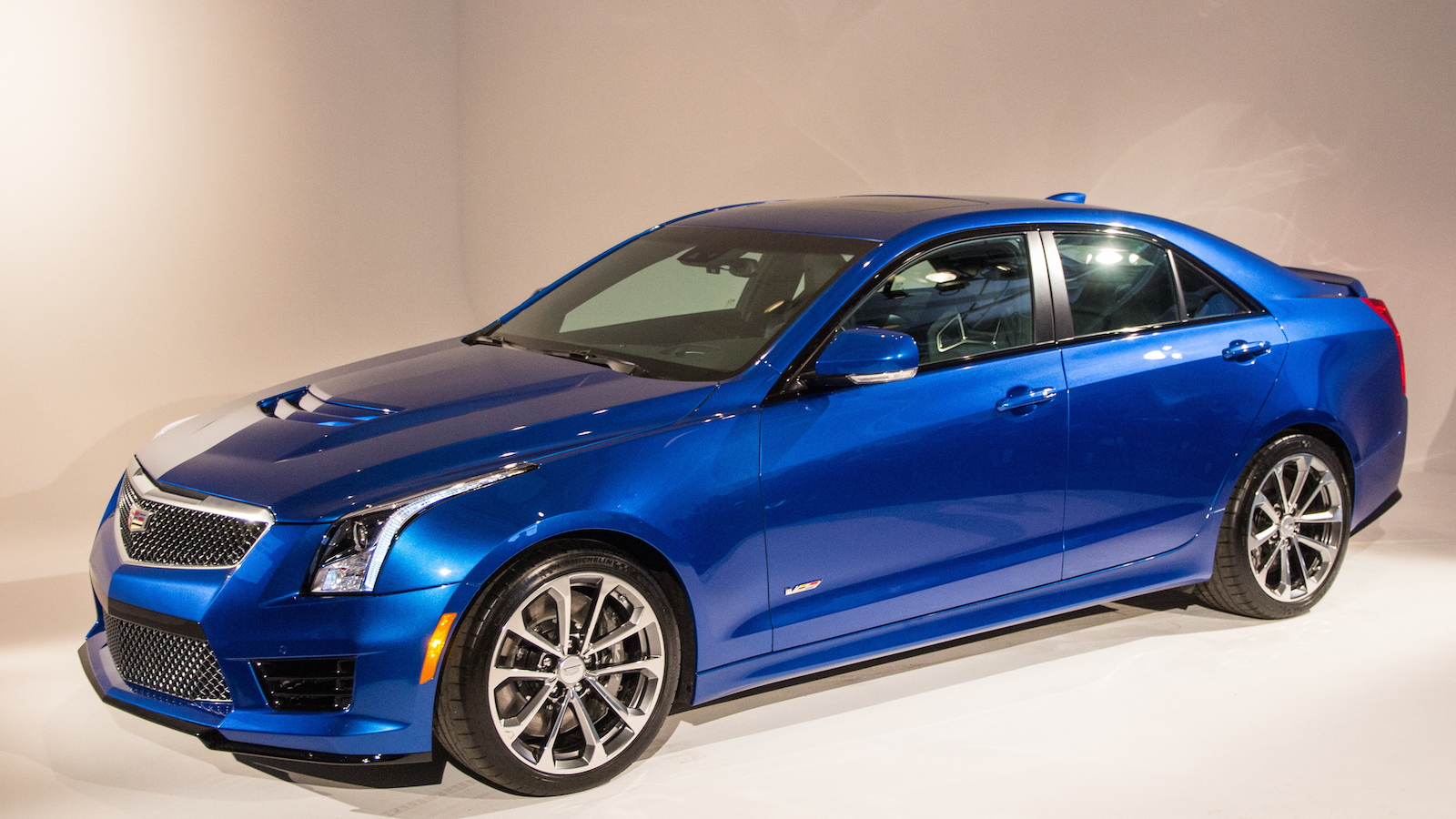 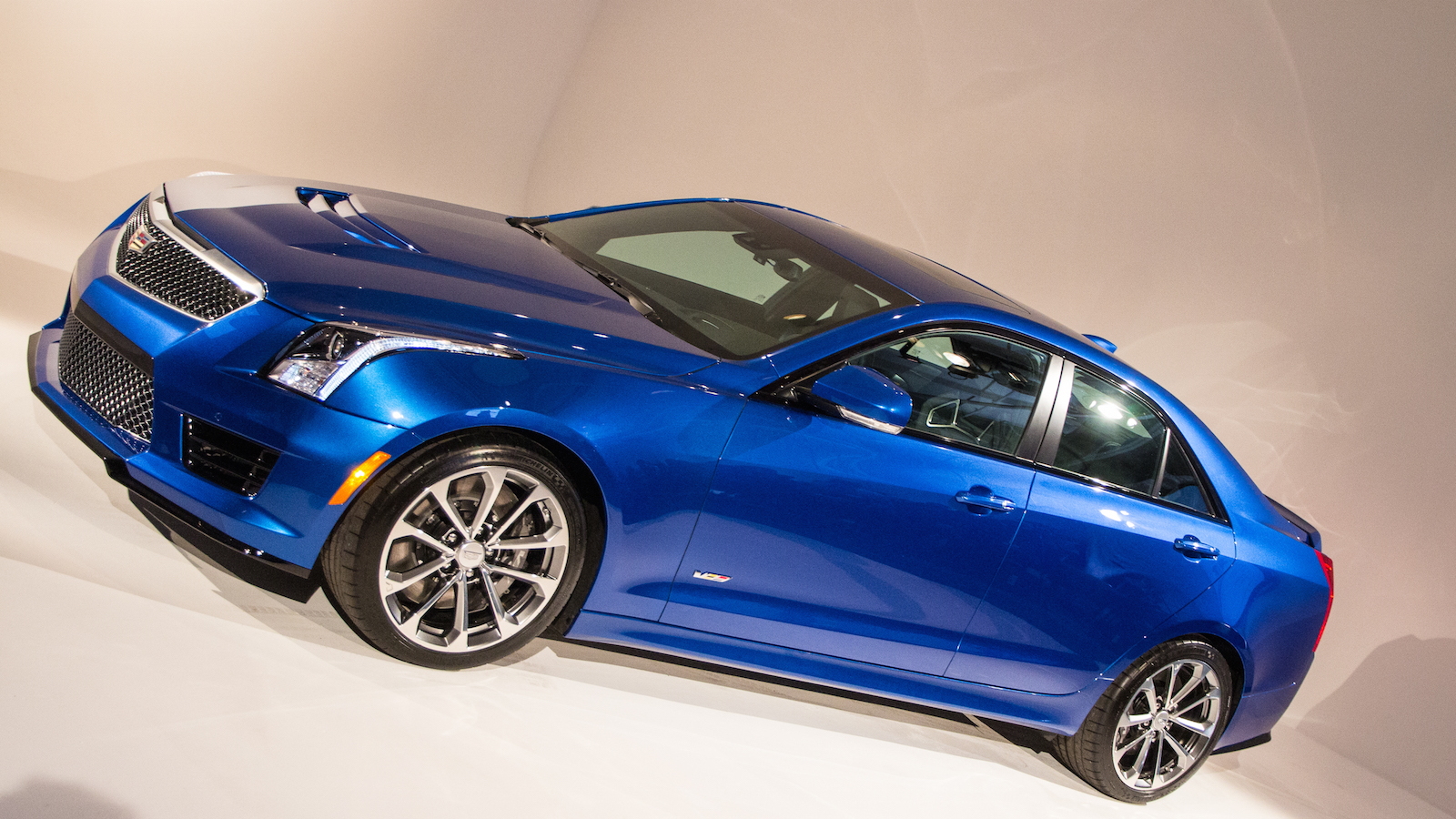 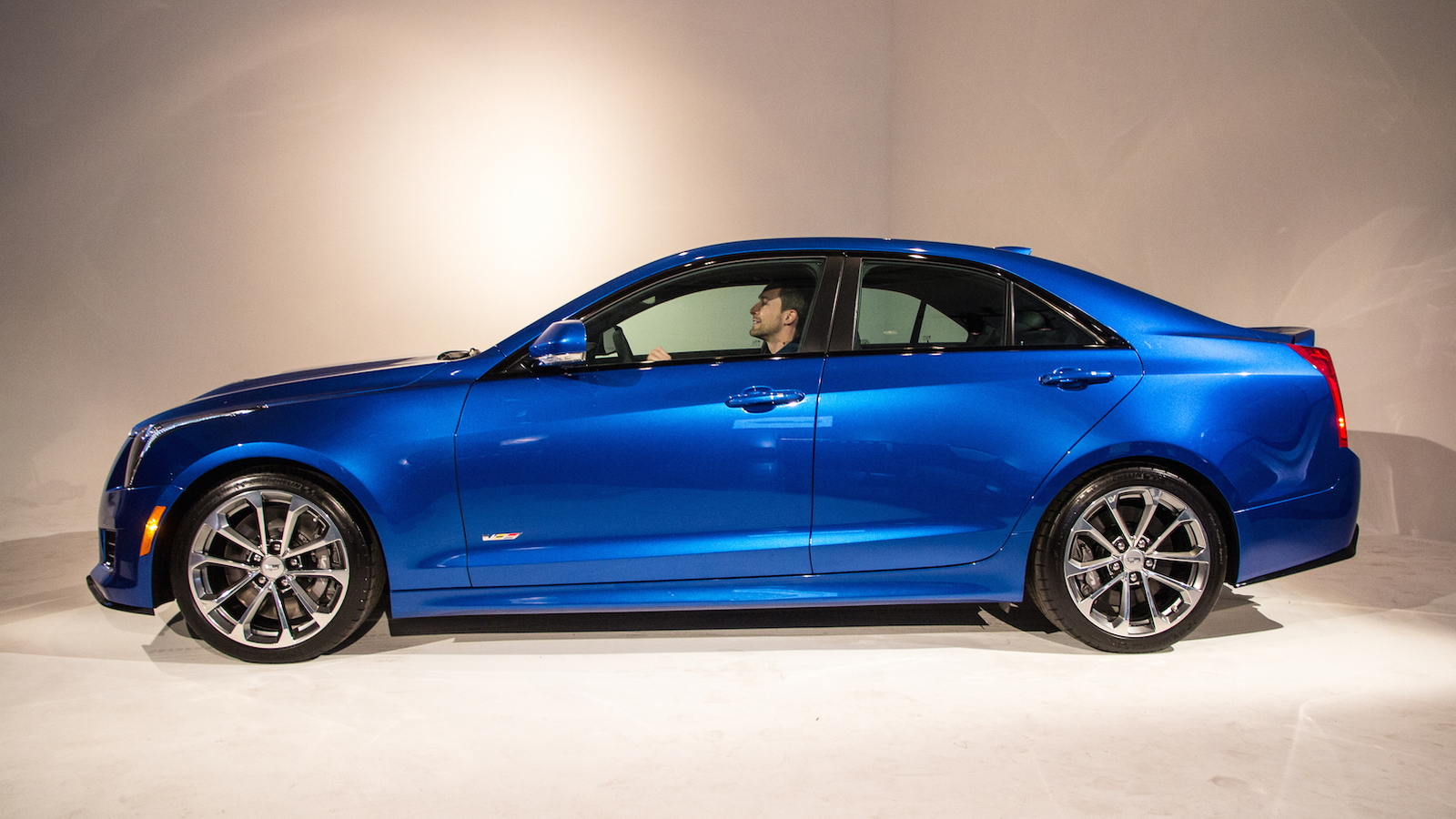 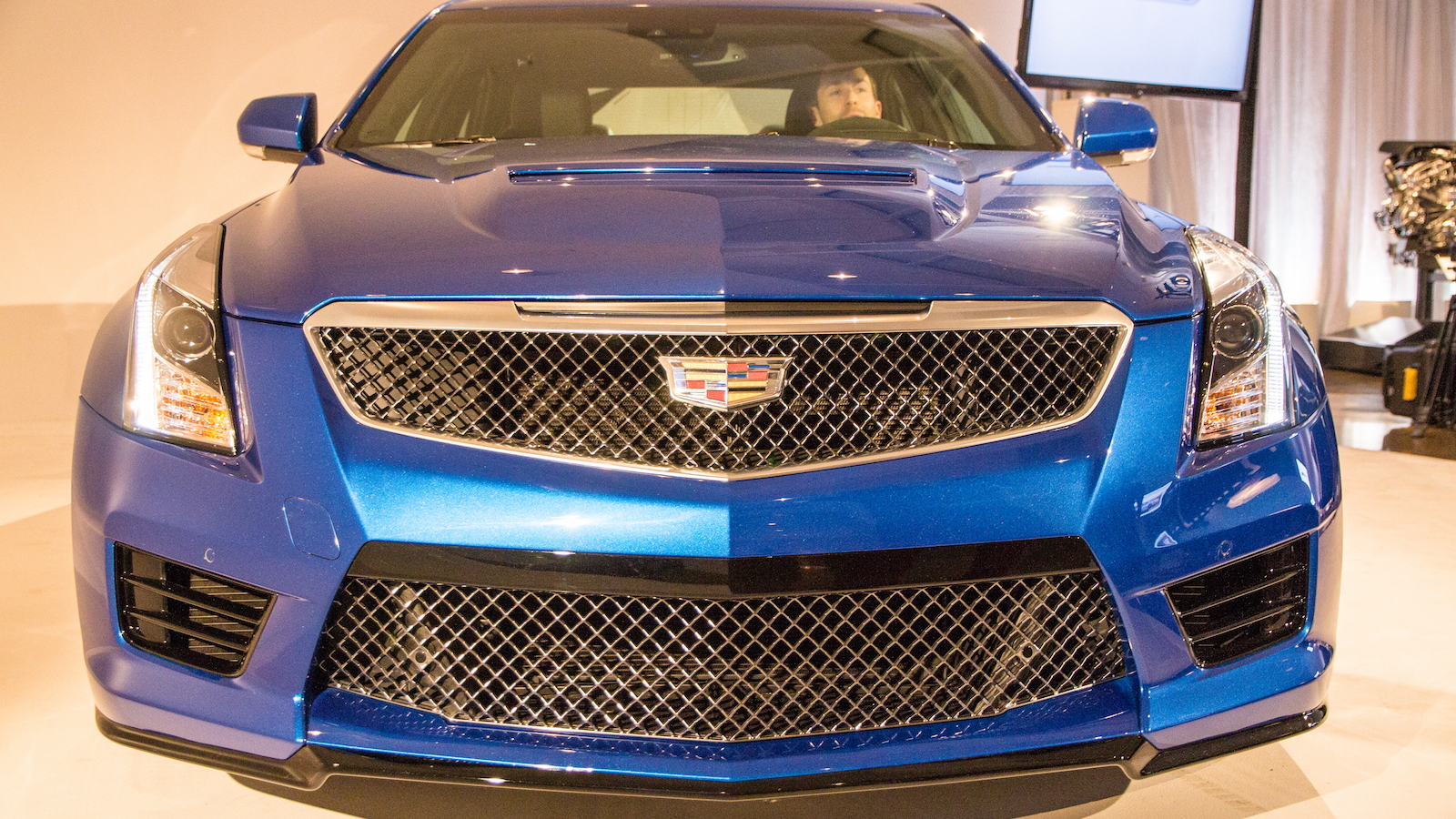 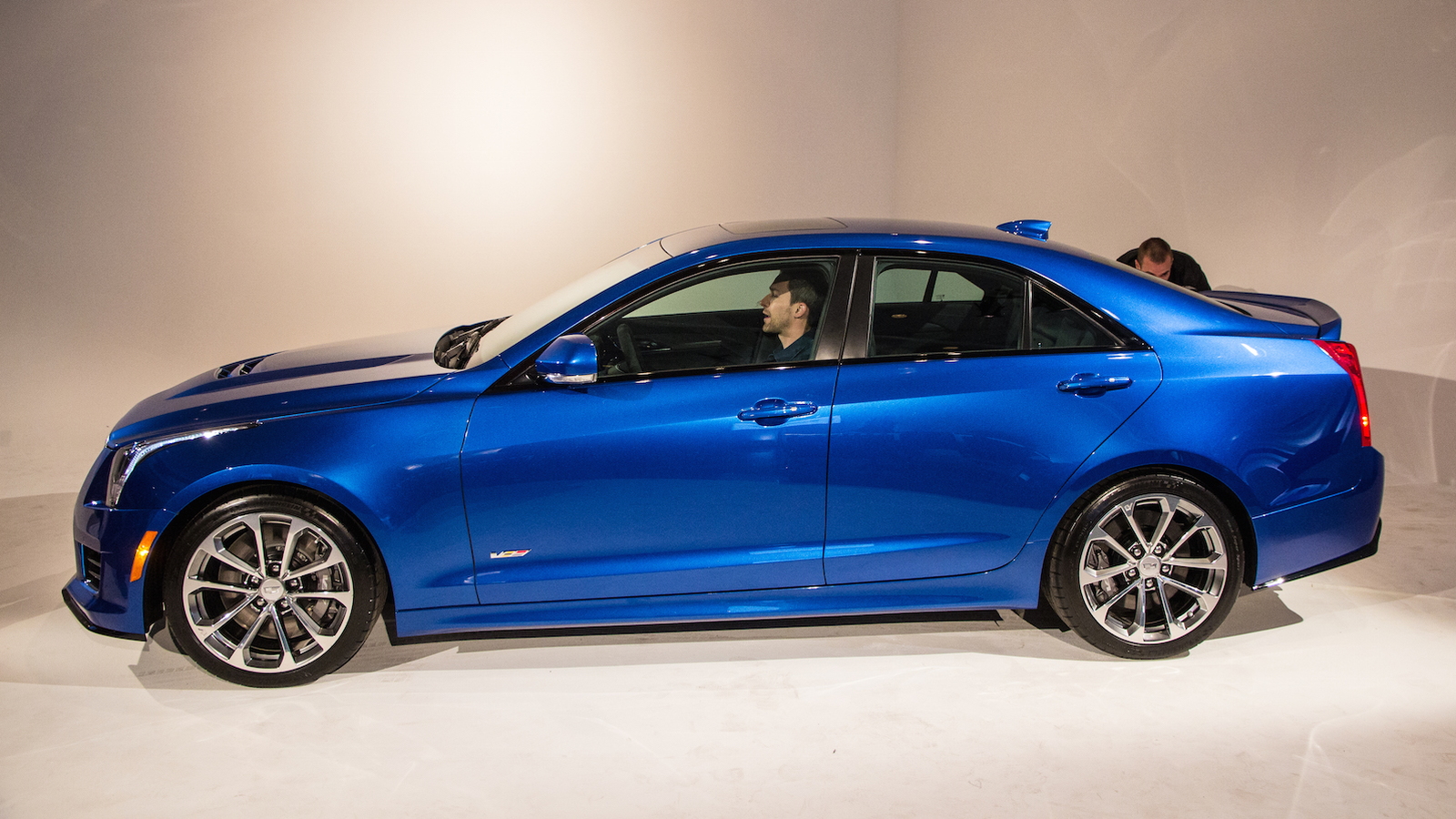 Cadillac’s V-Series is a real competitor for AMG and M cars—and this year, the sub-brand is about to extend to the already brilliant ATS lineup, in the form of the 2016 Cadillac ATS-V.

The stock ATS coupe drivetrains won’t do for the V-Series, so Cadillac’s shoved the twin-turbo V-6 from the CTS Vsport under the hood. In the ATS-V, it’s rated at an estimated 455 horsepower and 445 pound-feet of torque, more than the BMW M3 and M4. Power goes to the rear wheels through either a rev-matching six-speed manual or an eight-speed automatic, and a limited-slip differential is standard.

From a standstill the ATS-V is good for a 0-60 mph run in 3.9 seconds, and it has a top speed of more than 195 mph. Braking is handled by massive Brembos and of course, there’s Magnetic Ride Control with driver-selectable driving modes for touring, sport, and track.

The ATS-V looks the part of a BMW killer, with a massive grille opening to feed more air to the turbocharged engine. The hood is carbon fiber and has a functional vent that pulls hot air out of the engine while reducing lift at speed. Michelin Super Sport tires wrap the staggered 18-inch wheels and out back there’s a large spoiler for increased downforce.

Inside the ATS-V, there are available 16-way-adjustable Recaro front seats with adjustable bolsters and lots of sueded trim. Cadillac’s CUE runs the infotainment features, and there will be carbon fiber and track packages that include the performance data recorder from the Corvette.