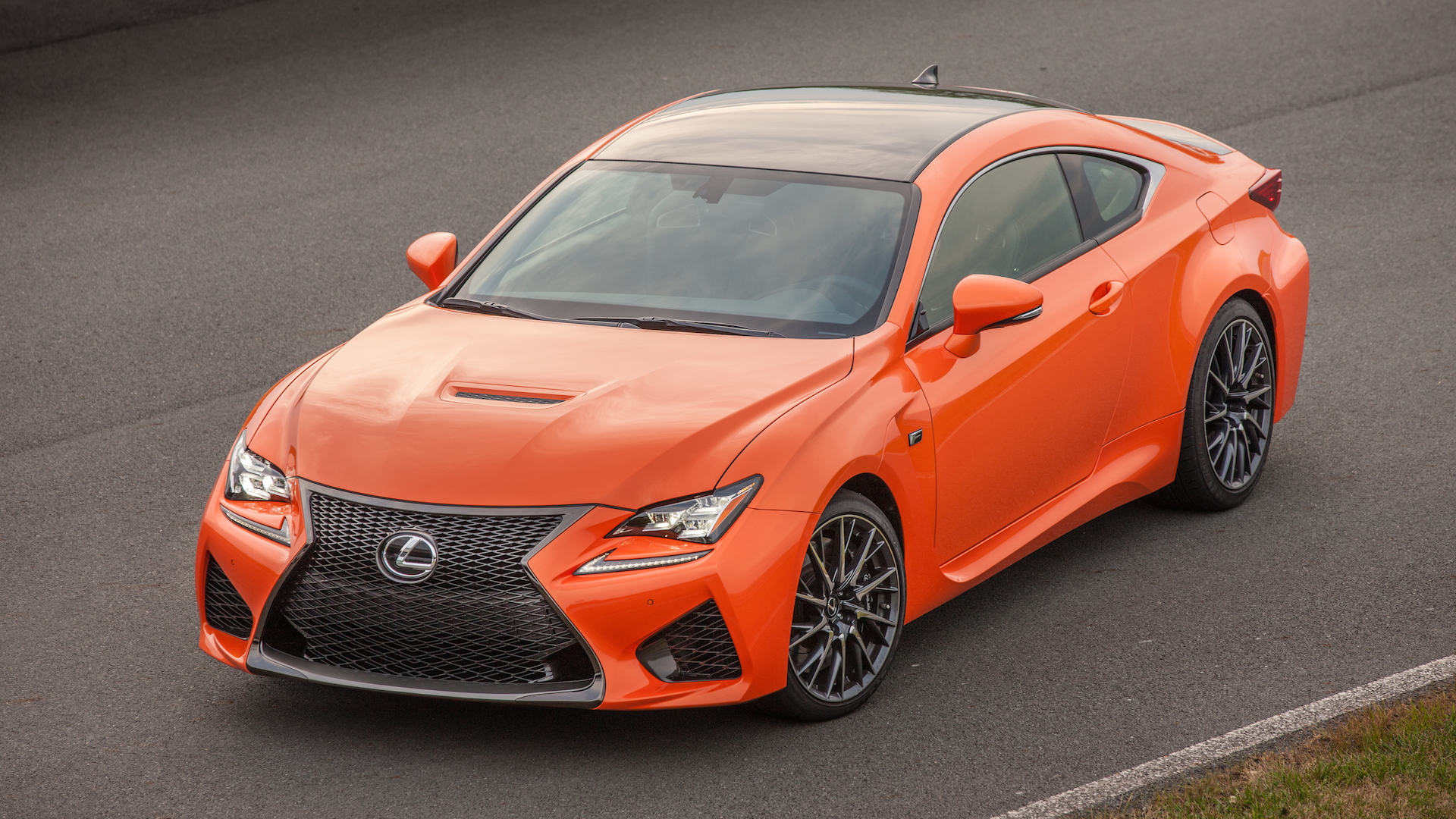 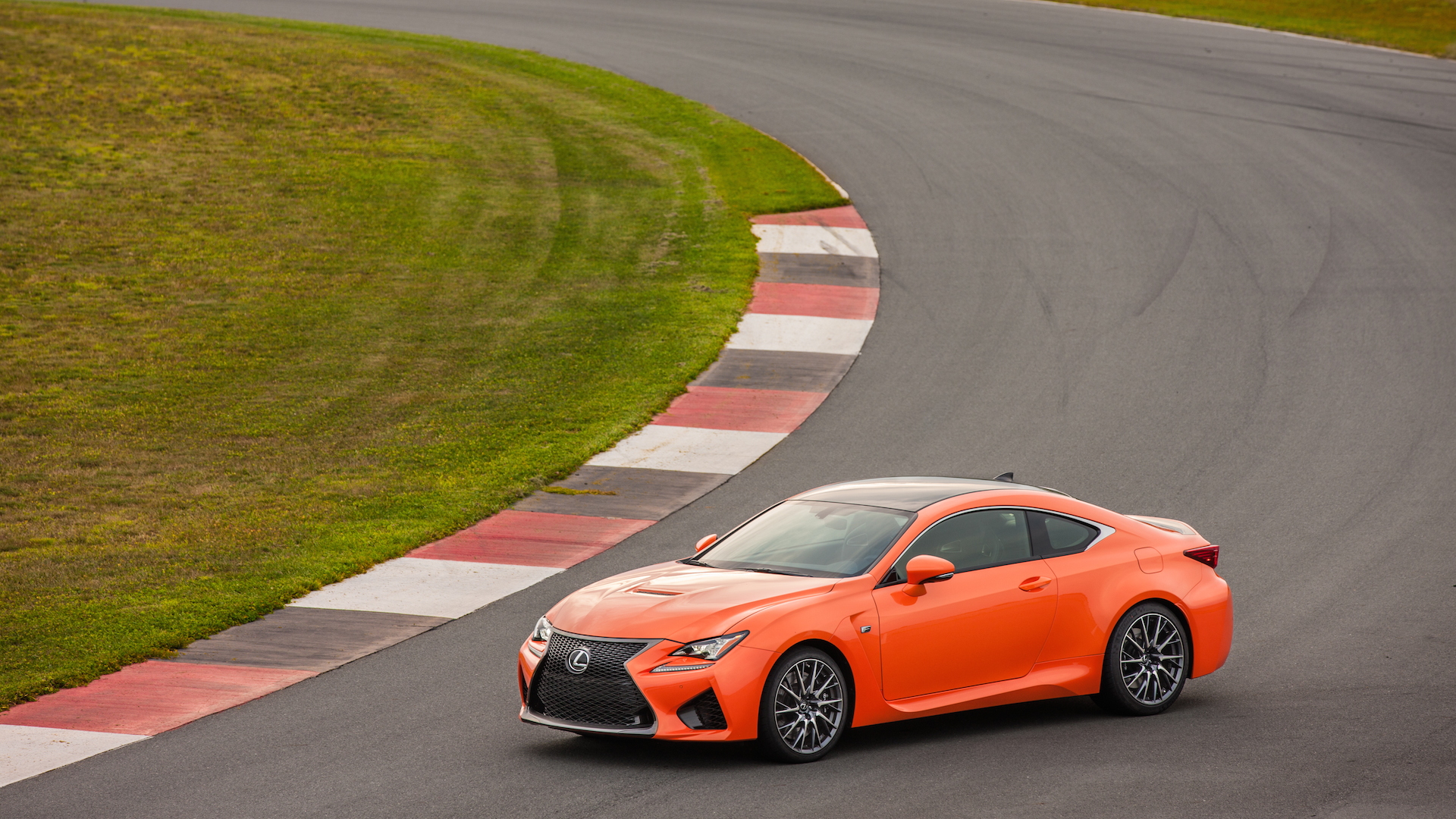 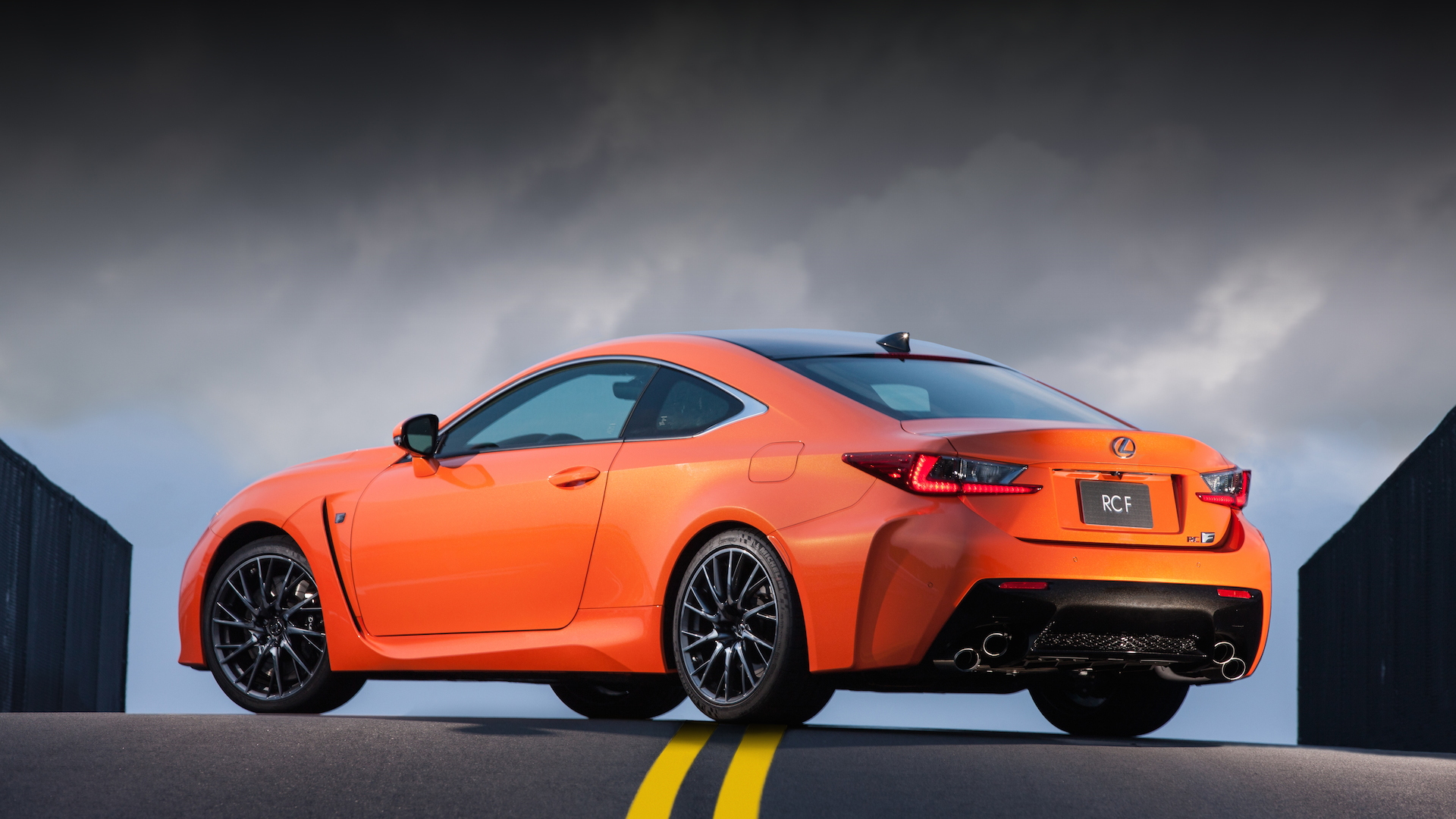 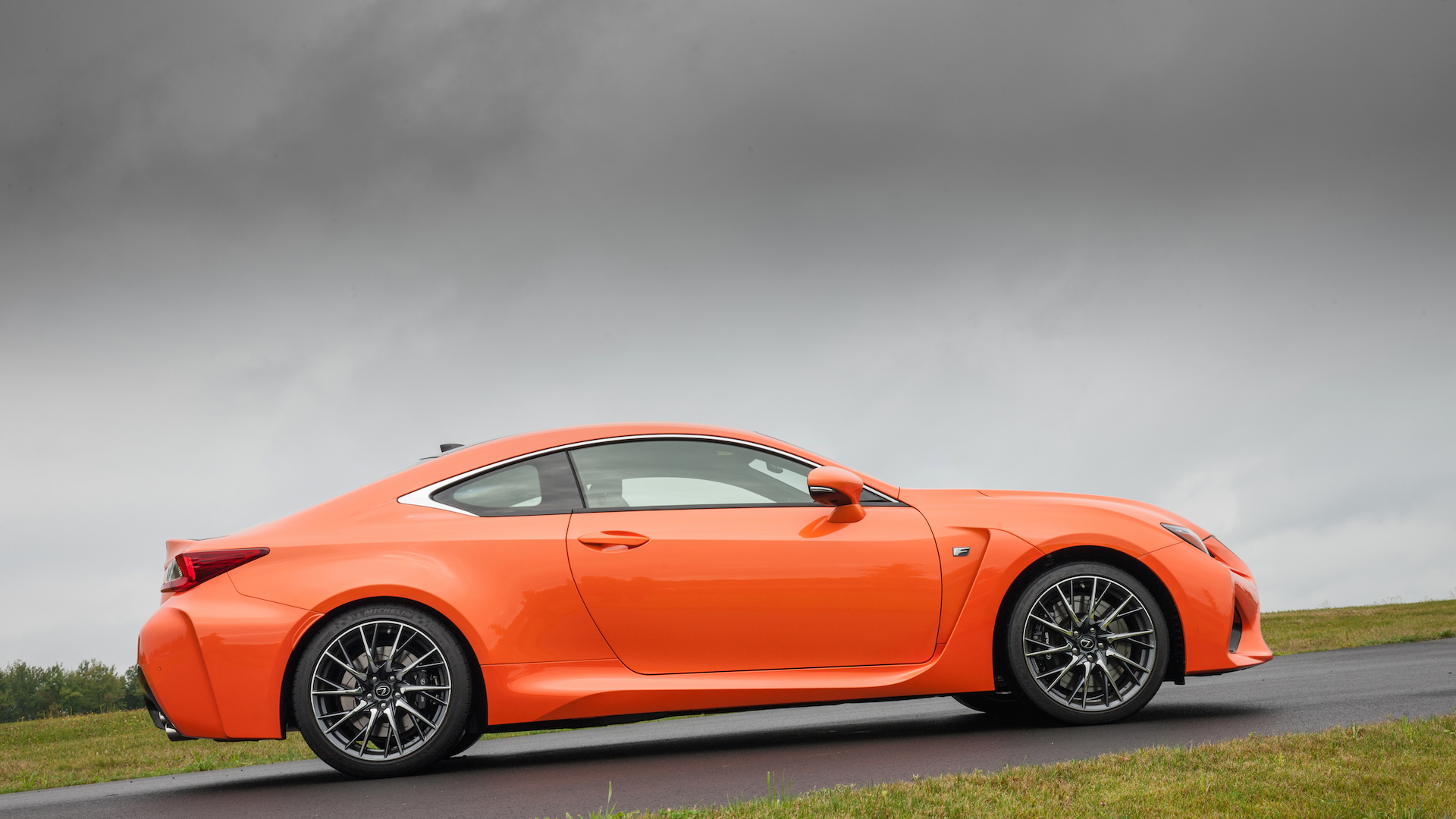 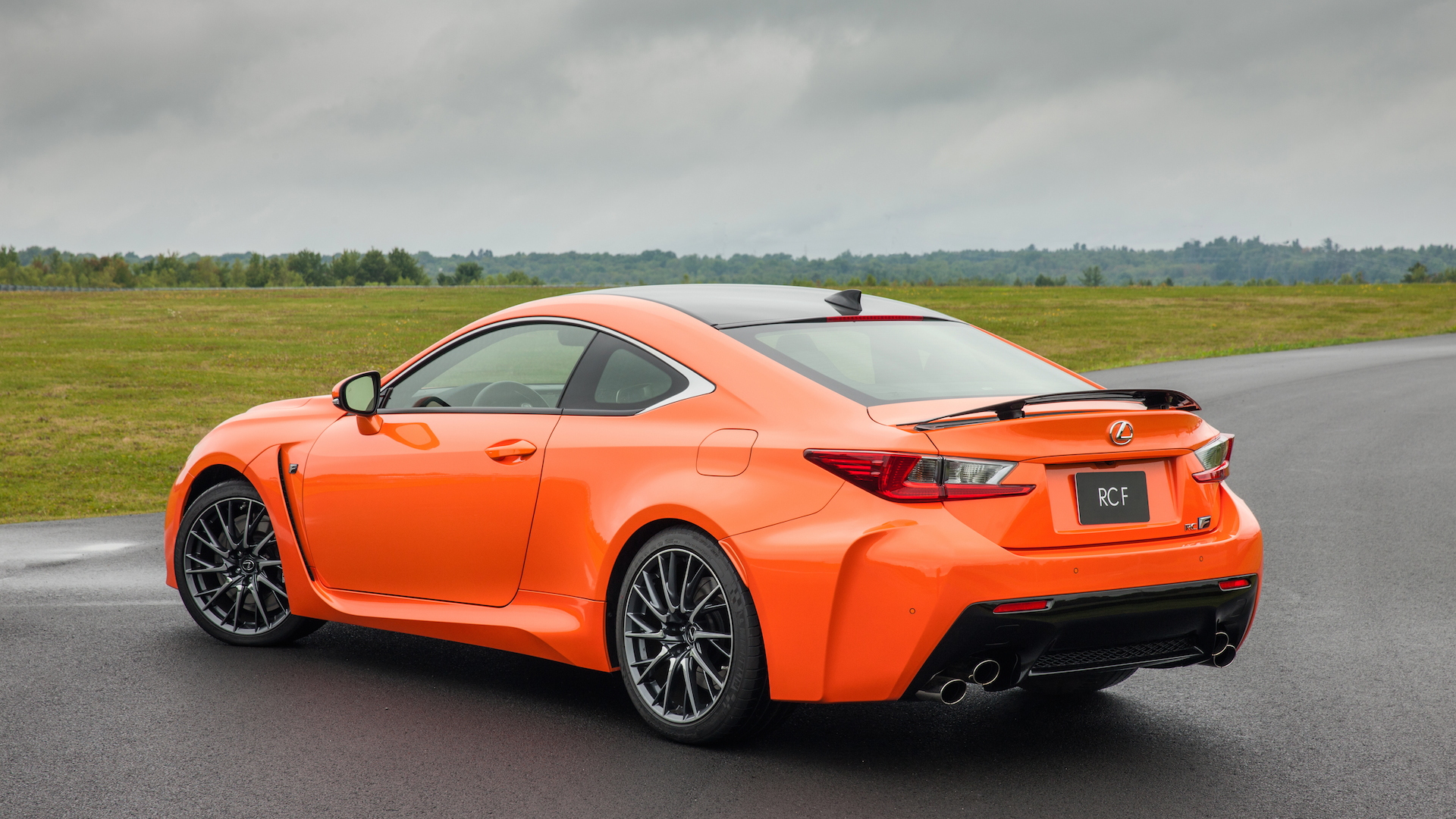 17
photos
Chasing the M3 (or now, the M4) is a favorite pastime for the luxury sports car makers of the world, and while it takes quite a good car to even deserve the comparison, by most accounts, the 2015 Lexus RC F clears that bar. As a result, it’s a nominee for Motor Authority’s Best Car To Buy 2015 award.

Bringing all of Lexus’ considerable post-LFA performance-car knowledge to bear, the RC F coupe is the brand’s biggest effort in the attainable sports car realm to date, and it’s very clearly aimed at BMW.

As Marty Padgett noted in Motor Authority’s first drive of the car, “The RC F is Lexus gone wild, with aero kicks and eight-cylinder barks and electronically controlled everything, as well as a cockpit basically decorated by dropping a box of high-end audio between two seats. It's all in the effort to draw comparison with the mighty BMW M3.”

Of course, to love the RC F, you first have to come to terms with its looks. The new Lexus spindle grille is front and center on the RC F, and it’s there in a big, big way. As Padgett put it, “Look close: it's an Escher-like weave of hundreds of little F-shapes. The strands mesh to lighten up the bulbous nose a little, no mean feat, since it wears the most outrageous Lexus hourglass yet--like it flew into a little black dress at highway speeds.”

But once you’ve taken the dramatic looks into account, there’s the performance to consider, and it’s considerable. A 5.0-liter V-8 sits under the hood, cranking out 467 horsepower and 389 pound-feet of torque. That’s substantially more horsepower, but less torque, than BMW’s M3 and M4. While the V-8 sounds great all on its own, Lexus, like BMW and a few other carmakers, has gone down the road of piping some of the sound into the cabin through the speakers, synthesizing its note.

Synthetic sound or not, however, the RC F is quick and potent. “This burly V-8 is all about hustle. There's not the same explosive force as the twin-turbo BMW, just mighty oomph,” wrote Padgett in our first drive review. “Zero to 60 mph hits in about 4.4 seconds, and the RC F redlines at 7300 rpm. It's two ticks quicker than the IS F--but a boosted M4 will skitter to 60 mph in 3.9 seconds. The RC F's top speed has been electronically limited to 170 mph.”

To handle all of that power is a sophisticated stability and traction control system. With Normal, Sport, and Expert modes on tap (the last turns off traction control), plus another mode that turns all computer assistance off entirely, there’s an option for everyone—but Lexus insists even the best drivers will find their best times in Sport or Expert modes.

Power and traction are all well and good, but how does the RC F handle? Quite well, it turns out, despite its significant curb weight. Padgett explains, “Straight off the bat, slipping out of Monticello's pits, the RC F feels as settled as it does on public roads--where frankly, it outshines an M4 or even a 4-Series Coupe with M Sport add-ons. It has a lighter touch on the pavement, almost underdamped in the way it springs slightly over small bumps. It's beyond the first wide left-handers where the differences with an M4 clear up, where the BMW asserts better suspension development and especially, steering accuracy.”

With all of these comparisons to the BMW M3 and M4—also nominated for this year’s Best Car To Buy award—it’s clear that the Lexus RC F has a real chance to take the overall win. Find out more about each of the 15 nominees during the run-up to our official announcement of the winner on November 10th. The question is simple; the answer is anything but. How do you determine one car is better than t... in Motor Authority Polls on LockerDome