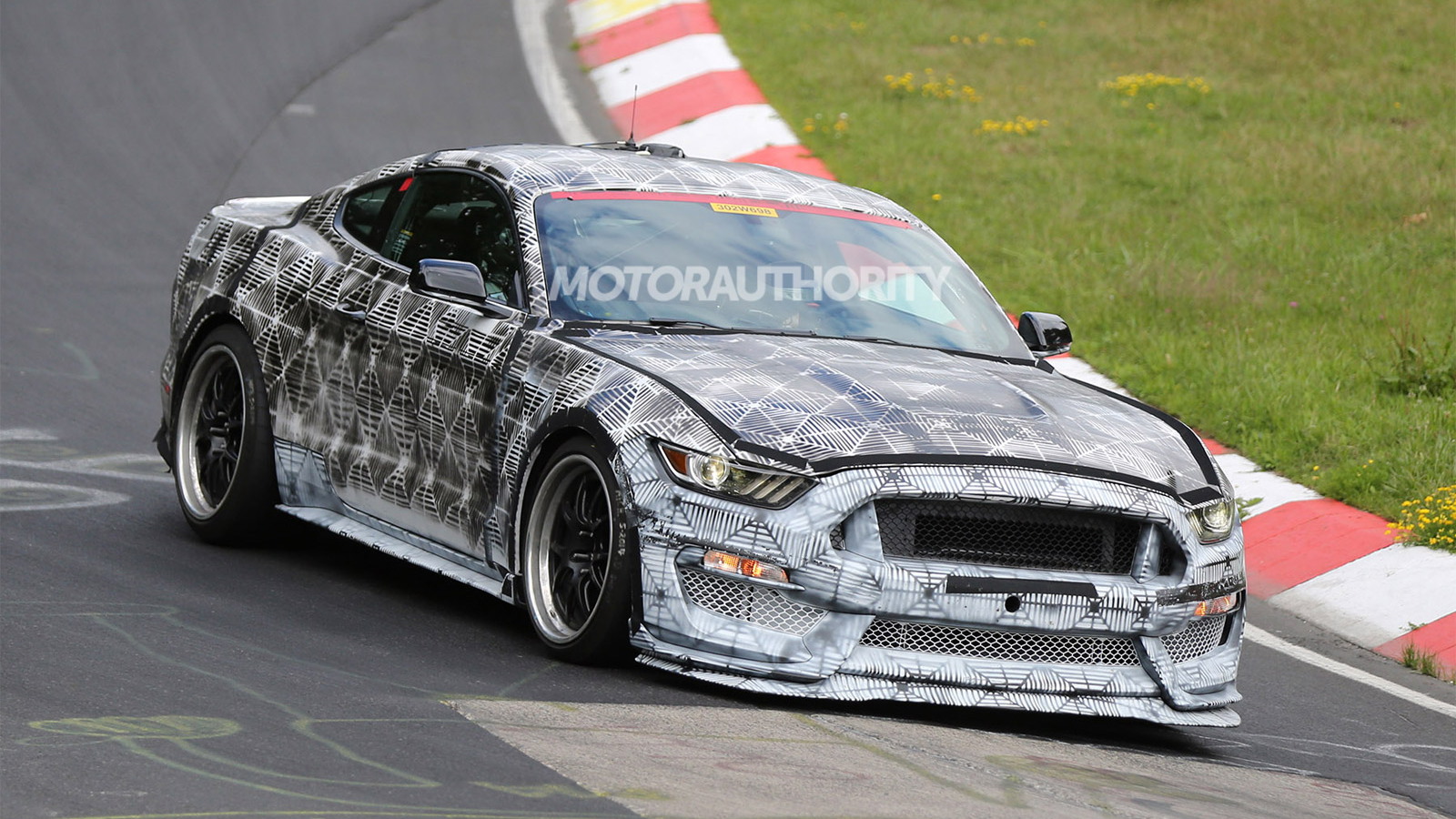 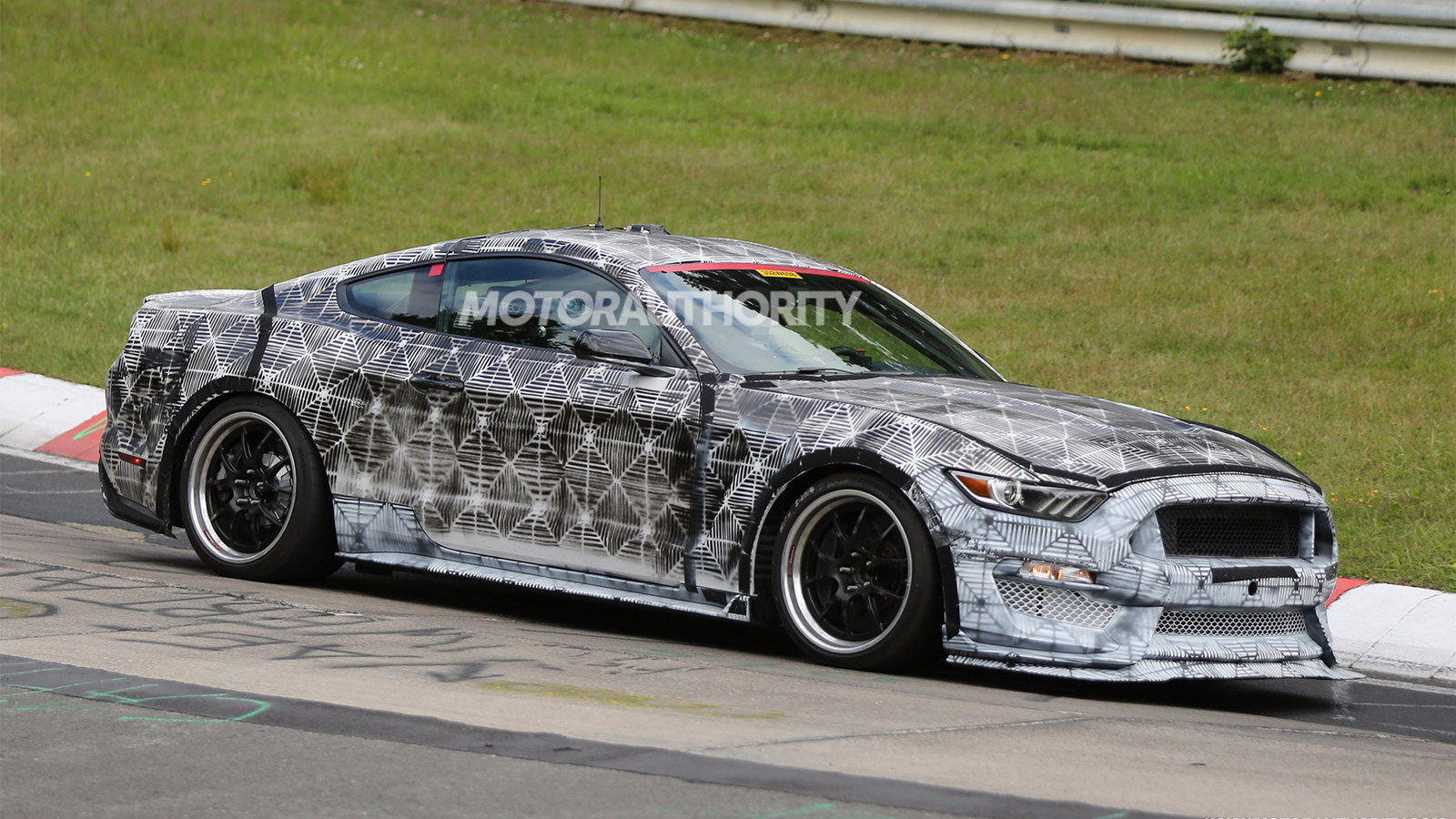 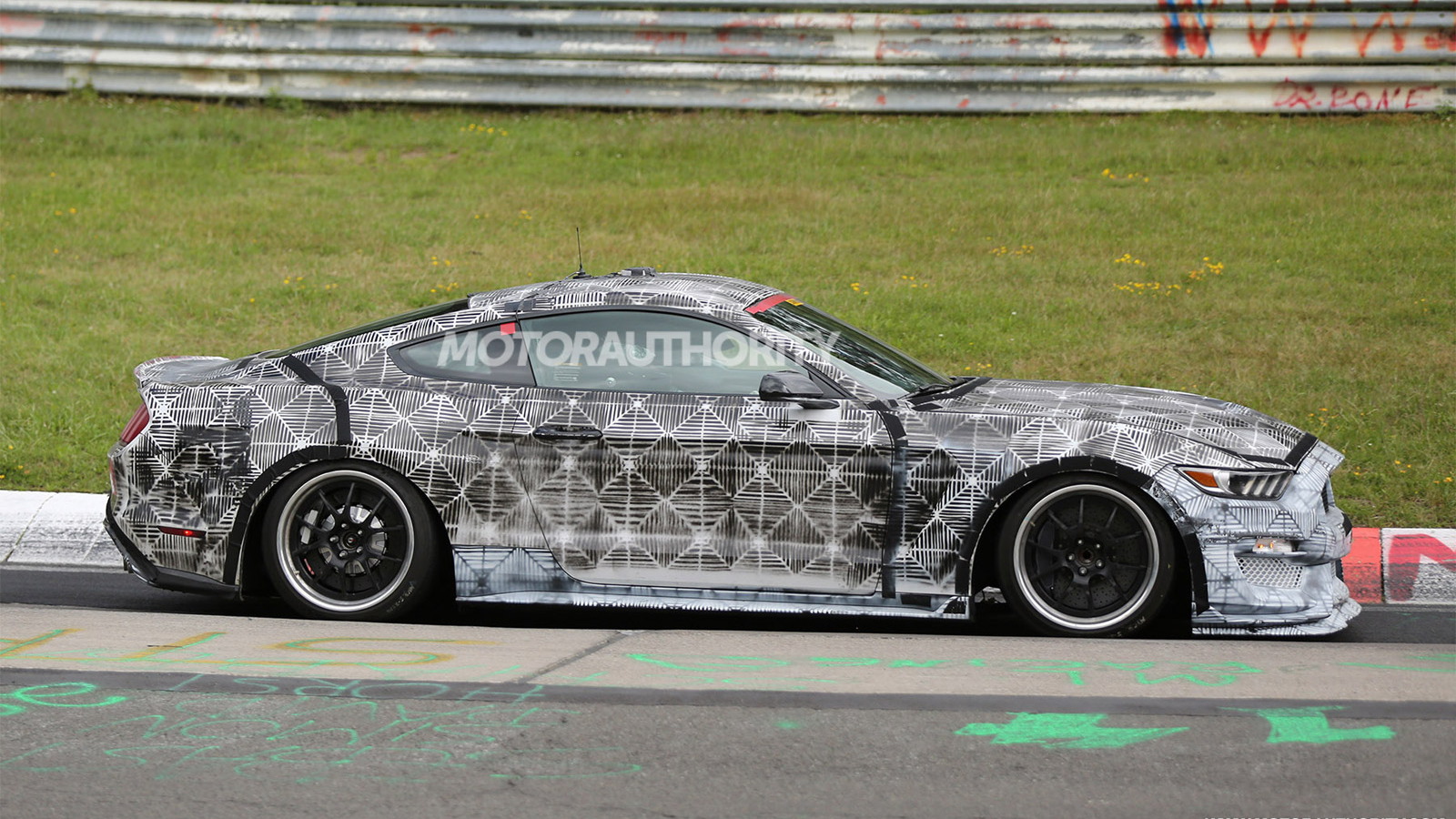 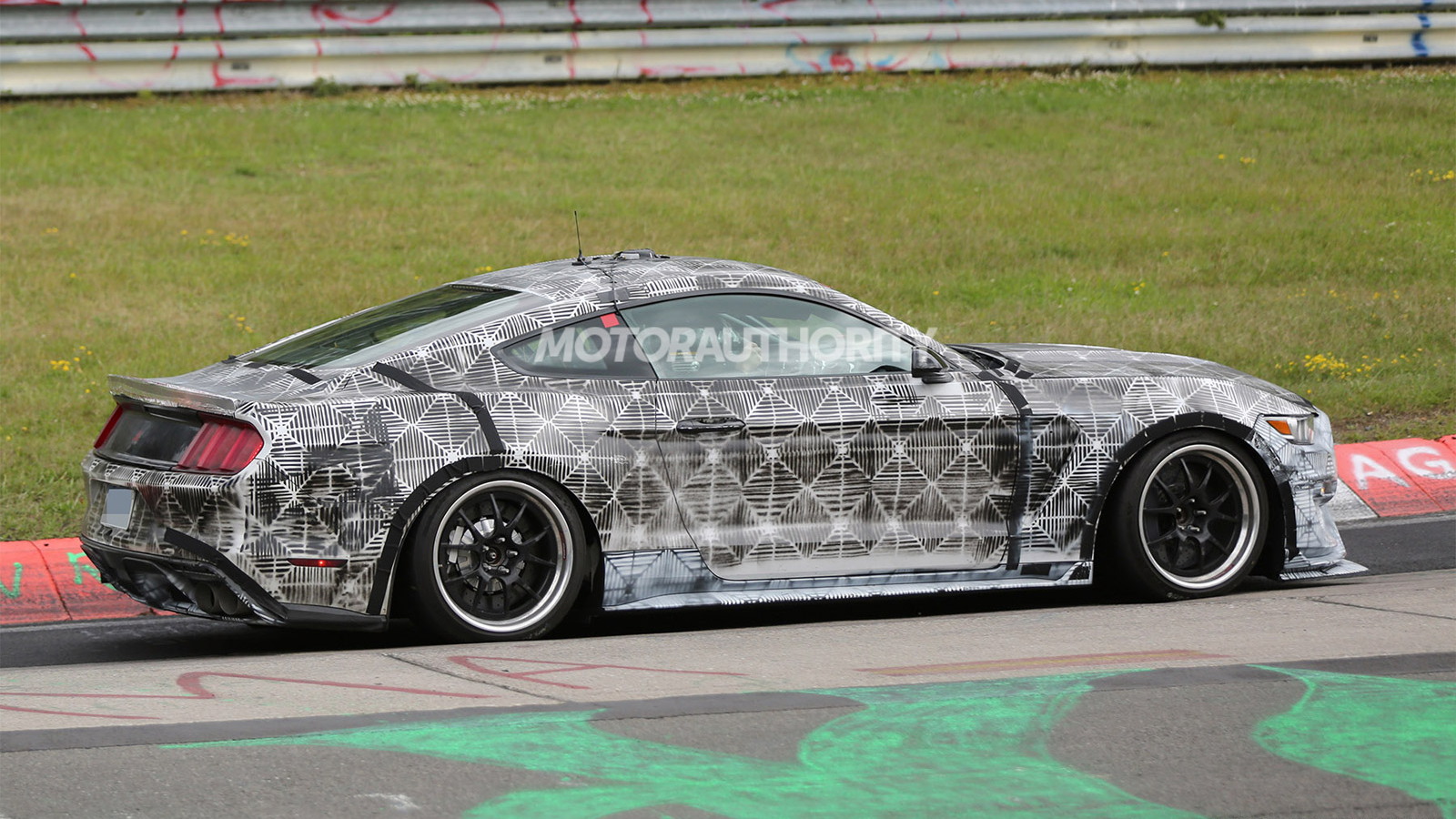 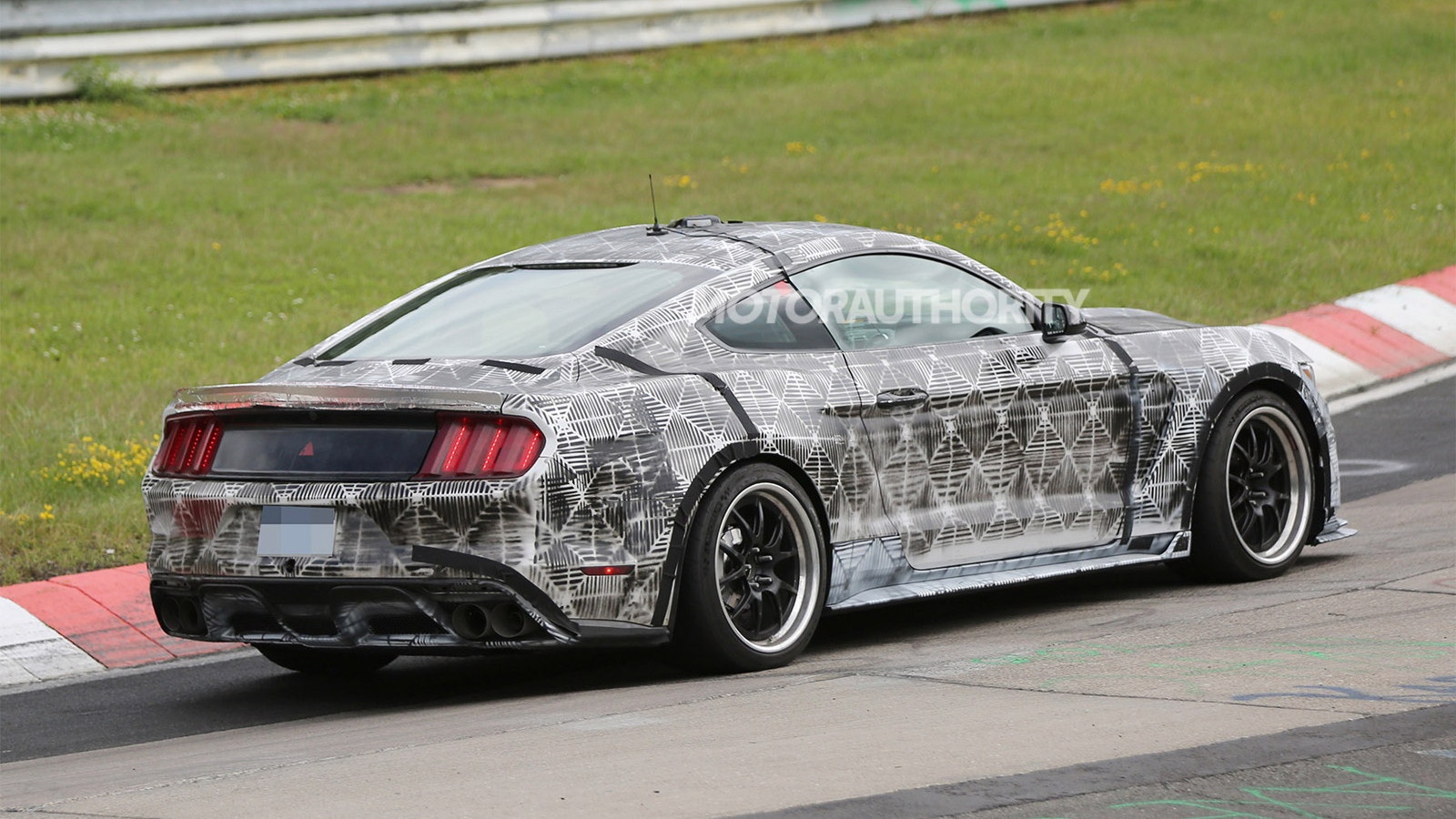 14
photos
The sixth-generation Ford Mustang recently entered production, but engineers are still testing a high-performance variant of the new muscle car that we’re expecting to be launched on the market sometime next year. Not much is known about the new Mustang variant but it’s believed the car will wear the GT350 badge and be a track-focused model like the previous Boss 302.

We do know the car is being developed by Ford Motor Company’s [NYSE:F] own SVT performance division, and that it will feature a V-8 engine. Now, Motor Trend has some dug up some details on the engine, which the magazine claims will be a unique 5.2-liter V-8 fitted with a flat-plane crankshaft.

Flat-plane V-8s are common in motorsport but they’re rarely used in production cars (Ferrari is an exception) because most flat-plane engine designs tend to produce low torque down in the rev range. They also tend to be noisier and a bit rough compared to rival cross-plane designs. Barring the noise issue, Ferrari has shown that the shortcomings of the flat-plane design can be overcome—any doubters should take a spin in the 458 Italia—and it looks like Ford’s engineers will do as well in the very near future.

According to Motor Trend’s sources, the V-8 destined for the new Mustang GT350 will feature a vibration damper on its crankshaft to aid smoothness. This, however, has reportedly led to issues with some of the engine’s other features, which in turn have required beefing up. With all the modifications onboard, the engine is said to be now capable of spinning reliably at upwards of 7,500 rpm. While it’s too early to talk output, Motor Trend says we could be looking at close to 600 horsepower and 430 pound-feet of torque!

As mentioned, the Mustang GT350 will be the track-focused version of the new Mustang, meaning it will target Chevrolet’s Camaro Z/28. Other upgrades for the car that we gleaned from prototypes include very different exterior treatment, with a host of aerodynamically effective spoilers and lips, a diffuser, numerous vents, and a much wider stance thanks to flared fenders. A completely revised, track-worthy suspension setup and some serious weight-saving mods are also likely.