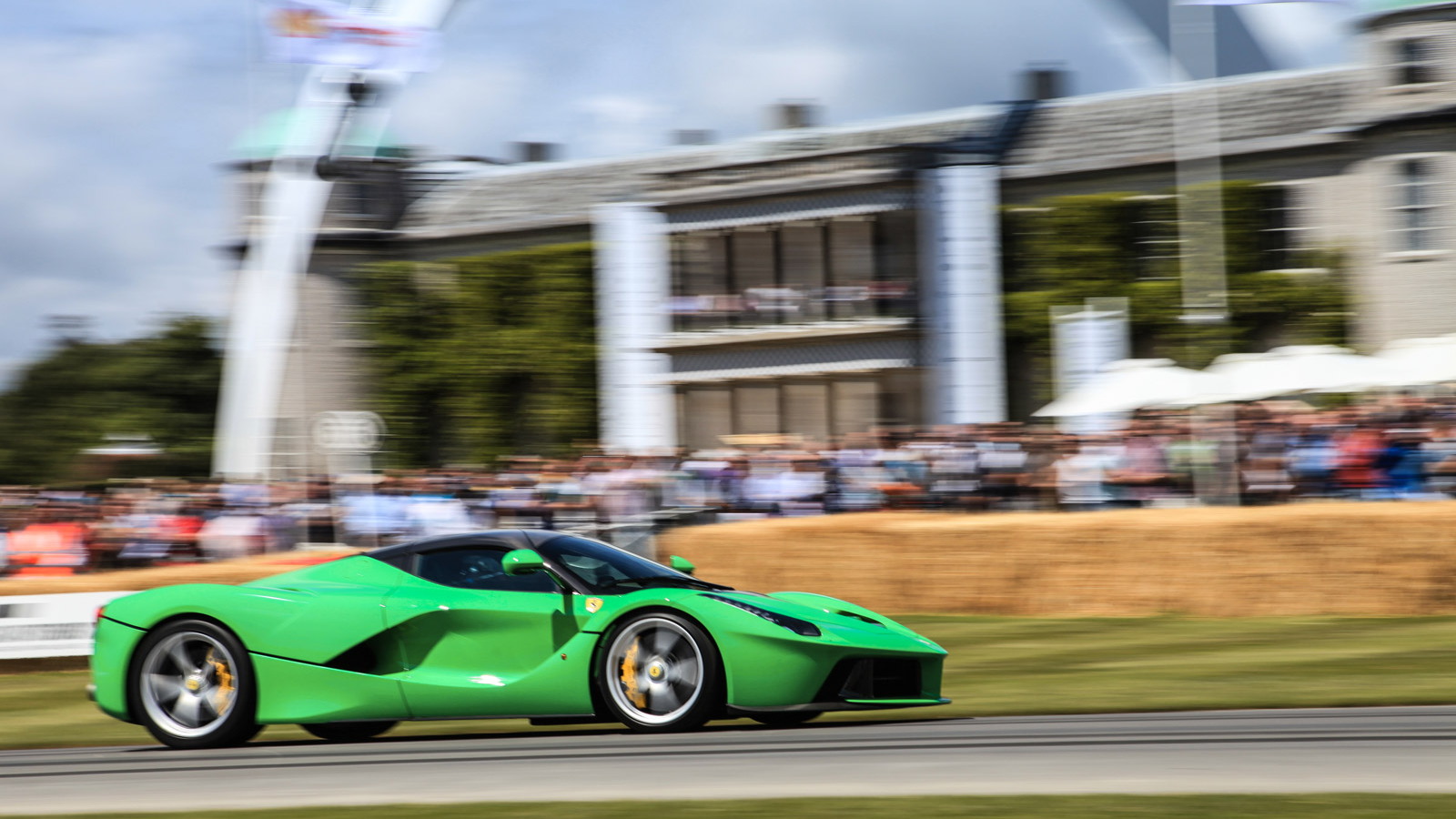 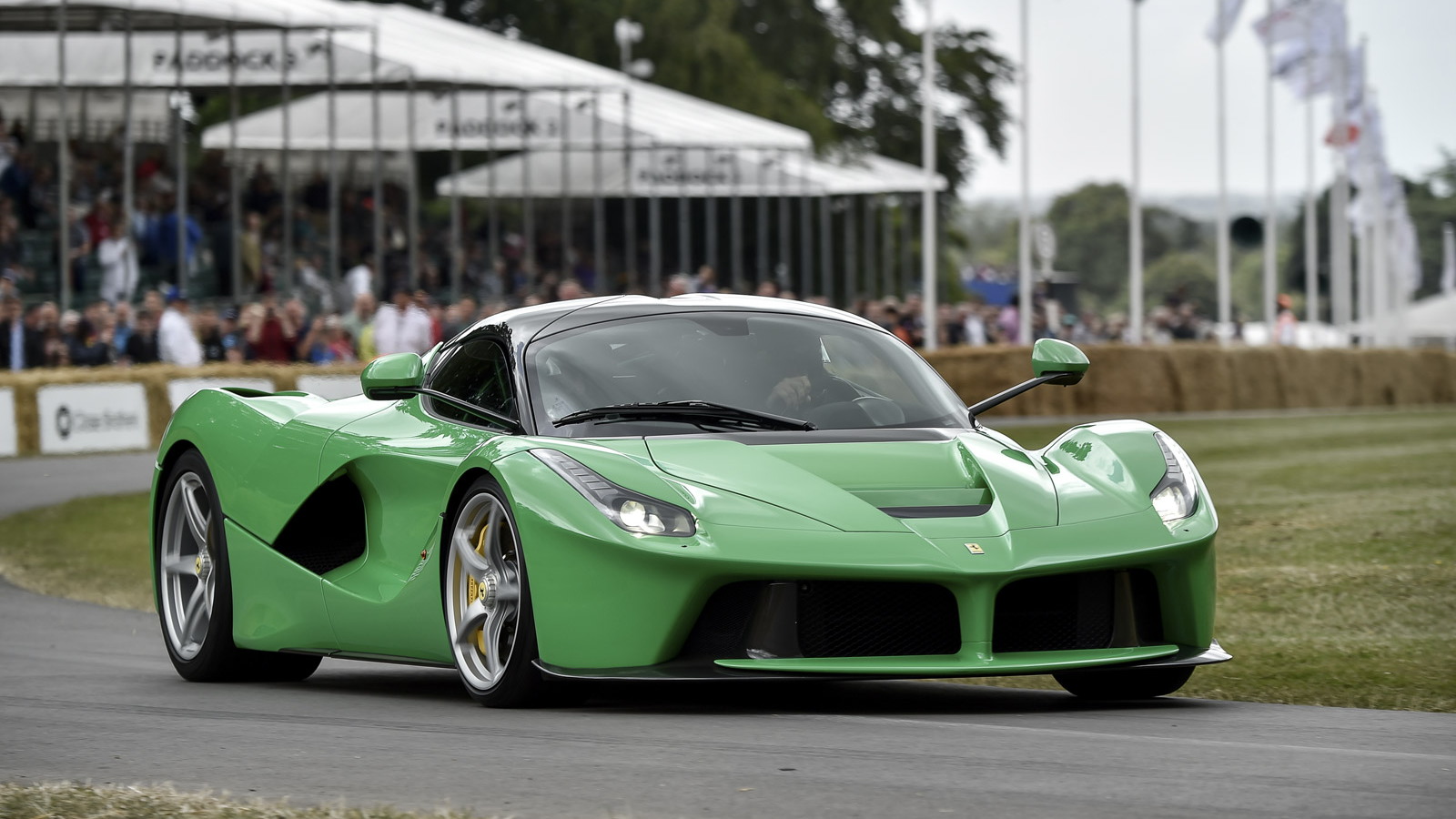 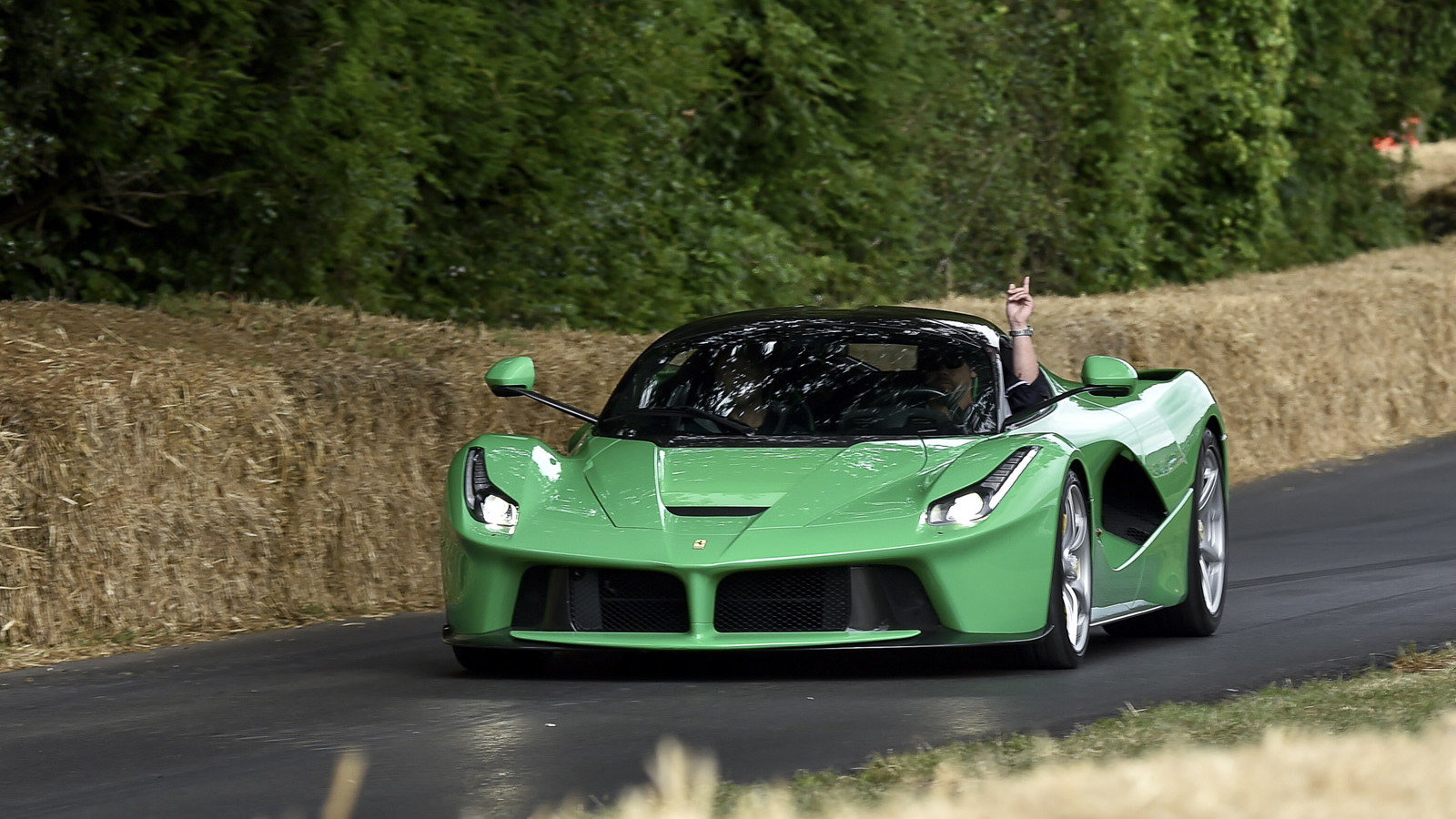 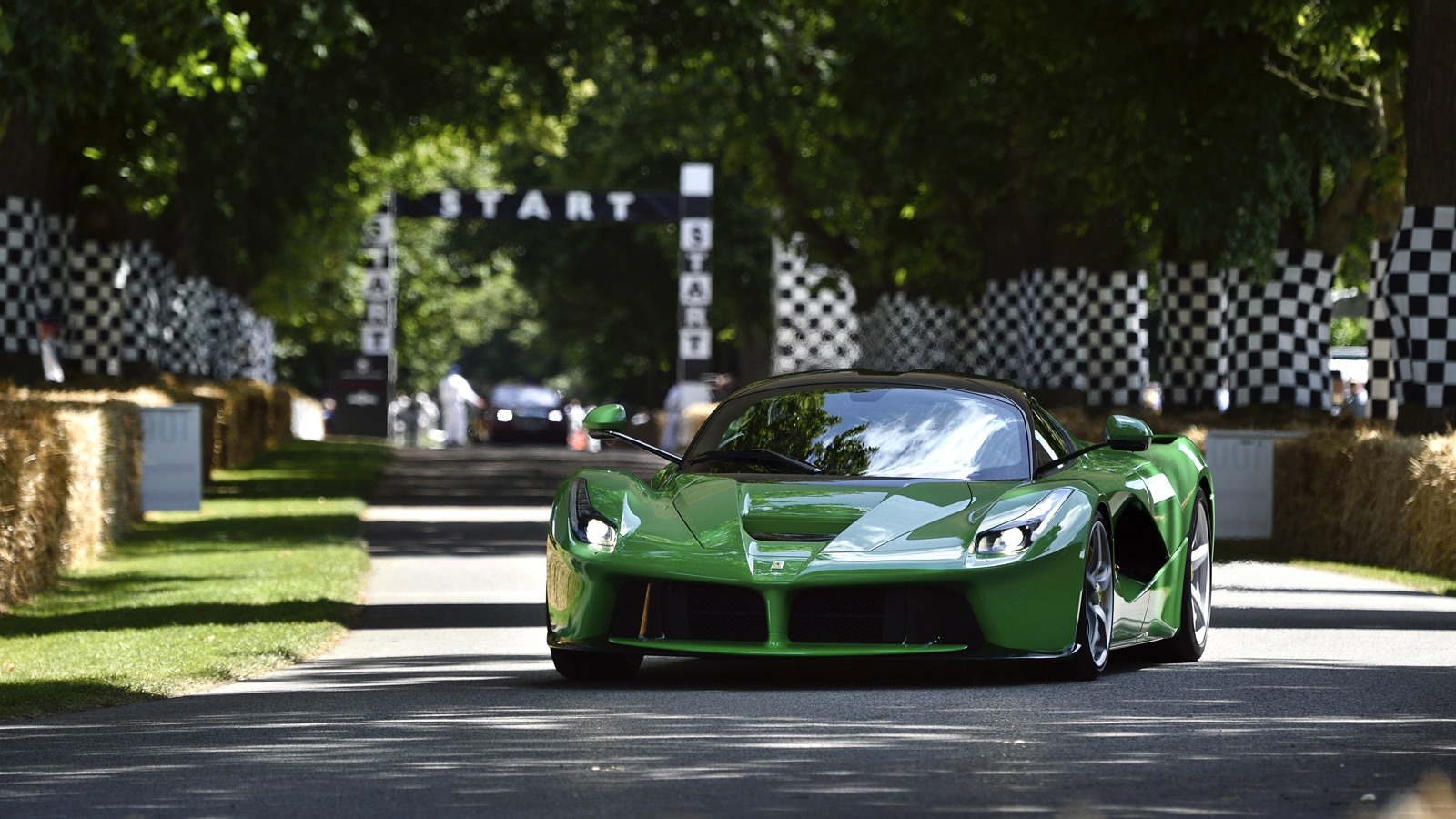 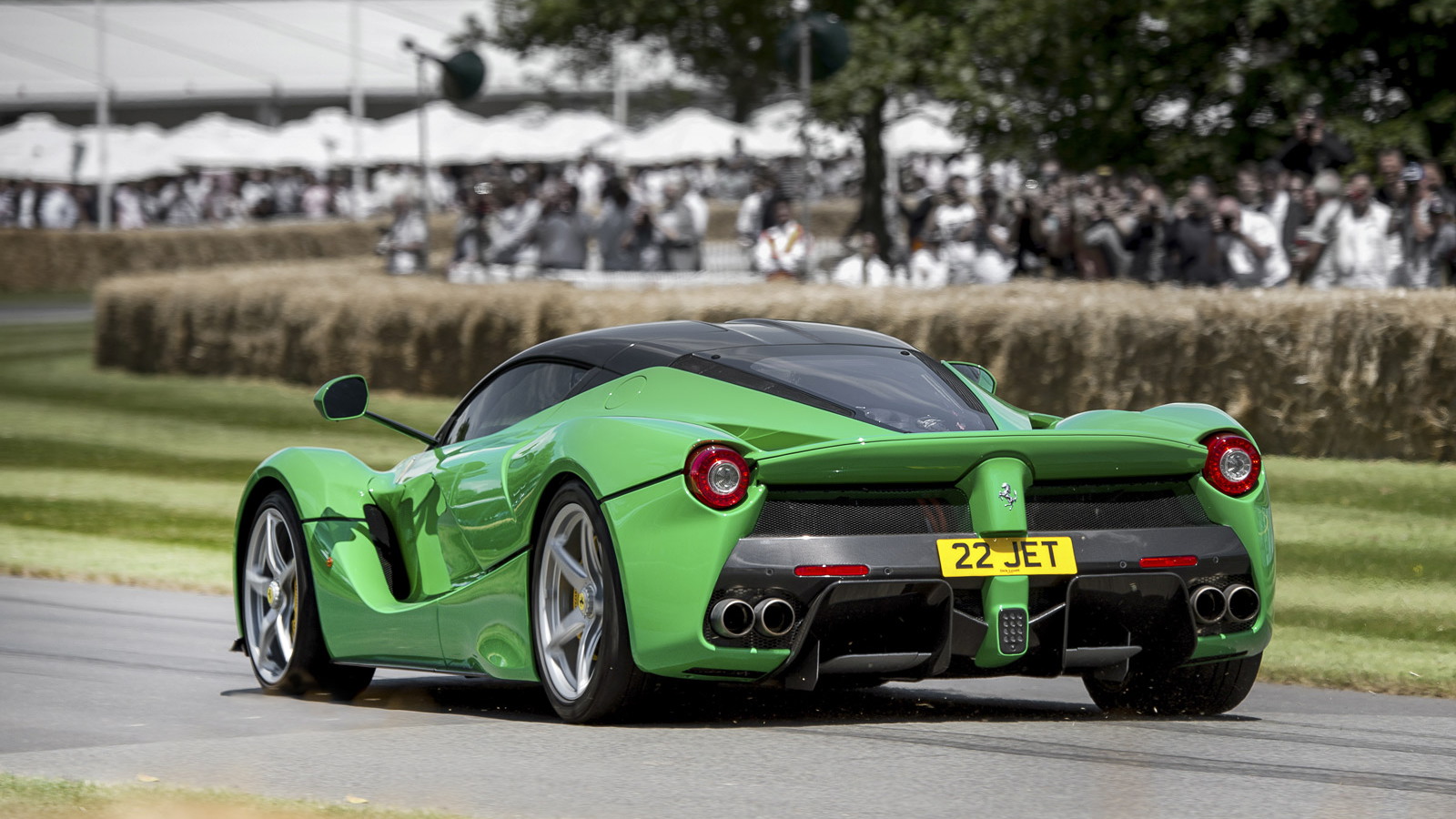 46
photos
Over the weekend, Ferrari took part in the 2014 Goodwood Festival of Speed and brought a number of past and present models as well as some very special cars. One of the highlights was the green LaFerrari of Jamiroquai lead singer Jay Kay, who in the video above gives us some details about his massive car collection, which now spans 100 vehicles, and why he chose the unique green shade for his latest acquisition. Also on show was the one-off F12 TRS developed by the Special Projects division, as well as Ferrari’s regular lineup consisting of the California T, 458 Speciale, FF and F12 Berlinetta.

Ferrari’s road cars aside, there was also plenty of action from Scuderia Ferrari’s single-seaters and their drivers. Spanish Formula One driver Pedro de la Rosa, now an official Ferrari development driver, drove up Goodwood’s famous hill climb in the F60, Ferrari’s F1 car from the 2009 season, while current F1 star Kimi Räikkönen also made a special appearance. The Finn was there to celebrate the 50th anniversary of John Surtees’ F1 World Championship—the two drivers drove the cars in which they won their World Championships: Surtees in his 1964 158 F1 and Räikkönen in his F2007.

To see other highlights from the 2014 Goodwood Festival of Speed, head to our dedicated hub.