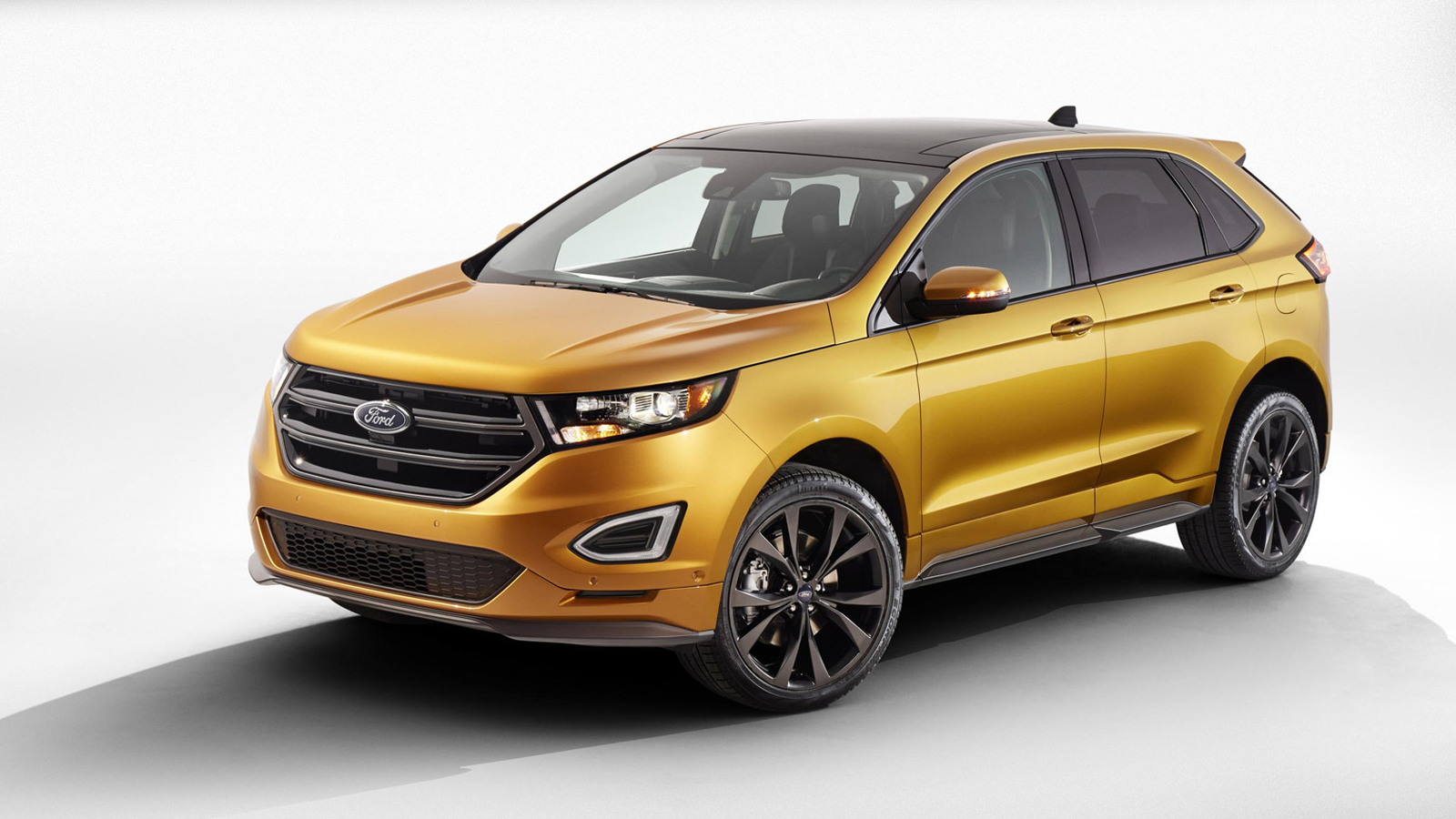 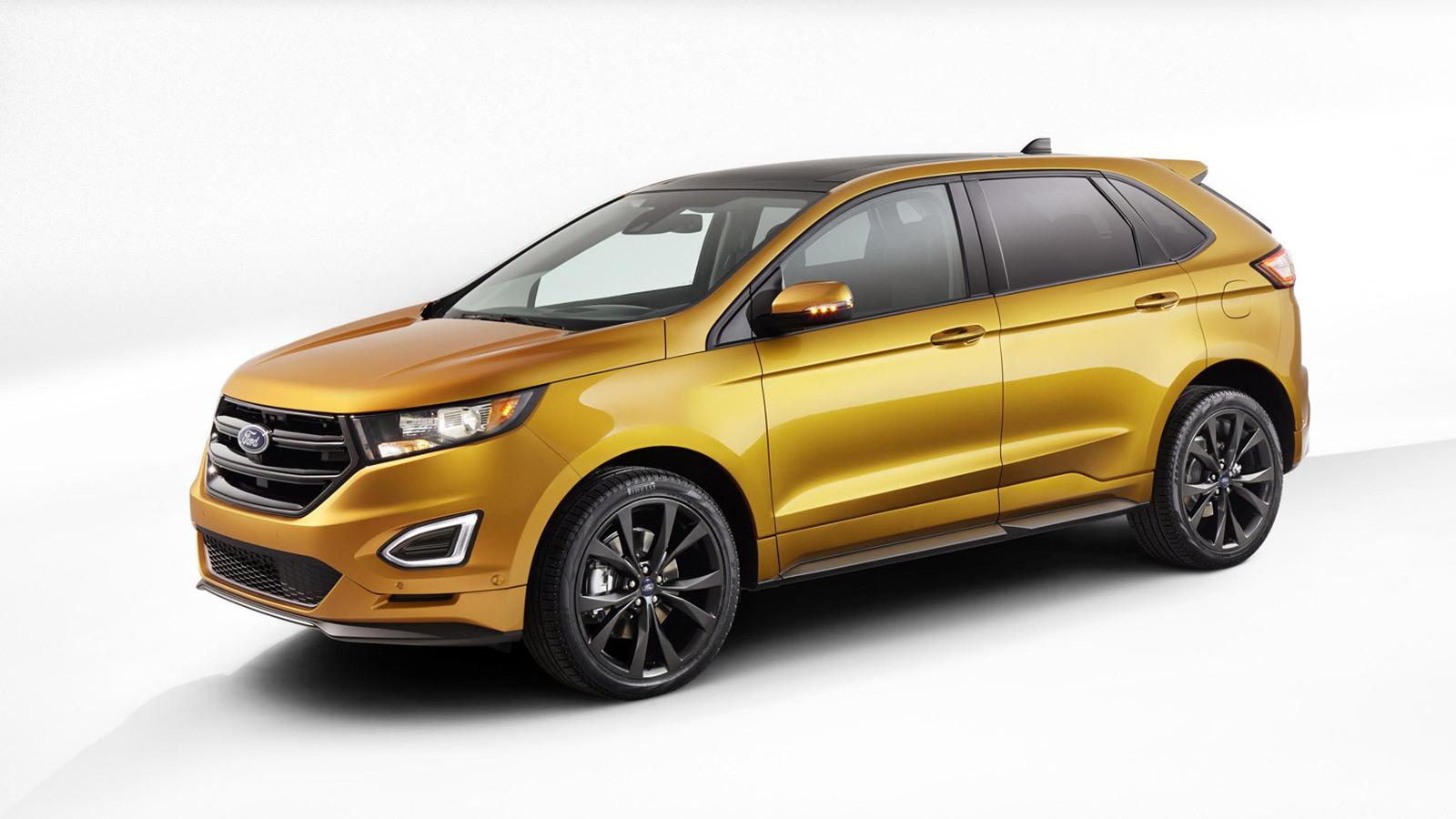 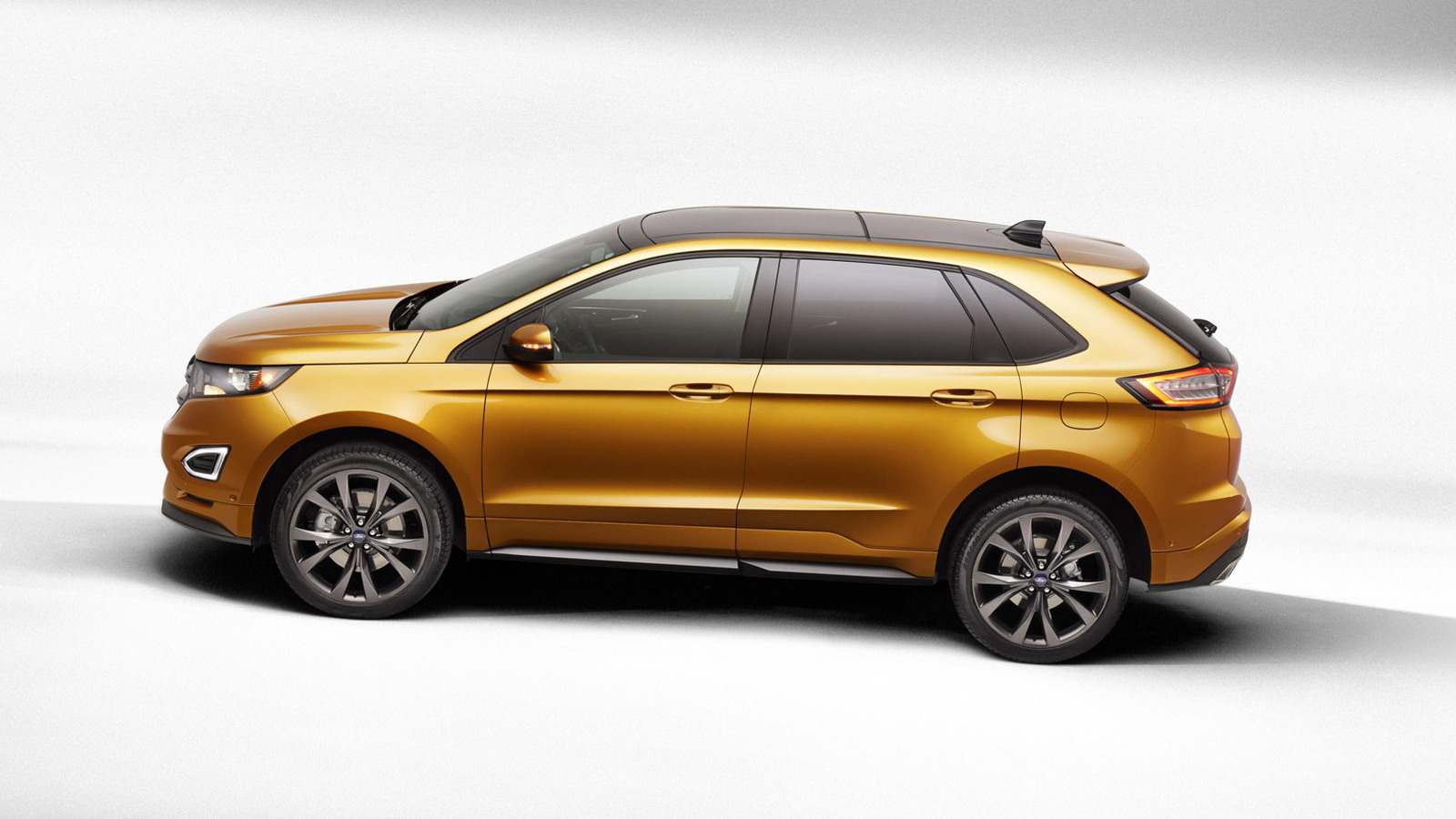 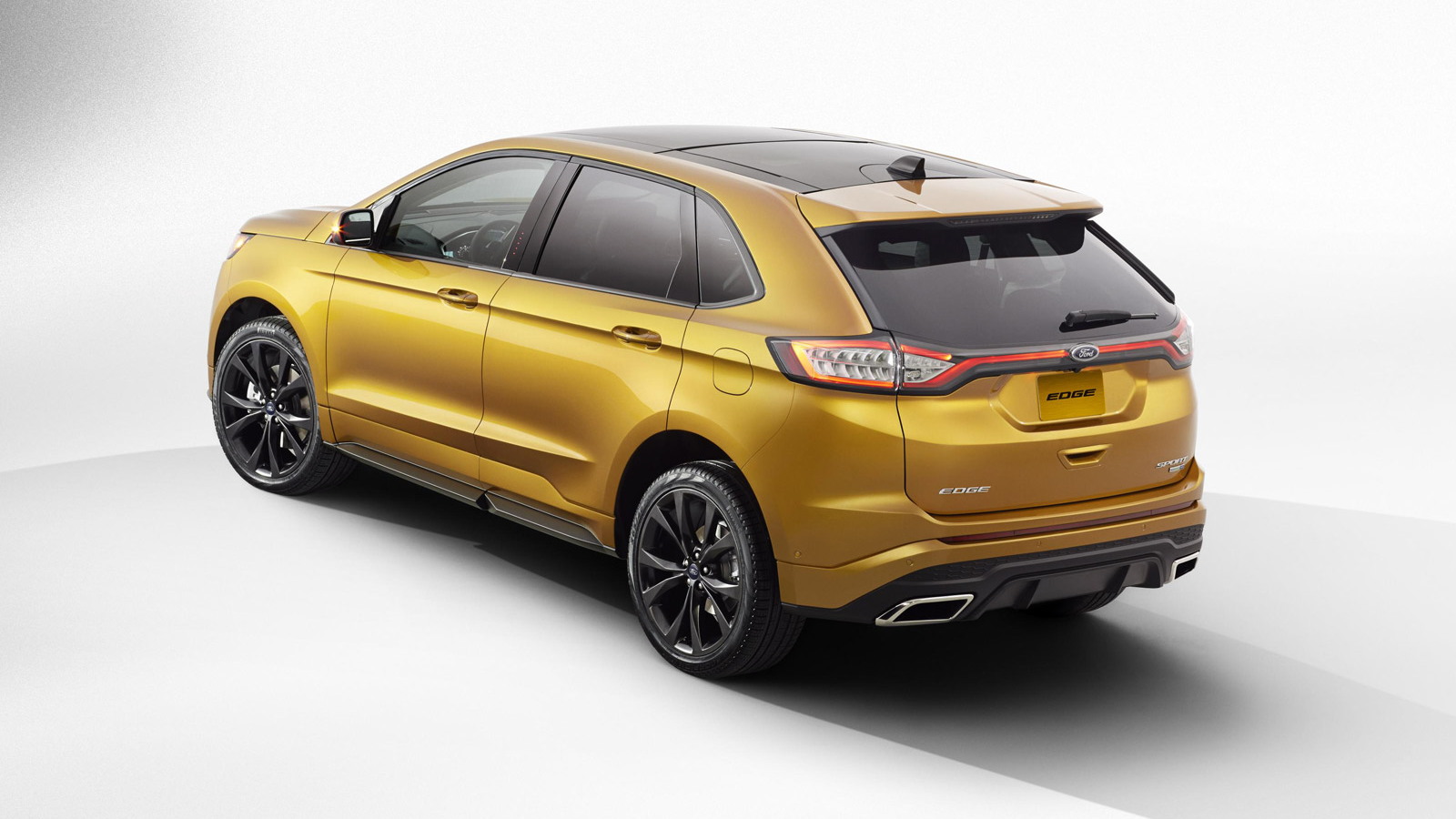 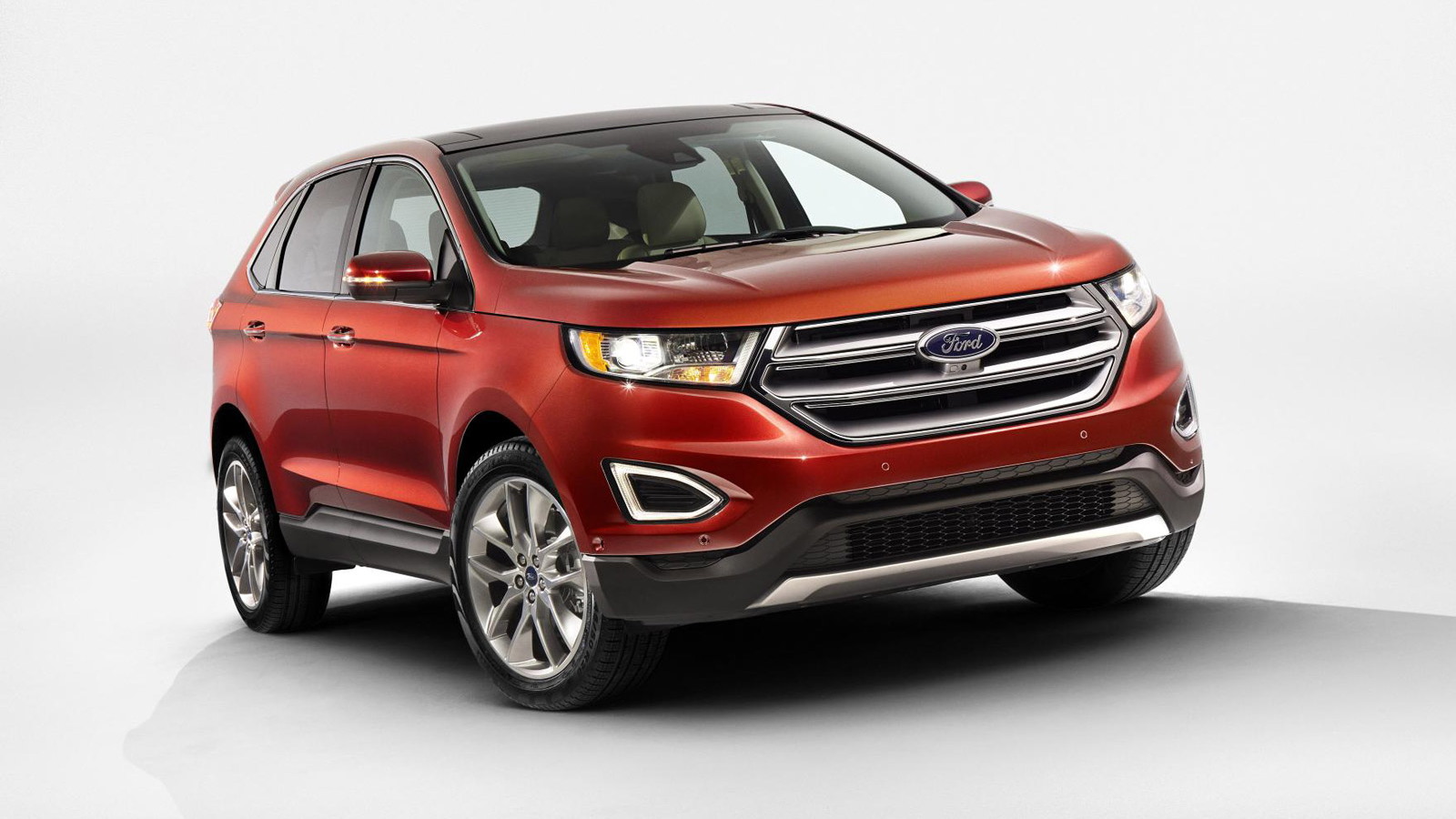 16
photos
Ford has taken the wraps off its 2015 Edge. This newest member of the Ford Motor Company [NYSE:F] hits showrooms early next year and for the first time will be sold in global markets, including as far away as Australia. Looking almost identical to a concept version unveiled a year ago, the 2015 Edge’s handsome design should ensure it makes an impact on the market.

But the new Edge isn’t just a pretty face. It also benefits from some advanced technologies, including some new engines. The base unit is a 2.0-liter EcoBoost four-cylinder good for 245 horsepower and 270 pound-feet of torque. This is followed by a naturally aspirated 3.5-liter V-6, which is yet to be rated but should offer similar performance to the outgoing V-6 model’s 290 hp and 255 lb-ft.

Finally, reserved for a new Edge Sport is an all-new 2.7-liter EcoBoost V-6 engine, which Ford promises will deliver more than 300 hp. The engine boasts a block made from the same compacted graphite iron found in the F-Series Super Duty's 6.7-liter PowerStroke diesel, helping improve NVH levels. Overseas, 2015 Edge buyers will also be lucky enough to opt for some actual diesels.

All 2015 Edge crossovers in the U.S. are equipped with dual output exhaust and a six-speed automatic transmission with paddle shifters as standard. Front-wheel drive is also standard on the 2.0-liter model, although all-wheel drive, which is standard on the other variants, can be added as an option. An engine stop-start system can also be added.

The new Edge is slightly longer and taller than its predecessor too, and the wheelbase increases by 1.0 inch, to 112.2 inches. This leads to more interior space. Legroom in the first and second row has increased by 1.9 inches and 1.0 inch, respectively. Headroom increases by 1.0 inch throughout. Cargo capacity increases, with 39.2 cubic feet of space behind the second row of seats—7.0 cubic feet more than the previous model. With the second row folded, space has increased by 4.5 cubic feet, to 73.4 cubic feet.

The interior also benefits from superior material and visual quality compared to the cabins found on previous models. The dashboard and center console have also been carefully designed and shaped to look like one thin, streamlined piece. A central 8-inch touchscreen supporting SYNC with MyFord Touch is now available on even more models.