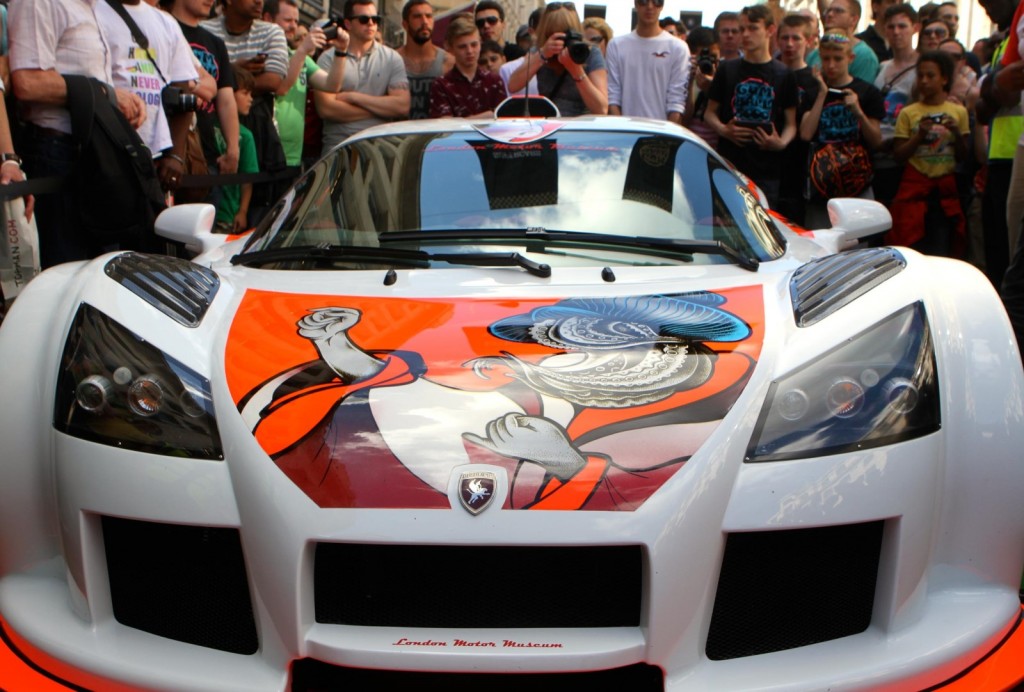 For some people, there's nothing better than seeing an inked guy or gal walking down the street. To them, the body is a canvas, ready to accept the work of a needle-wielding artisan in exchange for a fistful of cash and a few hours of pain. But how about a tattooed car?

Tattoo artist Aleksy Marcinow made the jump from skin to steel at the London launch of this year's Gumball 3000 Rally. Or rather, carbon fiber--as Aleksy's canvas was a Gumpert Apollo supercar. German the Gumpert may be, but Marcinow took inspiration from Japanese art and traditional irezumi tattooing on his two-week project.

The car was commissioned by Elo, London Motor Museum owner and founder.

Elo explains that Aleksy used the same technique to tattoo the car as he would a body, though it's still not quite clear what this means.

As Aleksy's video shows, there's more than a little traditional car decoration in there, in the form of masking and painting.

Call us old-fashioned, but we reckon car tattooing has been around for decades--it's called pinstriping, and has been a near-essential part of any hot-rod build since hot-rodding existed. It's not like there aren't modern-day equivalents either--vinyl wrapping, anyone? Aleksy's work is clearly impressive, but as far as tattooing goes we'll stick to it on our guys and gals, thanks...