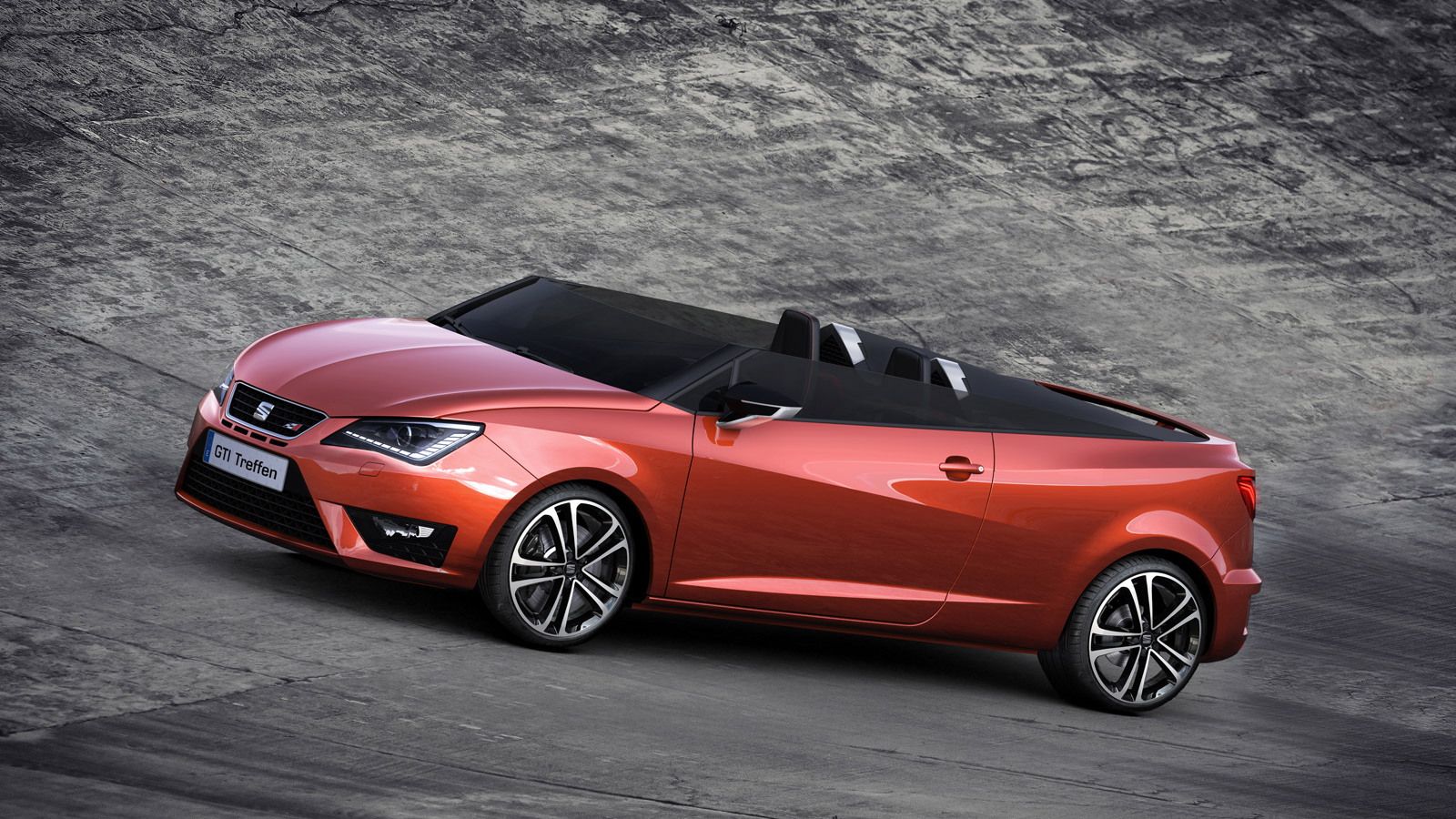 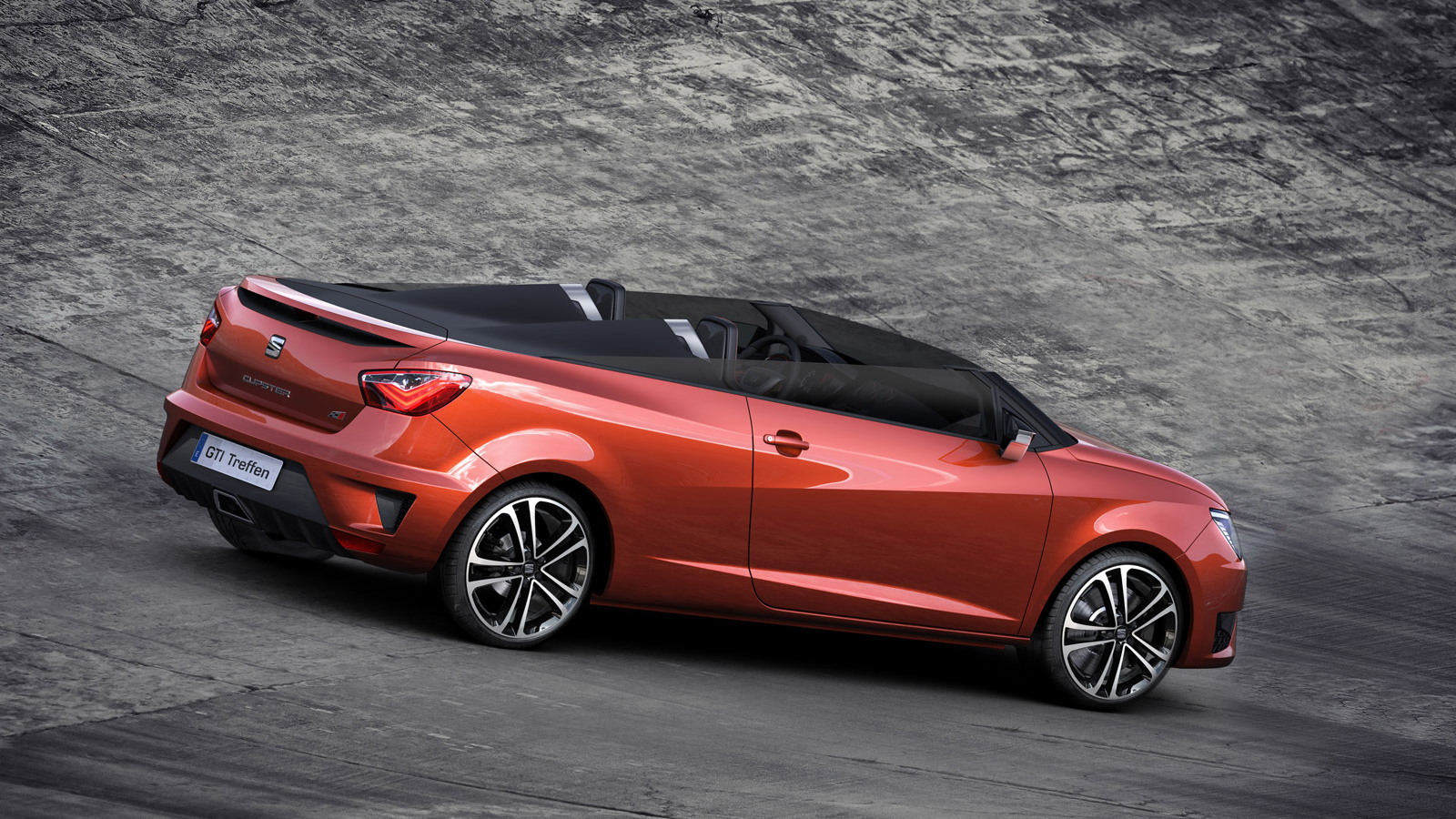 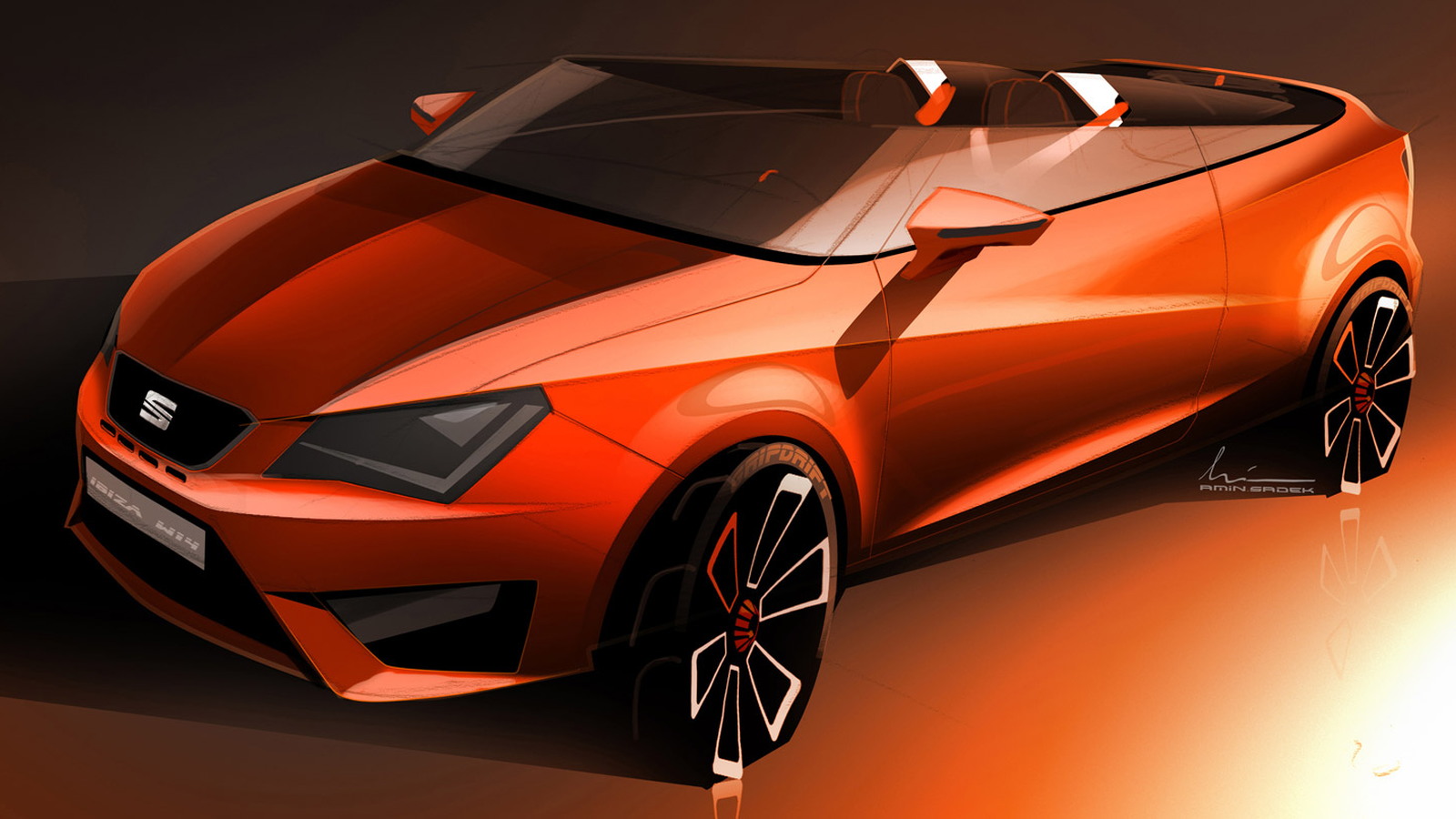 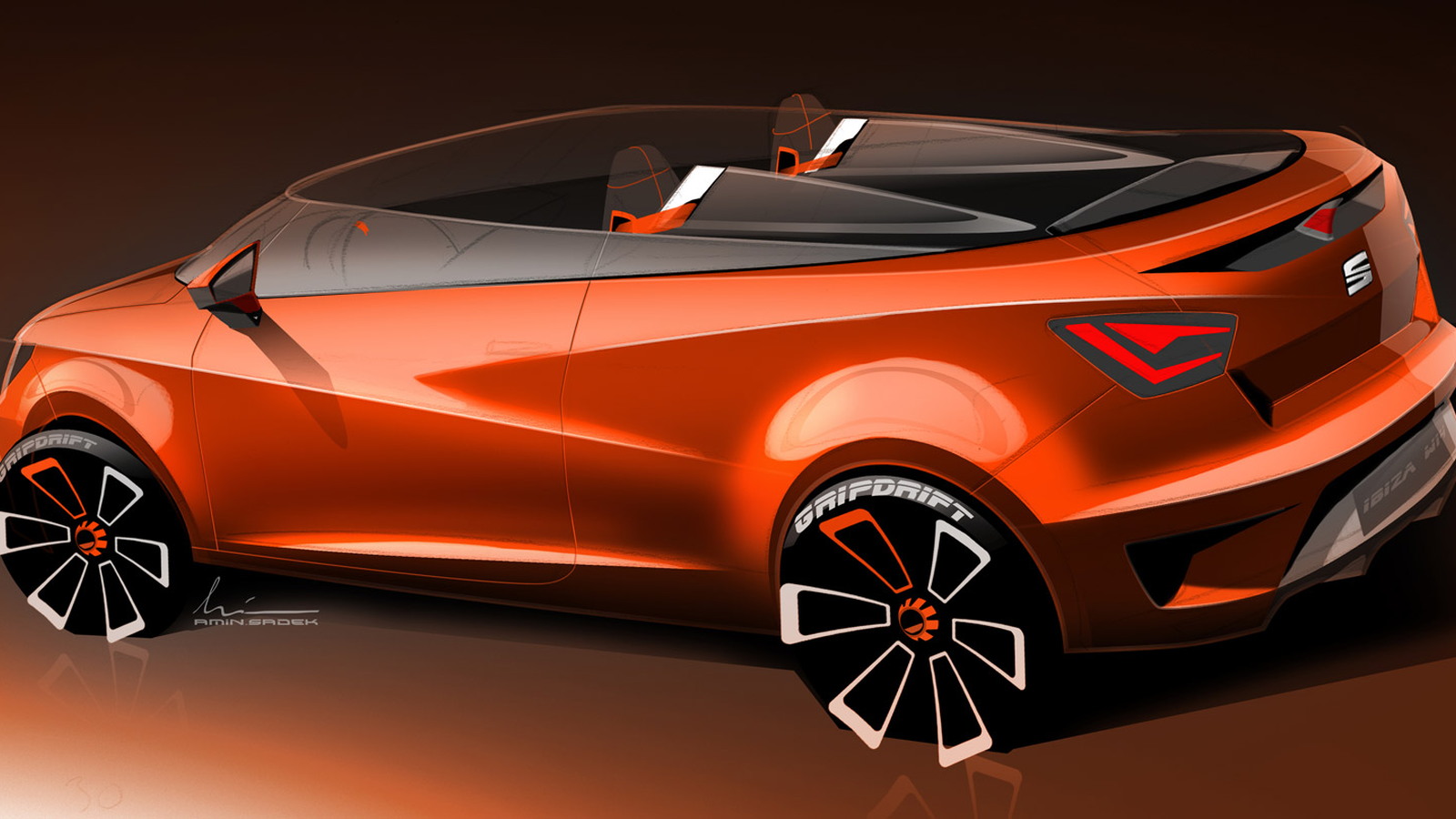 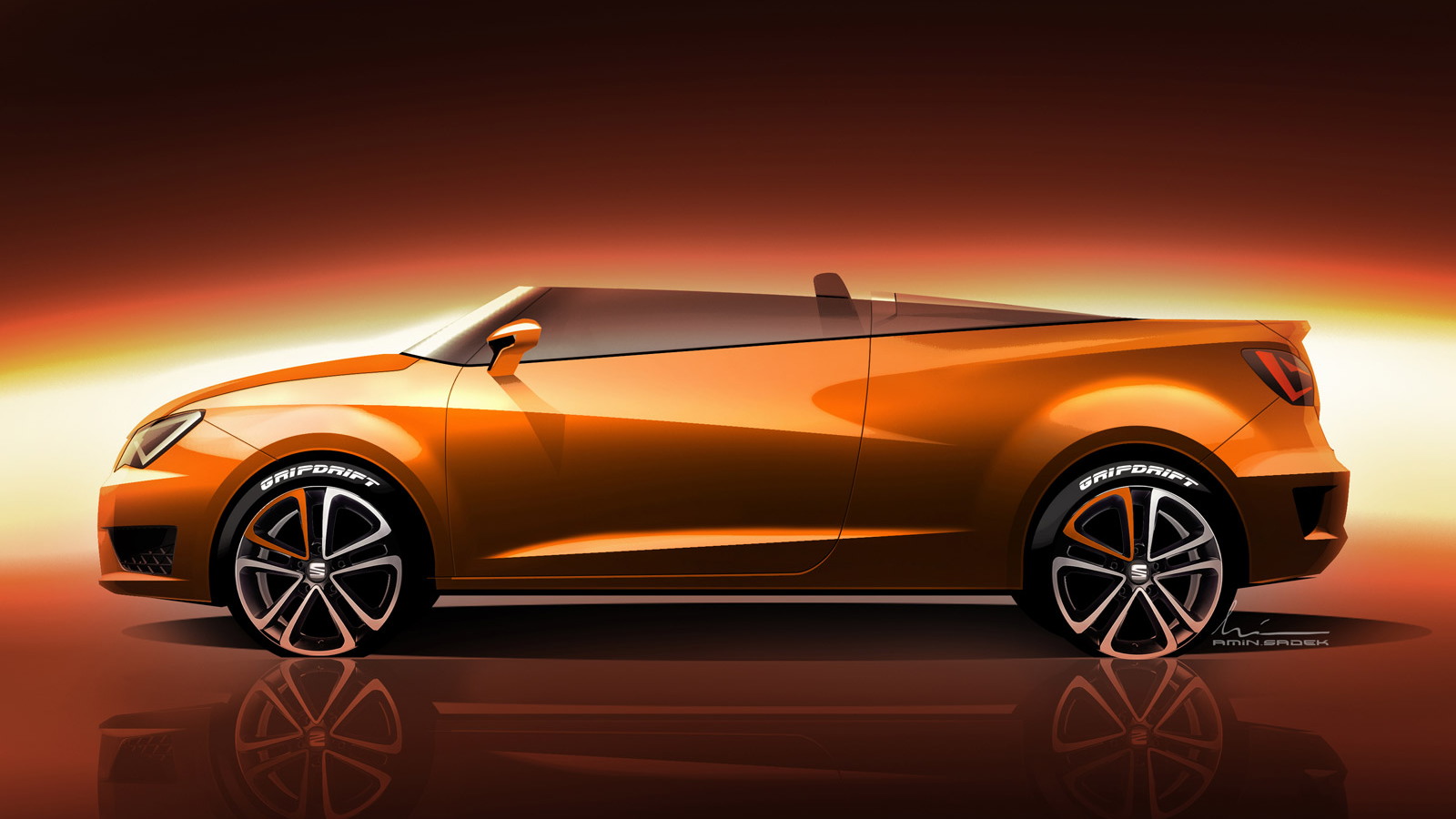 7
photos
The 2014 Wörthersee Tour is just around the corner and Spanish automaker SEAT has revealed a new concept based on its Ibiza Cupra hot hatch. The concept is called the Ibiza Cupster and it's been built as a way to celebrate the 30th anniversary of the Ibiza nameplate.

The concept’s body is largely the same as that of the production model, but from the beltline up almost everything is new. The two-seater concept has no roof whatsoever, and the standard windscreen has given way to a low, wraparound strip of glass. Nevertheless, the driver and co-driver are well protected—thanks  to the seating position, which is roughly 3.0 inches lower than normal.

The concept is also wider, lower and even more powerful than the standard Ibiza Cupra on which it’s based. SEAT hasn’t revealed just how much power is under the hood but the concept’s engine is the same 1.4-liter TSI fitted to the standard Ibiza Cupra. In stock form the engine delivers 177 horsepower. The engine is mated with a DSG dual-clutch transmission and spins the front wheels.

The interior is purist and based on the Ibiza race cars from the Ibiza Trophy run in several European countries. Minimalist instruments and black Alcantara upholstery for the cockpit, plus low-slung bucket seats make for a real racing feel.

The 2014 Wörthersee Tour runs from May 28-31 in Austria. Another highlight of the event is Audi’s stunning A3 clubsport quattro concept, which previews a potential RS 3 sedan.