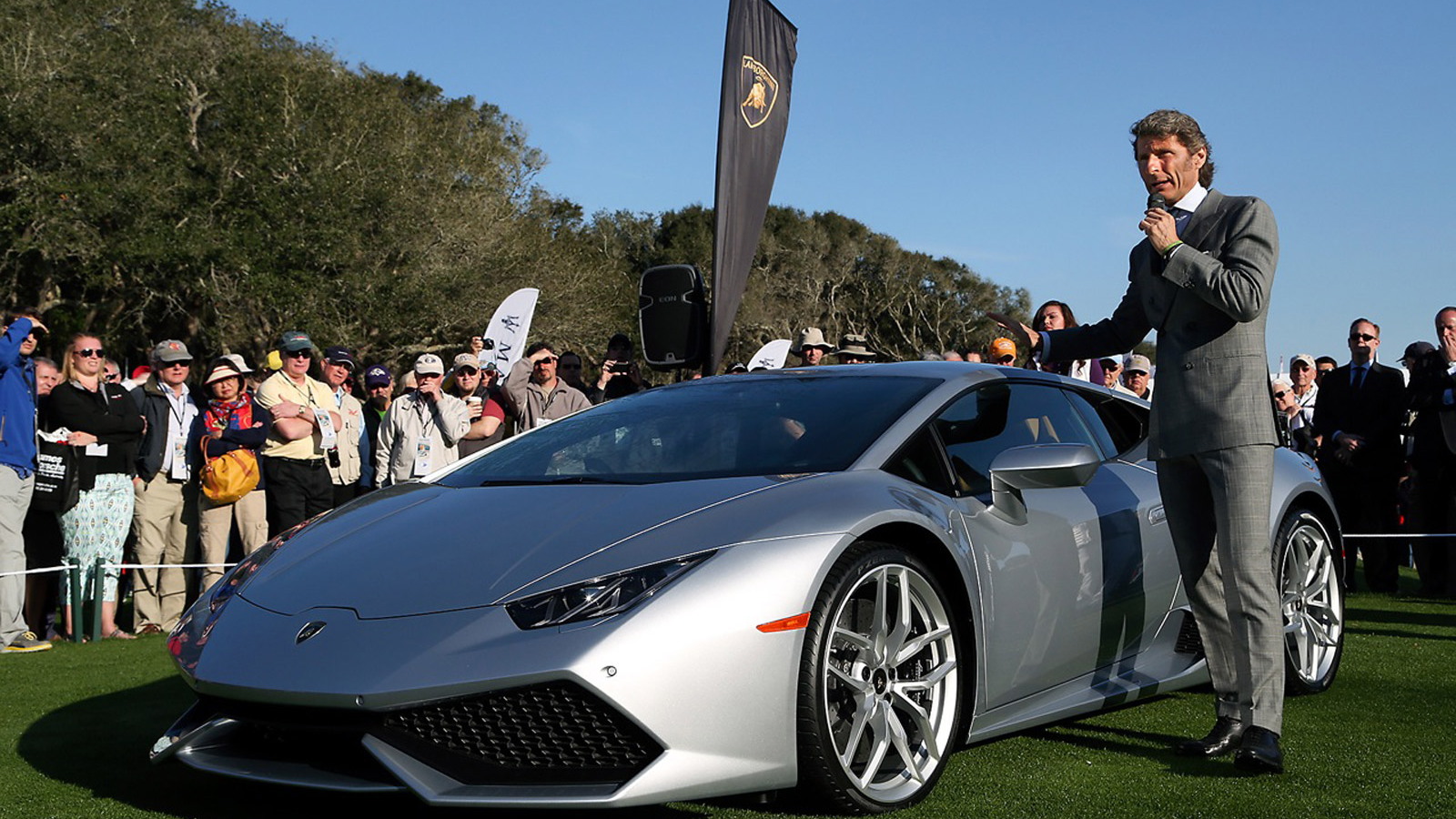 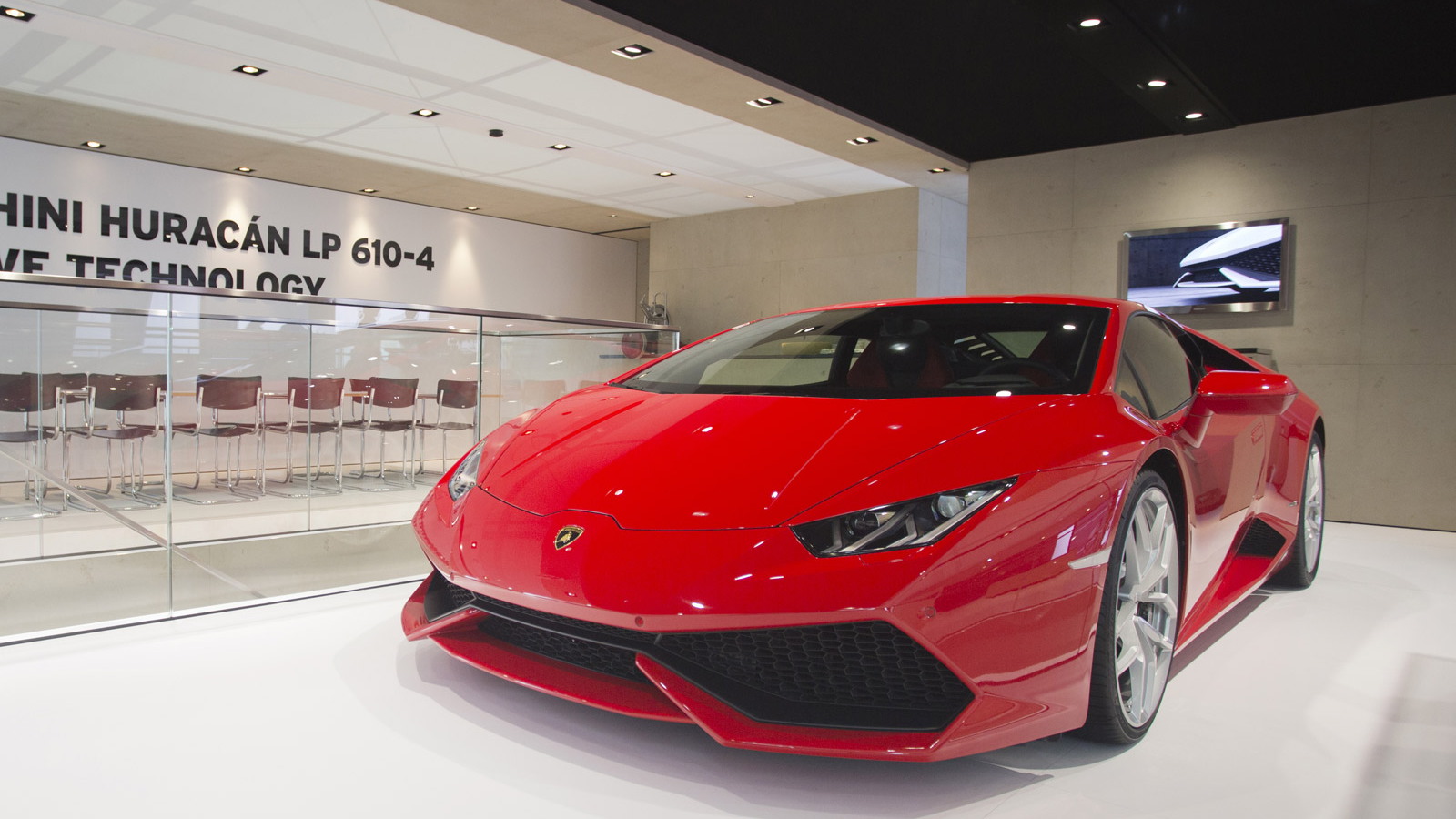 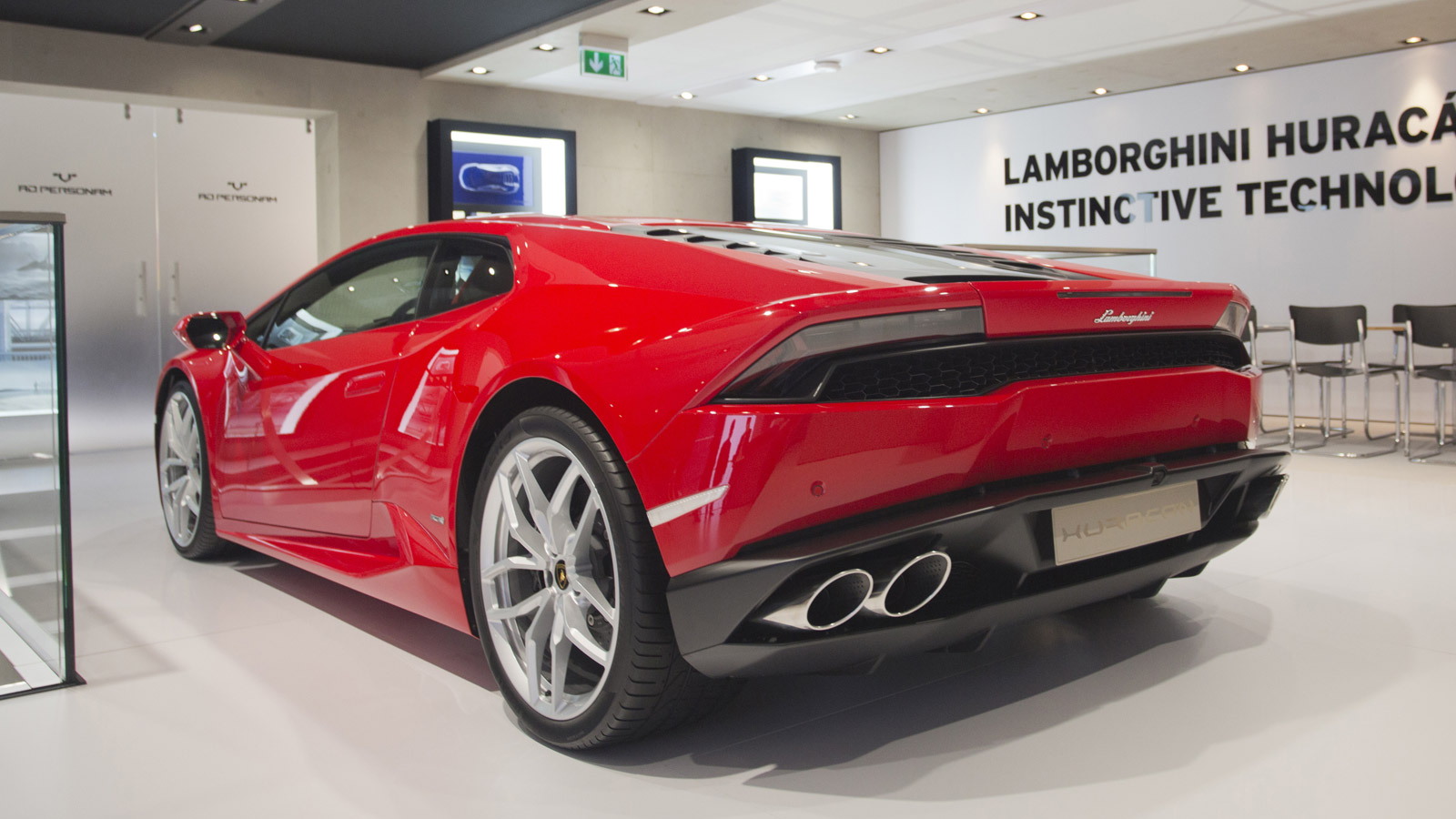 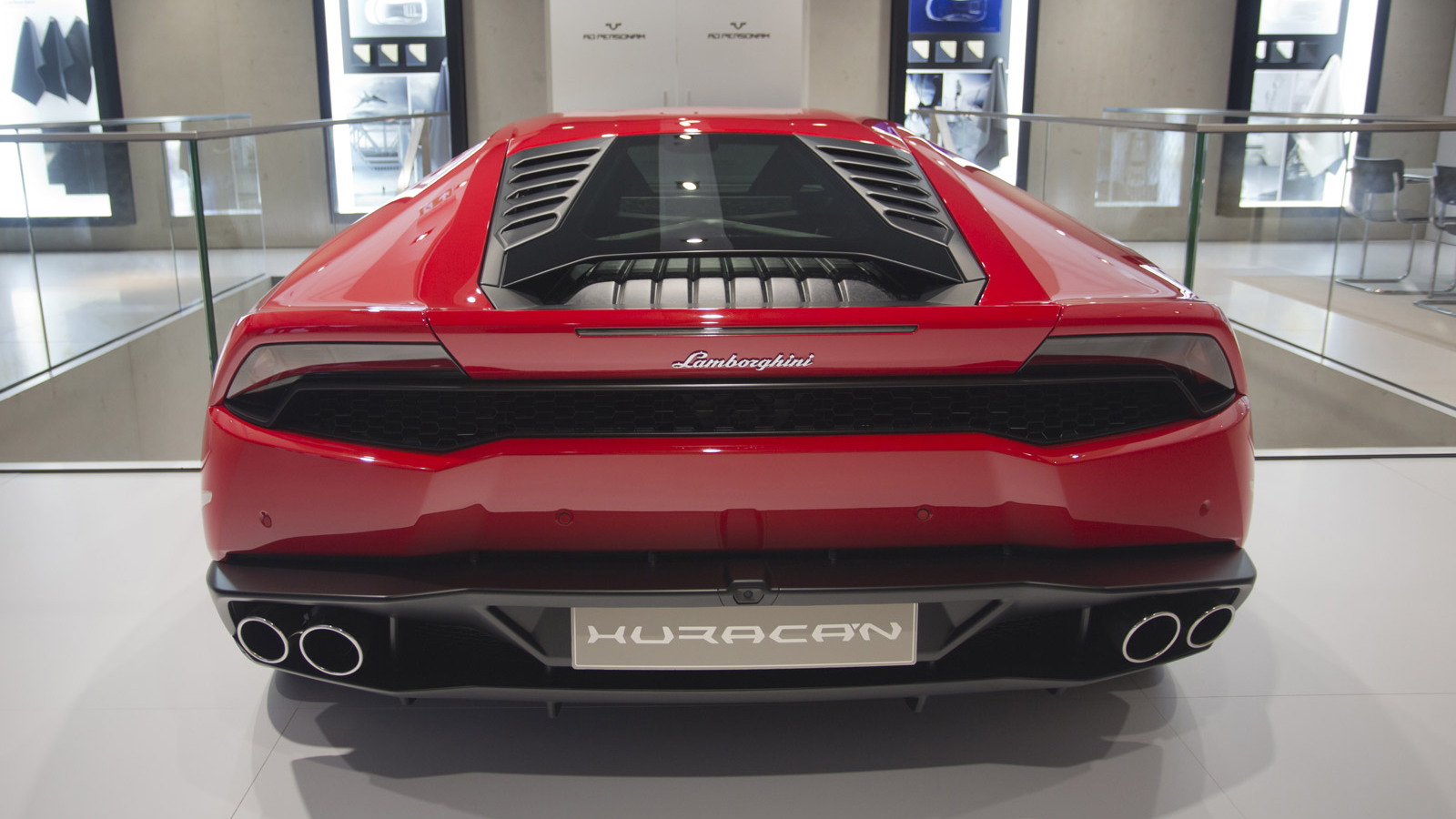 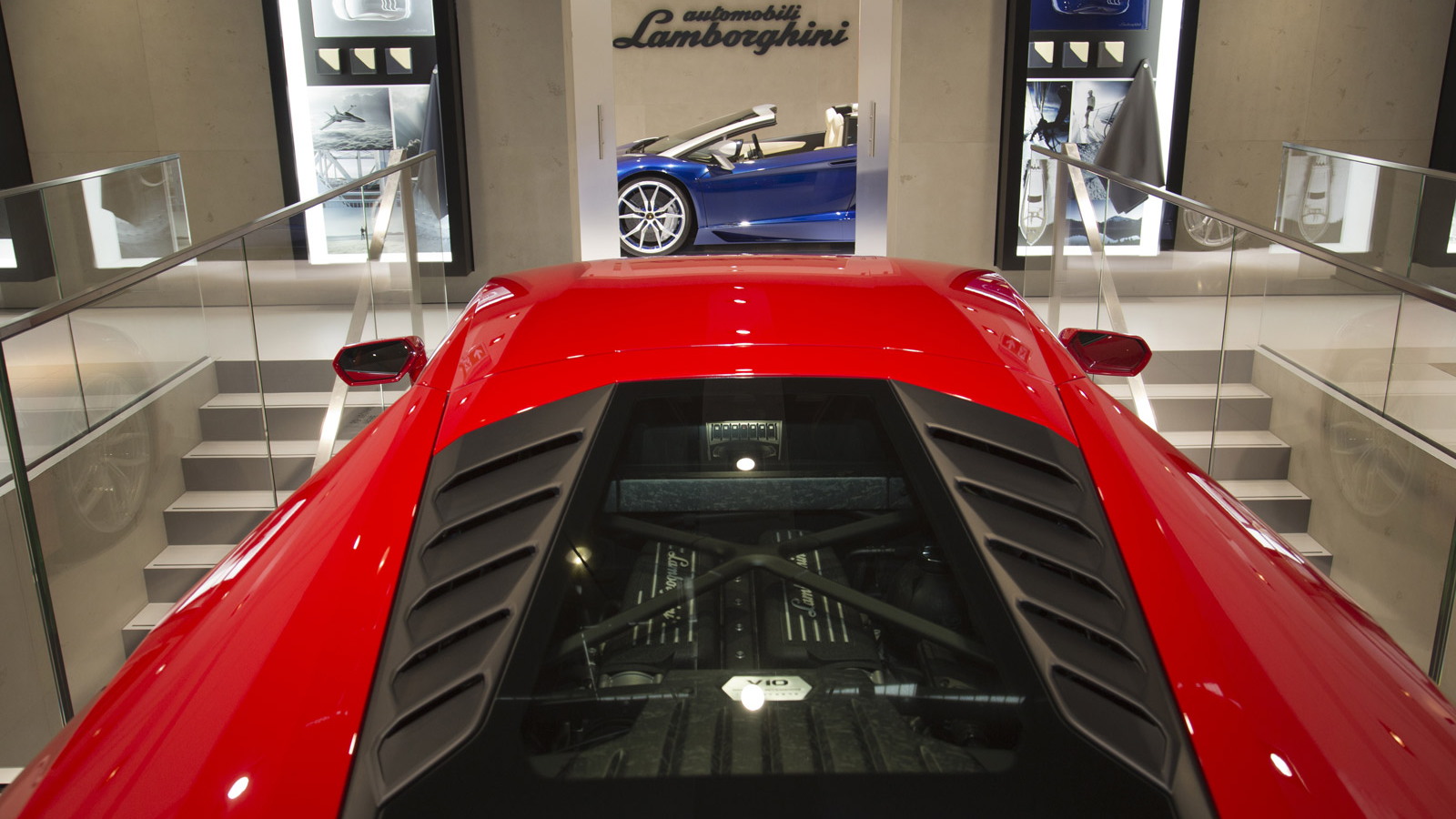 16
photos
Having only made its world debut at the 2014 Geneva Motor Show last week, Lamborghini’s new Huracán LP 610-4 has since made a surprise showing at the recent 2014 Amelia Island Concours d'Elegance. On hand for the car’s official North American debut was Lamborghini CEO Stephan Winkelmann who was able to meet with potential customers and tell them all about the latest raging bull from Sant’Agata Bolognese.

MUST SEE: You Know It's Just A Matter Of Time: Koenigsegg One:1 Dubai Police Livery

The U.S. in particular remains Lamborghini’s single biggest market so it’s no surprise that the Huracán has been shown on local soil so quickly after its world debut. Lamborghini has already been showing the car to private audiences around the globe and has managed to rack up more than 700 orders in just one month. A bulk of those orders, around 300 in fact, came from North American clients alone so it’s clear where most of the cars will be ending up.

"Since we began private previews of the Huracán earlier this year, more than 300 units have been pre-ordered by North American clients,” Winkelmann said at the car’s Amelia Island debut. “The reception it received at the Amelia Island Concours this weekend matches that level of enthusiasm as well as the energy we saw from the global audience in Geneva.”

As previously reported, the Huracán packs a mid-mounted 5.2-liter V-10 engine rated at 601 horsepower and 480 pound-feet of torque. The engine is mated to a new seven-speed dual-clutch transmission and advanced all-wheel-drive system. The 0-62 mph sprint is said to take just 3.2 seconds and top speed is said to be around 202 mph.

Thanks to extensive use of carbon fiber in the car’s construction, the Huracán is not only lighter than the Gallardo at 3,140 pounds but it’s also significantly more rigid. The car’s platform will be shared with the next-generation Audi R8, just as the current Gallardo and R8 are twins under the skin.

Lamborghini will build the Huracán on a brand-new line at its plant in northern Italy, with the first cars reaching customers in the spring. Pricing will be announced closer to the official sales launch.