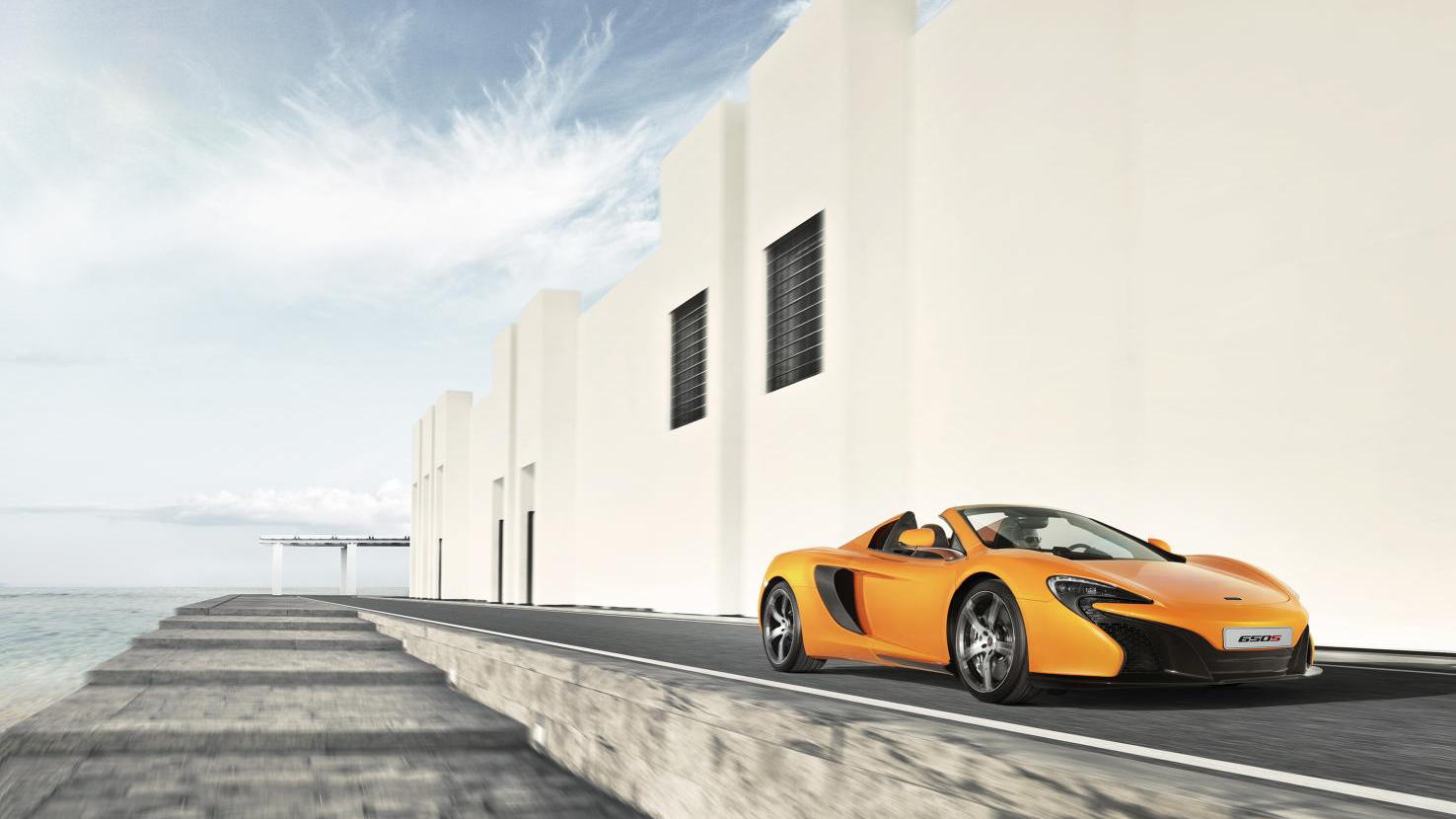 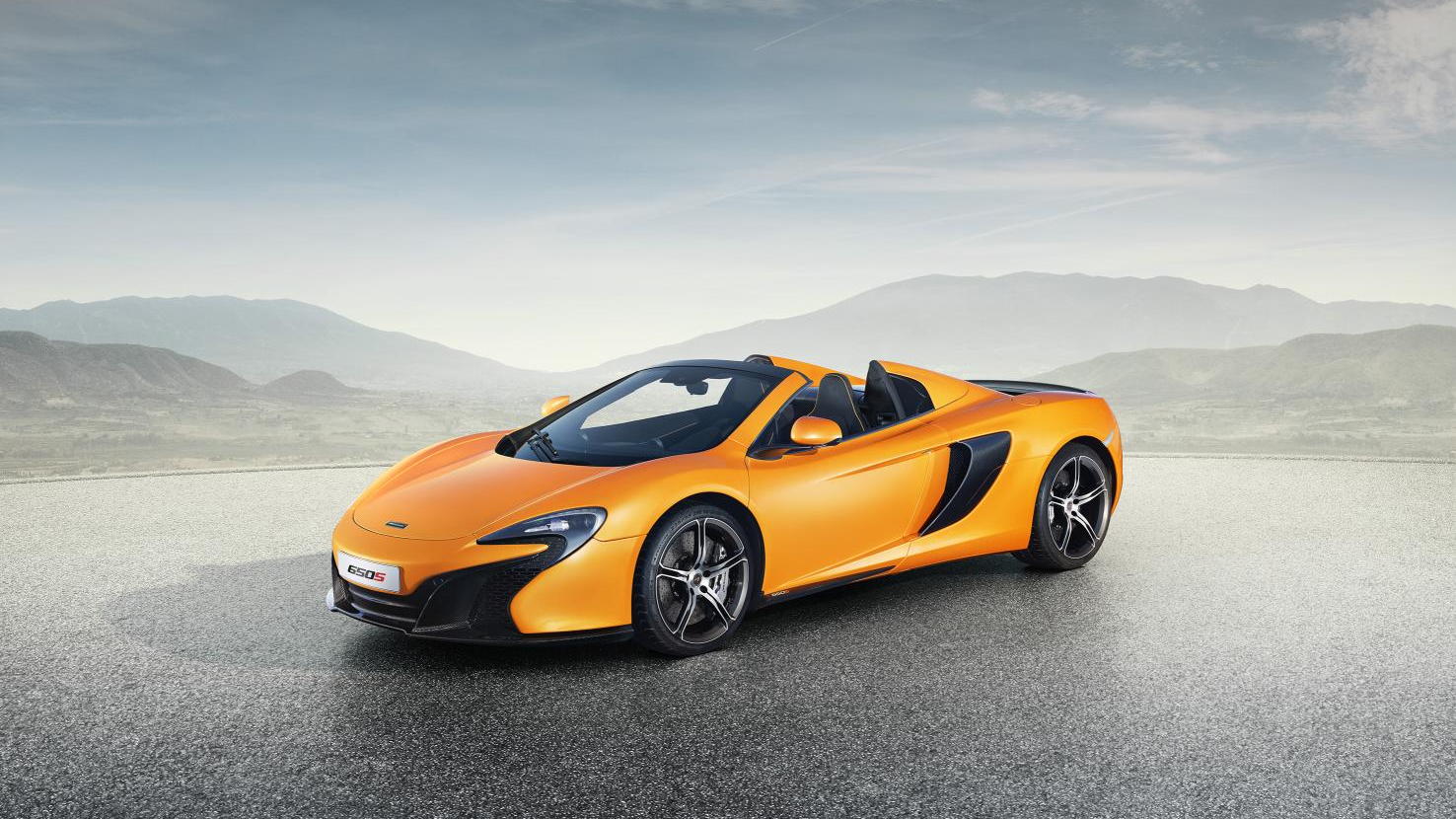 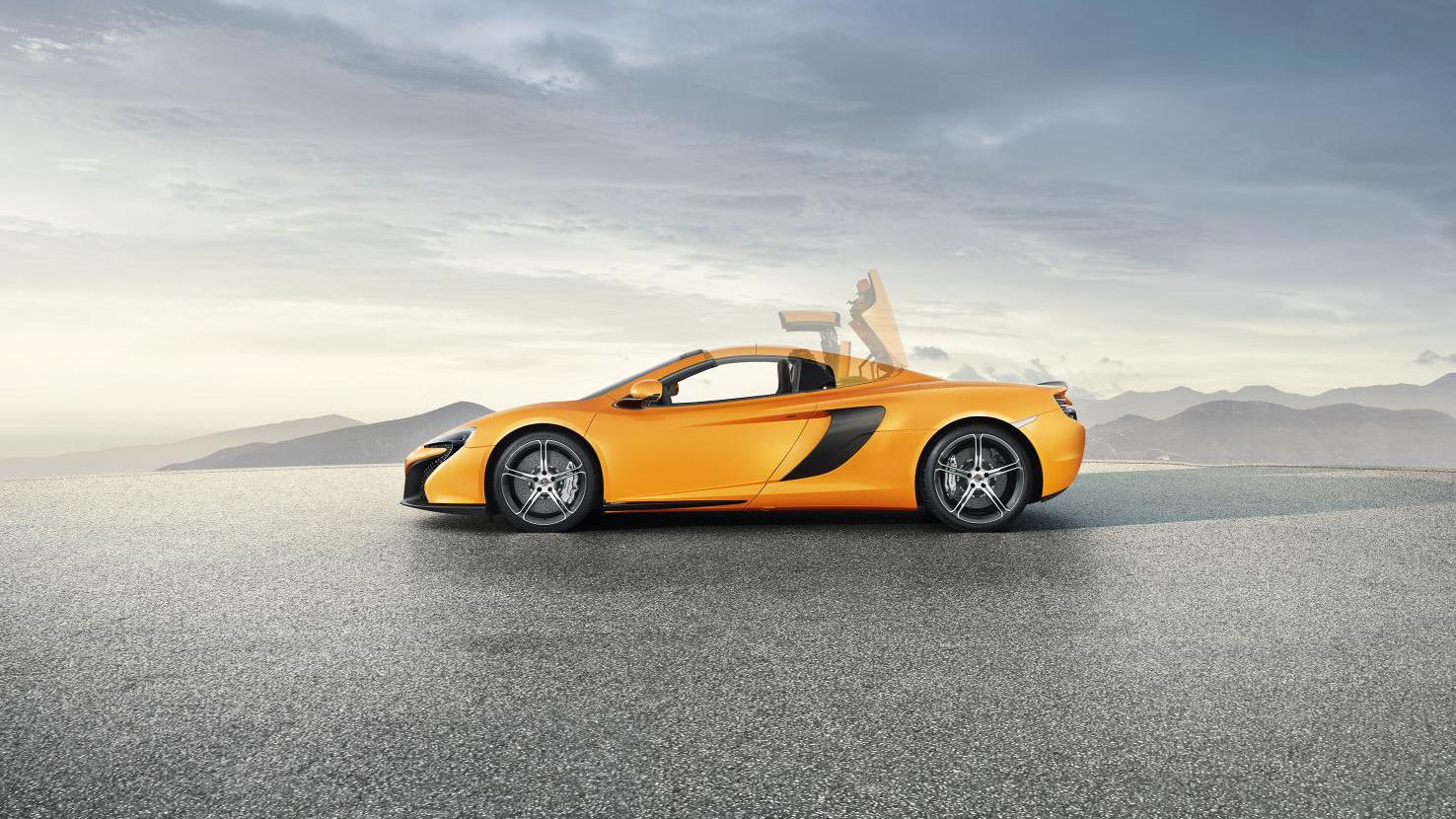 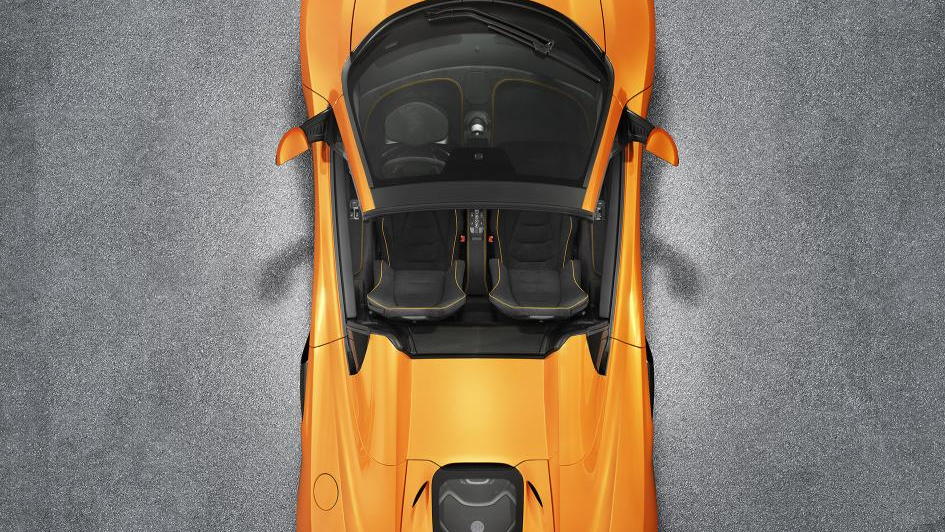 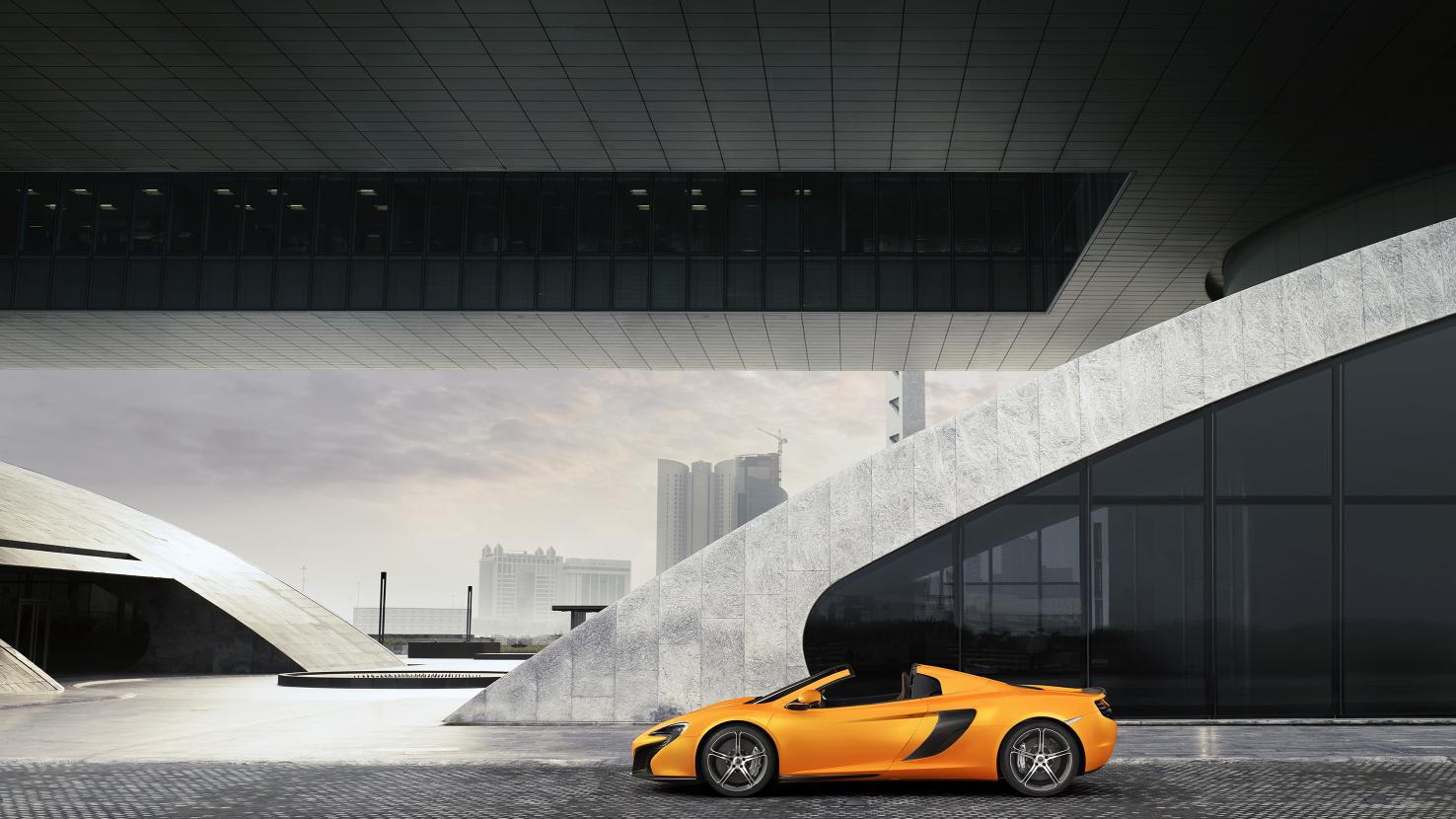 8
photos
As if the launch of the McLaren 650S at the 2014 Geneva Motor Show wasn't enough, the crew from Woking brought along a convertible Spider version. The 650S' P1-inspired styling is made all the more dramatic with a removable roof.

As with the MP4-12C Spider with which it shares a platform, the 650S Spider features a retractable hardtop that effectively makes it a coupe with the roof fitted. The roof takes 17 seconds to raise, a task that can be accomplished at speeds up to 19 mph.

McLaren says the car's carbon fiber MonoCell chassis did not require any additional strengthening, despite the removal of the roof. The weight penalty over the coupe is about 88 pounds. The 650S Spider comes equipped with the coupe's lightweight alloy wheels, Pirelli P Zero Corsa tires, and carbon ceramic brakes.

That's 0.1 second, 0.2 second, and 3 mph behind the coupe, respectively. It doesn't look like convertible buyers will sacrifice much in the way of performance.

McLaren says the 650S Spider will also return the same 24.2mpg on the European combined cycle as the coupe. That number will be significantly lower in U.S. EPA testing, though.

Once you're done with the video and gallery, head over to our dedicated hub for more 2014 Geneva Motor Show coverage.