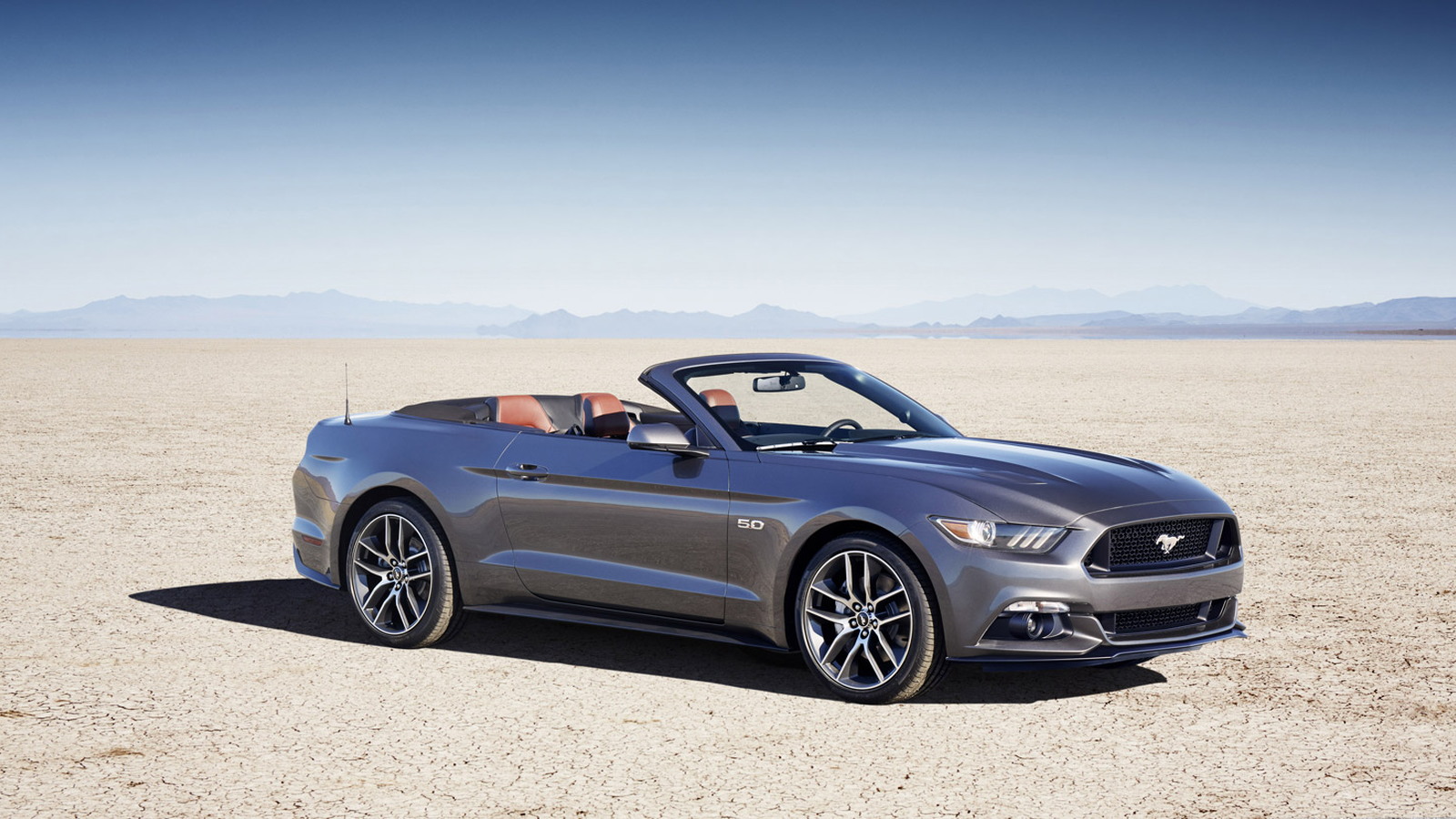 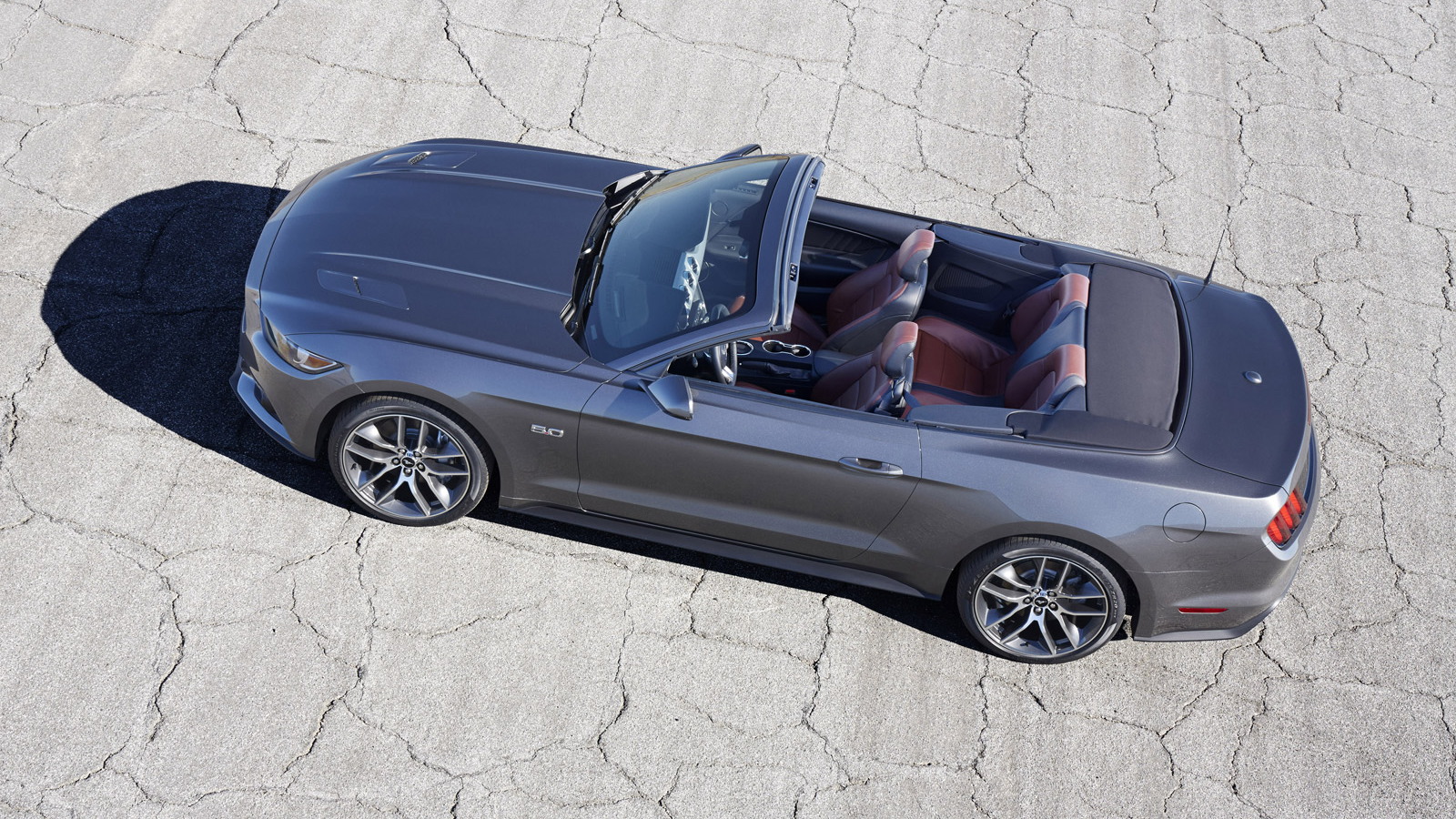 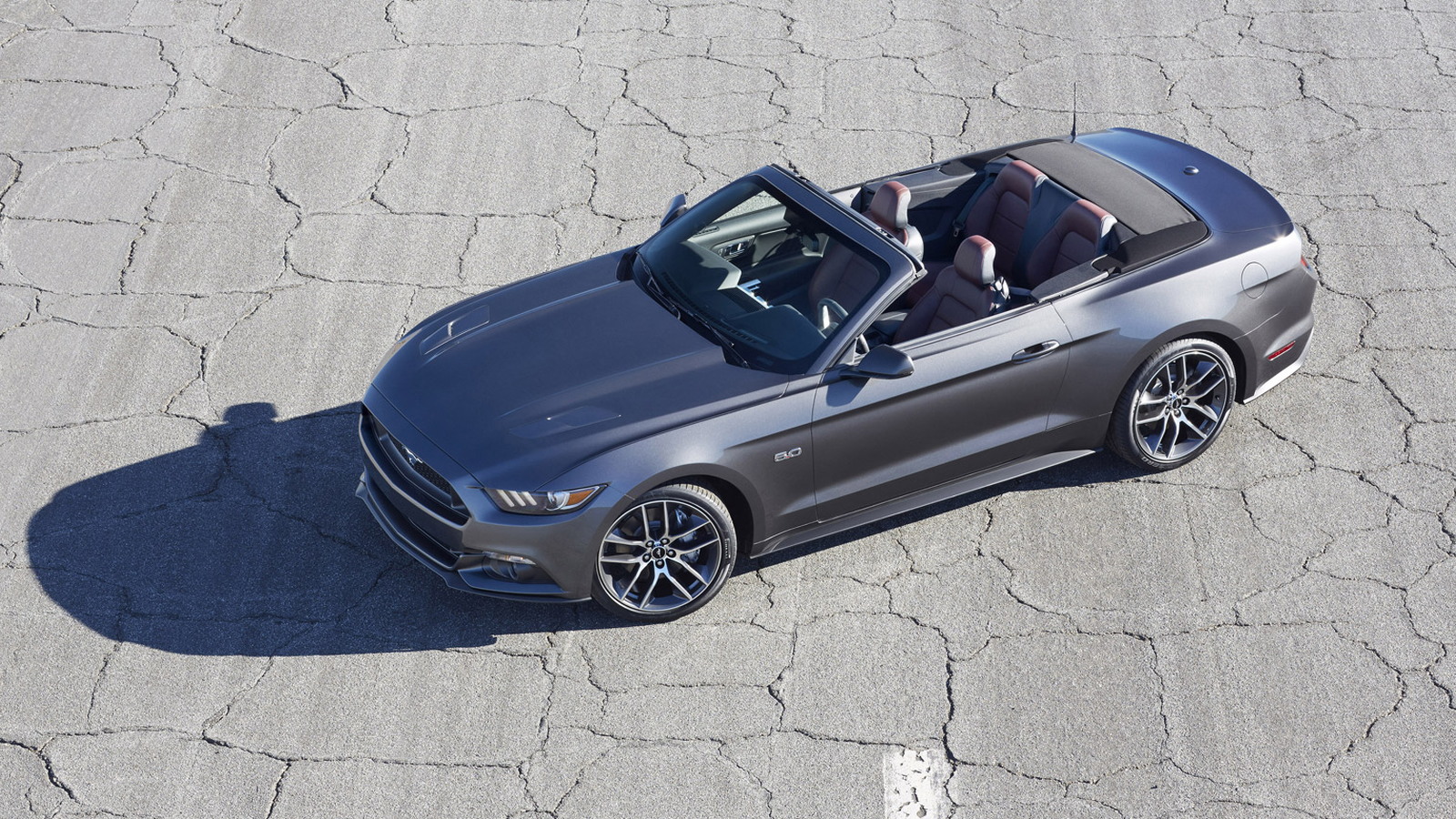 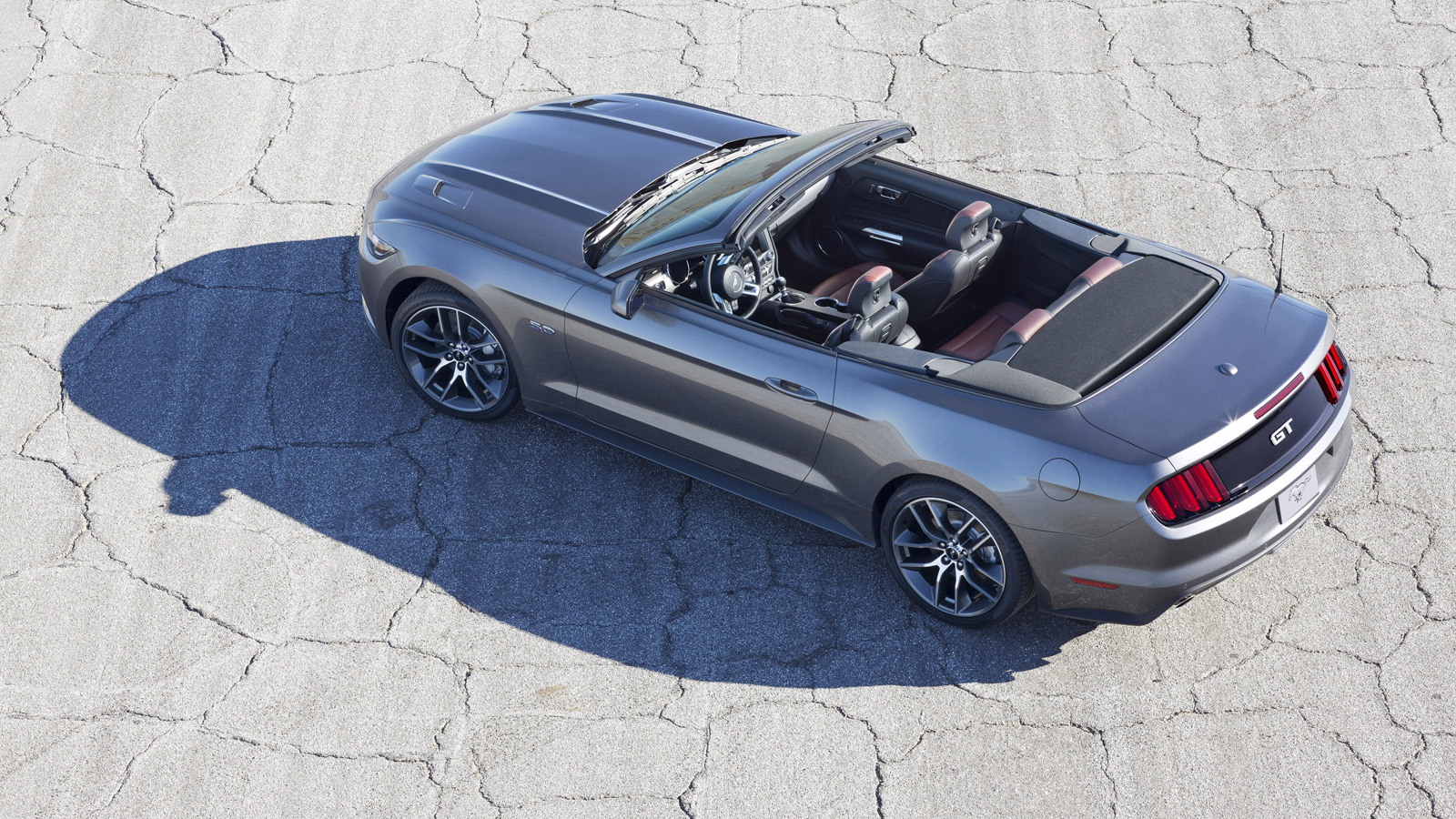 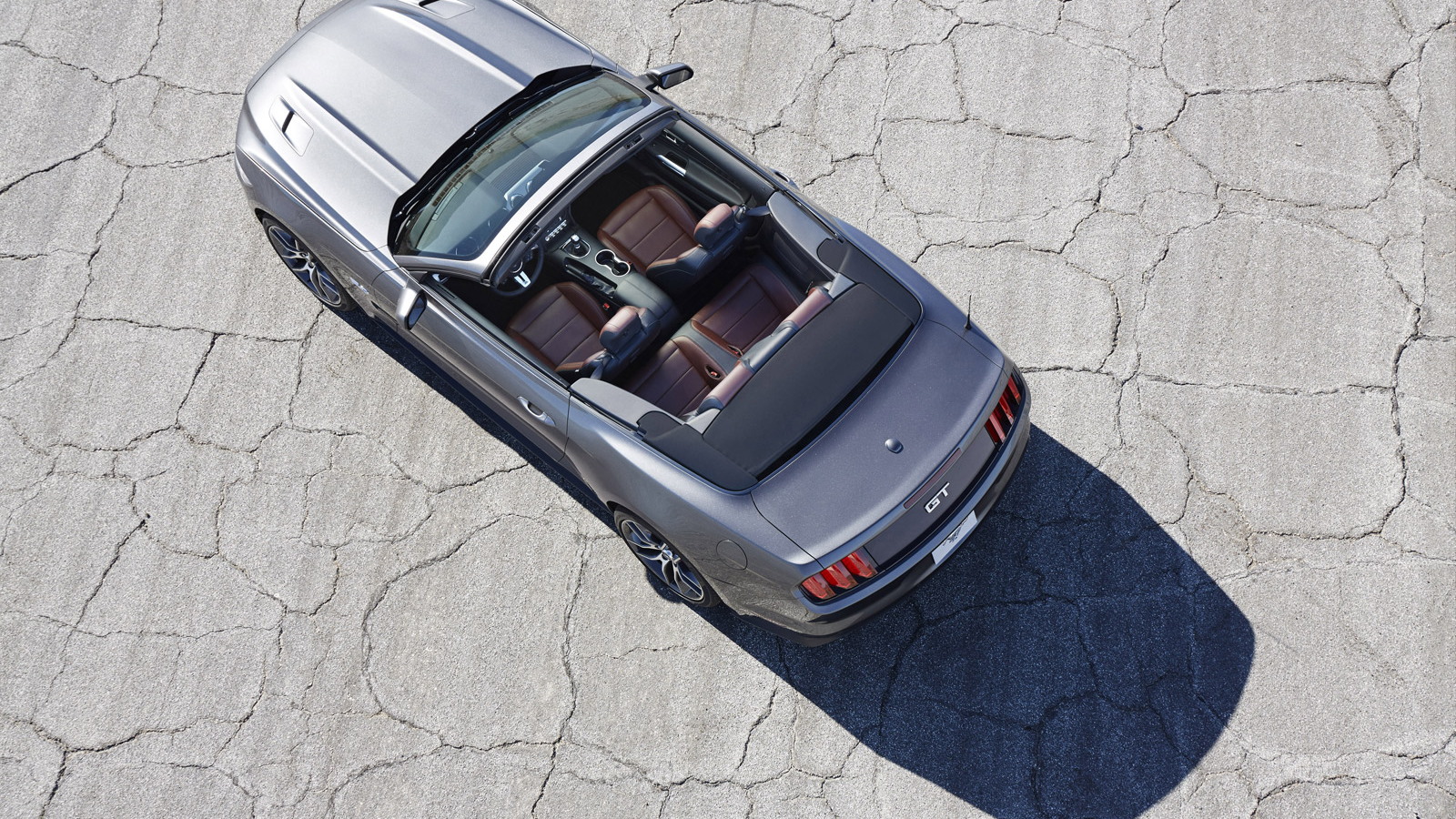 26
photos
The convertible version of the 2015 Ford Mustang was shown alongside the fastback coupe during the debut of the redesigned car late last year. However, Ford Motor Company [NYSE:F] never released any of its own photos nor specific details on it.

Now, just a day out from the 2014 Geneva Motor Show, Ford has opened the floodgates, dropping plenty of new details as well as confirming its intention to take on some of Europe’s top brands in the convertible segment with its 2015 Mustang Convertible.

The car's roof is an automated folding soft top, which now features a standard multilayer insulated cloth that gives it a more upscale appearance and a quieter cabin. The new top, sourced from Webasto, also lowers twice as fast as before, requiring less than 10 seconds to achieve the feat.

It also has a sleeker profile when folded, with a thickness that’s about 6.7 inches less than on the outgoing model, which Ford says aids aerodynamics. And if that wasn’t enough, Ford says the new folding mechanism also takes up less trunk space.

Inside, a new single latch design replaces the two previous latches. Other than that there isn't any major differences between the cabin design of the coupe and convertible. Large, clear instrumentation puts vehicle information right in front of the driver, while improved ergonomics and tactile switches and knobs provide better control. One new element for the 2015 Mustang is an enhanced version of Ford’s SYNC AppLink technology, which pairs your vehicle with functions on your smartphone.

Sales of the 2015 Ford Mustang range commence this fall, and almost one in five sold (18 percent to be exact) will be a convertible.