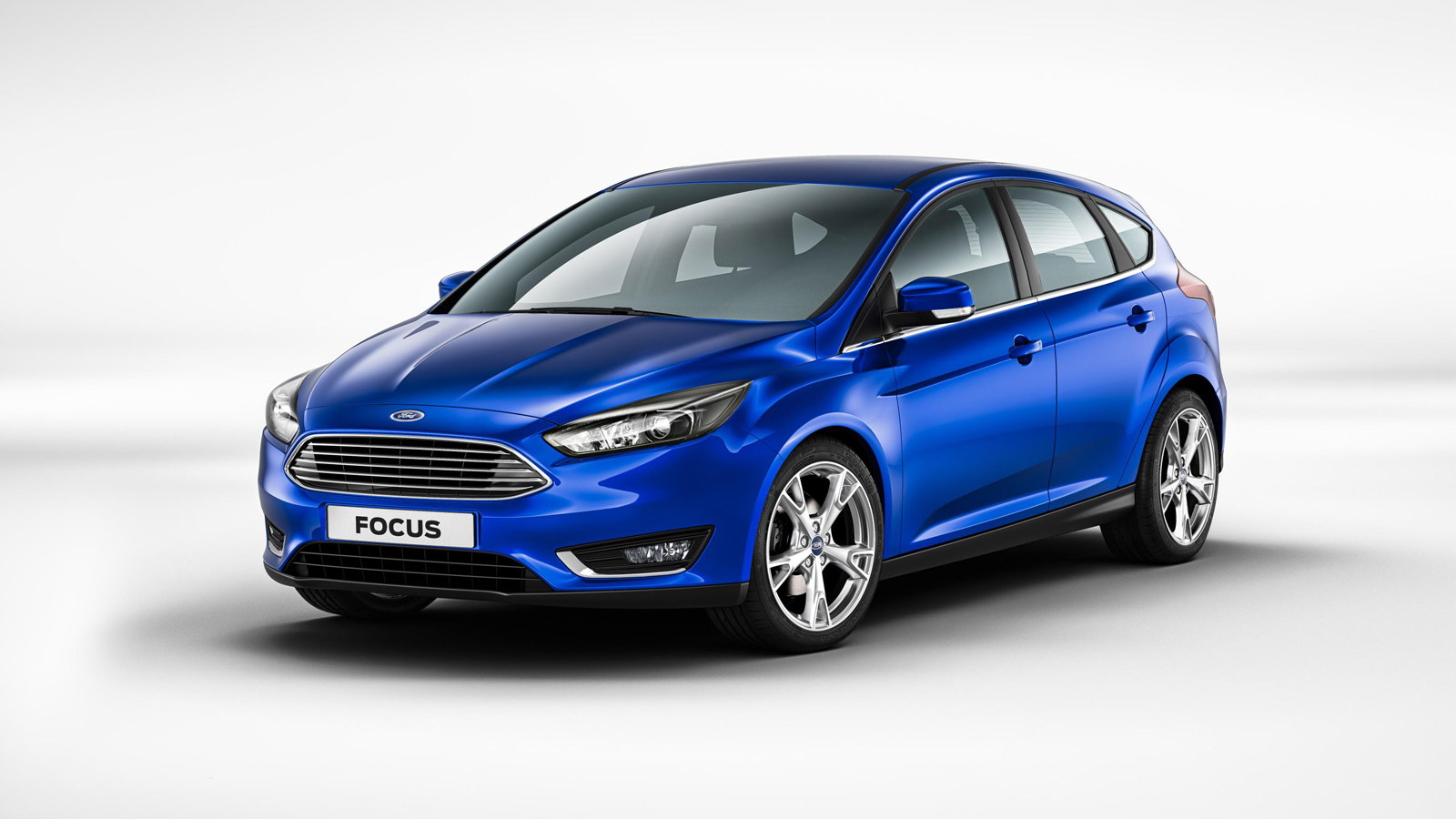 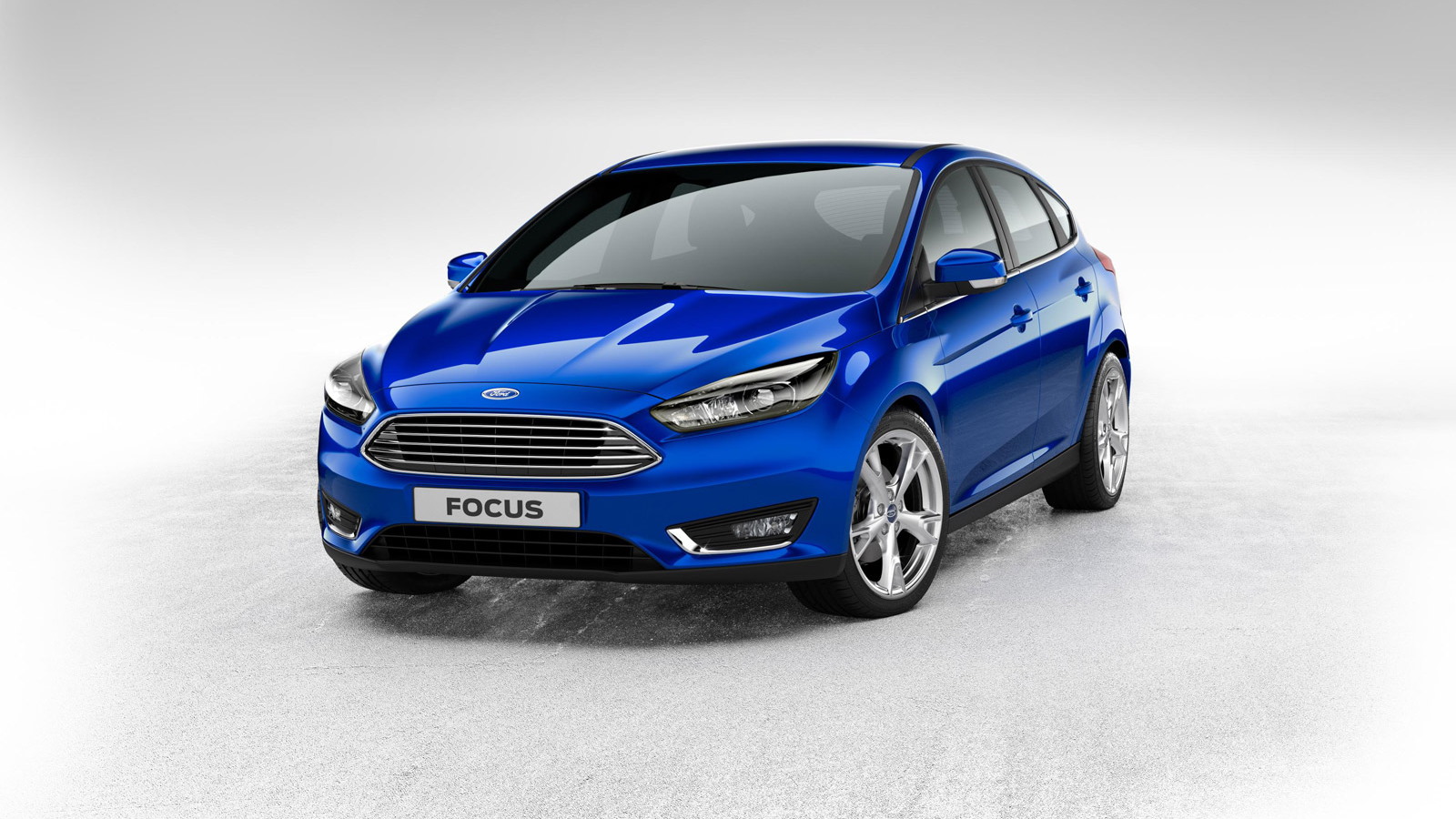 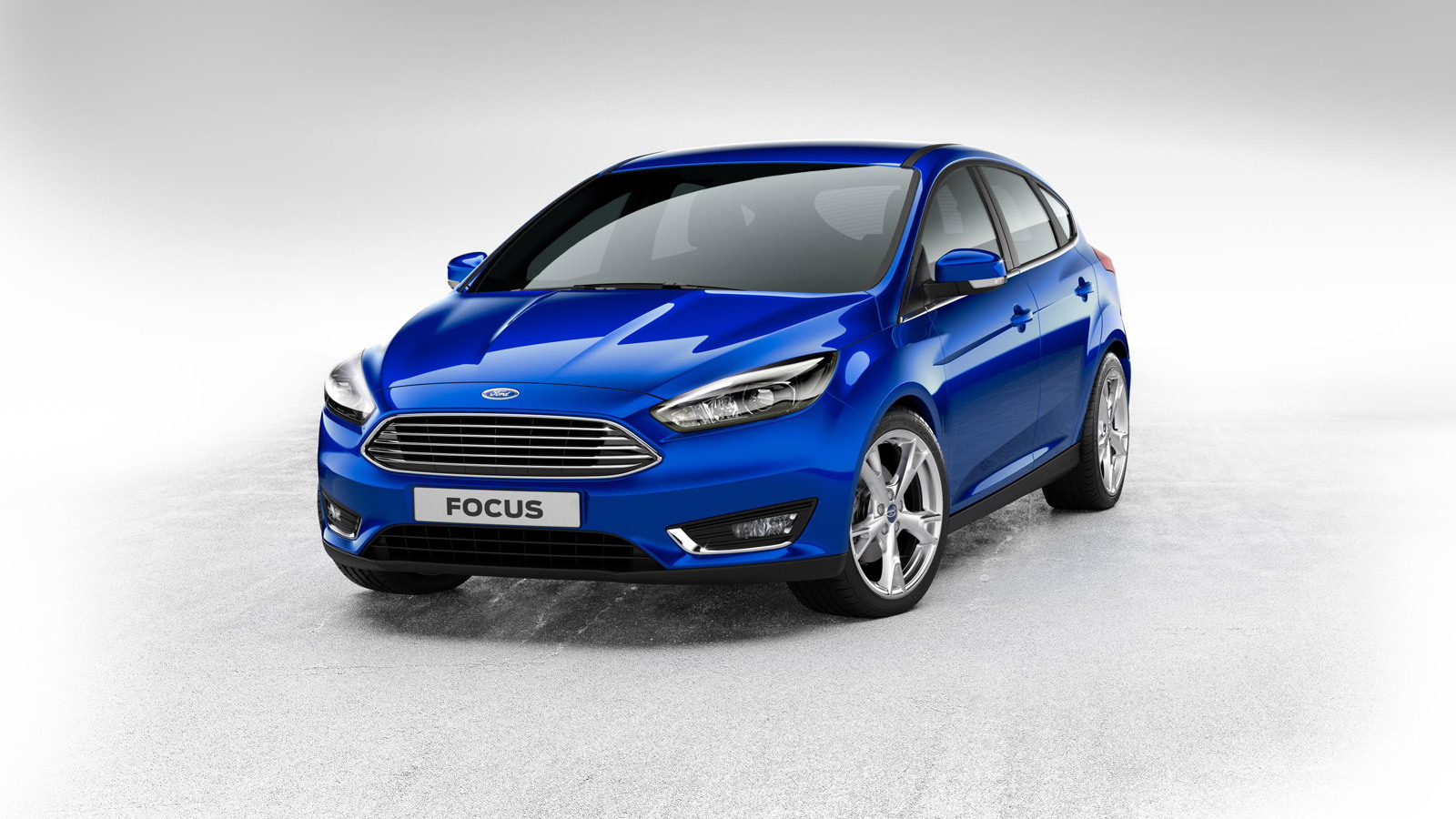 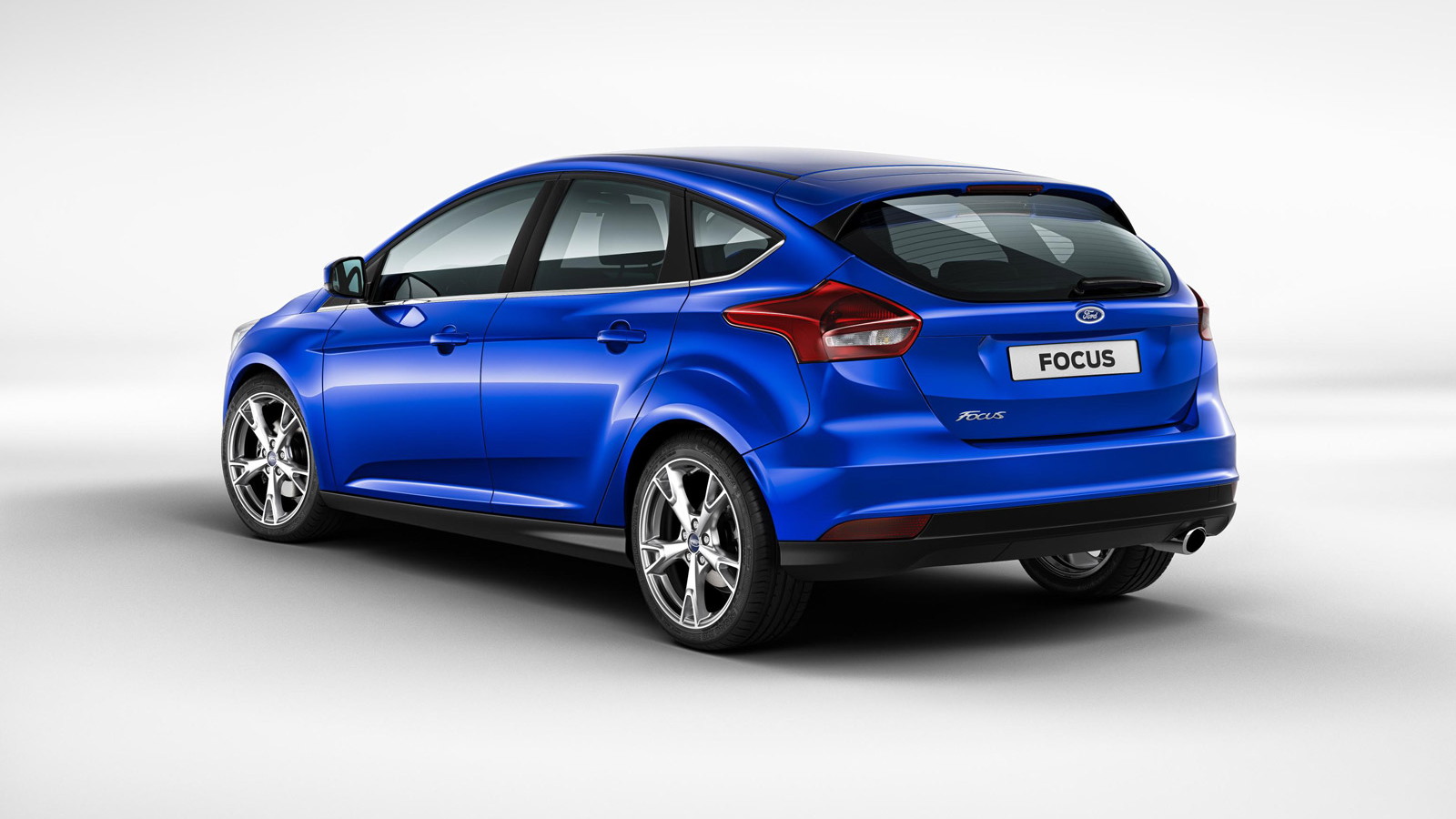 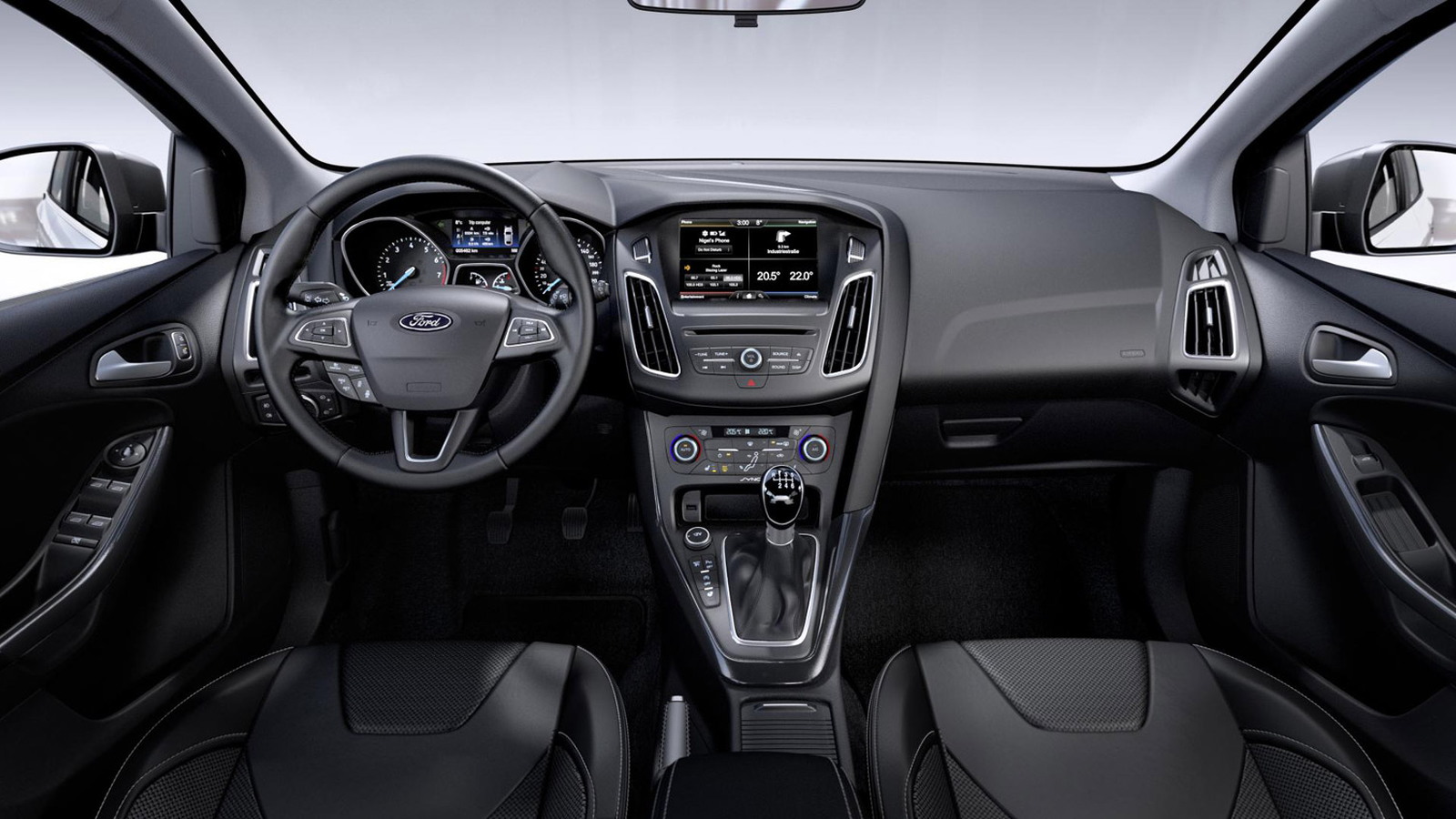 7
photos
The current Ford Focus is sold all over the globe and since launching in 2010 it’s gone on to earn the title of world’s most popular car. Ford Motor Company [NYSE:F] is now giving the Focus a mid-cycle update that will see the car gain revised styling, a new fuel-efficient engine, and the latest tech.

The car made its world debut at the 2014 Geneva Motor Show today and will be sailing into showrooms this fall, as a 2015 model. The sporty Focus ST is due to receive similar updates but is yet to be revealed.

The most obvious change is the styling at the front, which now more closely resembles Ford’s passenger car family look and adds a bit of sport to the Focus' character. The headlights get a high-tech look while the grille has been positioned higher. At the rear, the lights have been shrunk slightly and fitted with new graphics.

Inside, colors and materials have a clean, modern look, with satin chrome detailing, new seat trims, switches and an available heated steering wheel. Storage is improved with a new center console incorporating adjustable cupholders, and a new, easier-to-access glove box.

There has also been some suspension and chassis upgrades. These include a new shock absorber valve for improved ride comfort, a less intrusive electronic stability program system and a revised rear suspension to improve feel.

The big news, however, is the addition of a 1.0-liter EcoBoost engine to the 2015 Focus range, which Ford fans will already be familiar with in the Fiesta. American specifications for the tiny direct-injected and turbocharged engine are yet to be released but expect it to match the 123 horsepower and 148 pounds-feet of torque of the 1.0-liter EcoBoost offered in the Fiesta. A six-speed manual will be the only transmission option for this engine in the 2015 Focus.

On the technology front, the 2015 Focus will feature a package of sensors enabling a handful of driver-assist technologies such as a standard rearview camera and available blind spot detection and lane keep assist. Ford has also confirmed that the technology will allow the 2015 Focus to part itself in parallel and perpendicular situations, though it hasn’t been confirmed yet if these will be offered to U.S. customers.

SYNC with MyFord Touch is still offered, with the latter incorporating an 8.0-inch screen. Android and iOS smartphone owners will be able to download up to 60 apps that function in the car, some of which rely on real-time vehicle data such as speed, acceleration, odometer and location information in order to further customize and personalize the user experience.