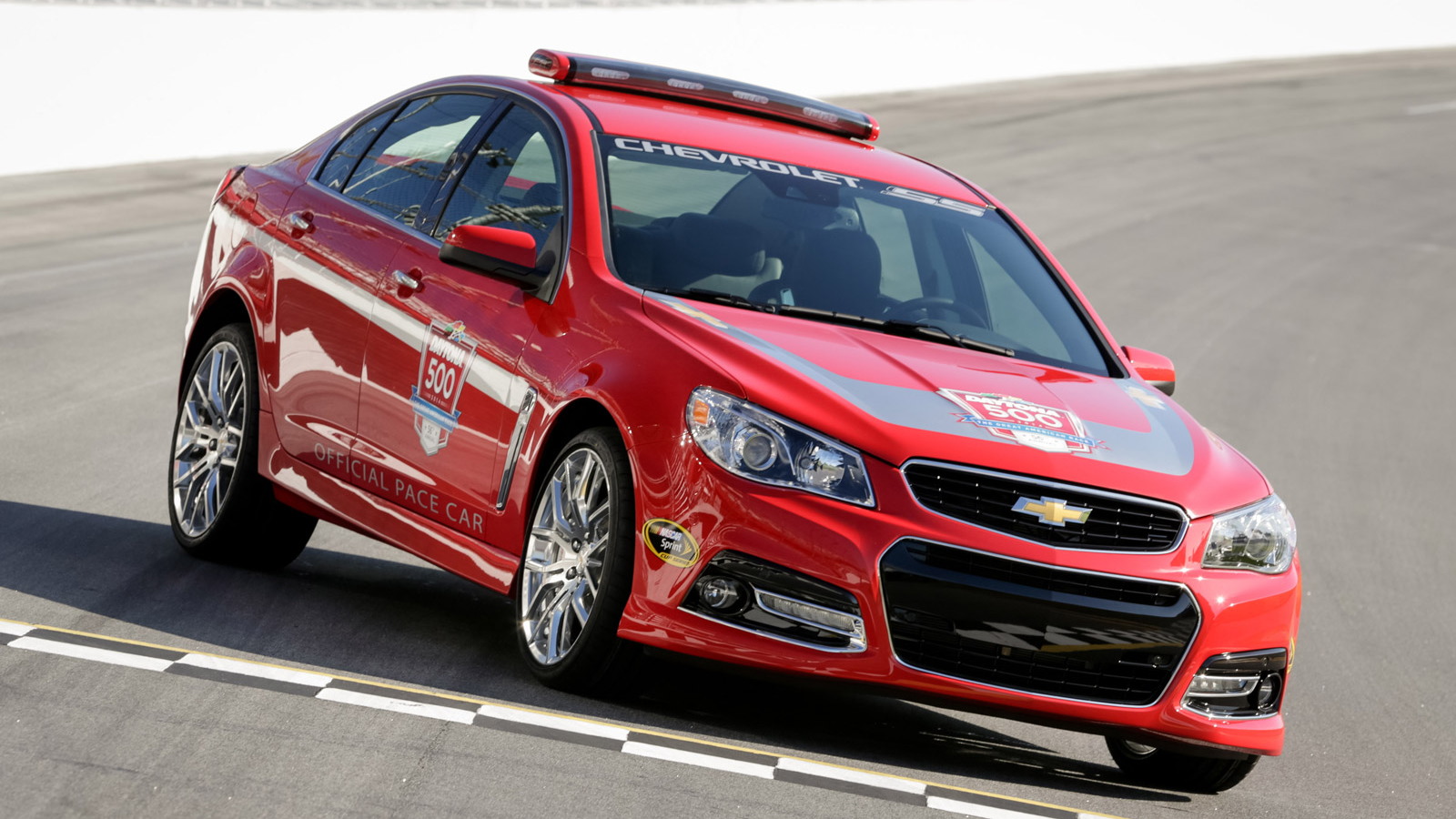 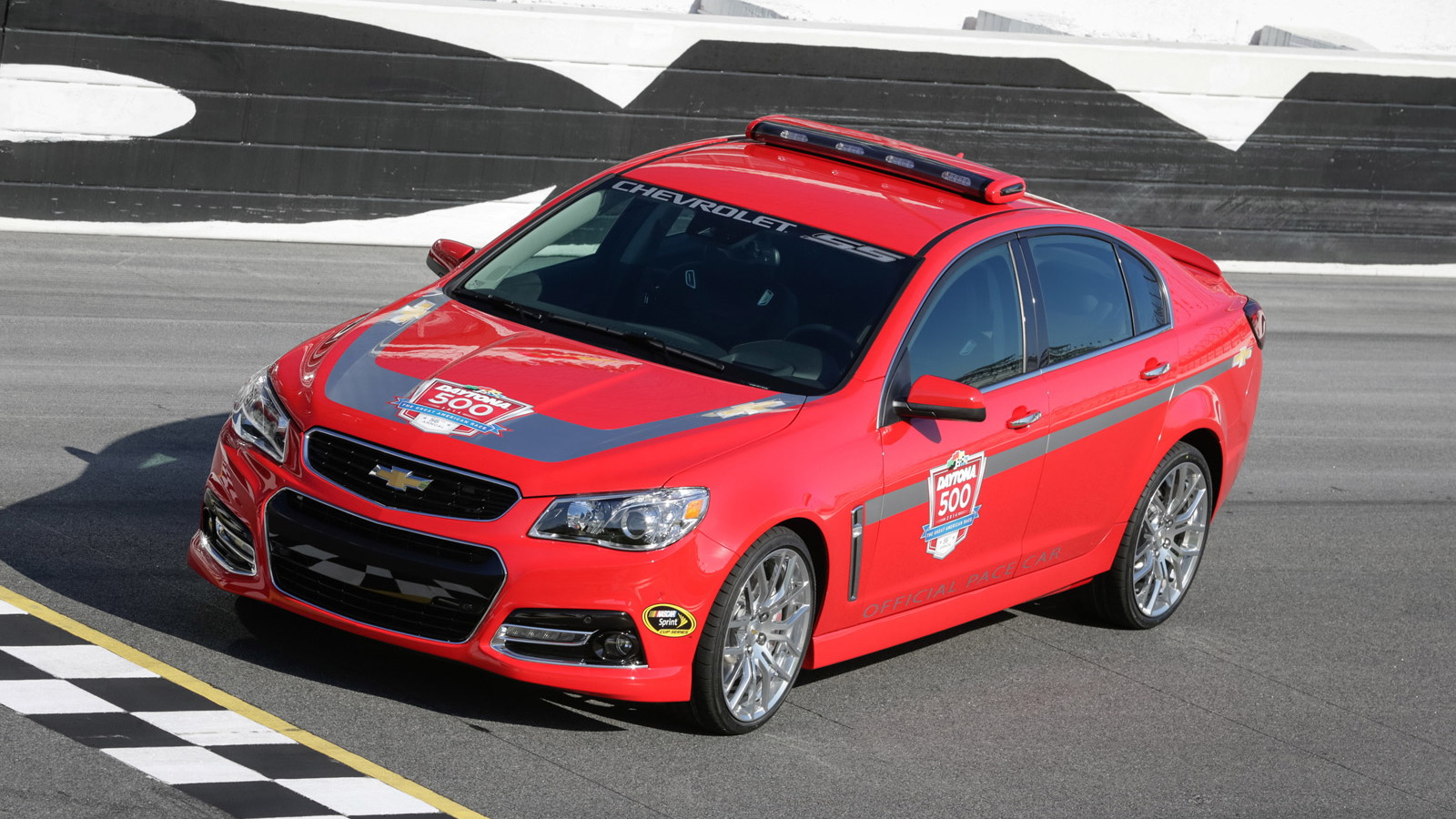 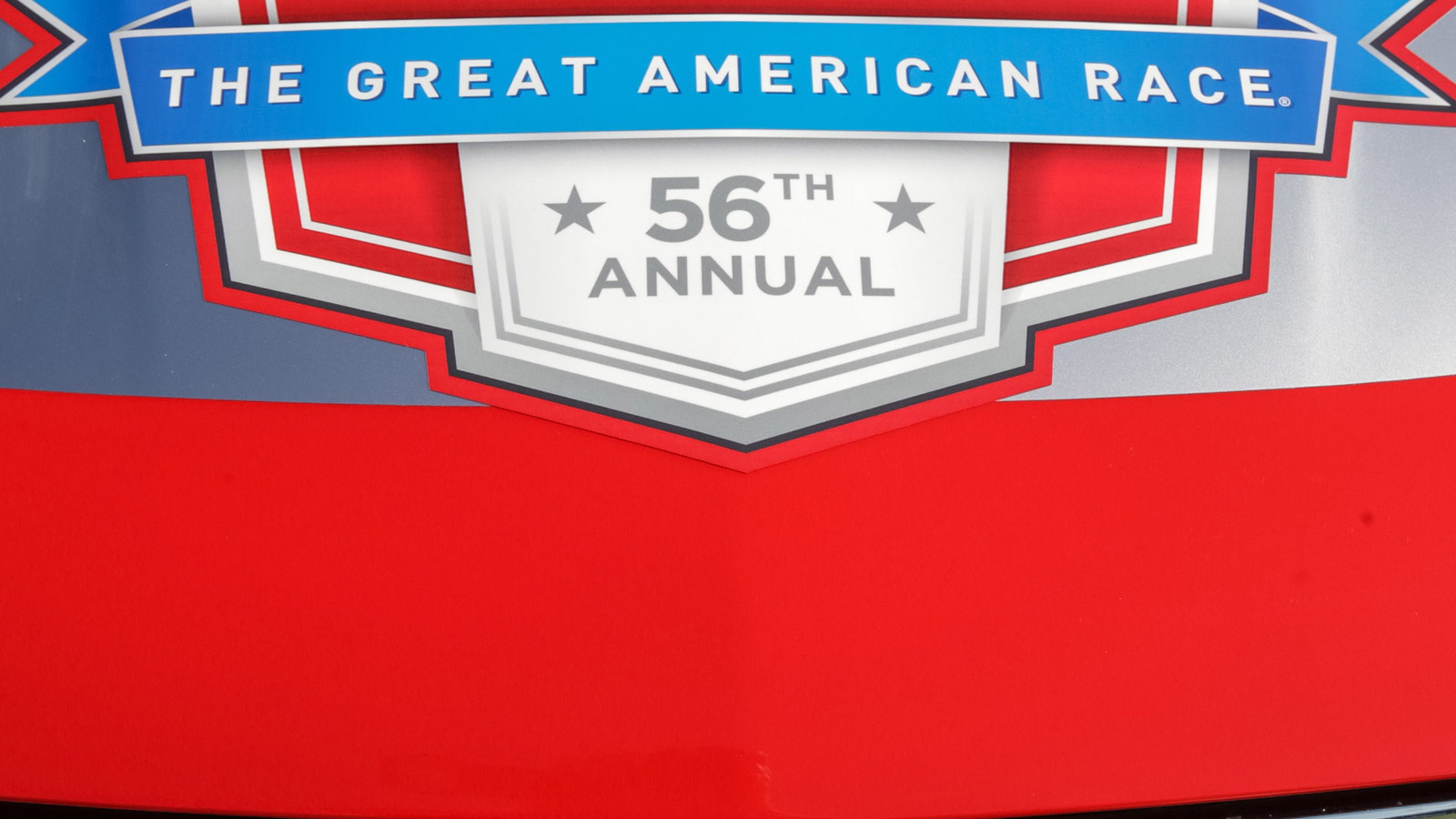 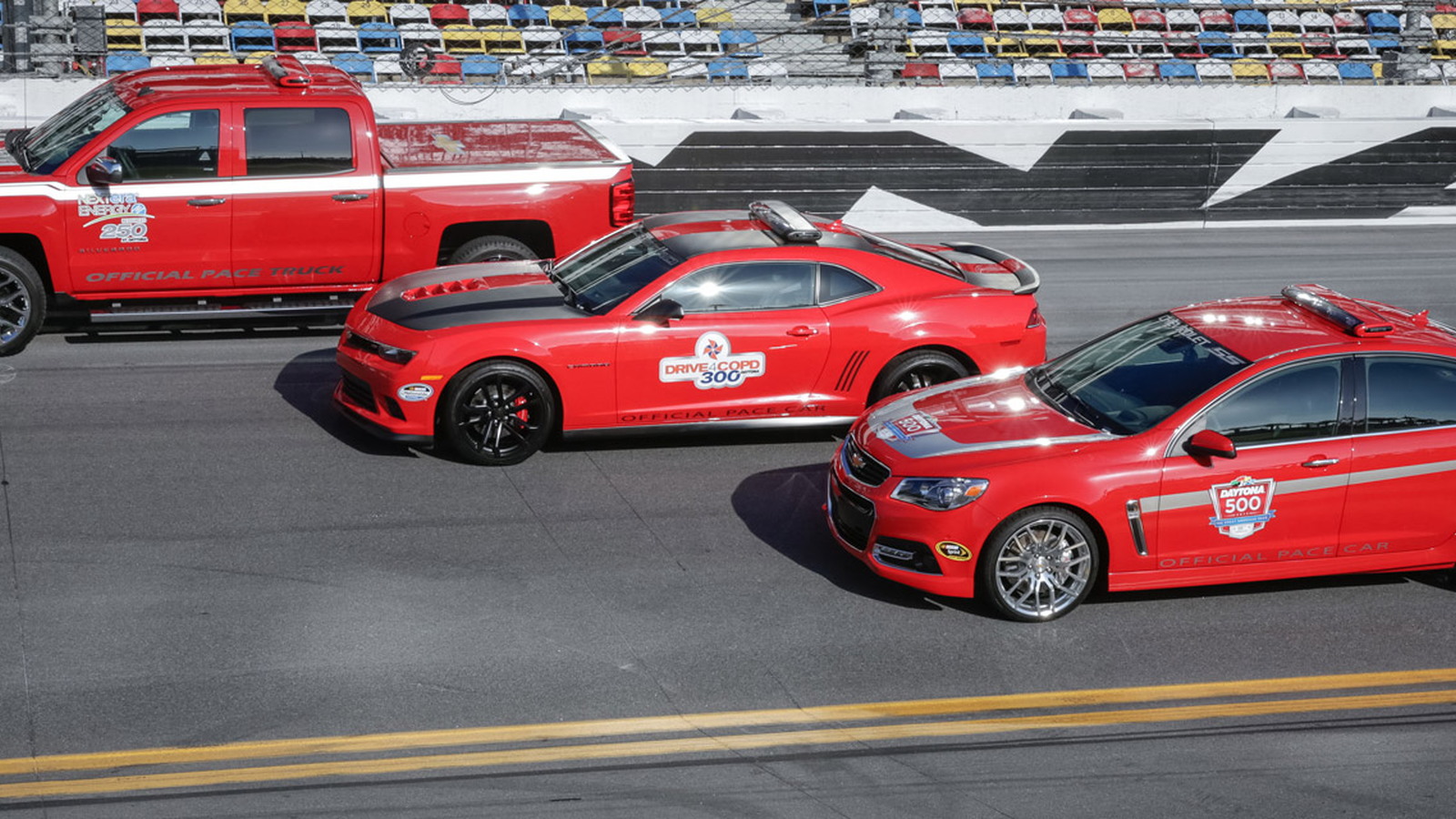 4
photos
Last weekend, during the NASCAR Sprint Unlimited exhibition race at the Daytona International Speedway in Florida, the event's 2014 Chevrolet SS pace car caught fire because of some faulty electrical equipment used to power its caution lights. It looks like the issue has since been fixed because the Chevy SS pace car is back, this time for pacing duties at this weekend’s Daytona 500.

The SS pace car is based on a stock 2014 Chevy SS but features a custom livery and a light bar on its roof. Powering all SS sedans, including this pace car, is a 6.2-liter LS3 V-8 rated at 415 horsepower and 415 pound-feet of torque.

Austin Dillon of Richard Childress Racing Chevrolet will start on pole for the 56th running of the Daytona 500 this Sunday after his epic performance during last weekend’s qualifying. He is the second straight rookie to start the race on pole, following Danica Patrick who did the the same at last year’s race.