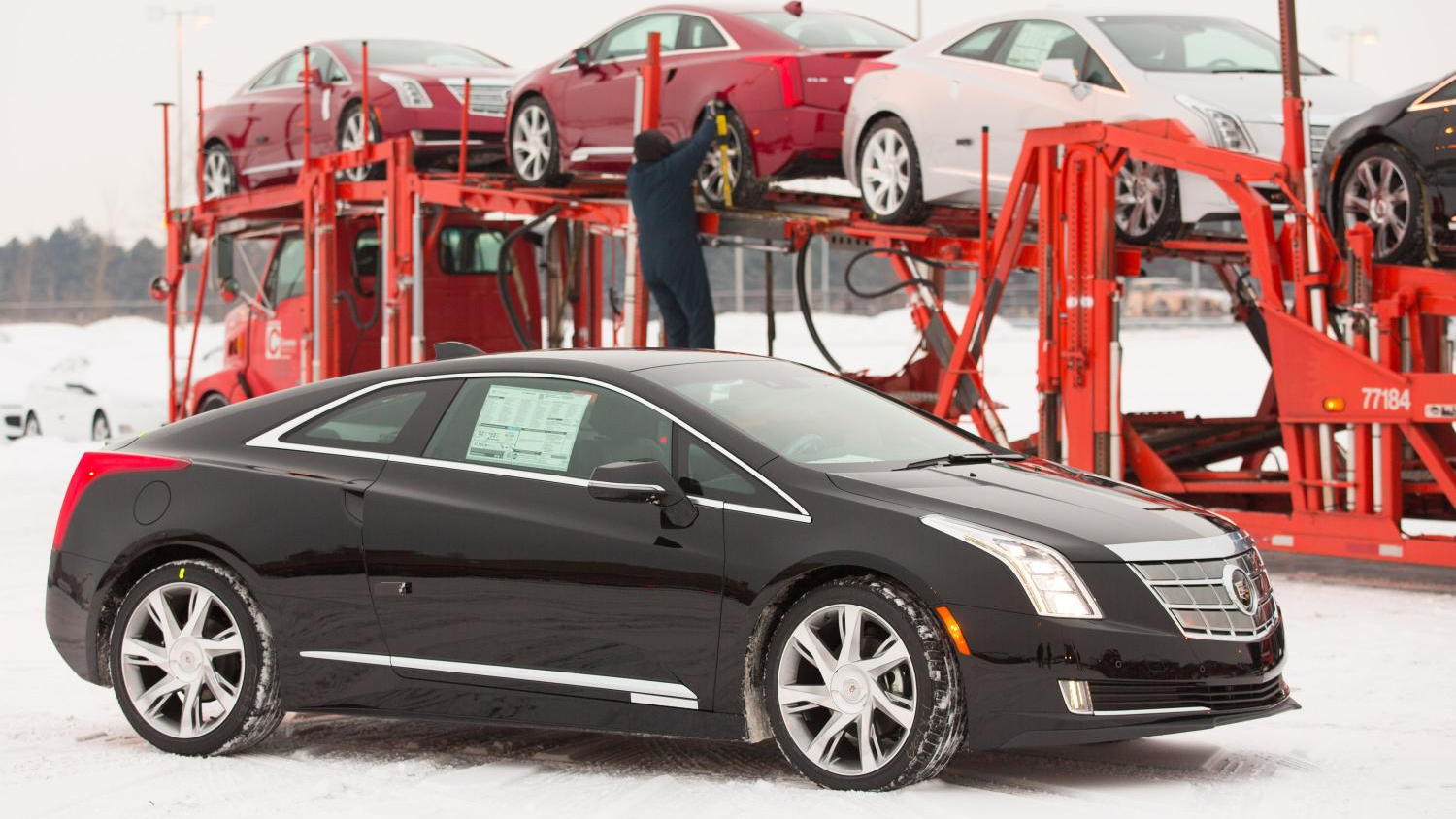 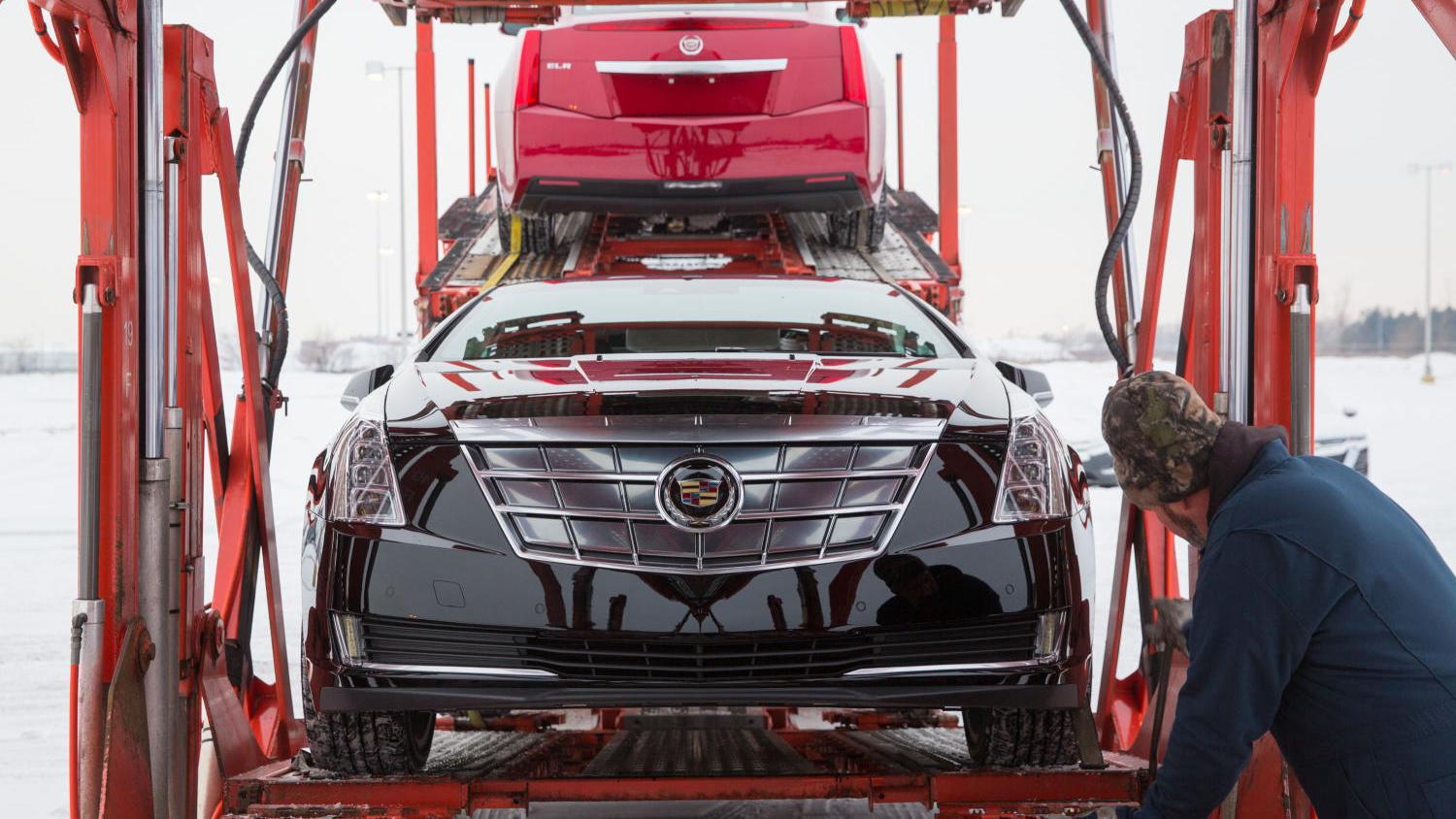 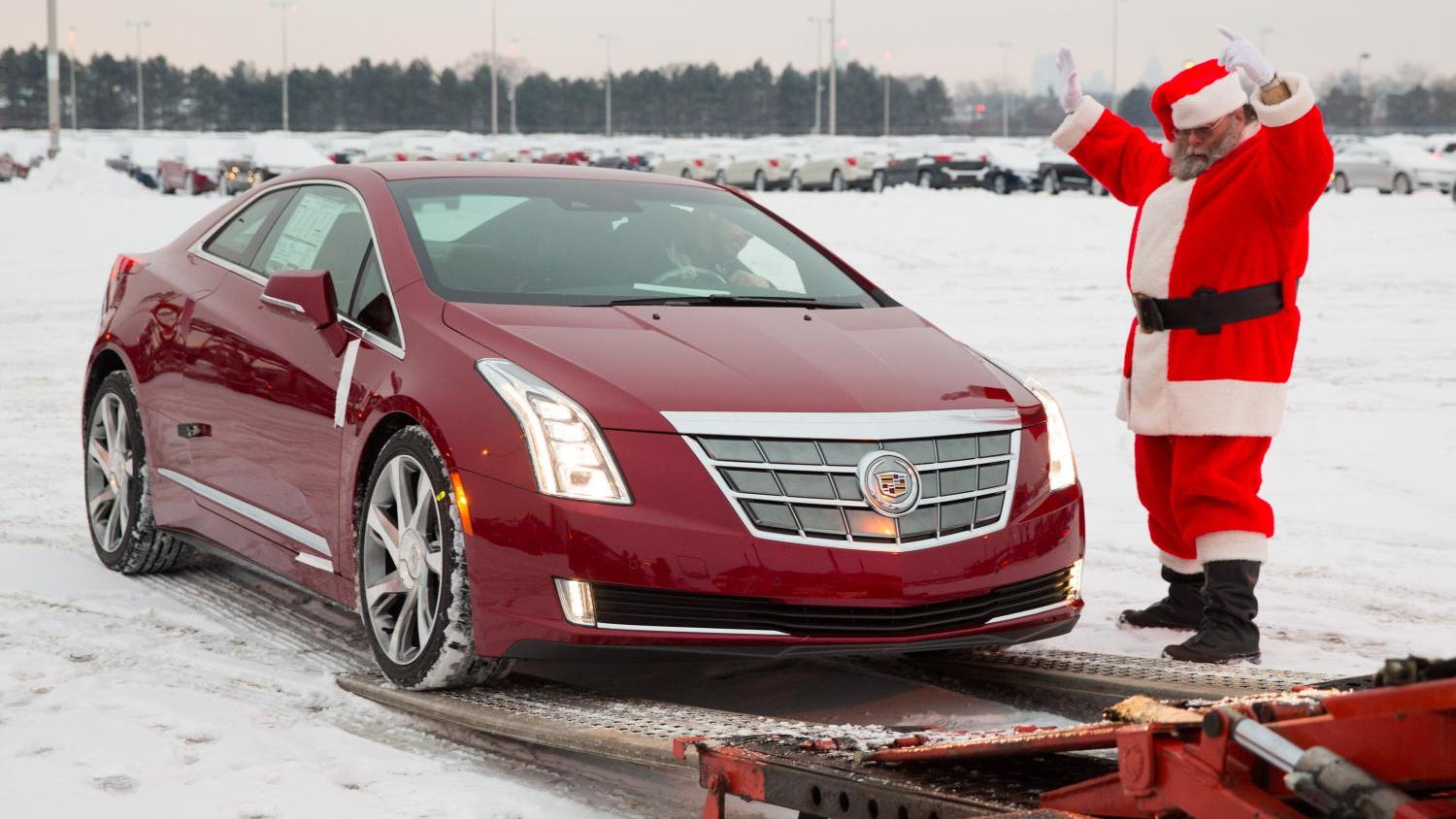 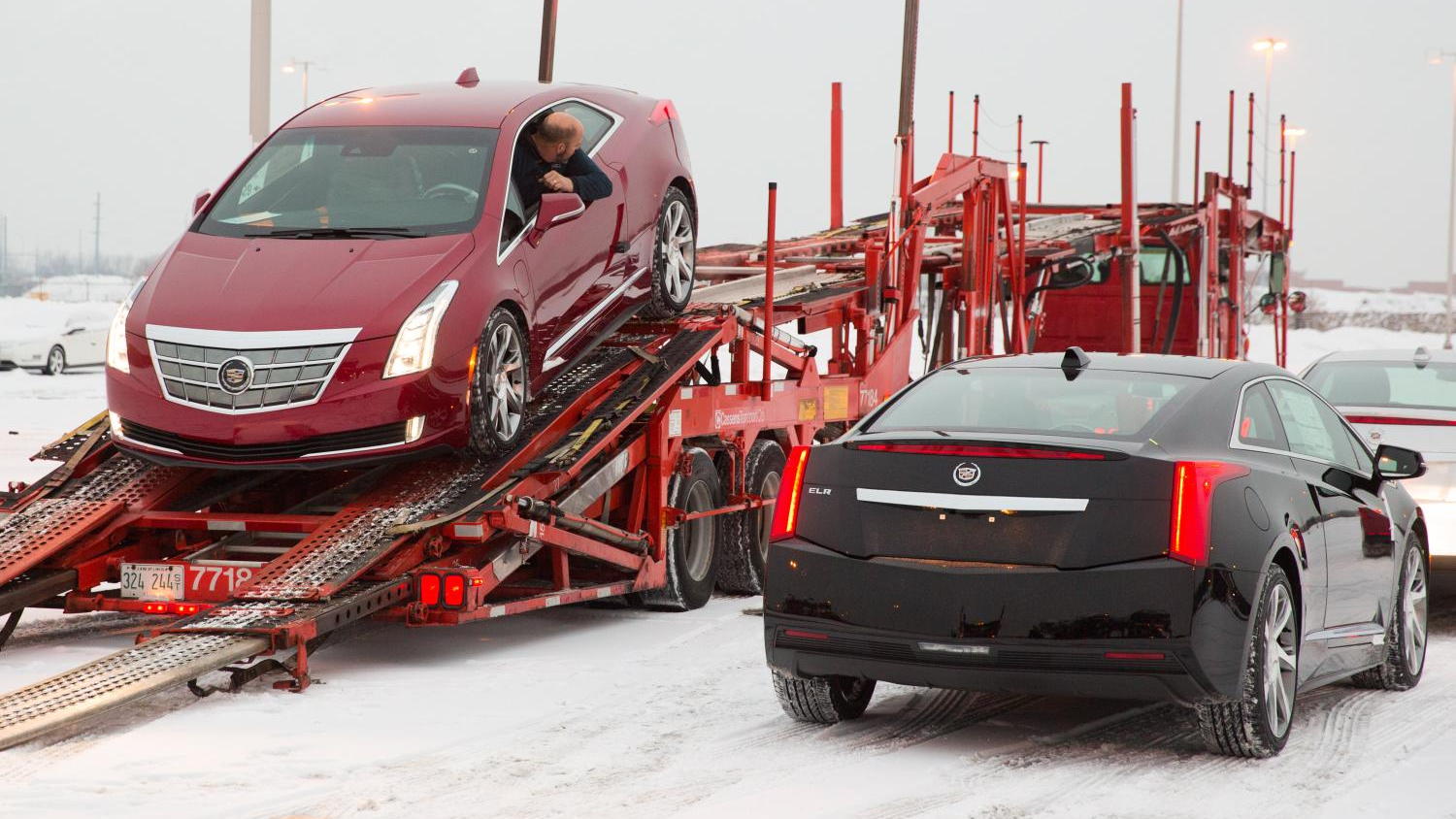 The beginning of ELR production marks the return of Cadillac to Detroit-Hamtramck, which also builds the ELR's twin, the Chevrolet Volt. The last Cadillac built there was the 2011 DTS sedan.

The ELR is a far cry from the DTS in every respect. Under the sleek coupe styling is the same plug-in powertrain as the Volt, consisting of a 1.4-liter range-extending gasoline engine, and electric motor, and a T-shaped, 16.5 kilowatt-hour lithium-ion battery pack. However, the ELR's total system output is 207 horsepower, compared to the Volt's 149 hp.

The Cadillac will also feature "Regen on Demand"--a regenerative braking system controlled by paddle shifters. Drivers will also be able to choose from four operating modes: Tour, Sport, Mountain, and Hold. The latter prioritizes either gasoline or electric power.

The powertrain should be good for 37 miles of electric range, and over 300 miles of total range, according to Cadillac. Recharging from a 240-Volt Level 2 source will take about 4.5 hours.

The ELR will do 0 to 60 mph in 7.8 seconds, according to Cadillac, but only when using its gasoline engine. In electric-only mode, the sprint to 60 mph takes 8.8 seconds.

The ELR will qualify for a $7,500 Federal tax credit and various state and local incentives, but that sticker shock will still probably hurt a little.

While sales don't officially start until January, some ELRs may well make it to dealers before then, giving Cadillac a potential opportunity to log a few sales before the end of 2013.