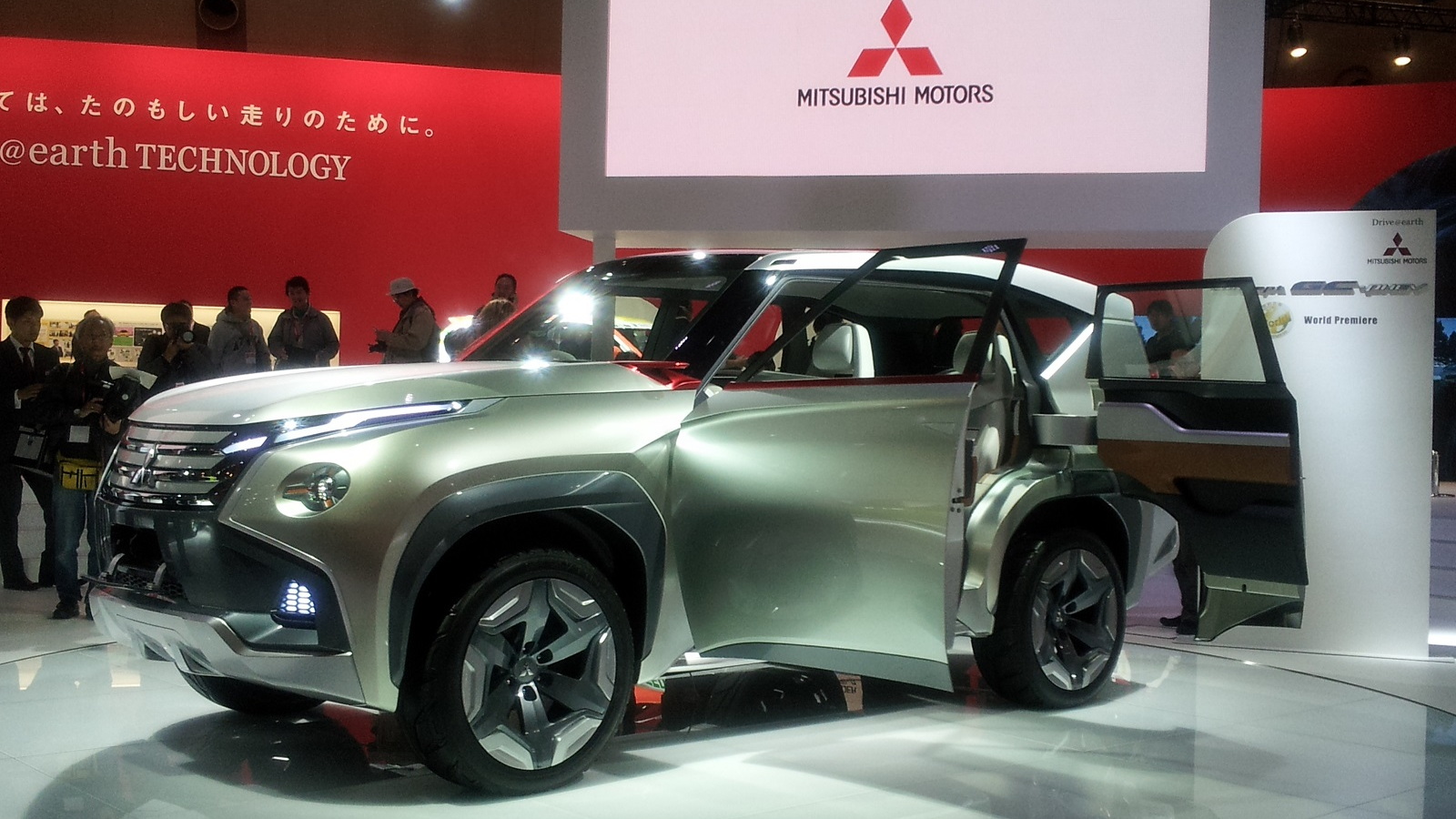 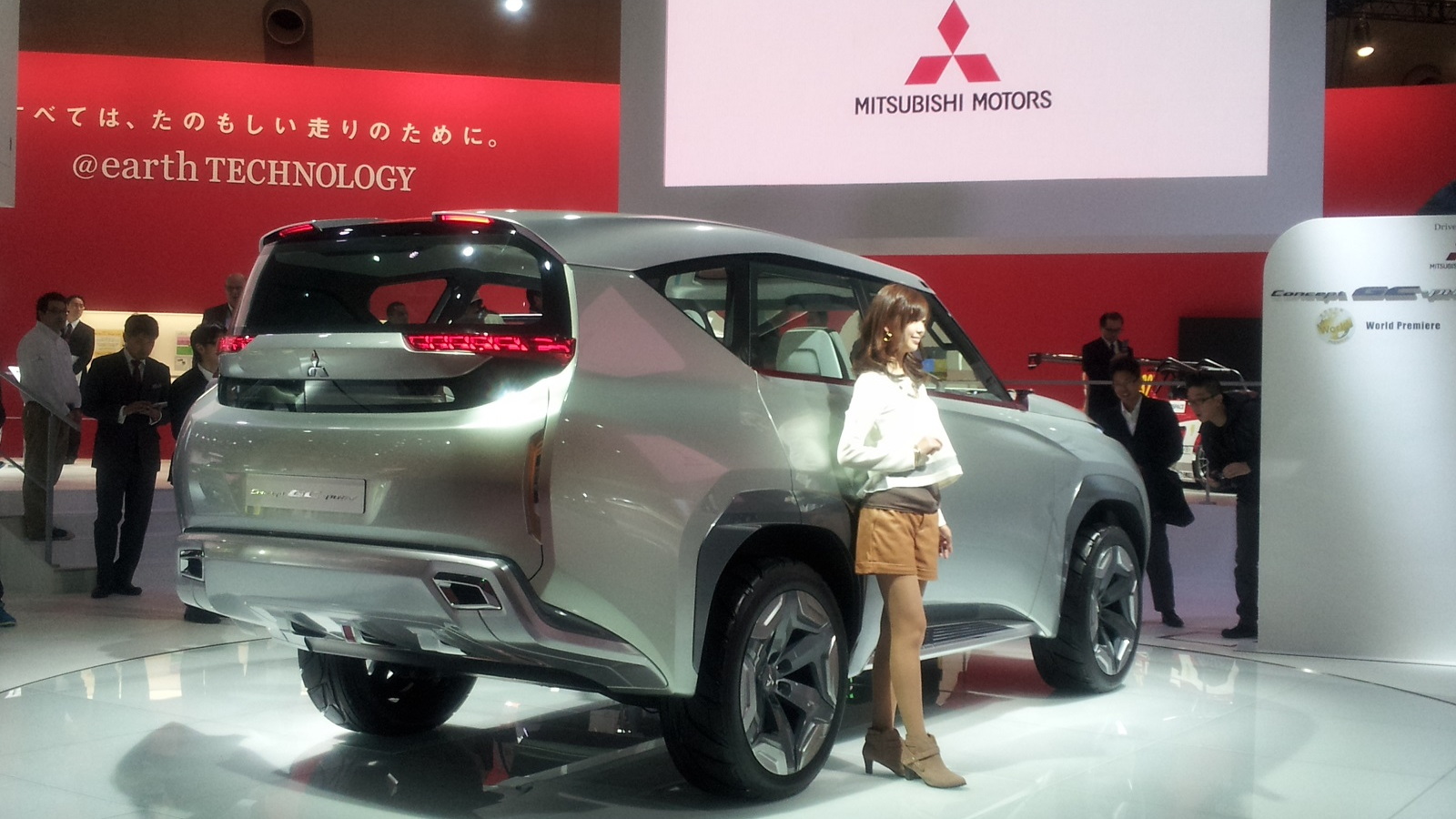 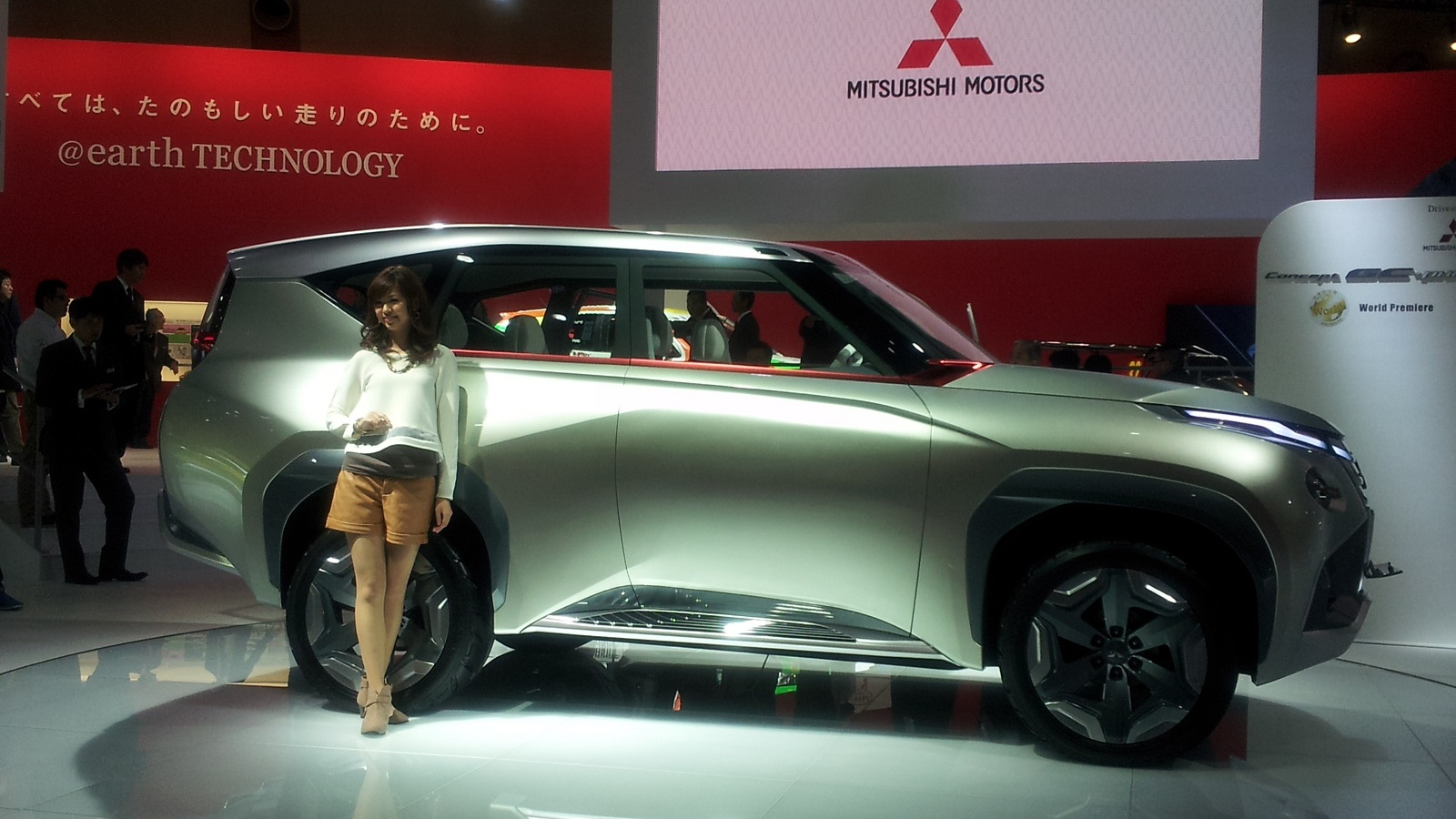 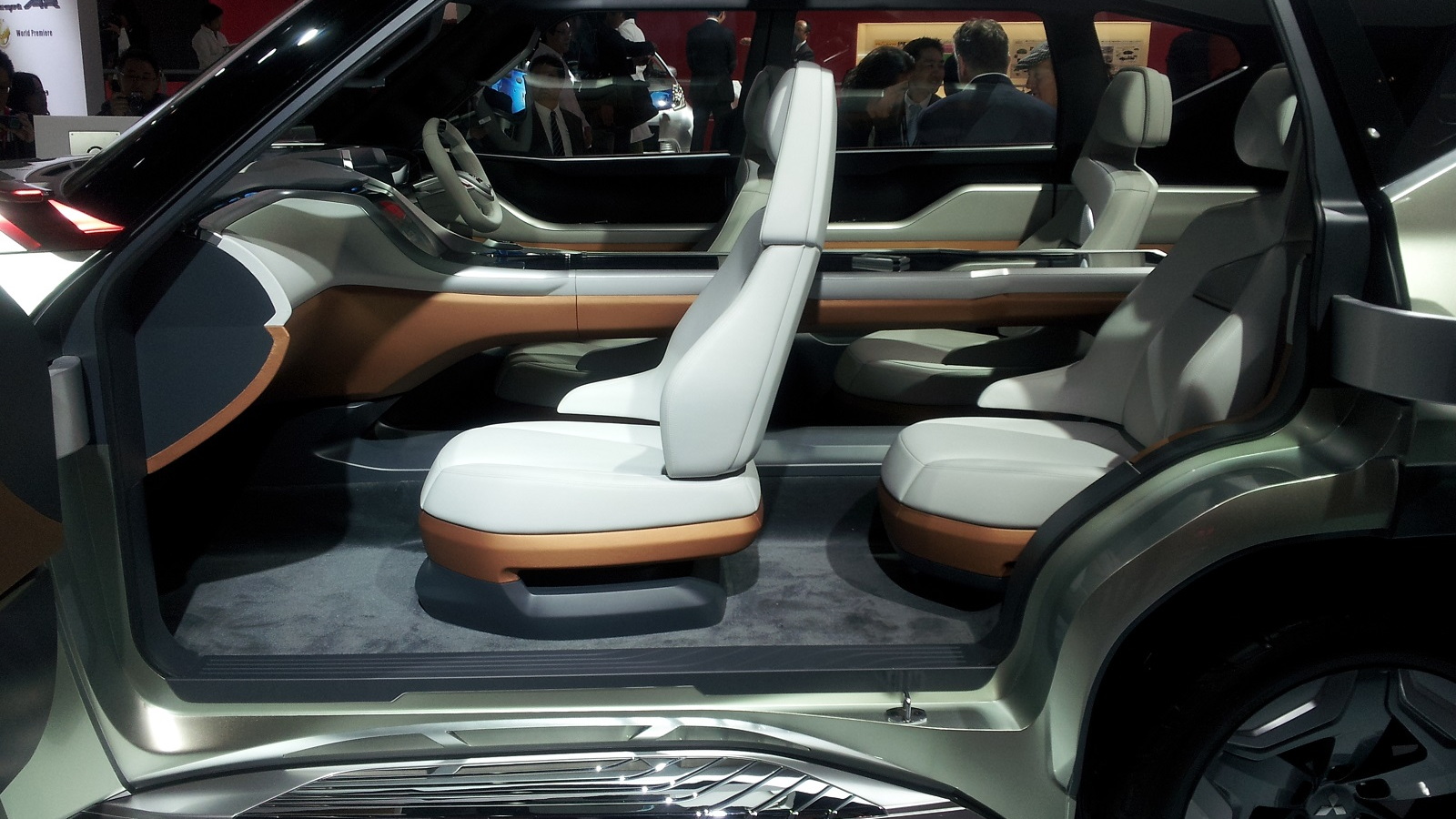 It may be struggling in the U.S. market, but Mitsubishi is still a big global automaker. For the Tokyo Motor Show, it rolled out three separate concepts.

Two of them pointed toward future designs for vehicles that may be sold in North America--a full-size sport utility vehicle and a replacement for the current Outlander Sport compact crossover--both with plug-in hybrid powertrains.

The third concept, for a small minivan or what Europeans call a Multi-Purpose Vehicle or MPV, is less like to come to the States.

That's a segment Mitsubishi has been absent from since 2006, when it withdrew the Montero. Its largest current vehicle is the Outlander mid-size crossover, new for 2013.

With a large, bluff front and swept-back, slit-like headlights, the GC Concept is massive and distinctive. Its sharply upswept rear leads to a bubble-shaped rear window, and rear-hinged rear doors without a center pillar open onto a luxurious interior with a prominent center console and only four seats.

With full-time four-wheel-drive, the plug-in hybrid powertrain uses a supercharged 3.0-liter V-6 engine, an electric motor, an eight-speed automatic transmission, and a lithium-ion battery pack. The Super All Wheel Control (S-AWC) system allows power to be allocated among each wheel as needed.

The second concept may be the one most important to Mitsubishi's future prospects in North America. The XR-PHEV is likely to indicate design themes and some overall shapes for the next generation of Outlander Sport compact crossover (the vehicle sold elsewhere as the ASX, launched in the U.S. in 2011).

The design concept has a descending, coupe-like roofline and its grille is large. Again, the headlights are slim and swept-back, but this nose--while distinctive--looks like it's the roundest, and hence the closest to the current Mitsubishi front end used on the Mirage subcompact as well as the new Outlander.

Another plug-in hybrid, this one uses a small turbocharged 1.1-liter engine paired with an electric motor and a lithium-ion battery pack, as well as a conventional transmission.

Finally, the AR or Active Runabout concept is a design study for a small minivan or people carrier. It too uses the 1.1-liter turbo engine, with what's described as a mild-hybrid system.

Long in the body and blunt in the front, with a vertical tail disguised by an angled roof pillar, the AR has a long center section to maximize space for people and cargo.

Save for the Ford C-Max and Mazda 5, there are few vehicles of this type sold in the U.S., and any production version would not likely make its way to our shores.

Finally, the company offered a return engagement to one of the most jaw-dropping concepts it's ever built. With a steeply rising beltline and a pickup bed located almost entirely behind the rear axle, the GR-HEV Concept four-door unibody truck would be likely to draw attention and stares if put into production in its current form.

Unveiled at the Geneva Motor Show last March, the GR-HEV is a design study for a pickup truck with a diesel hybrid powertrain that pairs a 2.5-liter diesel engine with an electric motor and the company's S-AWC permanent all-wheel-drive system.

Like the Outlander Plug-In Hybrid, the GR-HEV offers multiple driving modes depending on circumstances: electric only, diesel only, and combined hybrid power. The company says a vehicle this size with the diesel-hybrid drivetrain could get a combined fuel economy of up to 40 mpg.

Rumor has it that Mitsubishi will launch a production version of the GR-HEV, perhaps as early as next year.