Fans of classic British metal should keep their eyes on the auctions pages over the next few months as three iconic sports cars go under the hammer.

Most desirable of these for many will be a 1965 Aston Martin DB5 offered for auction next month at the NEC Classic Motor Show in Birmingham, U.K. Even without the James Bond connection--played upon heavily in the Silverstone Auctions press release--the DB5 is among the finer British cars ever produced.

Designed by Carrozzeria Touring Superleggera and powered by a 4.0-liter, 282-horsepower inline-six, the DB5 has become legendary as much for its performance and style as it has its on-screen appearances with various Bond actors over the decades.

This example is particularly fine, as you'll infer from the 280,000-310,000 British pounds ($450,000-$500,000) estimate it commands. Its Silver Birch paint scheme is identical to that of 007's cars, and while it lacks their gadgets it loses none of their style. It's even had a jet-setting history; this car originally sold in Australia before returning to the U.K. in 2012. Since then, the DB5 has enjoyed a full restoration and is sure to be a star at the mid-November Classic Motor Show.

Two other British classics will also be up for auction in just a few days time, through international auction house Coys.

A barn-find 1961 Jaguar E-Type coupe--chassis number forty--and a 1951 Jaguar XK120 roadster will both go under the hammer at Ascot, on the outskirts of London. The former was abandoned in a barn near Le Mans in France in 1974, but has survived remarkably well despite its four decades in hiding. 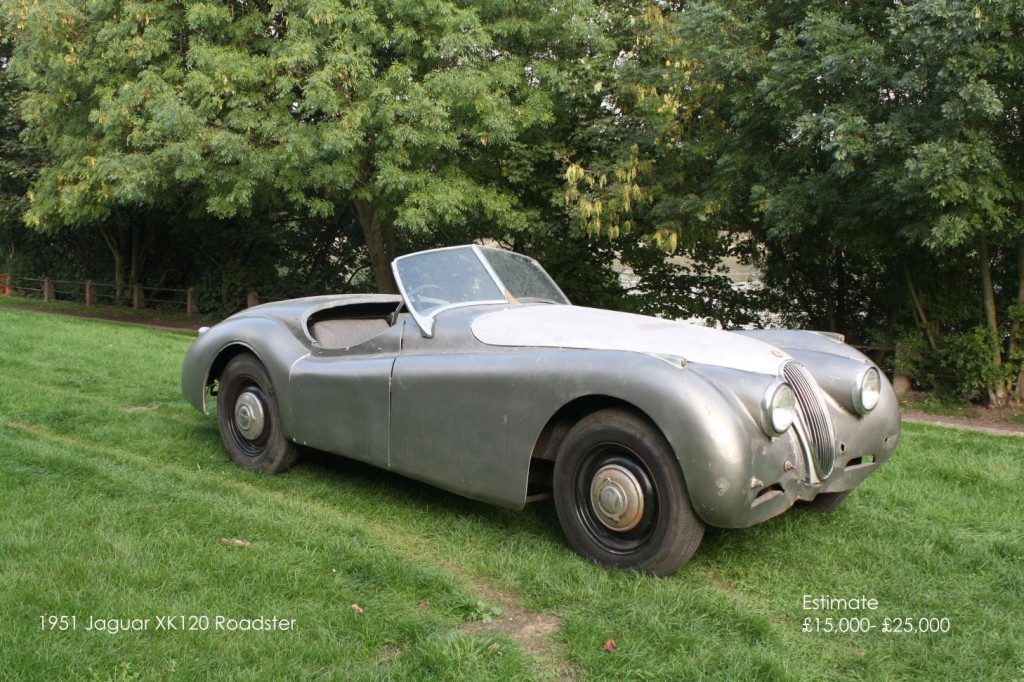 1951 Jaguar XK120 going under the hammer with Coys